It feels awkward to be doing a preview of The Arcade Crew and developer 1P2P’s upcoming beat-’em-up Young Souls right now. Not because the game itself has its questionable moments, it is indeed an incredibly fun game based on what we’ve played so far. And it’s not awkward because we’ve already previewed the game last year, and not that many major changes seem to have occurred. There’s always something to be mined from a game with a lot of potential such as this. Doing a preview for Young Souls is awkward because…technically the game is already out. Right now. There’s nothing stopping those reading this from heading out and playing the game in full. And there is nothing stopping us from reviewing the game.

The catch is, as evidenced by the “technically” back there, is that Young Souls is currently a timed exclusive for Stadia. And it feels as though any deal to make it a timed exclusive was made well before that ship started sinking, because the press releases have done the barest minimum to bring up the game’s current availability on Stadia, instead acting as though the actual release will occur later this year instead. That said, it’s not the only game that’s been acting this way, as this Summer saw games like Wave Break and Orcs Must Die! 3 essentially try to re-market themselves as new releases, trying to pretend as much as possible that Stadia never happened. Honestly, it almost feels sad. 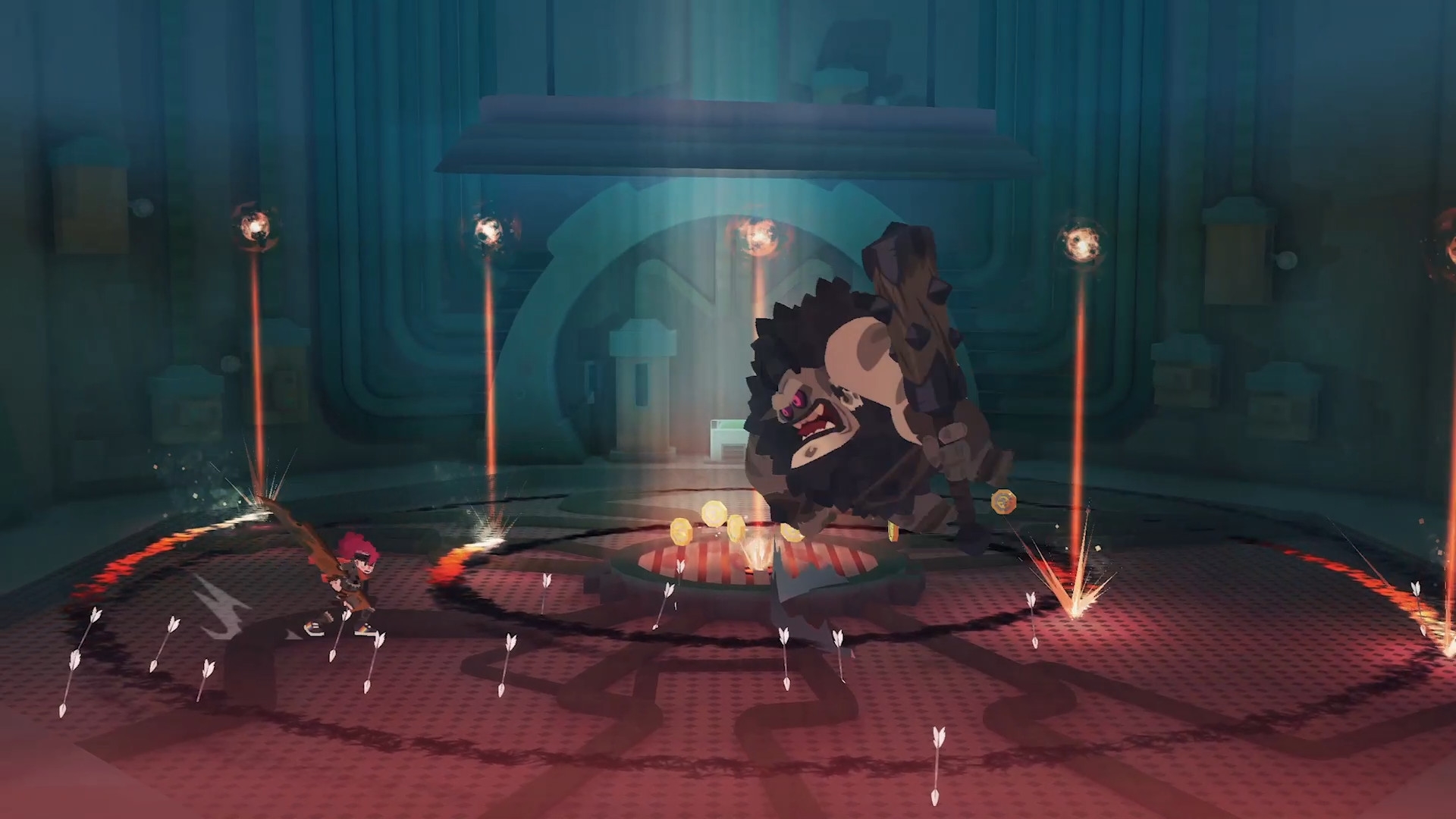 But this isn’t meant to be an article about Stadia, this is meant to be about Young Souls, and in case you aren’t a Stadia player, then the upcoming week-long Steam Next Fest beginning on October 1 has you covered with a new demo. We had a chance to try it out in advance, and if you’re looking for recommendations when it comes to the mountain of demos to try out, it goes without saying that this is one to immediately make a beeline for.

Notably, this demo has an introduction to try out compared to the previous one. It’s something simple with an in media res moment that serves as a tutorial, then an introduction to our orphan protagonists Jenn and Tristan as they set out to pawn some junk to help raise funds for the Professor, their current caretaker who clearly sees themselves as a father to our duo, even if they’re having trouble accepting it. After enduring wild rumors and returning, they find the door to their house broken open, the Professor missing and the secret door that always remained locked is now open. Behind it lies a whole new lab, a mysterious gateway and revelations concerning the Professor…as well as a portal to a goblin realm with hordes of goblins and other enemies waiting to invade. 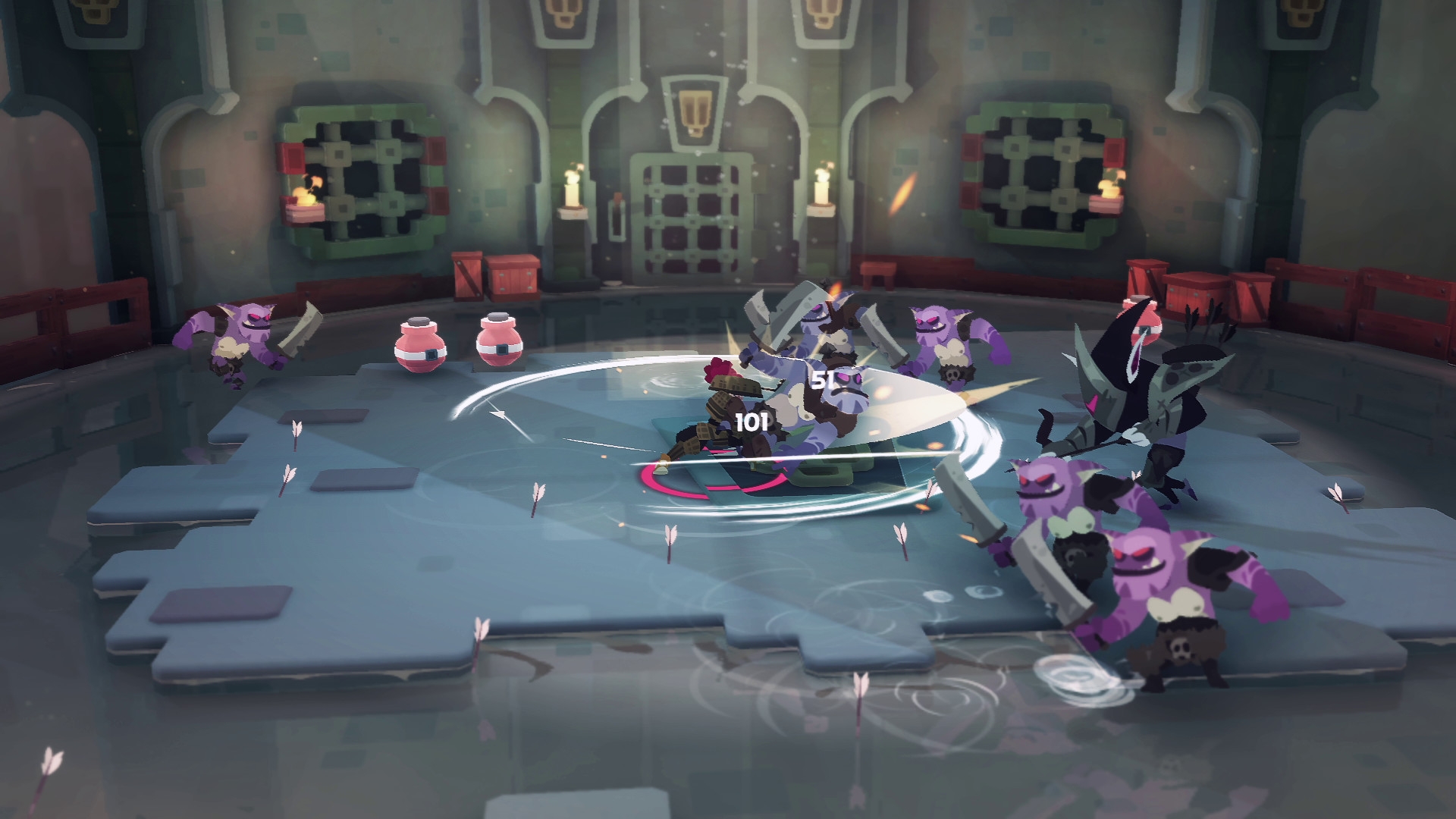 And with that, we begin the main meat of the gameplay, using time outside of the dungeons and in town to purchase new gear to equip (some being cosmetic, some not), either grabbing sneakers and clothing in the human shops or armor, weapons and more in the underground goblin market. Naturally, the latter boosts your starts more and allows for different skills, which is where the RPG mechanics nicely come into play. Unlocking these shops requires rescuing friendly goblins from captivity, however, which is where the brawler bits come in as players traverse various dungeons and fight massive bosses in order to free them, as seen in the demo with two shopkeepers that can eventually be freed.

There isn’t a whole lot to arguably say about the gameplay so far, which has you heading between areas and fending off enemies with light attacks, charged attacks, special attacks, parries and more. It’s simple, yet extremely effective and executed almost perfectly. The use of hub areas that you can access with a lab computer is also a nice touch, giving players various little treasures and optional areas (including a boss battle with a nice reward) to revisit. But one definite thing of note is that in our last preview, we said Young Souls would be perfect for multiplayer battles. But how well does it do with single-player? Also just as well, it seems. 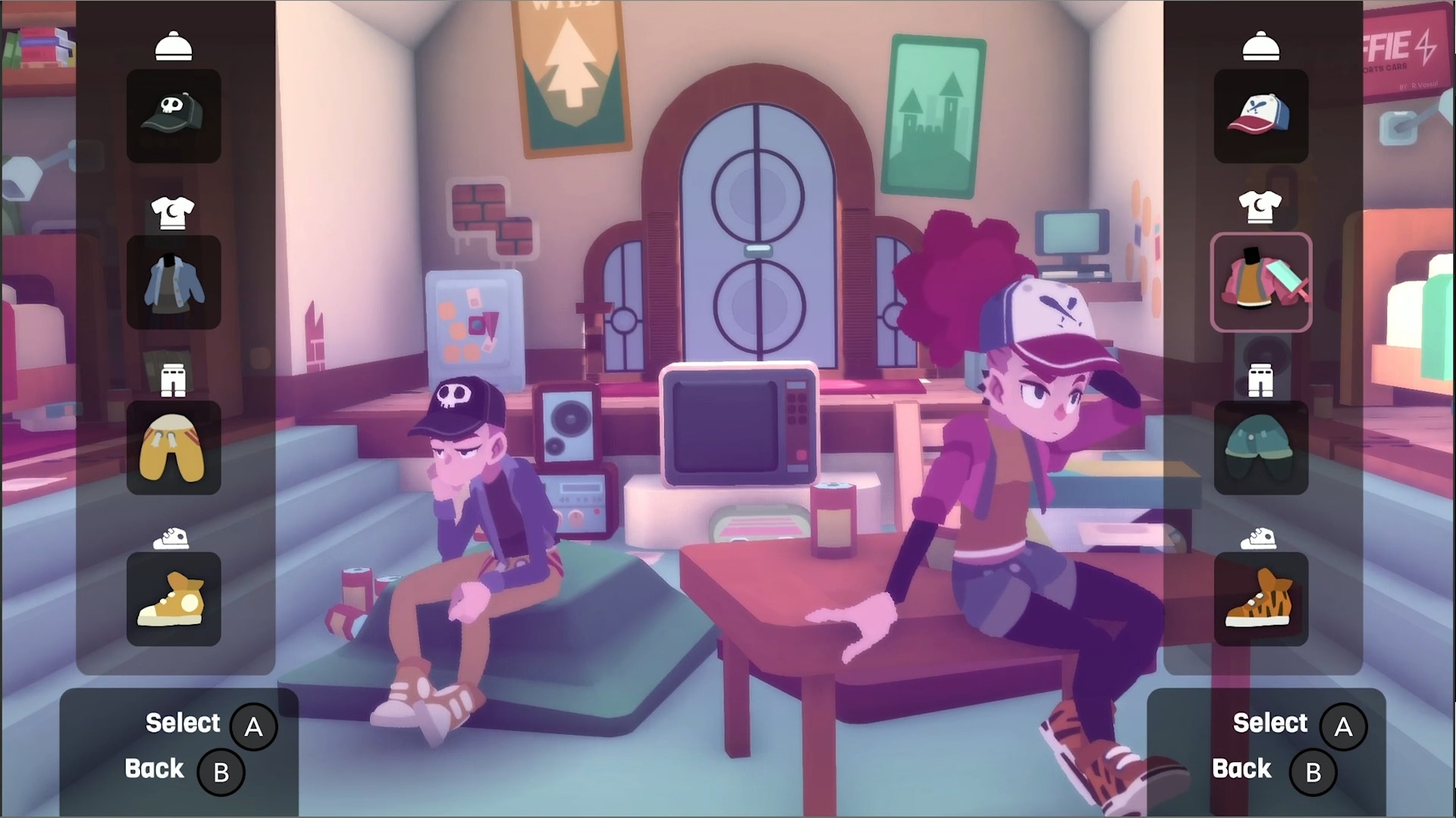 The twist in single-player is that you can switch between Jenn and Tristan at any time with a single button push. They can’t share armor and weapons (unless you have doubles), however, and need their own loadouts. And when one is swapped out, they have the opportunity to regenerate health while the other one is active. Suddenly, there’s a notable bit of strategy involved as you try to figure out which twin works best, and timing it right so that one can recover after nasty blows. And while you can still resuscitate the other if they’re knocked out, you can only do it so many times, throwing a classic “three lives” system into the mix.

It all makes for some nice and challenging stuff, especially when up against hordes of enemies or huge bosses, including a giant mummy spider and a skilled archer that had three life bars, using more powerful attacks each time. It was tough but fair, helped by rewards that were worth it, such as hordes of goblin loot, including a prime weapons that dealt poison damage and summons spiders as a special attack, which helped distract enemies. The demo ended before a potential third boss encounter, but we’ll just have to wait for that. While there’s more to discuss when it comes to Young Souls, including the superb and stylish visuals mixing 2D and 3D and the hints at a deeper narrative, that will have to wait for later when Young Souls is due out for PC, Switch, XB1 and PS4 in Q4 2021, or you can get it now on Stadia. So for a lot of you…Q4 2021.