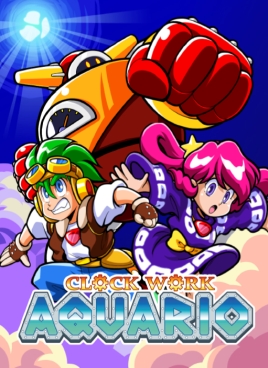 Westone was a highly-regarded development team in the late ’80s and early ’90s that were best known for their Wonder Boy games, but found themselves in a tough spot by the early ’90s. The industry as a whole still enjoyed 2D side-scrolling games, but the arcade world had moved on from them with 2D fighters and 3D games being seen as the future by 1992, with games like Virtua Fighter on the horizon. As a result, the company’s planned action-platformer Clockwork Aquario never saw the light of day in its time. It was completed and ready to go but tested poorly and was then shelved. Thankfully, Strictly Limited Games saw potential in the game and bought the rights from Sega, resulting in a game that captures a lot of the fun of early ’90s arcades in a console experience.

With three playable characters to choose from, Clockwork Aquario blends fast-paced action in both a traditional platforming style as well as using a lot of action-platforming. Short and long-range fun can be had with the three main characters largely using short-range attacks, but a hop and bop-style of gameplay allows them to jump on a foe and then use them as a long-range projectile. It’s an odd mechanic in theory, but one that works well in execution and leads to the game having a strong early Treasure vibe. After playing Clockwork Aquario, it would have fit right in with ’94 games like Dynamite Headdy and Gunstar Heroes because it does so much genre-blending that there’s nothing else like it out there — which is all the more impressive for a shelved game from almost thirty years ago.

Rondo, Elle, and the giant adorable robot Gash stomp through enemies and can headbutt foes as well, adding more logic to the hop and bop genre. They can all attack from a variety of directions and can even catch enemies thrown from another player — which makes boss battles in multiplayer truly intense. One can already beat them with a bit of pattern memorization and tossing the underlings at the boss, but the pace ramps up considerably when you add another player who can guide a foe to you to then toss at the boss.  It’s a theoretically small mechanic, but it’s an inventive one that adds another layer of fun to multiplayer gameplay. The amount of depth in what should theoretically be a simple game is impressive. 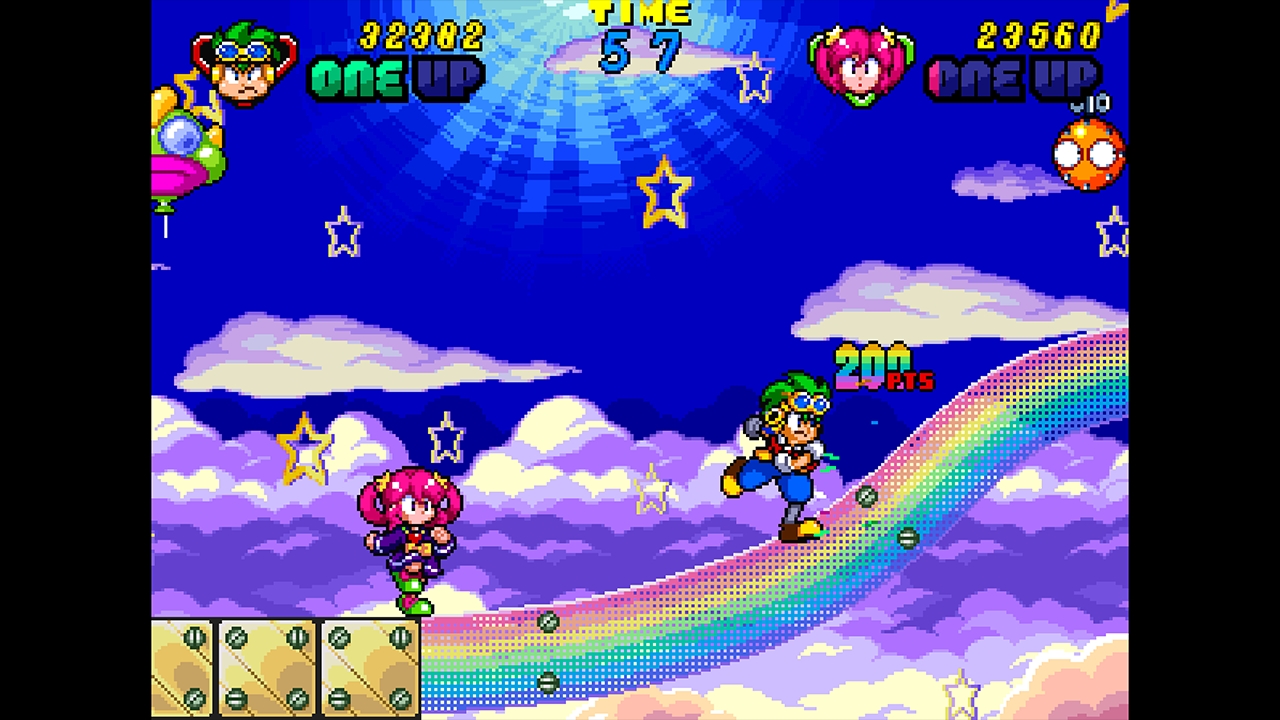 Clockwork Aquario is also addictive and features a slow, steady ramp up in difficulty that ensures players can excel early on, but will test their mettle later on. The ability to catch and throw enemies is a lot of fun and being able to throw them upwards makes a screen full of enemies go from seeming like a chore in some games to a fun series of obstacles to be overcome. Having a temporary invincibility feature is great too and makes some of the most challenging stages more rewarding since the player can go from being overrun by foes to then becoming an unstoppable powerhouse that destroys everyone with a single touch. The two-hit point system ensures that players have to stay on their toes as health refills aren’t plentiful.

The tightness in the controls is something that furthers this feeling like a Treasure game because every action can be done with ease and exactly when the player wants. Timing for jumps is easy to figure out and even though the jumping itself is floaty, it works out nicely at keeping the player moving at all times since it’s more of an action-based platformer and not a precision-platformer. The in-game world is something that stands out and makes the adventure more fun too since it’s so bright and vivid that it makes the challenge more of a “just one more try!” endeavor instead of a “never again!” level of difficulty that discourages players from coming back to it. A lot of the core challenge has been retained and various difficulty modes have been added to help make it a more console-friendly experience overall.

With a cheery soundtrack and cartoony sound effects, Clockwork Aquario’s audio perfectly fits its visuals and overall tone. While it’s all good and it’s clear a lot of work went into it, however, none of the OST reaches classic status. The audio design as a whole is impressive though and the whimsical tone of the adventure itself is retained in the audio. Westone’s soundtracks always had a fast-paced feel that keeps the players’ blood pumping even during slower moments — which aren’t all that common here, but do come up as a way to let the player catch their breath. 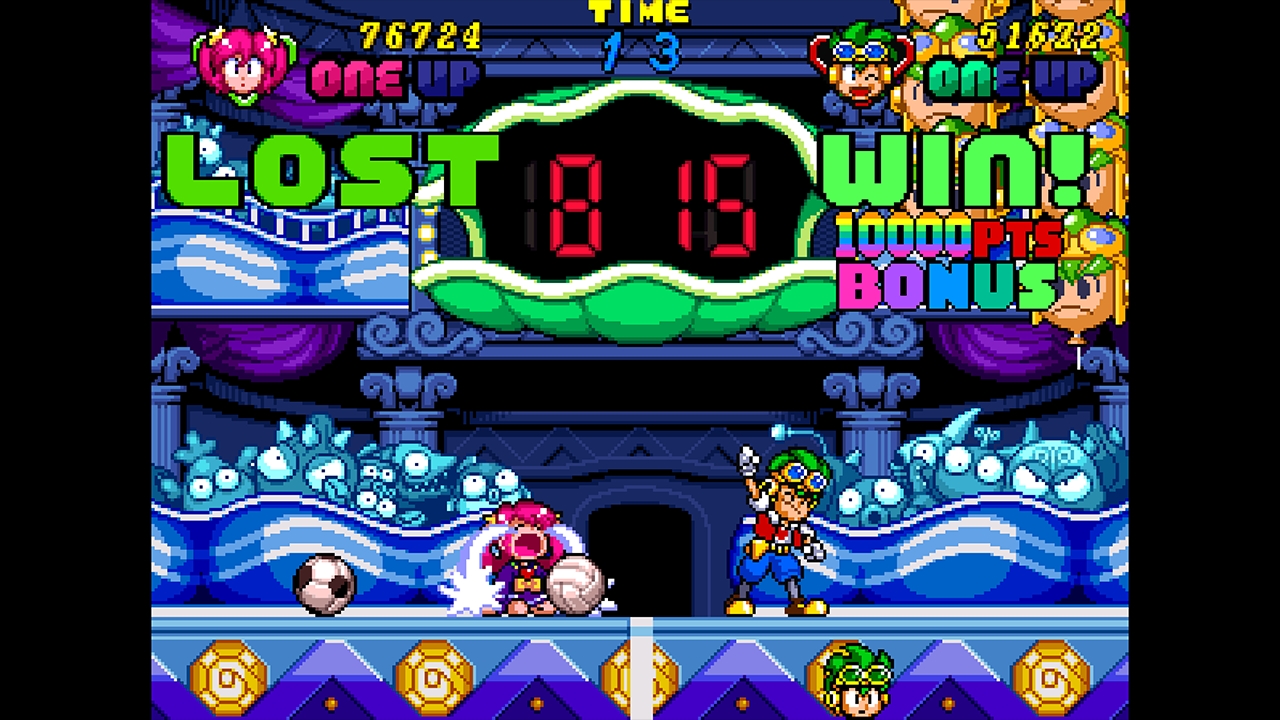 Clockwork Aquario is a fantastic action-platformer that blends quick-moving playable characters and enemies alongside an inventive attack strategy. There’s nothing else like it on the market today — despite so many games trying to replicate arcade-style fun. The big key here is that this is a legit arcade game that has been repurposed for modern hardware and that allows it to retain what made arcade gaming so fun, while having more modern quality-of-life improvements thrown in. It plays wonderfully, looks gorgeous and is a blast in multiplayer. The soundtrack is a lot of fun, but doesn’t reach the heights of classics in the genre. Still, for anyone seeking a fast-paced side-scrolling game, there’s a ton of variety offered up here and a lot of fun to be had with Clockwork Aquario.