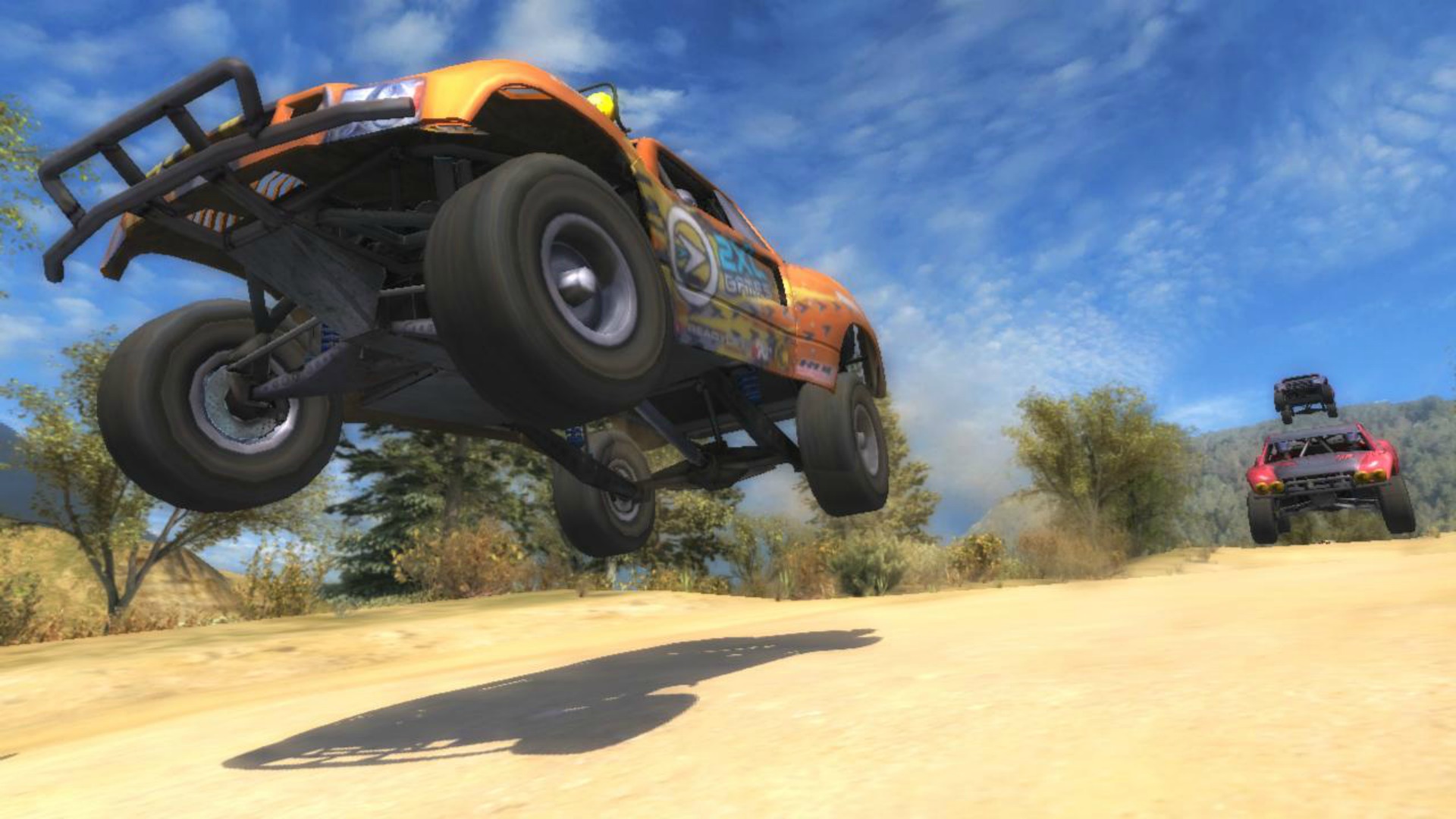 Jeremy McGrath was the master of motocross. Dirt roads crumble in his wake while rivals choked on his exhaust. In recent years, he’s moved on to bigger and “better” off-road vehicles, now bringing his game to XBLA and PSN in Jeremy McGrath’s Offroad. Don’t expect perfect scores on the run, though, as McGrath’s Offroad is far from the best trip off the track.

At first glance, this is a well-crafted and visually pleasing game. The 60 frames per second is great for a downloadable game and a decent chunk of playtime is offered through its campaign mode and online multiplayer. For the amount of offered gameplay, it makes it a decent value for an arcade game. But upon closer inspection, the flaws begin to reveal themselves. 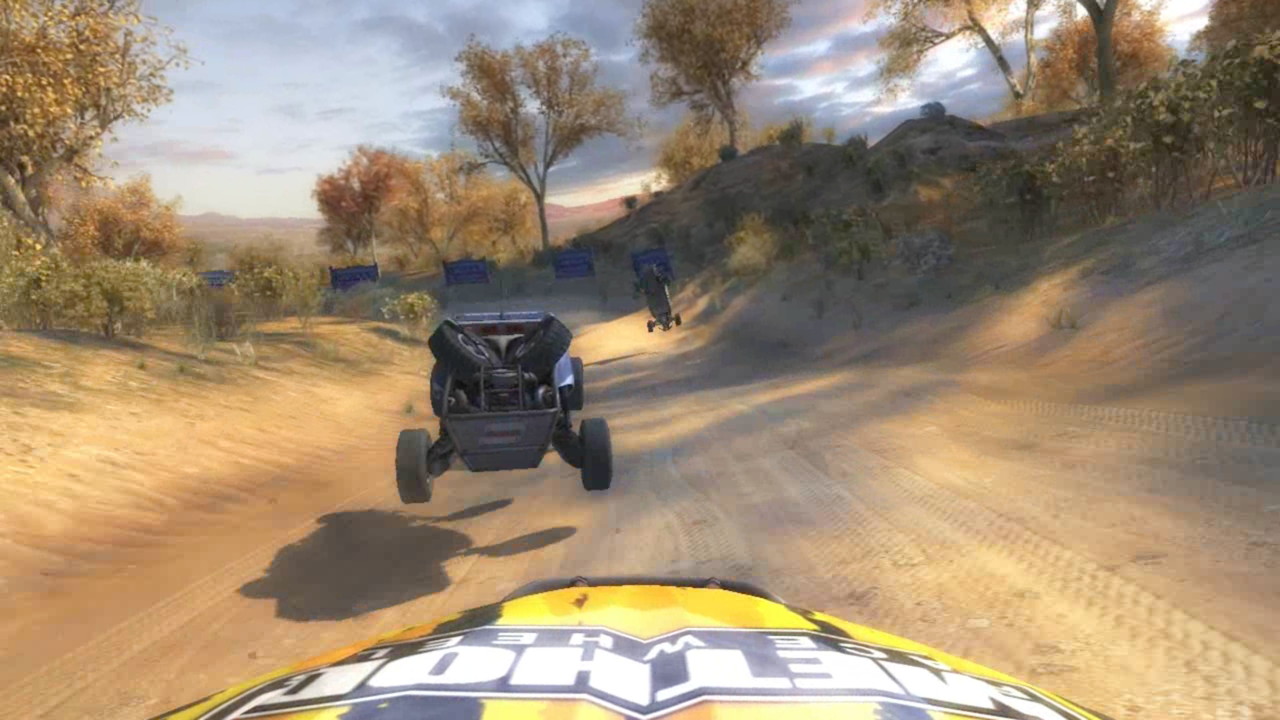 Certain details scream no-brainer when off-roading comes to mind. Crunching frames, mud splashing, and vehicle rolls are all part of the gritty thrill that off-roading has to offer. Jeremy McGraths Offroad doesn’t even begin to touch on anything that makes the sport fun. The vehicles always stay squeaky clean. Weather is always sunny with the exception of a snow course (where the snow has already fallen). The closest to mud and dirt are the sparing, predesigned potholes sprinkled throughout the racetracks. There are no vehicle physics to speak of. This is definitely not a creative title.

As for sound, the music and effects are generic, albeit, relatively decent. Jeremy McGrath offers helpful verbal queues how and when you’re supposed to hit an upcoming turn. It makes it easy to catch the groove of the game. As soon as his voice becomes annoying, and you’ve already picked up on the gist of it, you can turn off his verbal hints from the Options menu. 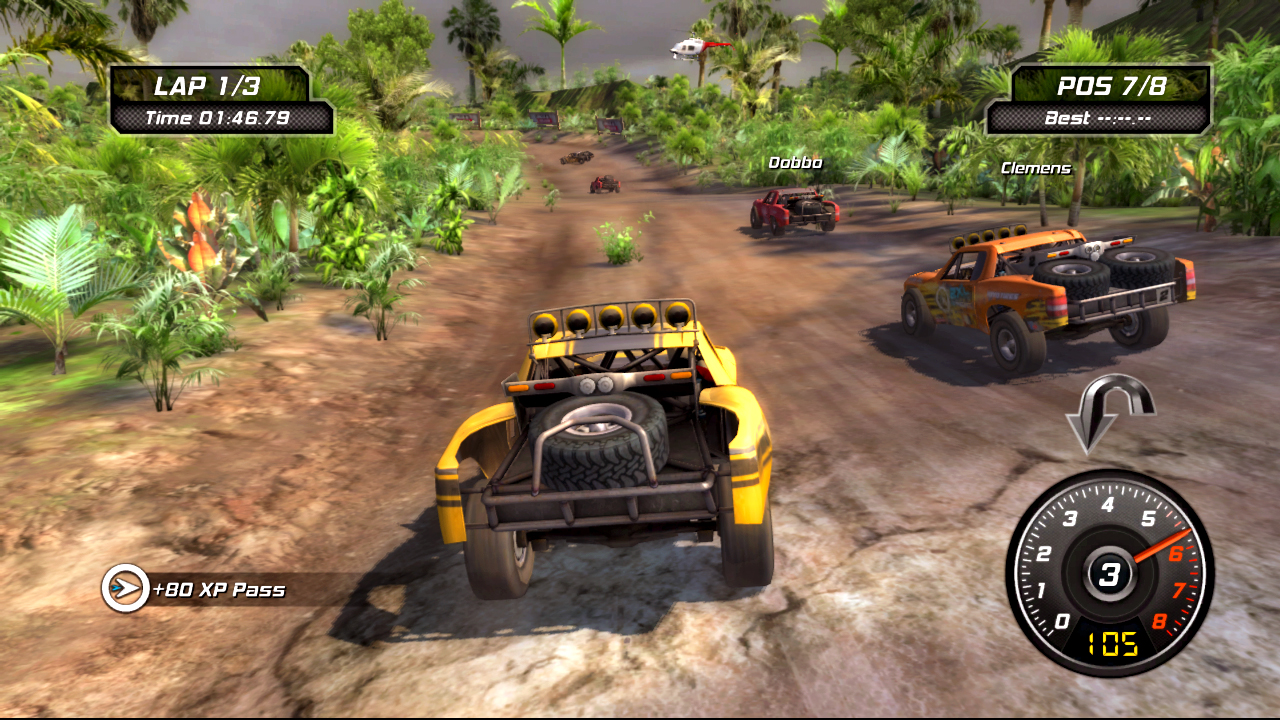 There are three vehicle packages to choose from to customize handling/braking/max speed options. This is on top of the five vehicle types that all drive with a slightly different feel. The controls are set for actions like clutch boosting and E. brake drifting, but there’s little need. Holding the gas button throughout most of each track gets the player from point A to B without need for decelerating. As it’s excusable and even enjoyable, as an Arcade game, to allow a mashing session to gas through the tracks, why even focus on details like clutch boosting and E Braking? It seems as though the controls set a serious tone while actual gameplay suggests otherwise.

Experience earned allows upgrades to the vehicles of your choosing. The vehicle skins for each class have no effect on any stats. While this makes for simple choosing, it means the customization of your vehicle is a marriage that lasts as long as you intend on playing. Switching skins means starting from scratch if you customized any stats.

Multiplayer is available, but limited to low participation online (much to the folly of many racing games). McGrath frequently asks for you to gain experience in Campaign or Arcade modes to beef up your vehicle before going online. By the time Campaign mode is finished, there really aren’t any compelling reasons to continue playing the game. As for the achievements, full completion is almost as easy as playing the campaign all the way through. Easy ‘Chievos for those out there hunting. 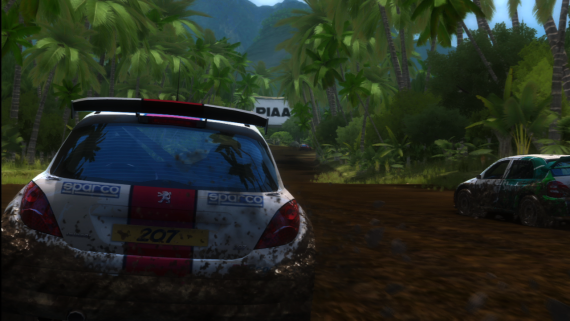 Ultimately, with its easy on the eyes visuals, 2XL Games did a fine job making Jeremy McGraths Offroad stand out. It’s really not a bad way to spend a few hours between other racing titles, but lack of originality, creativity, and variation severely limit the game’s potential and score.