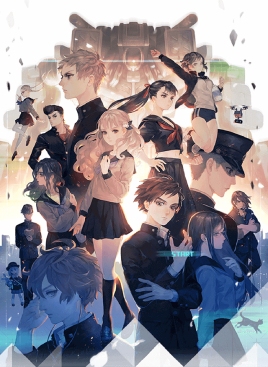 “We need more good mech games,” I recently commented to anyone who would listen (anyone at all). The mech genre of media is vast and hardcore — from Robotech to Pacific Rim, giant robots have always been cool. There are great mech games out there, but none have yet to unite JRPG elements with tactical gameplay quite like 13 Sentinels: Aegis Rim. The last developer I would expect to put out the next mech hit would be Vanillaware. It’s been seven years since their last original IP, Dragon’s Crown Pro, and now they’re back with an epic coming of age tale that crosses time and space. We originally heard of 13 Sentinels coming to PlayStation 4 and Vita back in 2018. The title was then pushed back to 2019 with a 2020 release worldwide. Showcasing Vanillaware artistry and storytelling set in the backdrop of a devastating war for the fate of humanity, 13 Sentinels is the kind of work we’ve come to expect from the developer. Featuring thirteen playable protagonists, branching story-lines, upgradeable mechs, strategic battles and so much more, 13 Sentinels: Aegis Rim is a love letter to the mech genre while bringing a fresh experience to players.

13 Sentinels commits to its mech roots from the very beginning. By slowly introducing us to themes and narrative, you immediately see the title throw together every mech archetype possible. The story begins with one of the thirteen protagonists — many of them are schoolmates who interact frequently with each other. While playing through narrative, you’re are able to interact with the surroundings and even keep track of major key points through a “thought board.” As players follow these intertwining stories, they’ll learn that a few of the main characters have had similar recurring dreams — they’re piloting giant robots against kaiju. While they interpret these to mean they’ve been watching too many mech movies, secret forces are making their moves from the shadows. Yes, the title follows similar stories before it: the group of high school kids with a destiny of protecting humanity — some know their fate and others are just discovering it. We’re able to experience an emotional journey through these protagonists that leaves players asking for more. Just when you’re unsure how the pieces fit together, 13 Sentinels throws narrative twists and turns that will leave the head spinning. The title is fully voice acted and gorgeously animated. Vanillaware’s painstakingly painted visuals and beautiful musical composition show off 13 Sentinels as a feast for the senses. These aesthetics help uplift the narrative and gameplay by creating distinct identity in the mech genre. 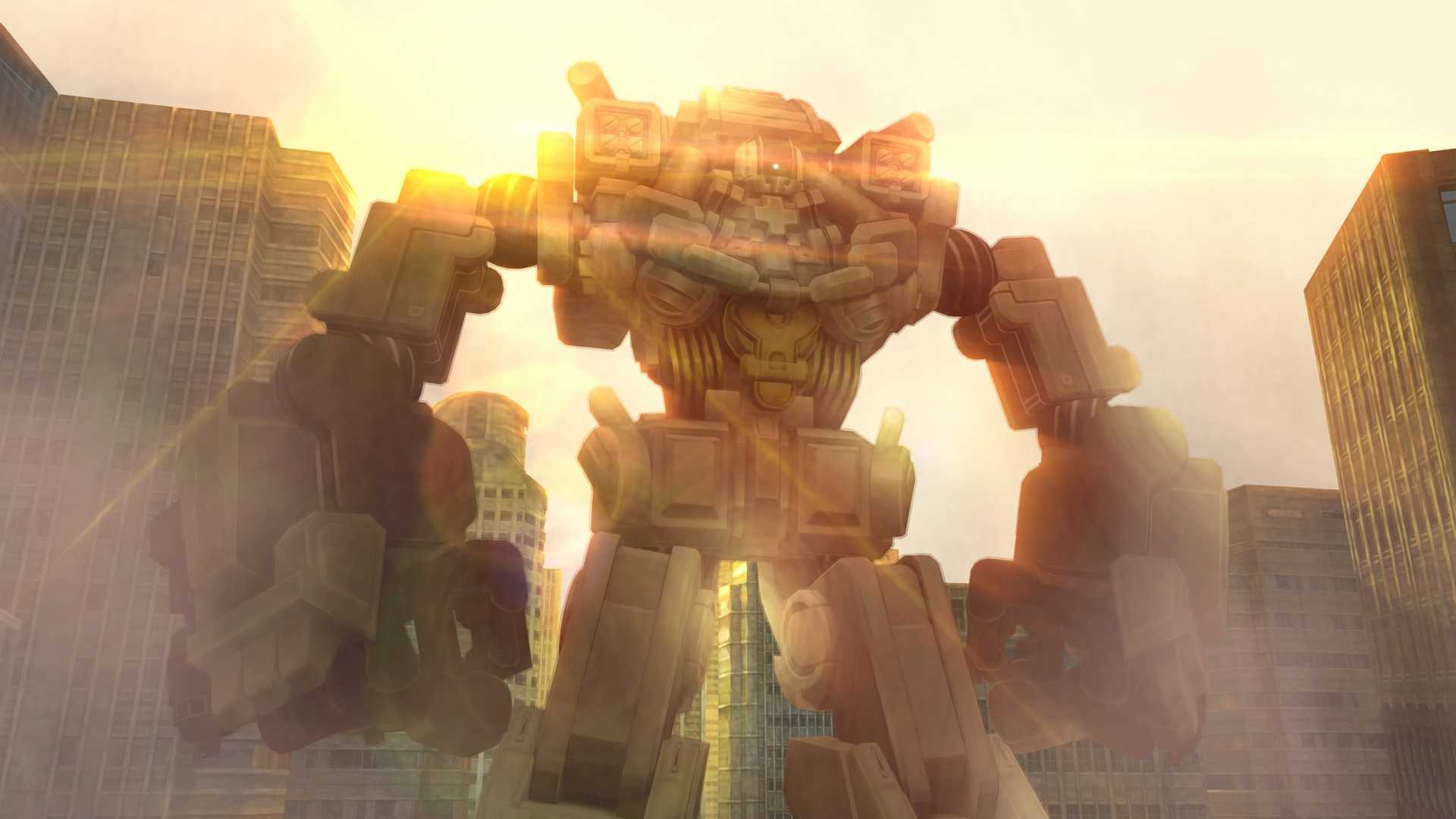 As the protagonists slowly uncover hidden truths, different stories unlock through progression. Each protagonist plays a role in the story and on the battlefield as well. Certain narrative events will lead you to the battlefield where you must strategize against the Deimos — mechanical kaiju of varying types and sizes. At a glance, battle gameplay looks basic. You fight on a city grid, defending an Aegis terminal that must be closed to stop the flood of kaiju. Players have the ability to set the game difficulty to easy, normal and hard for varying experiences. For those seeking a challenge, the hardest mode does see a strategic shift in the AI — so it’s more than just additional enemies thrown into the mix. Yet, while the field does look basic, it takes nostalgic arcade elements and packages them neatly into real-time strategy battles. Yes, it looks like space invaders on a map, but the title takes into account unique elements like weapon types, armor and energy to create a fast-paced, yet robust, experience.

While fighting in encounters, there’s a variety of mechs at your disposal. While the narrative picks characters’ preferred piloting styles, they’re all balanced to defend the objective. The tutorial for combat is detailed in the basics and allows for easy-to-learn mechanics. Where the tutorial falters is in its explanation of stat values on the field. Gameplay is strategically detailed to the point where even positioning of units may matter for back attacks and flanking. On a busy screen, there’s nothing to point out damage values, buffs and other key info. Time stops when selecting our units and making decisions, so this offers a brief reprieve to read the map. Players will never just have one mech on the field — each of these mechs work well together to create strategic combos. For example, before sending a brawling mech with armor piercing, a support mech can throw an energy shield on the striker first for extra defense. To back up the brawler, another mech can use their sentry gun to cover the flanks. This is just one example of how 13 Sentinels respects gameplay cohesion in battle. There’ss no one correct way to win a battle — bust out the long-range mechs and have distance fun or throw out a couple sentry turrets (armed with railguns) and let them do some work. Mechs may even start out with certain qualities, but they don’t need to stay that way for long. 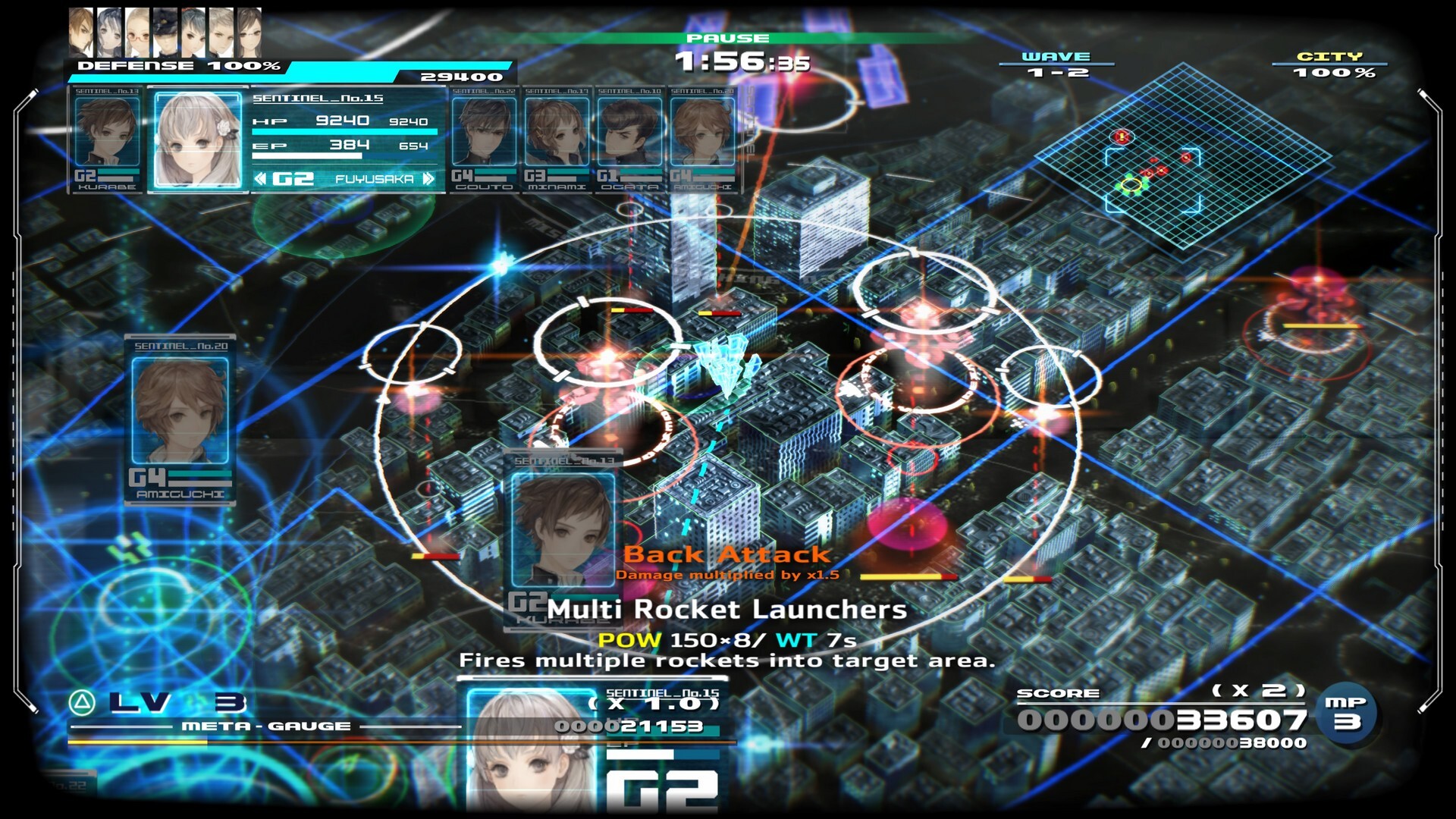 It doesn’t matter what kind of mech game you have: there needs to be some kind of customization. You can’t just give someone a giant robot and tell them not to make adjustments to it. As expected, 13 Sentinels does give players wiggle room for adjustments. Unfortunately, there are no cosmetic adjustments to be made, but the title prides itself on the tactical freedom to rig our mechs with interchangeable abilities and weapons. You’re able to collect “Meta Chips” through battle that allow  the power of current abilities to be upgraded,or unlock new ones. You’re also able to upgrade the terminal you defend to grant additional bonuses, like health regeneration during battle and faster repairs on mechs. You’re also able to upgrade pilots and level them up through play. The battle mechanics and layouts are sophisticated for what it appears to be on the surface.

In fact, the title boasts a few different features: battle, story and a gallery of collectible information. Story mode does provide battles, but the “Destruction” mode offers waves of varying battles that also offer narrative tid-bits you wouldn’t get from the story mode — which also blends with the “Analysis” gallery where you’re able to unlock even more narrative tidbits with currency or by completing secret challenges (e.g: Obtain “S” rank in battles, take less than 50% damage to mechs, etc.). Even when you think you’ve done everything, there are also varying story-lines to explore and additional battles to unlock. 13 Sentinels provides so much to players in a neat composition that makes sense. 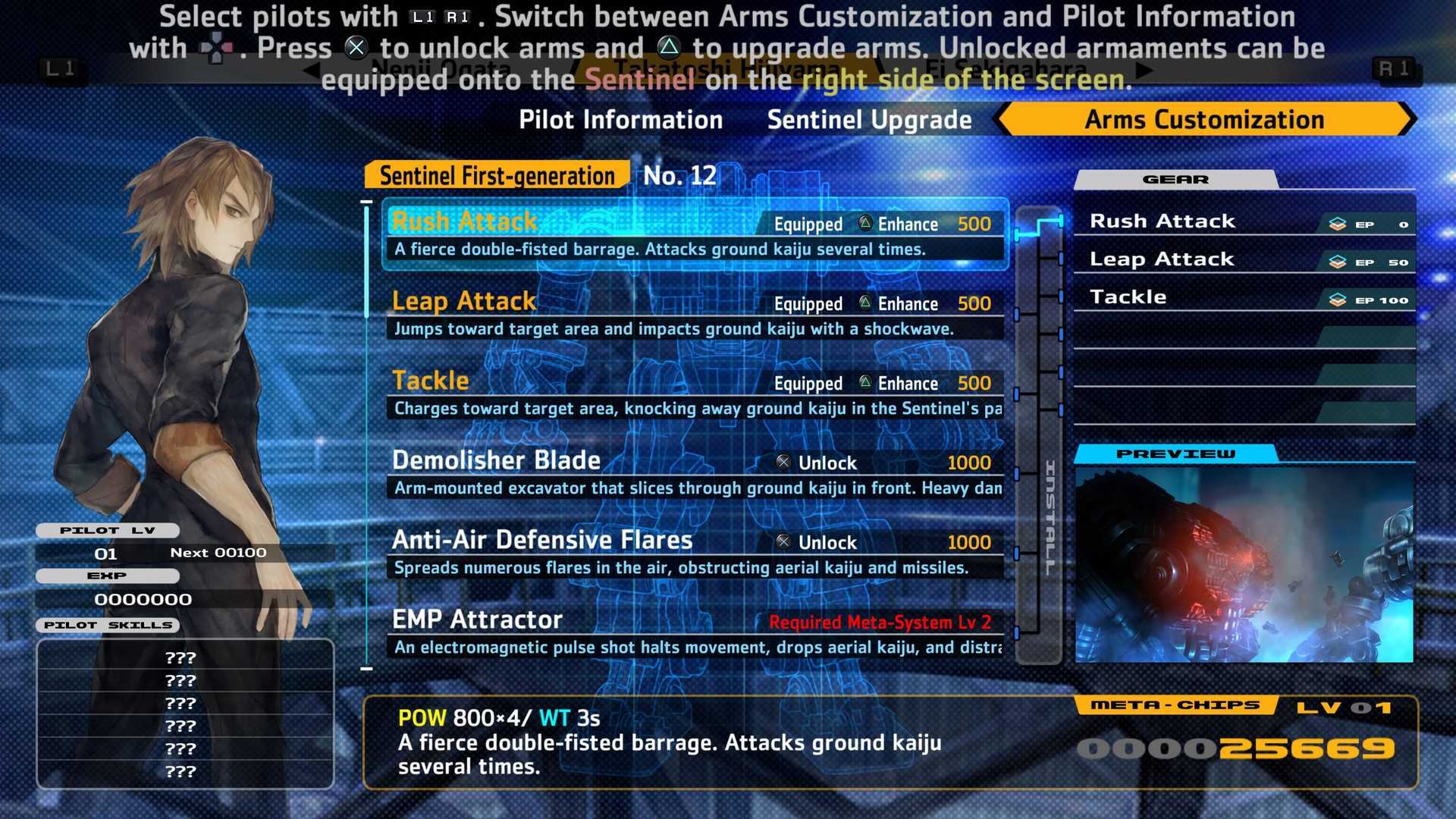 13 Sentinels: Aegis Rim is an action-packed mech epic for the ages. The narrative is some of the strongest ever seen coming from Vanillaware. While there are a couple plot holes and gameplay can become repetitive in certain missions, the title is a strong and original work of art that’s packed with content. There are thirteen different protagonists with their own branching stories based on player decisions. All protagonists feel like fully-formulated characters — each also serving as a classic anime archetype. The characters are believable in this frenzied drama that takes players for a narrative ride. Emotional storytelling helps to set the tone for this sci-fi mystery and arcade-like gameplay makes for satisfyingly quick encounters. It’s a title with more to discover as we go and it’s a full package for any mech fan. Any fan of the genre would agree: 13 Sentinels: Aegis Rim is an instant mech classic.