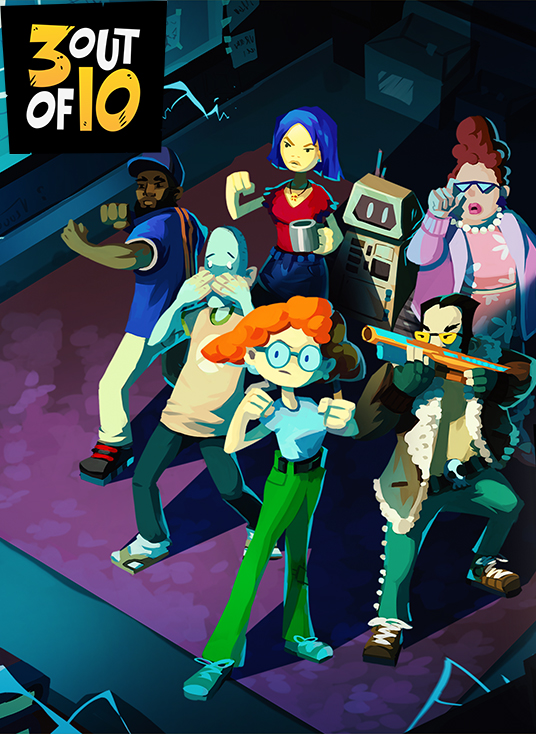 One of the nice things about a new season of a good show is you know what to expect in general but have no idea about the particulars.  Before TV went to its more serialized format, with seasons having overarching plots rather than an endless string of episodes ending in “…and then everything went back to normal,” that was even more true than it is today, but thankfully the last couple of decades has made it so that a comedy needs more than a situation to define it and the story should to feel like it’s going somewhere.  3 Out of 10 is an episodic game series that is by far the closest thing gaming has to a sitcom, and its new season inches the story a little further along while the crew of Shovelworks Studios deals with its near-daily hit of self-inflicted weirdness.

As a note, in my review for 3 out of 10 Season One I avoided spoilers, but that was months ago and the game is free on PC.  There won’t be anything in the way of spoilers for season two ahead beyond a few broad plot points, but by now season one is fair game.  Not that the plot has the twists and turns of The Good Place or the newer Duck Tales or anything like that, but the story is slowly developing and 3 Out of 10 is every bit as much about its plot as the minigames that divide one scene from the next.

When last we left Shovelworks Studios, things were shambling along as it worked on developing the world’s first endful runner, Surfing with Sharks.  An endful runner is kind of like an endless runner except it’s got an end, which is exactly the kind of high-concept thinking that drives the studio.  Although the developer has never once made a good game its people still try, despite their day-to-day working environment hanging on by a thread as external and internal chaos tries to overwhelm it.  In the very first episode of the first season we learn the break room fridge has a tentacle living inside it, the engineers in the dark basement feed on interns, the new employee Midge is replacing someone who spontaneously exploded, and programmer Pylon is green with a thing for drinking ketchup.  Also Midge is reluctantly working for a shadowy organization that’s determined to make sure Shovelworks Studios never makes a good game, with the implication that there’s a big, important reason to avoid this unlikely scenario.  It doesn’t help that someone has been making unauthorized changes to the game and its projected score is creeping up from the numeric equivalent of Wretched to the lofty heights of Semi-Acceptable. 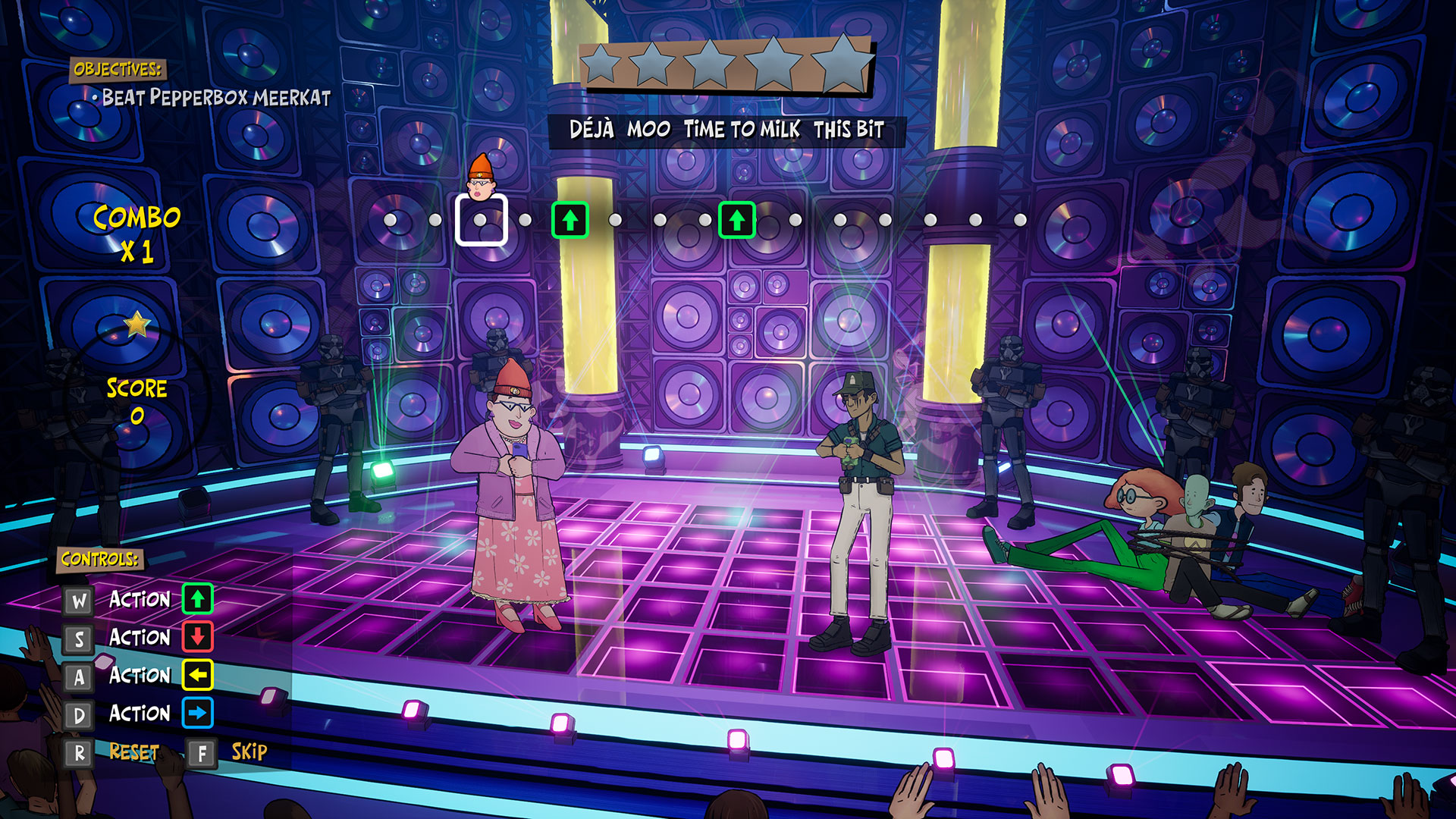 Like any good first season, the five episodes of Season One were more about setting up the world than advancing its plot, and while Season Two doesn’t exactly redline the story engine, it makes good use of the groundwork that’s been laid.  From a gameplay perspective it’s exactly the same format as before, which breaks down to an episode structure of opening scene, office walkabout, cut-scene, mini-game, cut-scene, etc.  Each playable section has a few collectible stars to chase after, and just like in the first game they seem to be there more for something to find or earn than serve any kind of purpose.  Despite this it’s almost impossible not to want to get them all, thanks to years of gaming burning a near Pavlovian response to completionism in the brain.  Thankfully for the most part they’re not too hard to get, with even the toughest mini-game only taking a few tries to max out.

The thing about the mini-games dividing up the story is that each one is brand new, unlike anything in the previous games.  One moment you might be trying to create a loading bar by maneuvering tetronimos as they fall, being careful to make sure the ones with stars in the path don’t get wasted, and the next it’s a round of a Twisted Metal-like car combat.  There’s an FPS area, a first-person turn-based dungeon crawl, Anarchy Soccer where every player is their own team, and even a board game version of Surfing with Sharks.  Each episode also has the latest build of Surfing with Sharks running on the office TV, showing the newest updates that make it play differently than before, plus a super-old gaming console that uses black, white, and red squares to create its games, like an even lower-tech Atari 2600 or a higher-tech tabletop version of the Milton Bradley Microvision.  All of the games can be played as many times as necessary to earn their stars, with a tap of the controller’s X button resetting them either in the middle of play when things have gone too wrong to recover from or at the end of a decent run that didn’t quite measure up. 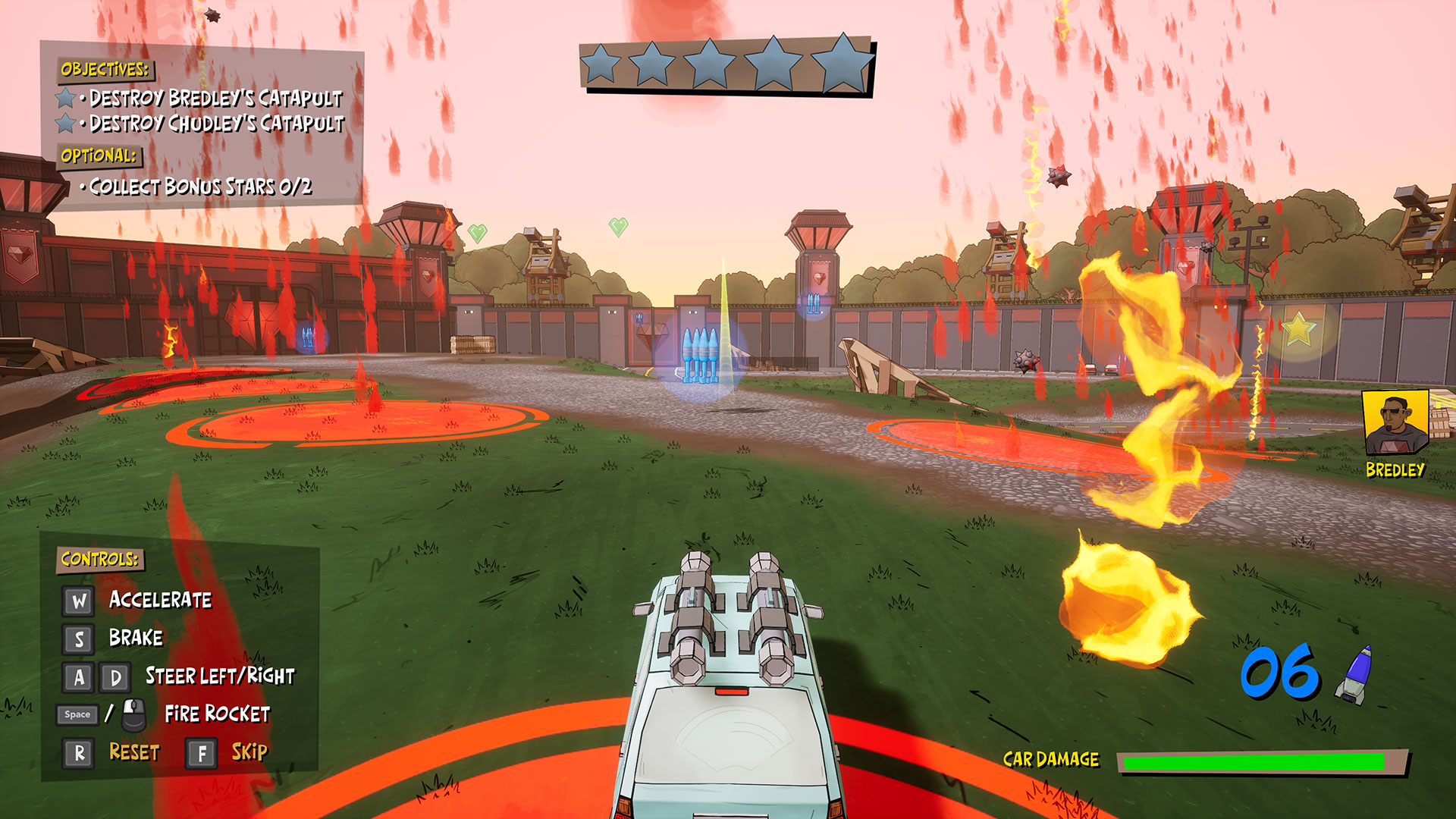 While the mini-games are a lot of fun, 3 Out of 10‘s main draw is its story and characters.  While Season One focused mostly on new employee Midge in order to introduce the series’ world, now that that’s taken care of the ensemble cast gets to take over.  Ben just wants to work, Francine has no patience for the office shenanigans, Pylon goes along with whatever new disaster the day brings, Joan is super nice and matronly and ready to break out the military hardware at a moment’s notice, and the already-energetic-enough Kevin is discovering coffee for the very first time.  In the meantime Midge isn’t as subtle in her sabotage as she thought she was, studio head Jeb hasn’t noticed his PC has been replaced by a butter sculpture, the fridge-tentacle is getting feisty and the office intern sees far more than anyone gives them credit for.

A cast that colorful needs a world that can hold them and the game industry doesn’t need to be parodies particularly hard to hold 3 Out of 10‘s crew.  One episode has them visiting a successful studio and having to battle their way out, while another sees them contending with a hyper-caffeinated Kevin who may not exist in the standard time stream any more.  There’s dance clubs, ball pits, rogue AI and of course the slowly-developing background plots.  Each episode takes between thirty minutes to an hour to complete, depending on how thorough you want to be on the star collection, and they’re a huge amount of fun to play at a one-a-day pace.  What makes them work is that the series is honestly funny, with several good laughs per episode and a great voice cast to bring the characters to life.  It would be easy for the wackiness to take over and turn obnoxious, but that never happens, although sometimes that may require a tranq dart to enforce.  If I have one complaint it’s that the overarching story is beginning to drag and Season Two‘s answers were only to minor aspects of its bigger mysteries. 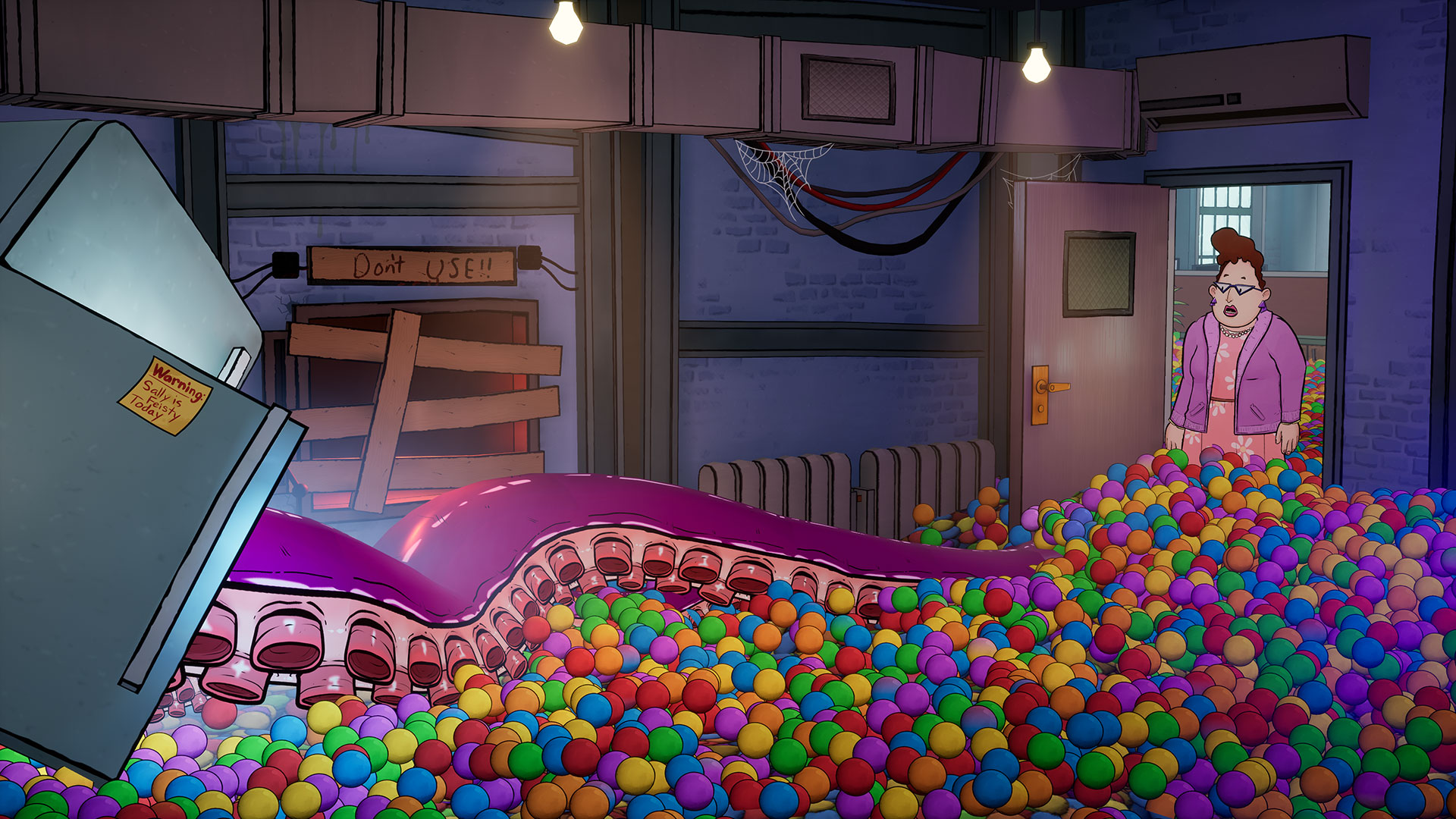 Game development is hard and things can get crazy, but usually it at least sticks to the realm of the physically possible.  3 Out of 10 doesn’t have that limitation but even so it feels recognizable, as a studio holds things together while everything around and inside it tries to go off the rails.  While the main draw is the story, 3 Out of 10 always remembers it’s also a game, and you never know what the next activity will end up being an homage to.  The five episodes of 3 Out of 10: Season Two are smart, funny and entertaining from start to finish, and like any good show ends on a cliffhanger setting up the next set of episodes.  It’s an incredibly fun series that fuses its TV sitcom style to gaming like nothing else out there, and a fantastically successful experiment.