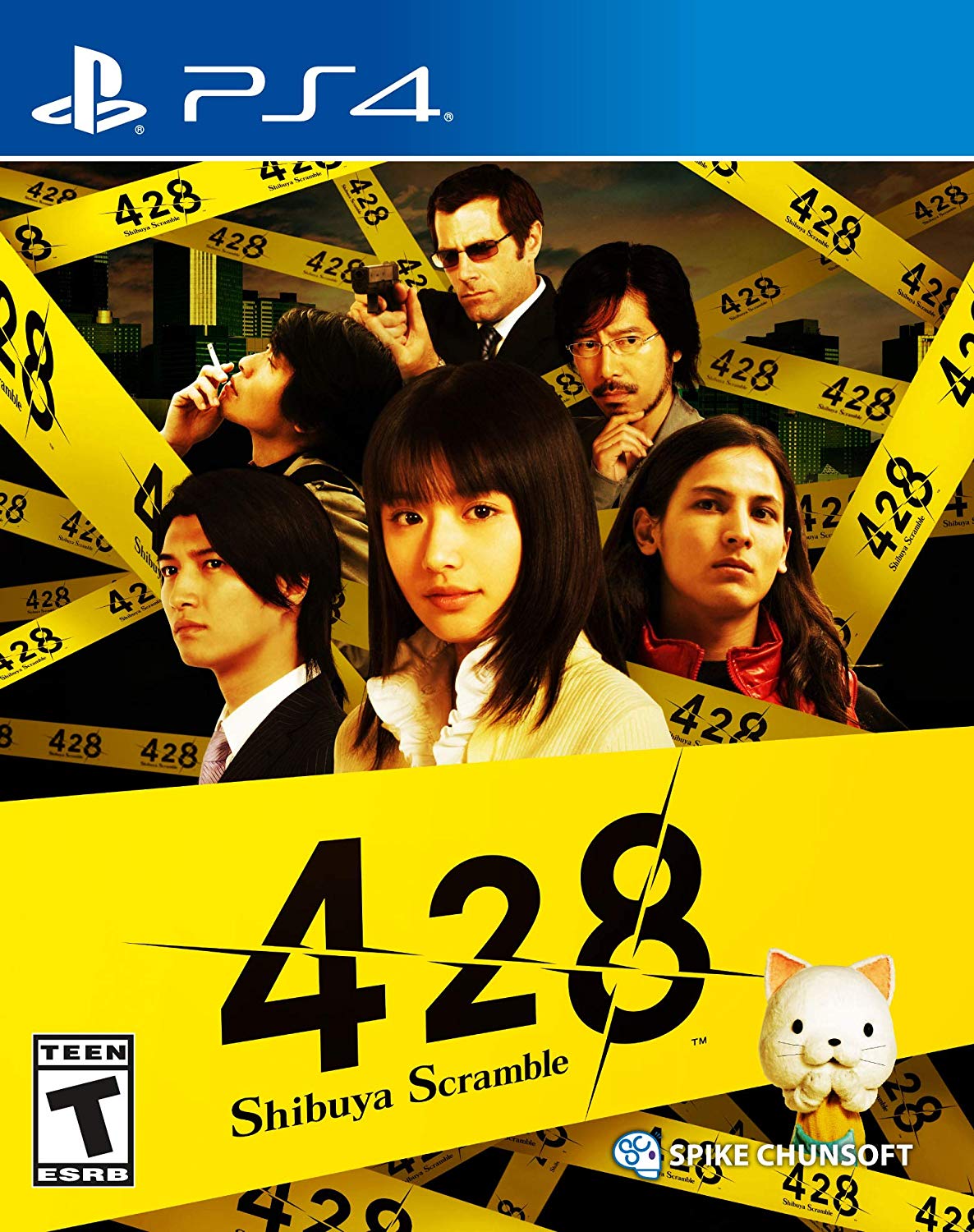 Editor’s Note: A sentence on the last paragraph of the review has been updated to more clearly reflect the correct information.

It’s always exciting to see what the Spike Chunsoft team creates. Especially so when the names Koichi Nakamura and Jiro Ishii are involved. Nakamura is none other than the founder of Chunsoft and has produced many of their RPGs over the years. Ishii is known as the producer on Nine Hours, Nine Persons, Nine Doors which began the renowned Zero Escape series. 428: Shibuya Scramble is one of this team’s games which is finally receiving its due in English. The title originally launched exclusively in Japan on the Wii. Yep, it’s been a long time coming but the game finally arrived on PC and PS4. It brings with it a unique sense of humor and style. Unlike most visual novels with anime artwork, this title utilizes images of actual actors and locations. That’s just one of multiple differences from the more modern Spike Chunsoft visual novel formula.

It’s important to know the basics of the storyline — or rather, storylines — to get a feel for one of its most innovative aspects. Players begin the game and are immediately greeted with multiple totally unique characters. Each of these characters works toward their own goals and start off in different settings. As you continue to play, their stories quickly begin to intersect and relate to one another. This is not just a cool bit of storytelling, but also a huge gameplay element. Choices made in one character’s path directly determine if other characters continue their story or end up on a Bad End. Sometimes, multiple characters must make the right choices to allow for safe passage of another character through the overarching storyline.

And what exactly are those main storylines? At the start, players meet five different characters each with their own thing going on. A scientist named Kenji Osawa begins the game with one of his daughters captured by kidnappers. His other daughter, Hitomi Osawa, serves as bait to provide the ransom. Detective Shinya Kano is one of the guys on the kidnapping case — but he also has other things on his mind. Achi Endo is a young man with a tremendous love for recycling. He finds himself caught up in the mess by spontaneously meeting Hitomi when on the hunt for recyclables around Shibuya. Then there’s Tama who initially seems wholly unconnected to that mess. After waking up with no memories, she quickly picks up a job working as a mascot character for a diet drink. Another oddball is journalist Minoru Minorikawa. He gets caught up in helping his old boss with the latest edition of a magazine. 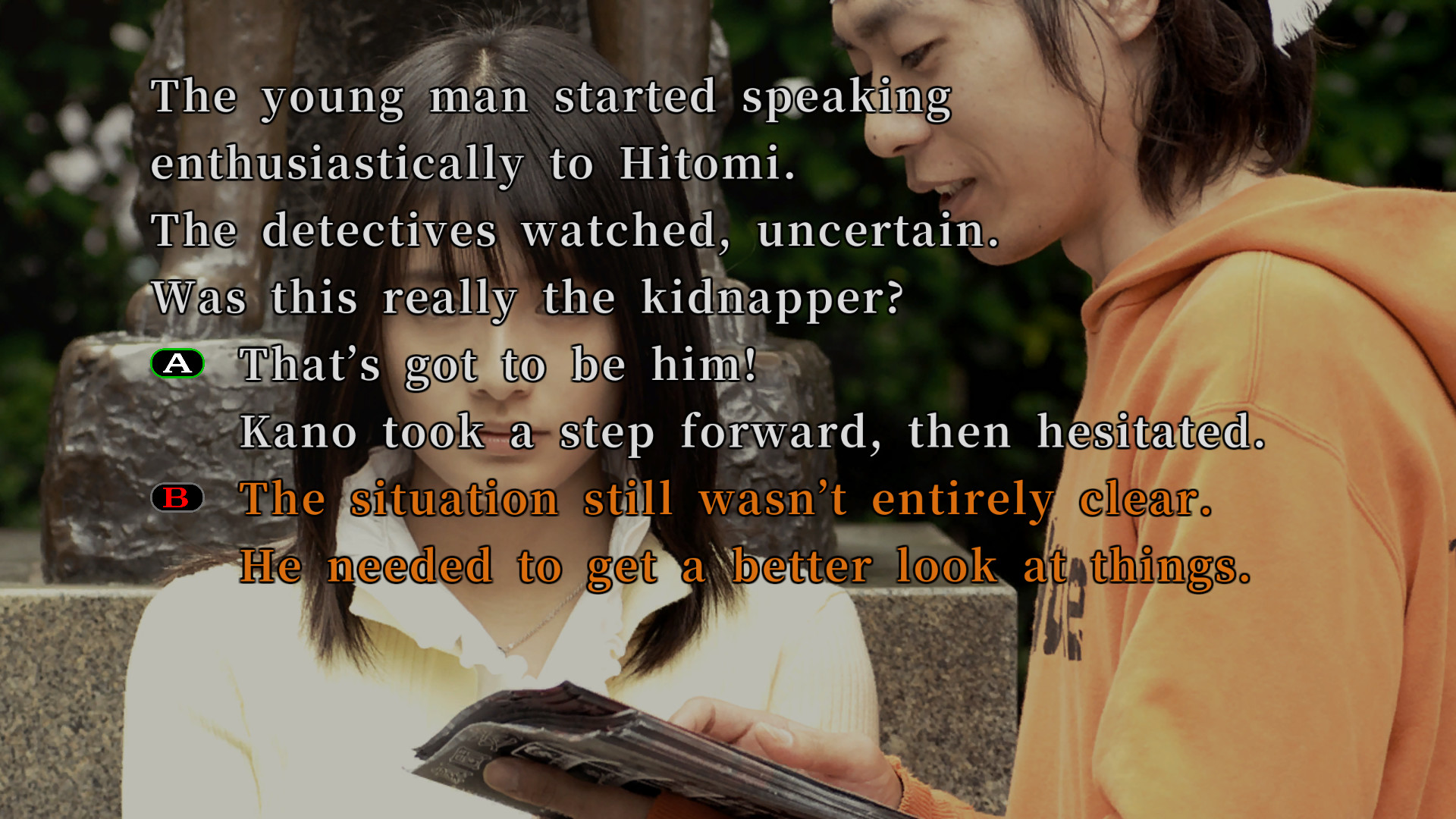 While some of the characters seem disconnected from others at first, they cross paths in interesting ways. Sometimes choices in one route don’t seem like they should impact another route. For the most part, though, it’s easy to grasp why one character doing a certain thing yields a changed result for another. Every time you get a Bad End you’re also given a hint that suggests what needs to be changed in the timeline. As with the Zero Escape games, 428: Shibuya Scramble features a timeline that allows for checking out events and replaying them. This is necessary in order to correct mistakes and keep moving everyone’s story forward.

In some visual novels, getting a bad ending causes tremendous annoyance. That’s not the case here because the time between making a wrong choice and getting the subsequent ending is usually less than a few minutes. It’s easy to simply hop back to the choice and make a different one. Interestingly, you’re expected to experience at least fifty different Bad Ends in order to access a specific ending. Of course, there are a variety of endings to achieve depending on your progression with the characters. This means that you’ll be playing 428: Shibuya Scramble for a while in order to totally complete it. Expect to easily spend more than fifty hours with the game. 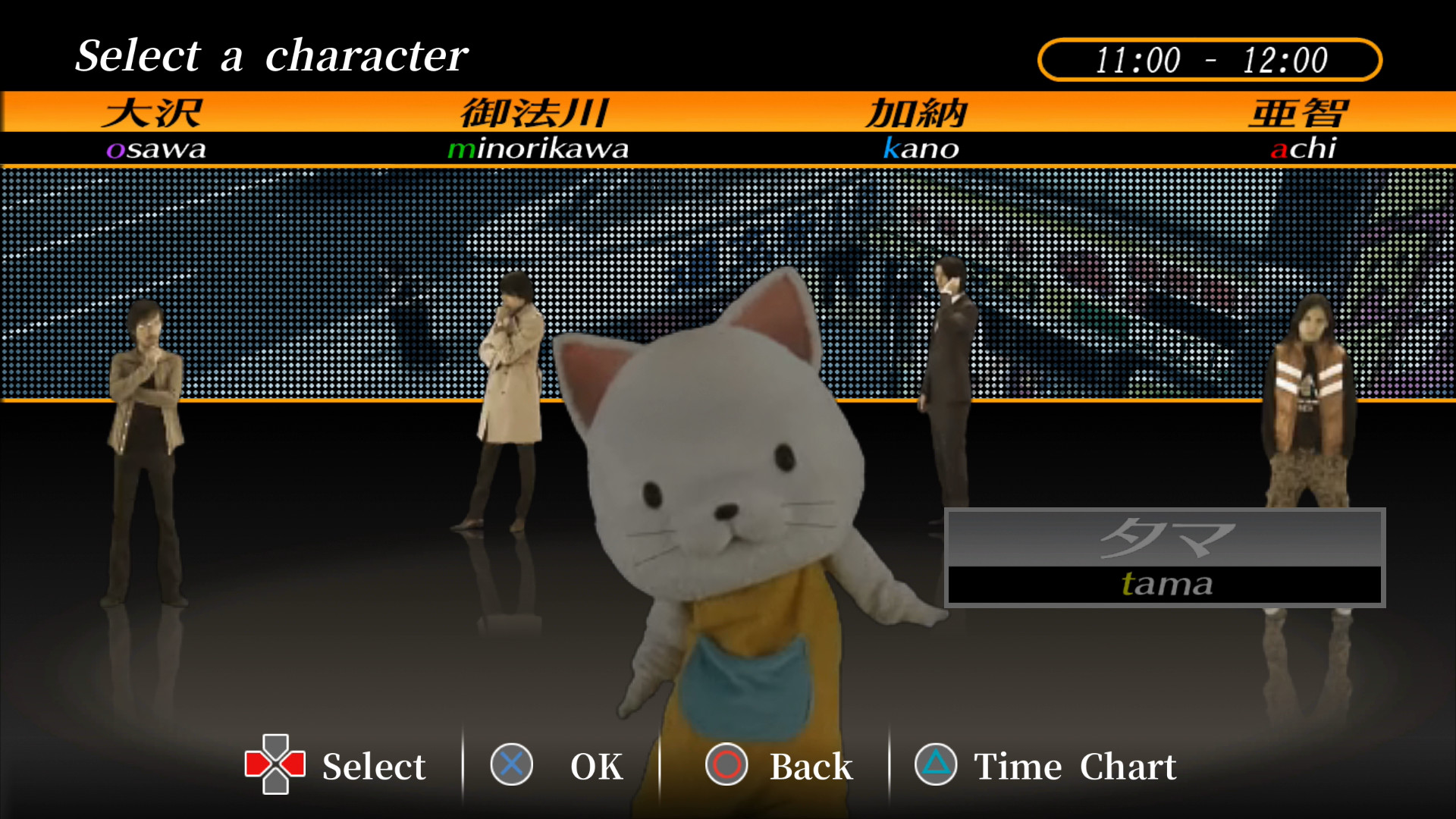 With such a long title, visual novels fans expect a great deal of text settings to make the experience of reading for hours as comfortable as possible. That’s one place where the game struggles. First, it features white text on colorful FMV backgrounds which sometimes becomes difficult to read. There is no way to increase or decrease the opacity of the text overlay to make it easier to read, nor any option to play with the font. There’s also no text speed mode to spit out all text on screen at once. The fastest of three speeds is better than nothing, but not ideal. There’s also a gameplay function which often disrupts the flow of reading. At times, there are key words on screen that must be clicked on to read more details. Sometimes these words must be checked in order to proceed playing. It’s a bit of a disruption to the experience.

Fortunately, even these annoyances can be dealt with over the span of playing because the overall game proves quite entertaining. The writing might not tell the most compelling narrative ever, but it’s super quirky. There are tons of great moments that, even with context, stand out as hilariously odd. Characters say weird things and strange occurrences happen regularly. It’s almost like an anime focused on comedy antics. It feels stranger when you see these ridiculous events taking place with real actors. Each character brings something new to the story. Nearly every twist and turn in the storyline comes as a surprise. 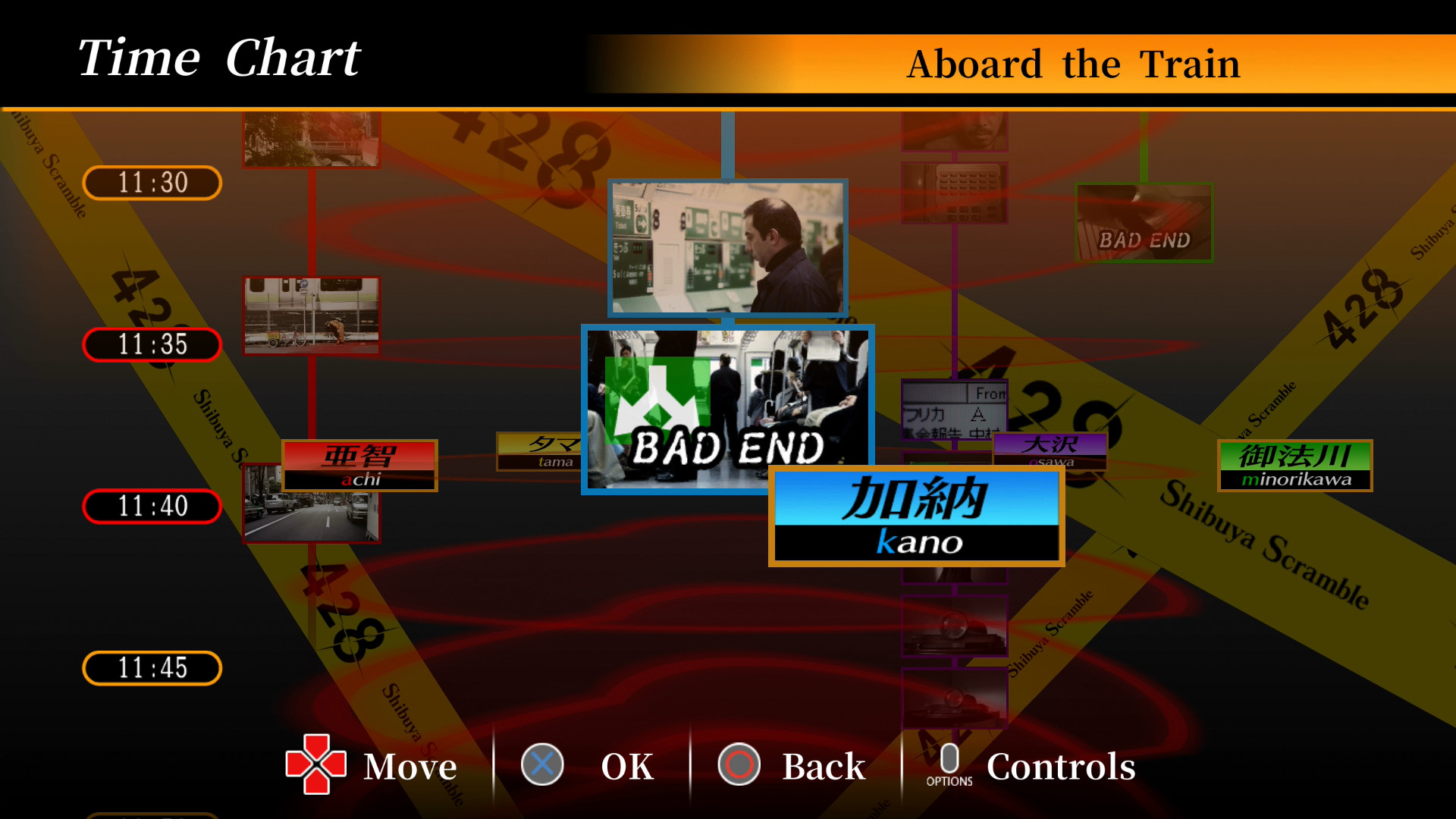 428: Shibuya Scramble is clearly the child of Spike Chunsoft as it pioneered many of the features that fans know and love from the Zero Escape and Danganronpa games. Yet, it manages to forge a totally distinct identity from both those titles. The ridiculous sense of humor and over-the-top drama is hard to tear away from. The biggest complaint is simply that, as an extremely long visual novel, its text options are not as fully featured as they should be. Simply put, 428: Shibuya Scramble is unlike any other visual novel out there.