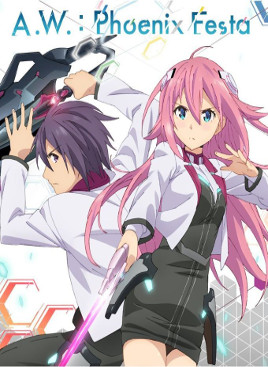 Action role playing games and dating simulators are two very different types of games.  No attempts of combining these two flavors immediately come to mind, that was until the existence of A.W.:  Phoenix Festa.  Based on the Japanese light novel The Asterisk War, A.W.:  Phoenix Festa melds this odd couple of genres together to tell a tale of a student trying to achieve victory in an upcoming Festa, which is a tournament where the six different academies put their Genestella against each other, which are essentially humans with superpowers.

The player is given two options for the story mode.  One option is to play as Ayato Amagiri.  Ayato’s story begins with him running into Lieseltanian princess Julis-Alexia von Riessfeld.  They say no good deed goes unpunished, and this is an accurate way to describe the following turn of events.  A simple well intended good deed is not quite interpreted as such which results in Julis challenging Ayato to a duel, but luckily he ends up avoiding that thanks to intervention from student council president Claudia Enfield.  Once Ayato is enrolled into the academy, he has two weeks to secure a partner for the Phoenix Festa, which following that he will have 45 days until the actual Festa takes place. The other option for the story is to play as an original, player created character.  This story is a little longer, spanning from April through August.  The reason it needs to be a longer time frame is Joe Noname is not as powerful as the fabled Ayato Amagiri, and subsequently requires more time to train if he does not wish to embarrass himself in the upcoming tournament.  Joe Noname’s choice does offer some negligible character customization options, but beyond that and starting off with much lower stats and the longer time frame to raise them the two modes are basically the same.

The story of A.W.:  Phoenix Festa progresses similarly to a visual novel.  Ayato’s interactions with the other characters will most often be scripted conversations with no real choices available.  Occasionally there will be an option to accept a challenge to a duel but these are the exceptions to the normal course of action.  In between these plot advances conversations is where there are a variety of activities to shape the events of the story. 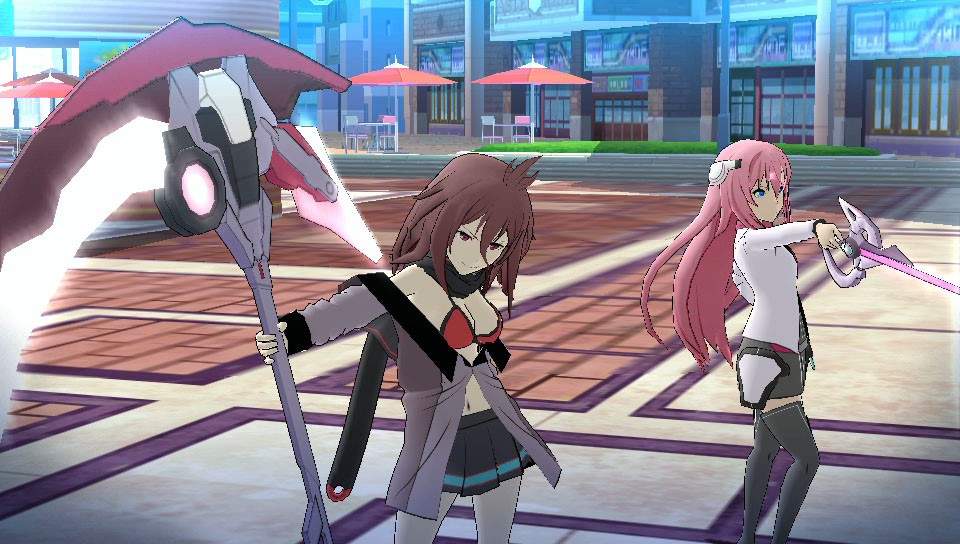 Each day is divided into two parts and there is a finite amount of actions that can be scheduled during the day, sadly mimicking real life where unlimited time is unfortunately not yet an actual thing.  On the topic of mimicking real life one of the things Ayato can choose to do is work a part time job for some extra currency.  These jobs are pretty easy to succeed at and generally involve combat, like testing out how much punishment a doll can take or playing the role of a bouncer to delinquent students who tend to just be running around aimlessly with sharp, pointy weapons.  Ayato can use his money to buy gifts to increase his intimacy rating with the ladies to hopefully improve his chances of scoring a date or upgrade his weapon.  He can also train to increase his attribute scores, which does whittle away at his hit points or rest to recover the damage he has taken.

Ayato, or Mr. Noname if the player chose to go that route, also has an appointment book that he can use to schedule dates or duels up to five days in advance.  Ayato might be a badass Genestella and be in the top rank at the academy for duels, but a ladies man he is not.  The attempt at scheduling a date or duel costs an action point regardless of whether it is rejected or not, and during the review process Ayato’s popularity indicated more people wanted to stick something sharp in him than allow him to (comment deleted to avoid obscenity complaints).  When Ayato was finally able to land a date with the  girl of his dreams, his troubles did not end there.  Some thugs who did not approve of the alleged PDA got in his face, and trying to impress his lady companion he challenged them to a fight.  Luckily for Ayato, his date, Kirin who in this writer’s opinion looked a little young for him, happened to be very well endowed in the area of combat prowess (what else could I be referring to?) and putting the beat down on some thuglings between an opportunity for intimacy growth by participating in an activity of shared interest.

Combat is very simple but enjoyable.  Battles are fought in a fairly large open space and plays like a brawler.  Ayato has a strong and weak basic attack.  The opponents like to block a lot of head on attacks but an easy way to rectify that annoyance is to simply jump over them and attack from behind.  If Ayato is proficient enough with his weapon he is capable of doing a special attack provided he has enough Prana to do so.  Battles are fought either one on one or two on two.  There is a third game mode which is just nothing but fighting.  This mode is not the main attraction of this title, but it is a fun distraction that was nice of the developers to throw in, especially since this allows the player to take control of characters that are normally not available to play as. 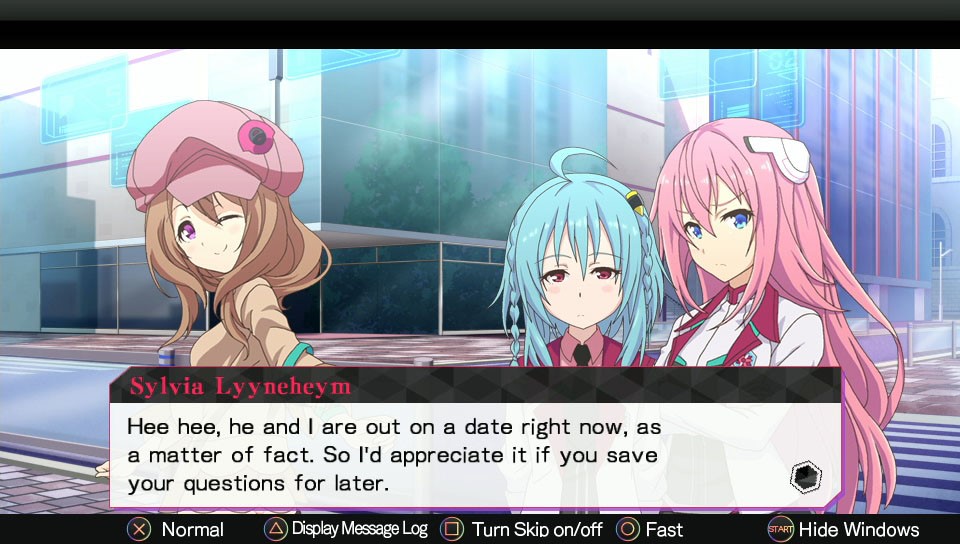 A.W.:  Phoenix Festa attempts to combine an action RPG with a dating sim and is actually able to pull it off.  It is a short game that can be completed in just a few hours, but it has some replay value since getting different partners for the Phoenix Festa or trying to date different women can offer a different experience the second time around.  There is not a great deal of challenge to it but it is a cute game that can be casually enjoyed, provided one has thick enough skin to handle repeated rejection from digital young ladies.