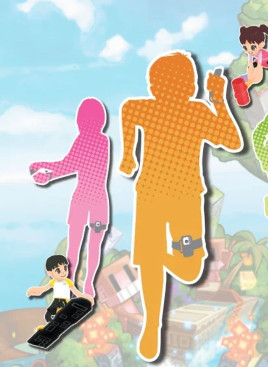 Perhaps my perspective is skewed because it seems like I’ve reviewed more remakes and remasters than new and original games, but 2021 could be called the year of the re-release. Many of these re-releases weren’t too surprising, given the nature of their success when they were originally launched. But there can always be a few surprises and that is what we have with Active Life Outdoor Challenge. Originally released for the Wii back in 2008, this was a fitness game that was riding the coattails of the popularity of the Wii Fit. Its gimmick was a mat similar to the Power Pad for the original Nintendo Entertainment System, and it has been reincarnated as a Switch title.

Having never played Active Life Outdoor Challenge on Wii, there are only two differences I can attest to. The first is the resolution has been increased for the Switch. The second is the mat has been abandoned in favor of leg straps. The leg straps hold the Joy-Con and go above the knee on the thigh so it’s recommended to wear shorts or tights with this game. The left Joy-Con typically goes in the leg strap while the right is held flat like a controller. The leg strap is required to play this game. The game includes two leg straps so two player mode doesn’t require purchasing anything extra.

The leg strap is used for three different activities: running, jumping and hurdling. The mechanics are weird, running is done by running in place, jumping requires the user to actually jump off the group and hurdling is done by lifting the leg with the strap. The right Joy-Con, depending on the game, can be used to position the player or function like an oar while kayaking. 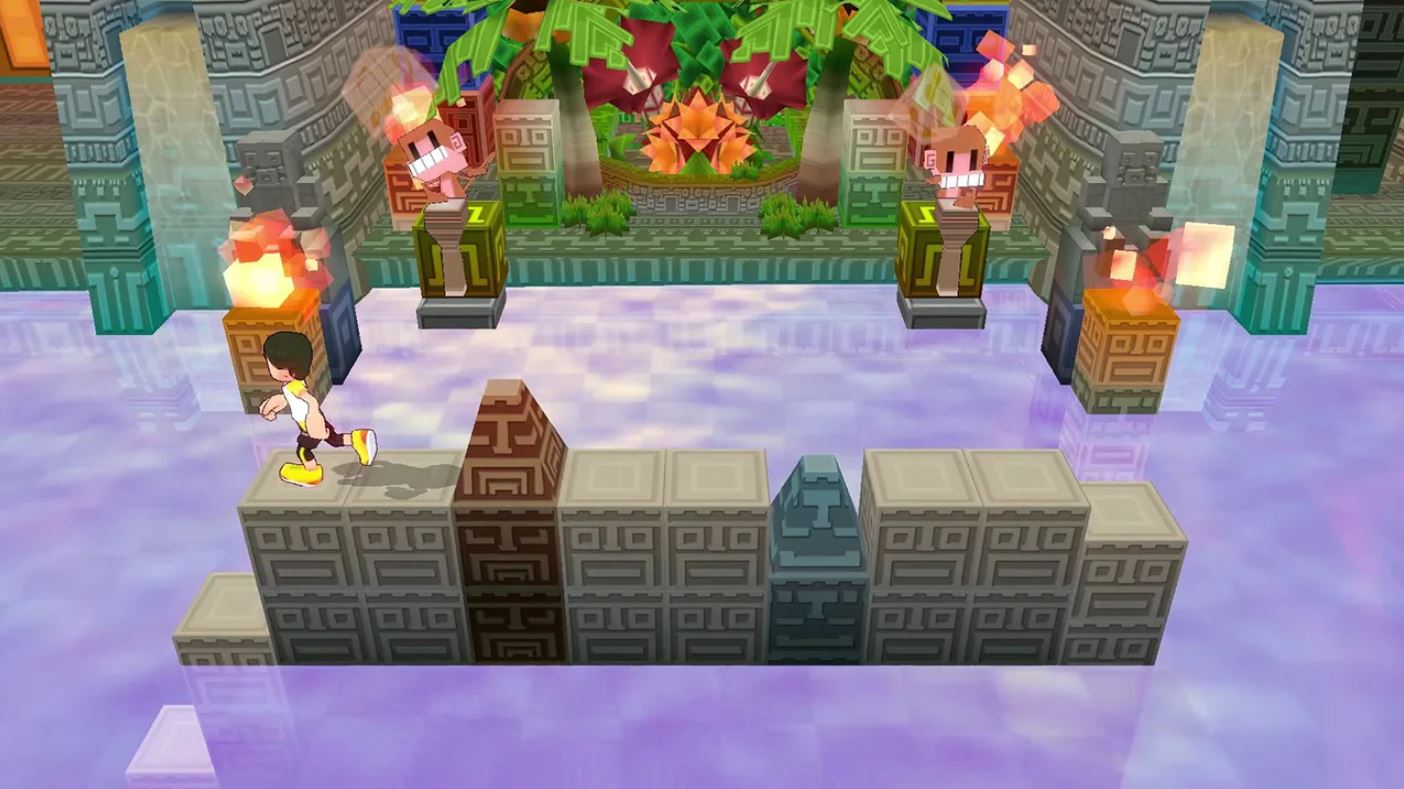 There are sixteen minigames in total, but a lot of them play similarly to each other. The visuals on screen change but the gameplay mechanics are virtually identical. Running in place is going to be running in place. Hurdling levels may try to mix things up by changing the narrative of the level. One of the activities might hurdling over actual hurdles while another one will be logs but the gameplay of the two minigames is virtually identical. Similar statements could be made about the running, jumping or kayaking activities. The games don’t feel too different from each other and it’s similar to those exercise bikes where they have a video path that you watch while riding. There may be a few different paths to choose from, but the experience doesn’t differ too much on any of them.

Aside from the minigames that require the use of the leg strap, there are uses for the right Joy-Con. There’s kayaking where the controller is held like the world’s tiniest oar and the player moves their arms to simulate rowing. This is admittedly a clever use of the motion technology, but this is one of the many instances where the idea of motion controller works better in the abstract than in execution. The same can be said of the whack-a-mole games where moving the controller highlights which hole is targeted and the stomp of the left foot whacks that mole. 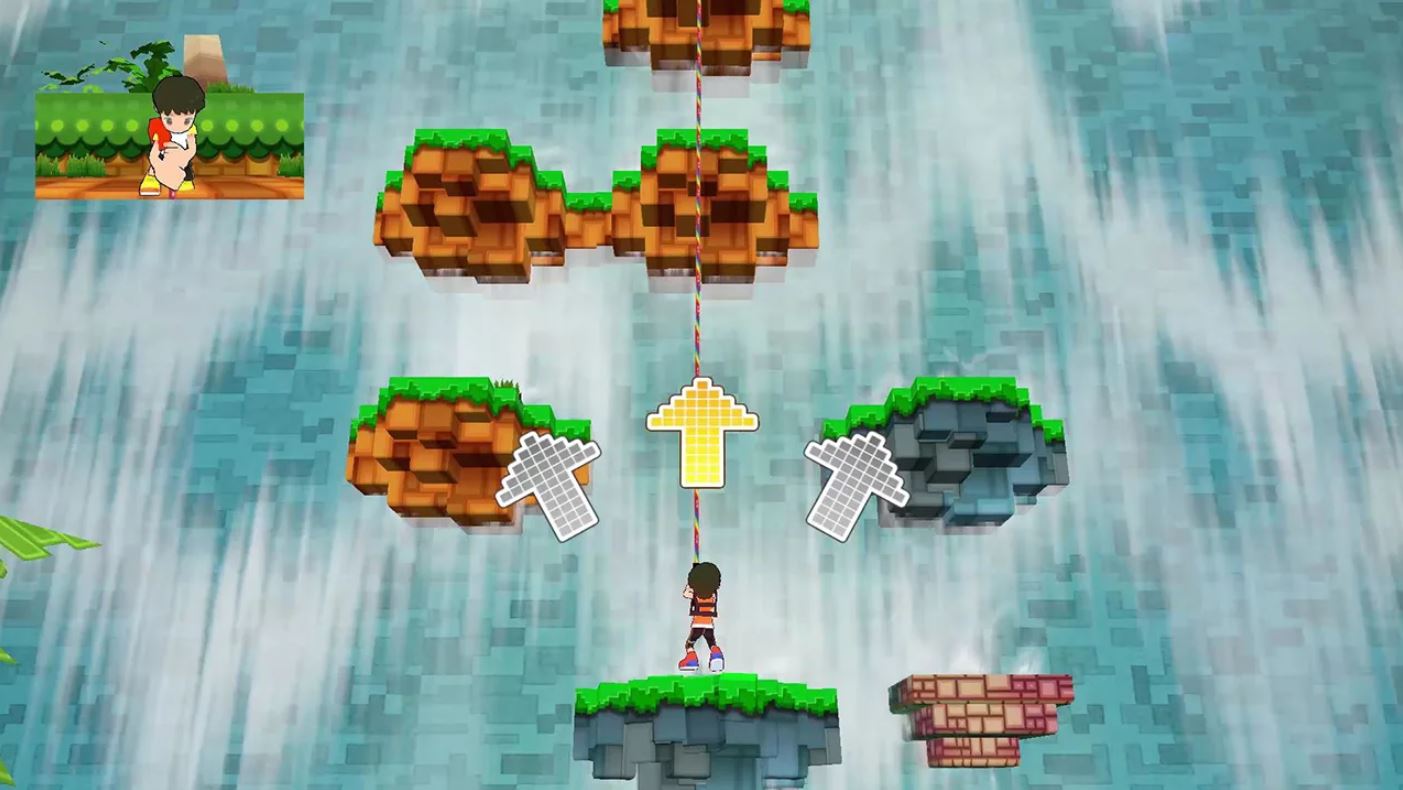 The single player game takes place on Outdoor Island with three separate game modes. There’s Free play where one simply selects a minigame, Outdoor Adventure where you complete one of three preselected series of minigames and Exercise Training where the player selects a playlist of minigames designed to target specific exercise goals. If it doesn’t sound like there’s a lot to do it’s because there isn’t; everything that Active Life Outdoor Challenge has to offer can be experienced in one to two hours. There is a challenge section that can give a little bit of replay value, but it’s doubtful many will be trying to unlock all the in-game achievements.

Active Life Outdoor Challenge isn’t terrible, but it’s not anything to write home about. The minigames can be enjoyable, probably more so with another person than solo, but they’re really only entertaining in small doses. None of the activities are strenuous, and even if they were they are over too quickly to offer any great physical benefits. It’s true that any activity is healthier than inactivity, but unfortunately that’s about as strong of an endorsement this game can get as an exercise product. The motion controls vary in quality as well across the different minigames, where some activities things work fine and others you’ll likely spend the whole time limit trying to figure out exactly how to move to get the controls to properly register. 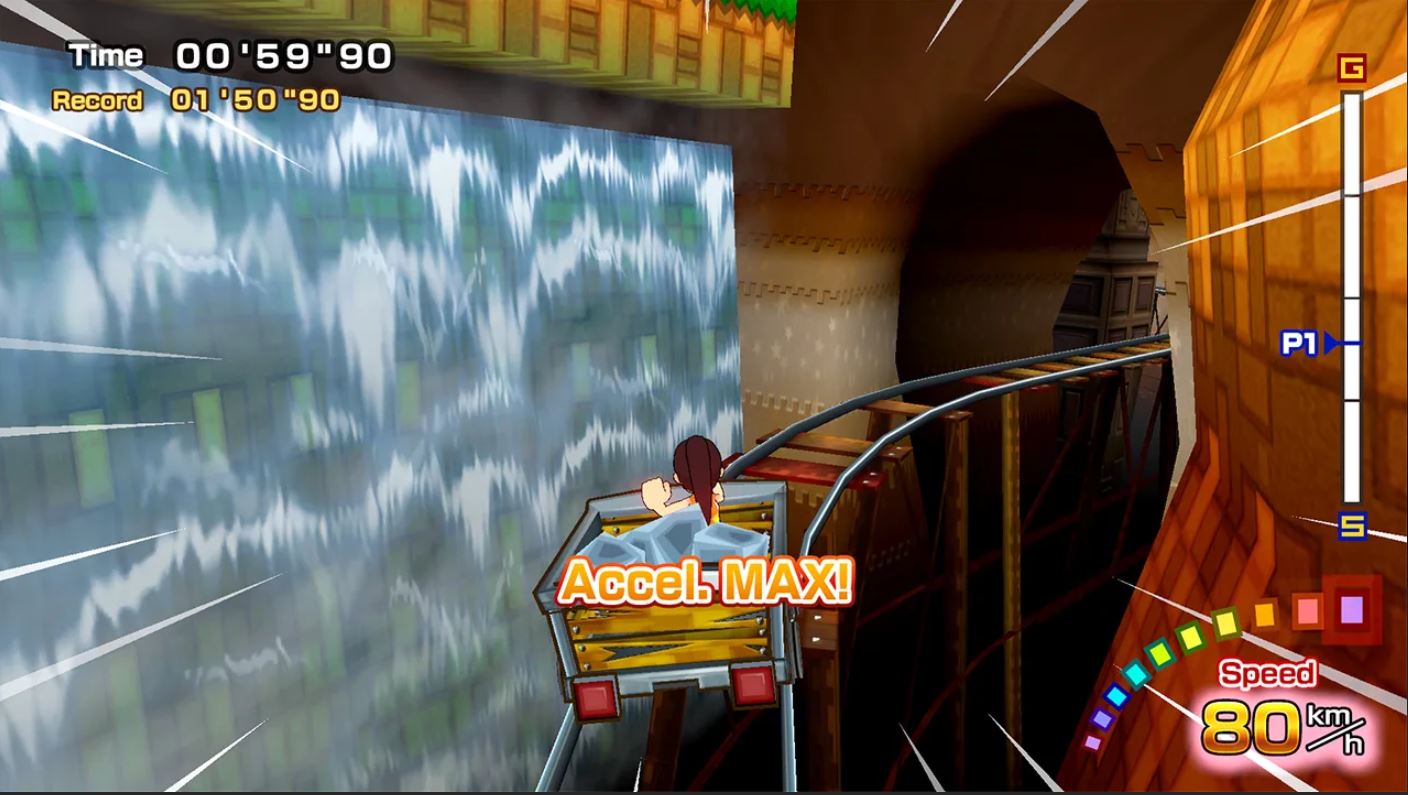 Active Life Outdoor Challenge is mildly entertaining from a game standpoint and features beginner level physical activity from an exercise one. It’s not a bad form of exertainment, just not a remarkably good one. In small doses it can be fun and could lead to enjoying more strenuous exercises, but ultimately it’s updating the Wii gimmick of using the floormat with a Switch gimmick of using a leg strap. There are better games out there that incorporate physical fitness into gaming. The main selling point is probably for people who have strong nostalgia for the Wii original, but that’s likely a niche market.