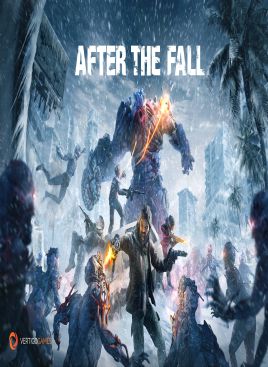 There’s something about zombies and virtual reality that go hand-in-hand. On paper, it’s an excellent ark to integrate into a VR game as it tends to blend horror, intensity and gun mechanics that help showcase immersion with VR. Vertigo Games brings another zombie game to the VR world with a twist. After The Fall takes the formula that made Left 4 Dead and Back 4 Blood popular and brings it to the VR world. With a focus on online play, does this differentiate After The Fall from any of the other zombie VR games out there?

After The Fall is available for every major VR platform including Steam, Oculus and PlayStation VR. The team at Vertigo Games has made sure that the game is crossplay, which helps to make sure matches are full. The current community is solid as finding players to go through missions with is easy. The game was offered for review on the Oculus Quest 2 as there are varying differences between each version. Obviously, if you have the Steam VR version, there will be better visuals. As with the PlayStation VR, it will offer the lowest visuals, which doesn’t seem too far off from the Oculus 2, and motion controls that will be limited in comparison to the Oculus Quest 2 setup.

For the most part, the connection between players plays out fine during gameplay. There seem to be a few bugs with initial connection that can hold back the ability to actually start the mission. Players can also opt to play with just the AI, but this still requires an internet connection. If you need to take off your headset for even a minute, the game will drop the connection and force you to start the mission all the way over. Initial playthrough of each of the missions feels longer as exploration on where to go and what to do will be time consuming. Replaying these missions after knowing what to do ends up being a breeze to get through. 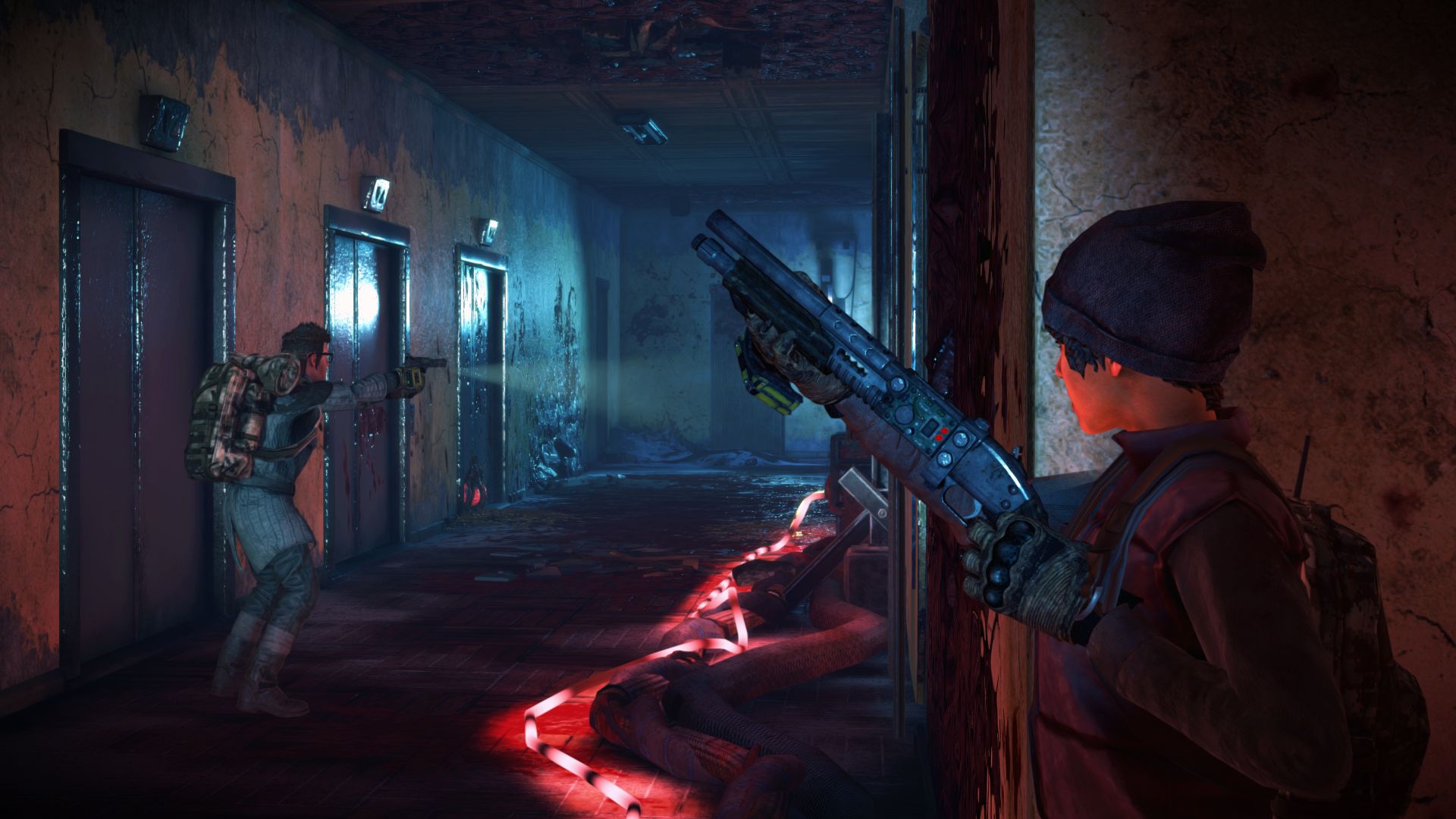 After The Fall only offers five missions for cooperative gameplay, and again, once beating these the first time allows for easier navigation for replaying. The game is also set during the 1980s in Los Angeles while the ice age has returned, although there isn’t a lot to make you feel you are in the ’80s. There’s one mission that takes you through downtown Los Angeles, but you are mostly in warehouses or tight corridors that doesn’t offer anything that feels era-specific. The Hub, which is basically the armory and the lobby to meet up with others, has arcade machines (including a basic playable one), is the closest idea to the 1980s. The soundtrack consists of synthwave which could help back the retro feel, but there are other games out there that have used this genre as well.

The intuitive motion controls offer two different options. Reloading is done by grabbing ammo from a pouch on your chest, pressing a button to remove the old cartridge from the gun, inserting the new ammo and cocking the gun for usage. There are pistols, semi-automatic rifles and shotguns that can be used to blast both the zombies and the bosses. Weapons can be upgraded with attachments that are unlocked by completing missions. You’ll need to pay for these upgrades, however, and there’s a process to install the upgrade that comes off as confusing. Basically, there’s a bench and a welding/soldering gun and half the time this works or the part disappears, or it falls to an area you can’t reach it. The game is completely beatable by using the initial pistol that’s offered. 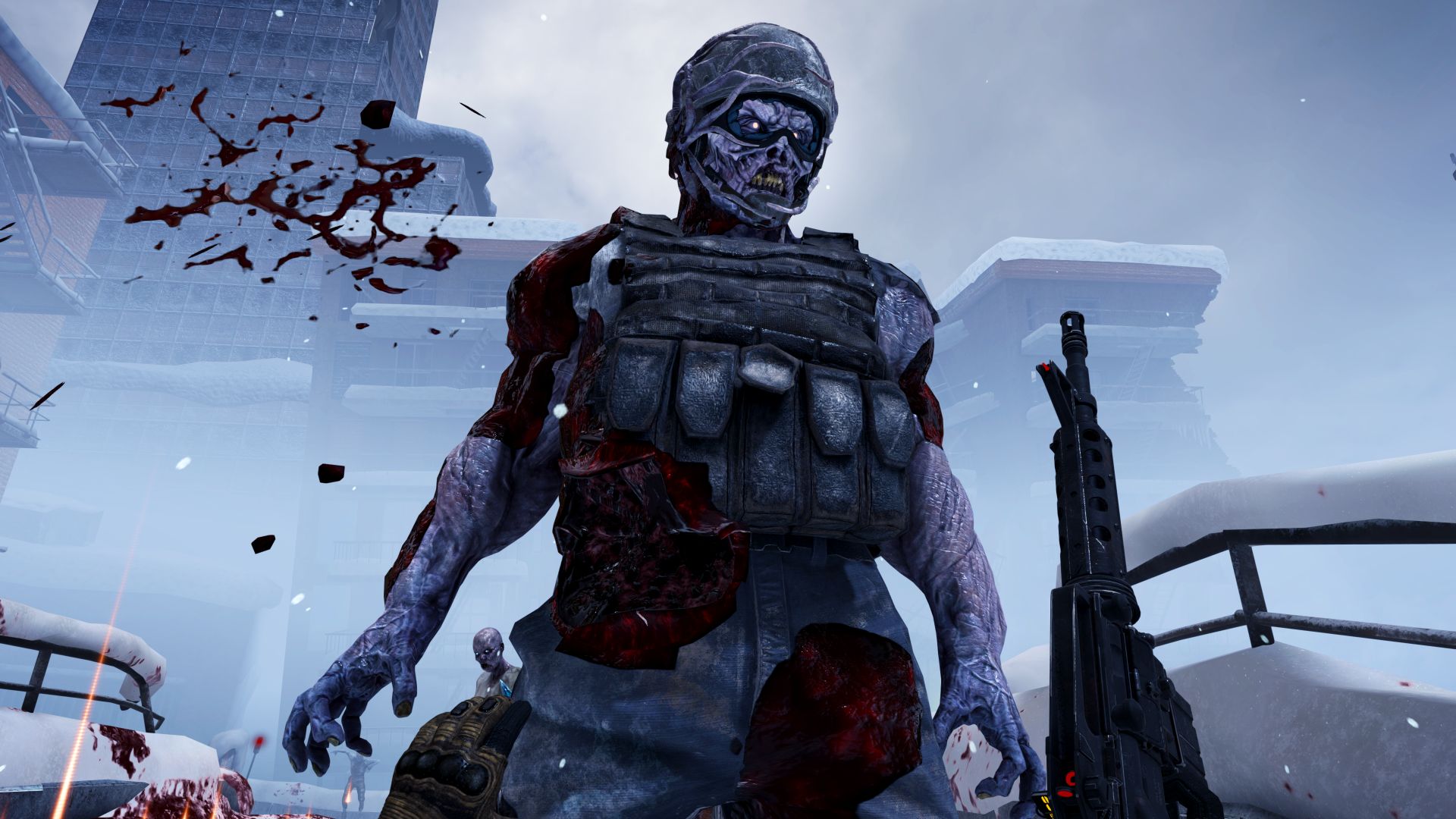 The other option for reloading your guns is by simply bringing the gun to your chest during gameplay. This ends up being much easier to do, although the manual reload option is intuitive. The only problem with this, outside of the manual reload taking longer, is that After The Fall allows players to dual-wield guns. There are no melee weapons and you cannot push off any zombies that attack you in close proximity. There’s a bonus reward for using the manual reload, but it ends up not being worth it. If you have a longer gun and try to reload a pistol, it can interfere and get in the way. It can be rather annoying in the heat of the moment.

Going with two weapons means there’s more to keep up with in terms of ammo management. There’s no holstering of weapons or a backpack to store another gun, although there is the option to use health vials and pipe bombs and these are stored in your wrist. These also don’t easily activate when you reach for them as both hands can be used to hold a weapon for stability. If you try to one-hand an AR-15, it’s not going to shoot properly. I ended up keeping one pistol as a back up in my left hand while using two hands to use a rifle or shotgun as my main weapon, which can trick your brain initially. It just ends up being easier to go one with one main gun that can be shot and reloaded faster. 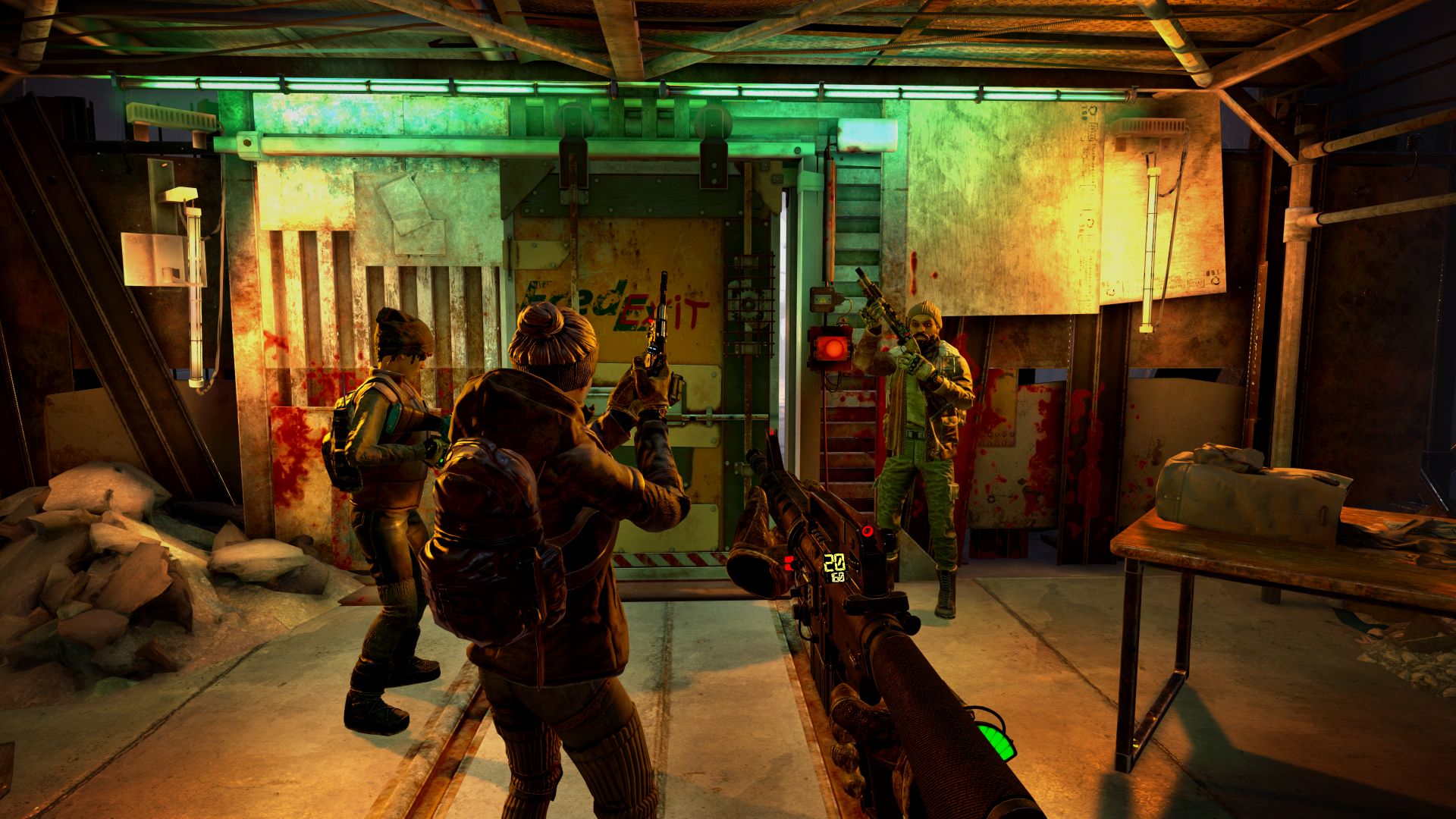 The shooting mechanics with the Oculus Quest 2 are engaging and it brings me back to the game. Aiming down your sights or pumping a shotgun after each usage is fun. Headshots are brutal on zombies as there are a few varying enemies. There’s basically two mini-bosses that are seen throughout each mission as it culminates with a final boss battle. Some zombies run or crawl while others stagger around. Enemies can also sneak up behind you, so being cooperative is important. Having the microphone on the Oculus allows for everyone to easily communicate with each other.

The visuals on the Oculus Quest 2 seems to be lacking. The game comes off as bland looking with its choose of colors even though it’s post-apocalyptic. Ice and cold define the environments, but it still comes off as a boring and drab. Environmental assets are low level, but the guns look solid as do the player models. It seems on par with the PSVR version, and the Quest 2 should be capable of better visuals. The Steam VR ups the assets and the screen itself, with the option of 120hz refresh rate providing an upgrade over the PSVR. Enemies look blocky and feel dated. Ultimately, After The Fall isn’t great looking on Oculus Quest 2. There are also random bugs where enemies get stuck in the air or in random locations. 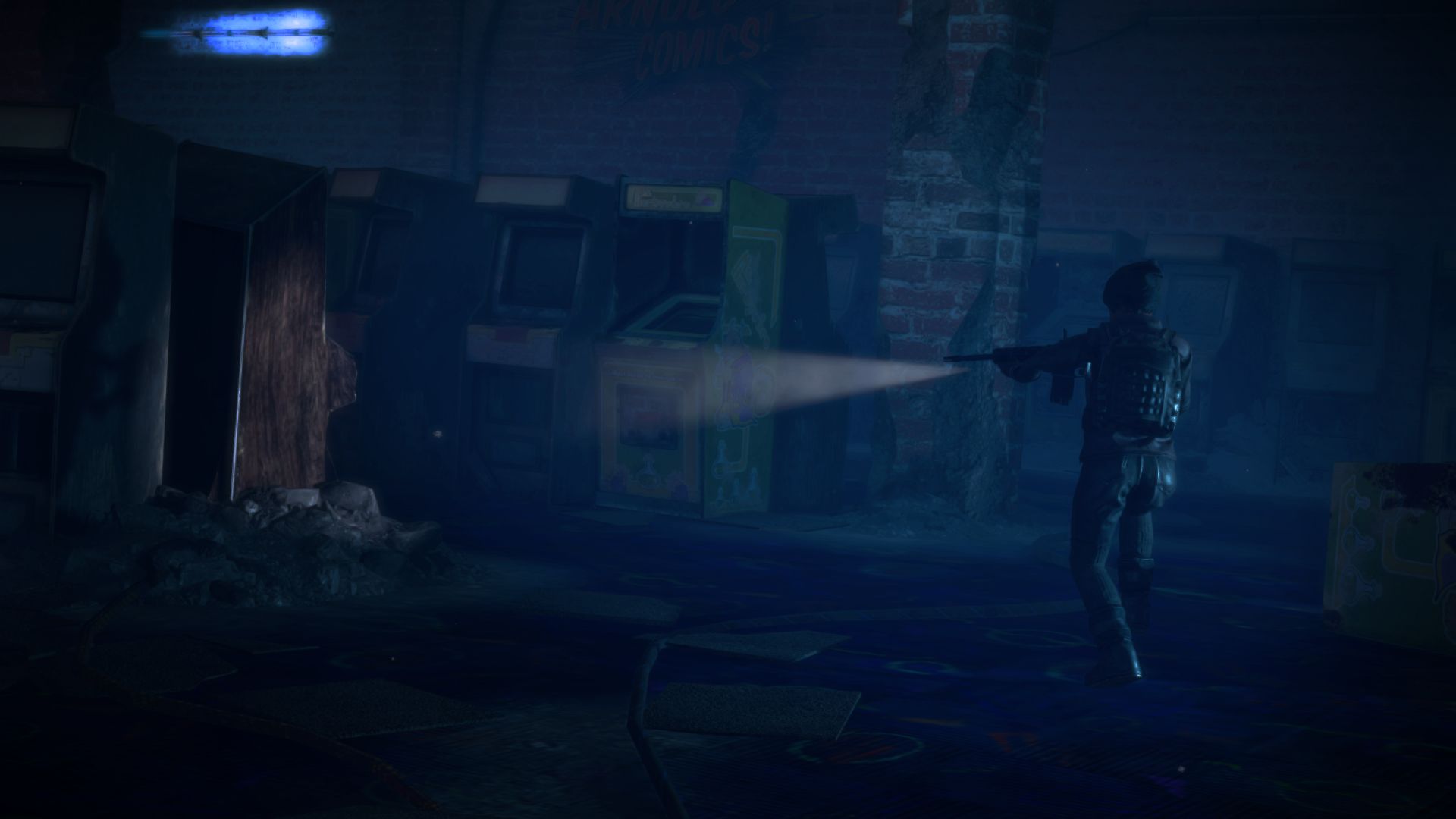 Another aspect that helps After The Fall separate itself from these types of games are the PVP Tundradome. This pits up to 4v4 in a team deathmatch and it can be fun. There are only two maps at the moment, but the map design for a shooter is surprisingly well done. Players can hide behind cover or take out the line of site from enemies while having other exposed areas for being picked off at a distance. Guns are picked up randomly on the map rather than starting with a loadout. This was a pleasant surprise that manages to garner engagement from the in-game community as well.

The audio in the game is also lacking. The soundtrack is cool and it changes around based on enemies and situation. Specific music also comes to an end once that area is cleared of enemies. The sound effects are basic, though. Gunshots, enemy audio and even character voice audio are mundane. Four random characters are used with no backstory and no way to select one will offer random repetitive commentary much like L4D or B4B. There’s also cringe humor sprinkled in for good measure. 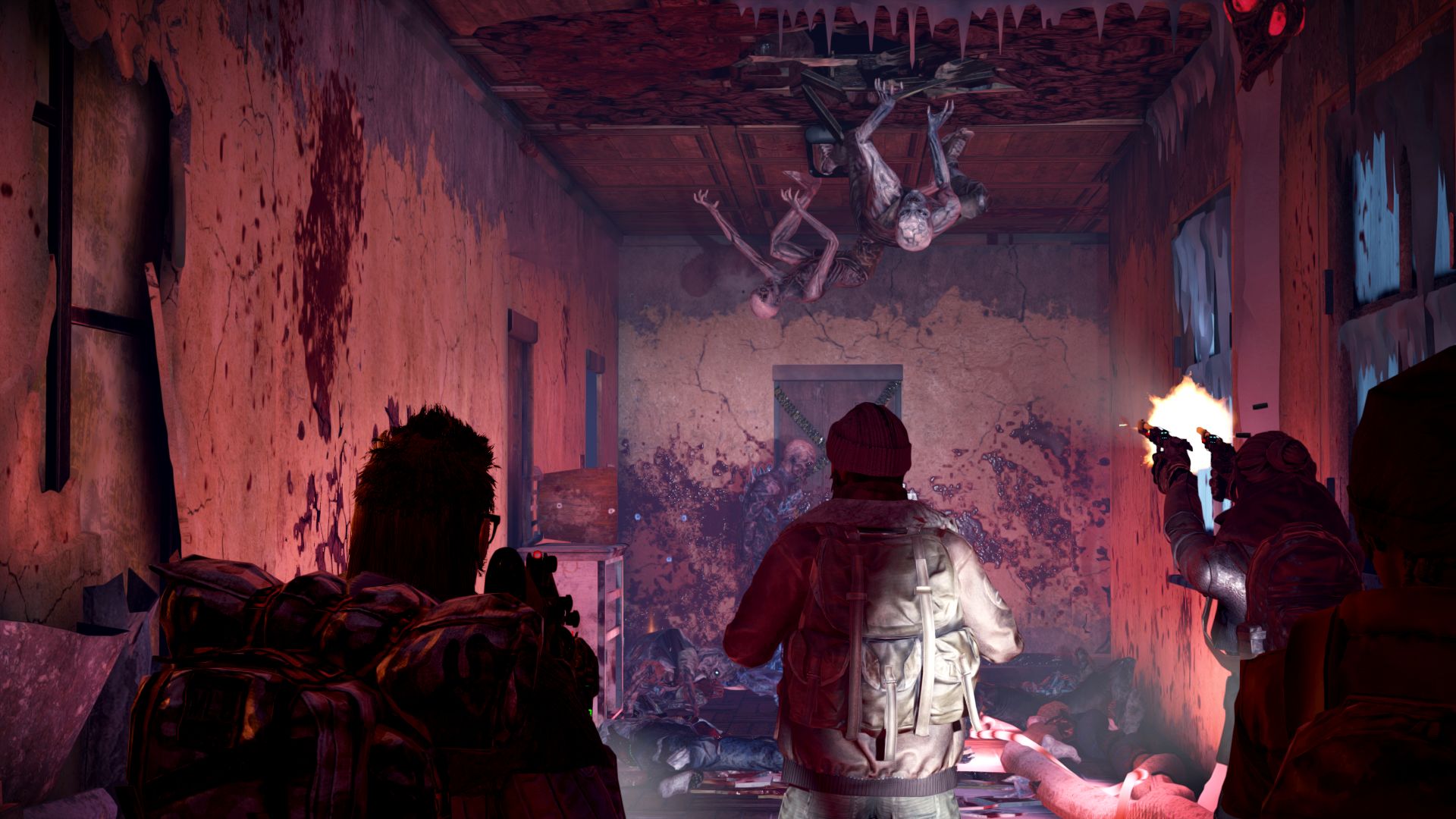 After The Fall is yet another zombie VR shooter in the line of zombie VR shooters. The team that was responsible for Arizona Sunshine tries to build upon that with a cooperative experience that succeeds in that regard, but the overall experience isn’t that satisfying. The gun mechanics with the Oculus Quest 2 mostly work great and the PVP is a nice surprise, but the overall lack of current content and annoying bugs hurt the game at launch. The idea of a VR Left 4 Dead would work better if there weren’t already a ton of L4D clones on the market.