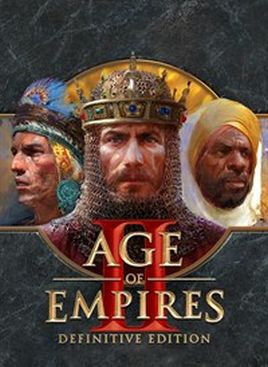 Back in the 1990s, Real-Time Strategy (RTS) was still a developing genre that had gained foothold in the early 1980s. While RTS does have an extensive history, there are some titles that helped define the genre into what it is today. Age of Empires is one such title that has made its mark in gaming history as a major title of the RTS genre. I didn’t realize it back then that it would grow to be one of the most highly-regarded RTS titles of its time — I was just more concerned with watching my father play out all of his strategic fantasies. Growing up with a history buff and military officer father meant that I was usually exposed to RTS from a young age. We had everything on our Macintosh PC from Starcraft to Command and Conquer. Yet, above everything, Age of Empires was the one game we played the most. Funnily enough, I told my father about this review and he responded with an almost nostalgic look in his eye, “Oh man, that was my favorite game. I would play that until 4AM and your mom would get mad about it.”

After immediately booting up the game, the first step was to activate the enhanced graphics. There is an Enhanced Graphics DLC available for the game that allows it to be played in its maximum graphical capacity. To note, that may not be the only thing PC users should do, as messing with the graphical settings even more will yield the best results. For example, I sharpened the image almost to the max while changing the output to 1440 so that I could make the most of my own set-up. While it may not be in every user’s best interest, I also turned on particle graphics, ocean waves and other smaller details that are usually turned off as the default setting. I run with a GTX 1070 video card with appropriate CPU processing, so turning on these settings didn’t affect gameplay at all. Turning on these effects may not be in everyone’s best interest, however, as they can compromise gameplay. After taking a decade long hiatus on the game, seeing it in such high graphical quality was impressive. When my armies would tear down buildings, I could see every little brick used to create the structures. Not only have graphics been updated, but the soundtrack has been remastered for clear quality along with remastered voice-overs. The title has come such a long way from how it used to look that it was indeed beautifully refreshing to see these aesthetic updates. 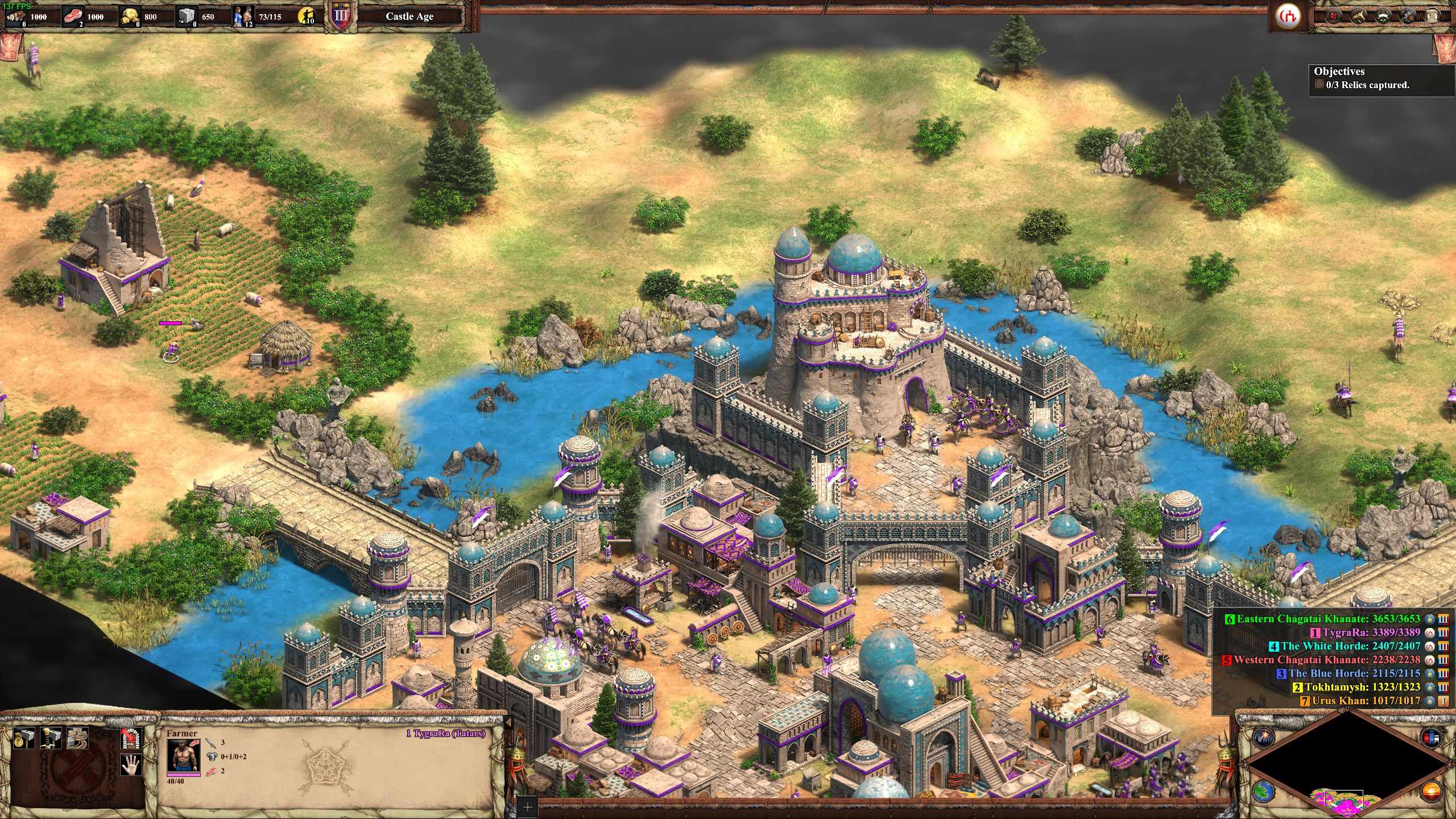 Gameplay still feels the same as it always did, but with some much-needed quality of life updates. This new edition of the game brings gameplay updates that help streamline Actions per Minute (APM), which is especially helpful in online play. It’s now possible to auto-replenish farms, when before players had to constantly go back and forth from whatever they were doing to keep up consistent food production. There are also now options for more waypoint functionality where multiple waypoints for scouting maps or gathering resources can be set up. There’s even more improvements to queues where different technologies can be queued up at once, status updates on what villagers are gathering and even improved AI where units can execute actions on the first click and can even queue different commands without waiting for confirmation. All of these improvements help create a smoother gameplay experience without feeling like too much of a hand-holding experience.

For players who have never played Age of Empires II before — or those who may need a refresher course for the game — one of the new features added to the game are Sun Tzu’s Art of War Challenges that allow you to show off your Age of Empire prowess to friends. These challenges also serve as a crash course in the mechanics by teaching necessary strategies like economy booming, fast-tracking to late game stages, rushing armies and how to even defend against rushes. Where these strategies and mechanics were something that had to be understood through trial and error, the Definitive Edition teaches new players tried and true strategies for an even more streamlined experience into the game. 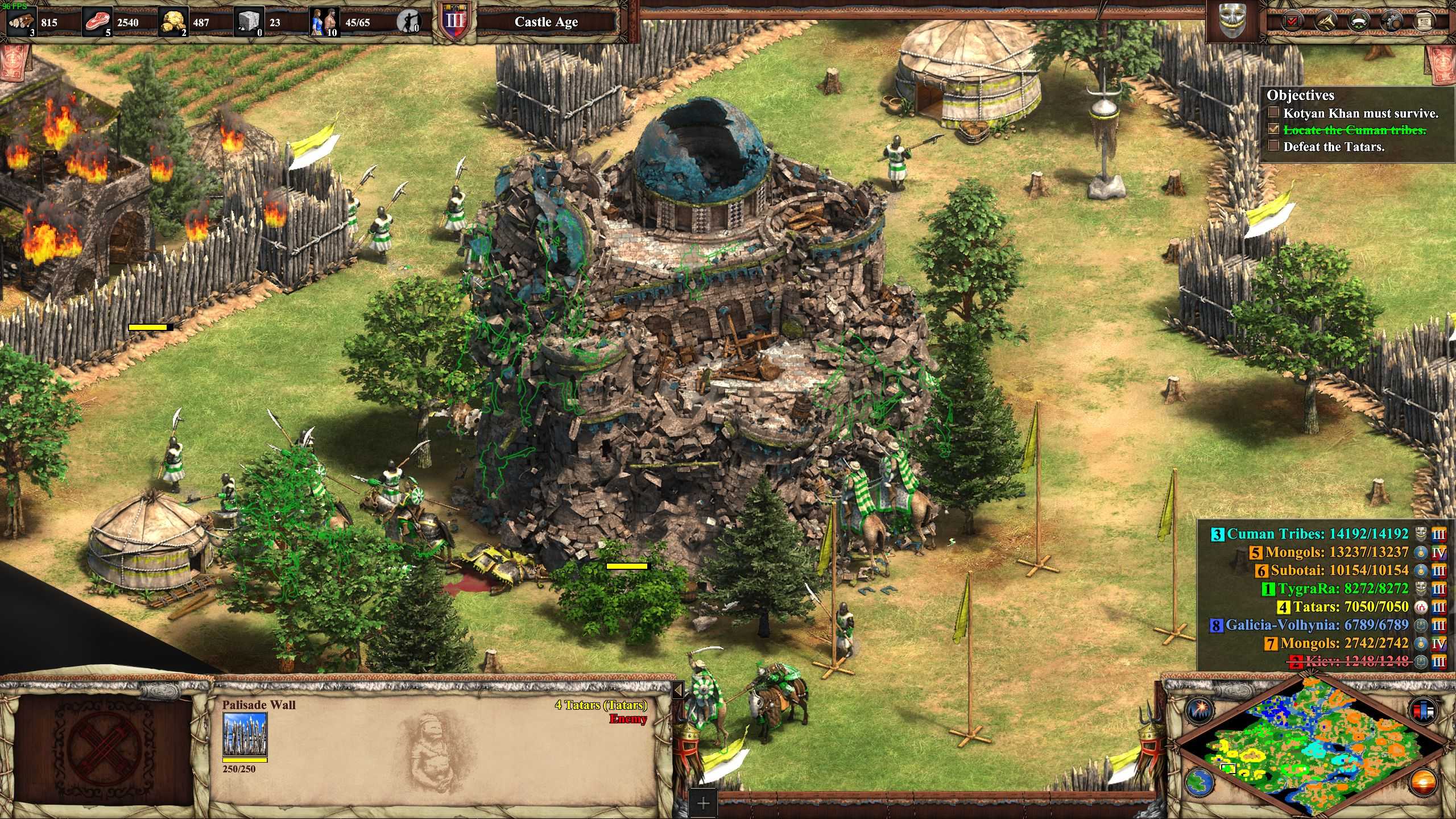 Updated gameplay and tutorials are especially helpful as players dive into the game’s all new content. Age of Empires II: Definitive Edition is truly a labor of love as all previous content with expansions can be experienced in a new light, along with all new content that’s never been experienced before. With four entirely new civilizations, to The Last Khans campaigns that give three new stories (that have been gorgeously created with new scripts and voice acting), this Definitive Edition includes over 200 hours of gameplay with new and old content combined. The Last Khans campaigns are also appropriately challenging by utilizing the knowledge of the past twenty years to execute thoughtful and immersive campaigns. The value of this package proves that this is the ultimate Age of Empires II experience for anyone looking to get into the game for the first time or anyone wanting to revisit the title.

There are tons of offline content to keep players busy for awhile, but how are the game’s online capabilities? Where before online utilized direct connection, the Definitive Edition uses server-based multiplayer that actually enhances the online gameplay. Despite server updates, however, there are still issues with online bugs, friends not being able to load in properly and dropped server connections. While updates have been released for the game since its launch to help smooth out most of these issues, it was disappointing to see so many technical issues at its release. While many of these issues have been resolved, there are some other updates needed to help with online optimization. 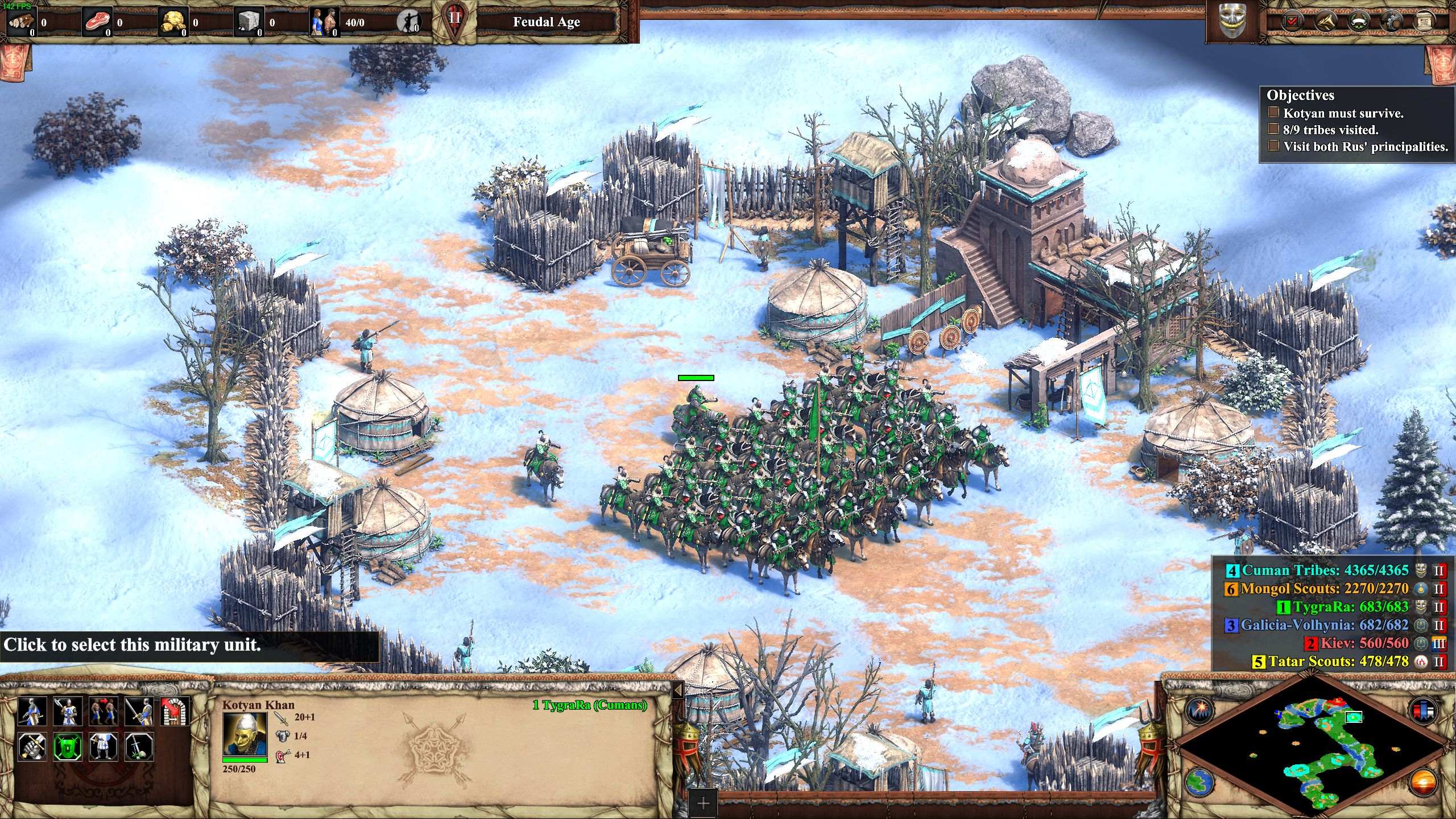 Age of Empires II: Definitive Edition is the champion of the RTS genre we deserve. The title itself may be twenty years old, but that hasn’t stopped this edition from being the best on the market. With aesthetics being painstakingly remastered and restored for modern systems, Age of Empires II has never looked or sounded better. Brand new, never-before-seen content is introduced to make the title more than just a remaster of an old game. New campaigns, new civilization and new modes make this a brand new experience for all kinds of fans. New quality of life updates are a game changer for all modes and even necessary to make the most of the gameplay experience. Enhanced queues, AI and gameplay tactics help players make the most of their play time without it dampening the overall experience. If anything, the quality of life updates should be the title’s main selling point above everything else. Age of Empires II: Definitive Edition is more than just a fresh coat of paint on an old title, it’s a complete overhaul of its original to create something new. And while it is still plagued by online issues, most of them have been resolved with updates and continued support by the development team. Whether you’re a new fan looking to get into the series, or a veteran player wanting to revisit a classic title, Age of Empires II: Definitive Edition is a must-play for any RTS fan.