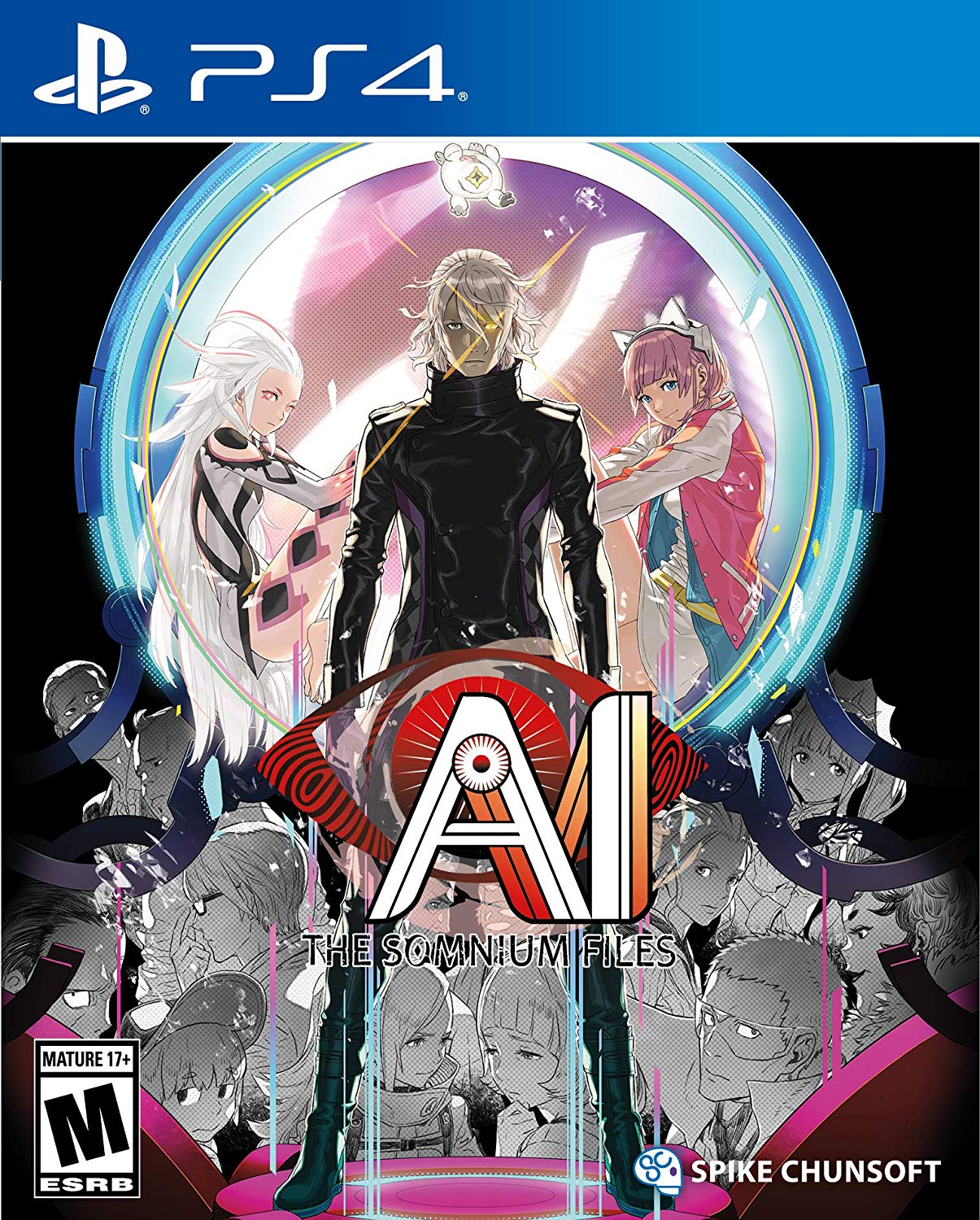 Murder mysteries are common in movies and television, but in gaming media it’s a much more rare thing to come across. Ace Attorney and Danganronpa tend to be up there as the most notable ones, so AI: The Somnium Files stands out this year as a unique title for players. Director Kotaro Uchikoshi is most well known for his previous writing work on the cult hit Zero Escape series. Now players have the chance to dive into the unique world of AI: The Somnium Files, but does it make a stand out appearance or is it better left on the ice cutting table?

The story begins after a murder has occurred, with a woman being found at an abandoned amusement park with one eye missing. Players take on the role of Kaname Date, an agent of the secret ABIS group working for the police. This particular case was called to his attention due to knowing the victim and his investigation begins immediately trying to figure out what has occurred here. Date doesn’t work alone, however, as his left eye is actually an AI robot by the name of Aiba. She assists Date in all his investigations with Xray and other features with the two being able to communicate through their thoughts. Through his investigation Date soon meets an assortment of characters including an Idol, her fanboy and Yakuza thugs just to name a few. The story is hard to go far into without spoiling too many aspects, but Date finds himself wrapped up in much more than he ever could have bargained for.

Somnium Files is bit of a unique mix of visual novel and adventure investigating. Date will visit many locations and can examine objects, people and suspicious items. Talking to people will help unravel what’s going on and move the story forward, with each area having a set amount of things that need to be investigated before moving forward. At any point during the investigation sequences, Date can open up his case notes to look up character information and key phrases that are important. Occasionally Date will encounter sequences where he will need to act fast, leading to quick time events. Often these rely on pressing one or multiple buttons or hovering over a certain object for a few seconds. When talking with people and escaping death through quick time events, Date will need to rely on the Psynch machine to push him forward in his investigation. 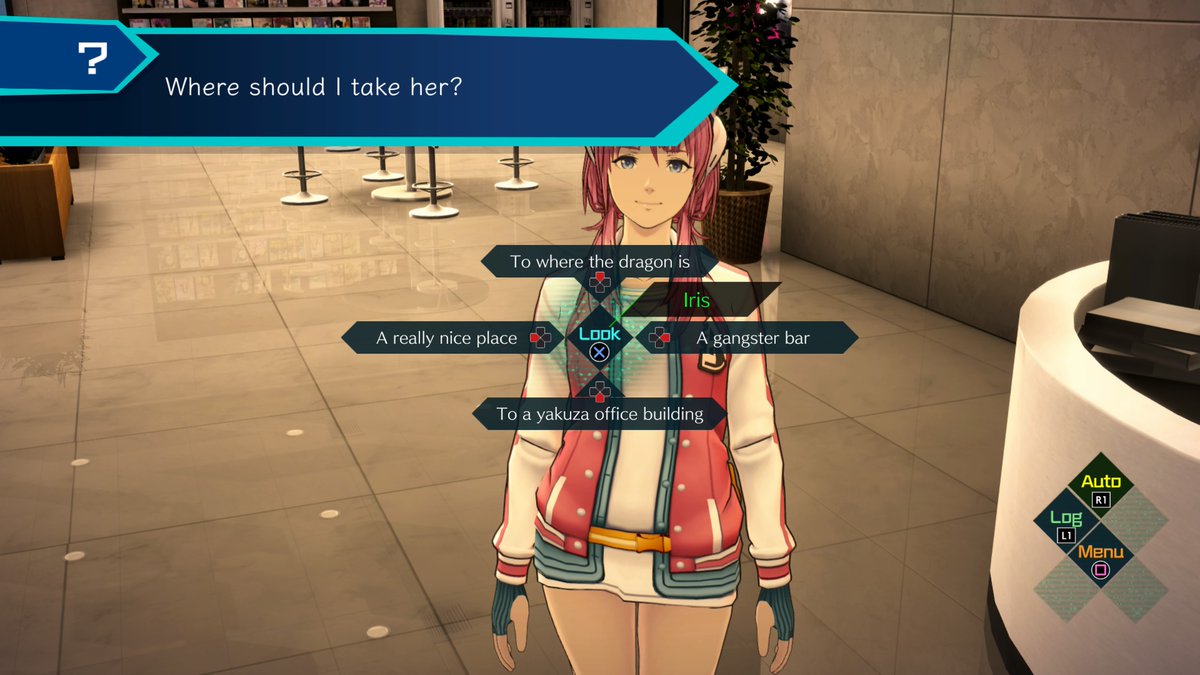 One of the biggest elements in Somnium Files is Date’s ability to psynch. This is used when a character is unable to communicate or unwilling to reveal all the information that they known. By hooking this character and Date up to the Psynch machine, he can go inside their dream and search for information. Here players take control of Aiba in a human form she’s created and Date tells her what to do. These dreams often reflect areas Date or the character has been, with mysterious objects appearing that can be interacted with. Interactions can range from ridiculous things that don’t make sense to simply investigating them to see if there’s anything of note. The catch here is that Date only has six minutes in the Somnium which ticks down whenever Aiba moves or interacts with objects. Each action will take a set amount of time, so discovering how to get through the dream sequences is a lot of trial and error within a limited time frame. Fortunately if Date runs out of him he has three chances to return to a previous checkpoint or can start over entirely. These are the most thought-provoking portions and rely a lot on thinking outside the box while also trying to make sense of the wild and unique dreams that people have. There are also dreams that will have branching paths based on Dante’s actions, which may lead to different outcomes if they’re taken. Fortunately these can be replayed through the flowchart in the menu, so there’s never a need to start from the very beginning.

One of Somnium Files’ strongest points is its characters and writing. Each character is fleshed out to be multi-dimensional, with dialogue between characters feeling natural and enjoyable. There’s a great mix of comedy and a more serious tone when necessary with checking each investigation area unveiling more about the characters themselves along the way. The visuals are fantastic, with details in backgrounds being fun to poke around at and character models looking very alive especially in cut scenes. The soundtrack fits each scene perfectly and makes for a lot of dramatic or humorous moments when need be. Somnium Files is a bit on the easy side, but it’s not an inherently bad thing. It’s forgiving and makes it hard to mess up certain sequences. In a way it’s obvious that the focus is on the detailed story, with the more active gameplay elements being there simply to break up the dialogue that might be feeling as though it’s running long. 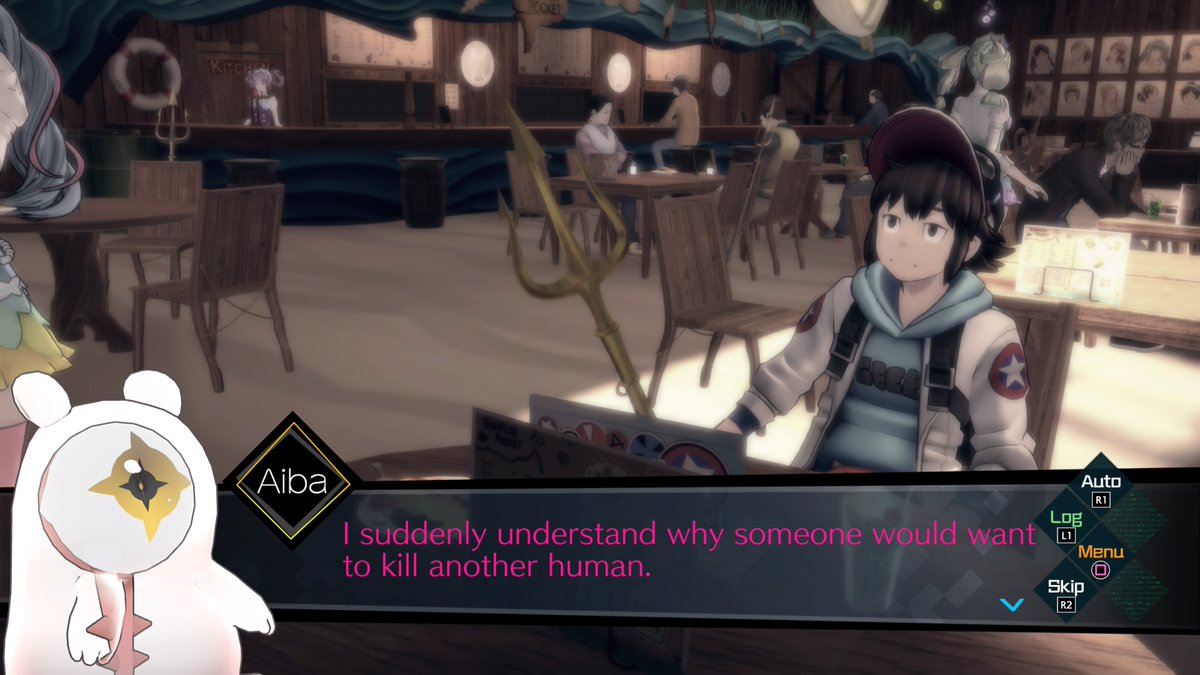 It’s hard to go into what makes AI: Somnium Files so extraordinarily great without spoiling key elements, but it’s truly a title that grips quickly and doesn’t let go. The story is filled with little details that flesh out the story little by little with tons of reason to go back and try something differently to see where it leads. Every single character has a sense of mystery around them that makes it easy to want to learn more and Somnium Files is happy to dish it out to those willing to dive deeper into all it has to offer. It’s also worth noting that this is a dark title, with lots of visually upsetting imagery and extremely serious situations, so those that are sensitive to these situations should be aware of before they dive in. It’s rare that such an amazing gem of a story and mechanics like this comes around but AI: The Somnium Files is a must-have for those who love murder mysteries with deep, rich stories.