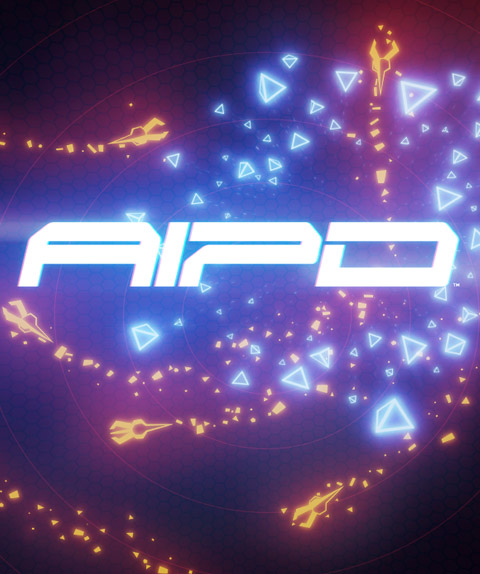 So many games have been chasing the “dual joystick shooter” dream since Geometry Wars: Retro Evolved released in 2005. It modernized the ancient top-down shooter genre in a confident, stylish way that was deceptively simple in design but proved nearly impossible to replicate with the same degree of craft. Even playing last year’s Geometry Wars 3: Dimensions, you get the sense that the developers wore the legacy of that first game heavy, like an albatross around their necks. Retro Evolved is an impossible standard to follow, yet so many developers subject themselves to it, and rarely to their benefit. Unfortunately, AIPD – Artificial Intelligence Police Department is no different. Like so many other would-be Retro Evolved usurpers, AIPD is an on-paper clone at best, sporting the look and ethos of the former game while lacking the depth and replayability that made it so great.

Artificial Intelligence Police Department is a confusing name for this game. There’s no story or setup to speak of here, nothing to justify the title beyond some circuitboard patterns in the neon-infused art style. The game simply dumps first-time players unceremoniously into menus clearly designed for the Steam version of the game — even on consoles, you’ll need to nudge a mouse around with the left analog stick to make selections. There’s a brief “how to play” section of the menu to explain the basics of the game, the enemy types and so forth, but those seven static pages are all you get. It doesn’t need too much explanation, though: move with the left analog stick and aim with the right, fire your main weapon with the right trigger or a collected super-weapon with the left, and use a power-up by clicking in the right stick. You can choose one main weapon and one passive ability, and there’s a decent variety of each. Weapons range from gatling guns and shotguns to auto-targeting short-range lasers and long-range pulsar rifles, so as you unlock each new weapon by meeting a persistent score total, it’s worth playing around with all of them to get a sense of what your play style will be. The passive ship abilities are a little less interesting with most amounting to tired archetypes like “more shield but a slower ship” or “slower weapon overheat but less shield.” As well, there’s local co-op for up to four players, a rare and much appreciated feature these days. 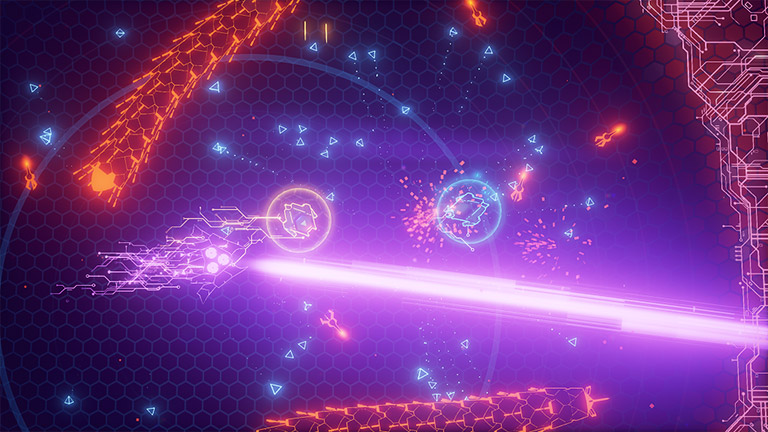 If you’ve played Retro Evolved or any other dual joystick shooter over the last decade, you’ll be immediately familiar with — and a little bored by — AIPD‘s action. It drops your ship into a circular arena and tasks you with defeating waves of enemies as they stream in from the edges. There are a handful of different enemy types, and the game has an easy shorthand for which you should probably prioritize first: orange enemies are the grunts that more or less go about their own business; violet enemies are the heavy hitters who actively chase you down, shoot lasers at you or even teleport behind you. There’s a great effect where off-screen enemies are represented by blurred orange or violet colors, so it’s easy to keep track of incoming threats. Enemies will drop consumable power-ups you can store, like slowing down time or getting a temporary shield boost, and occasionally a transporter enemy slowly passes through that will drop a super-weapon if killed before it leaves. There’s an interesting system between rounds that lets you pick one of two challenges to make the next round harder, like giving certain enemy types a boost, fewer power-up drops, or forcing the player to slowly lose their score multiplier. There aren’t nearly enough modifiers and very few of them change the gameplay in a drastic enough way, but it’s interesting nonetheless.

Everything about AIPD just feels too standard, too dry. The enemies are predictable and sparse. They spawn in a pattern that makes it easy to tell where they’ll come from, and their behaviors aren’t dramatically different enough to force you to change your behavior. It’s very easy to cruise the edge of the arena, lazily sweeping inward only when absolutely necessary or when a transporter rolls through the center and you want the super-weapon it carries. By necessity the game can’t spawn that many enemies at a time because the perspective is too close to your ship and the arena isn’t all that big; AIPD‘s action feels muted and a little unexciting as a result. You can ratchet up the difficulty for a more challenging experience, but it’s just a numbers game at that point: player health down, enemy health up, everything else stays the same. The game lets you design your own modes with unique combinations of its modifiers, and we’d recommend always turning on environmental hazards because the game is easily at its most fun when an incoming asteroid field or a quickly-closing energy field forces you to change up your strategy. 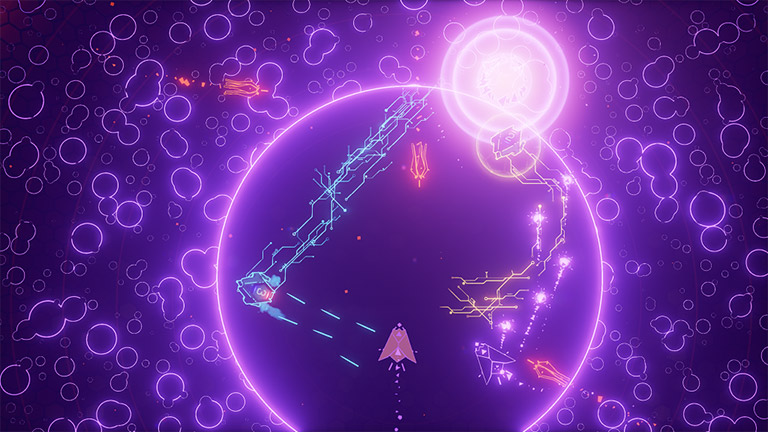 It’s easy to feel like you’ve seen and done everything AIPD has to offer after just a couple hours, and really, that’s because you have. It’s decent fun during that initial phase, but you’ll be wondering, “what else is there?” AIPD doesn’t have a great answer to that question. It’s absolutely gorgeous, with bright neon colors and bombastic effects, but it’s all style and no substance. If you’re smitten by the style and want a casual dual joystick shooter to plow through in an afternoon, AIPD isn’t a bad purchase. But if you’re hoping for a shooter with some real meat to chew on, AIPD will leave you wanting.