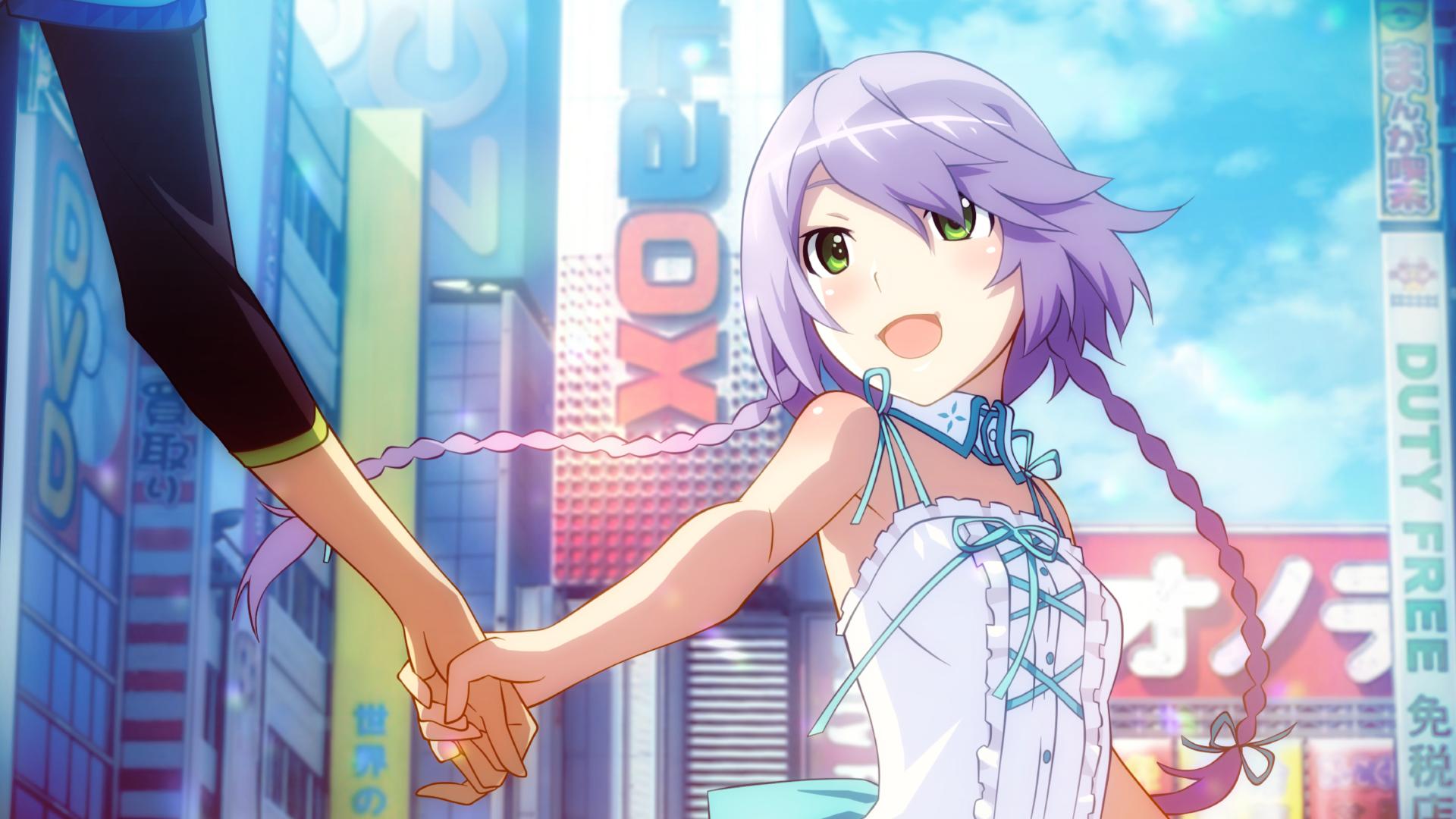 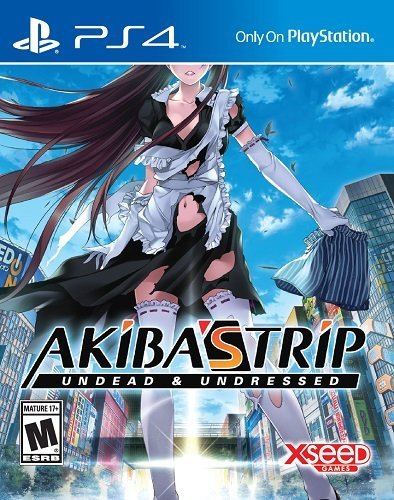 Have you ever dreamed of tearing a schoolgirl’s skirt off in the middle of a busy side street? What about ripping the shirt off a dapper gentleman’s back as he walks home from work? Regardless of your questionable and more than likely illegal fantasies, Acquire’s Akiba’s Trip: Undead and Undressed seeks to bring them to life, setting you loose in the otaku capital of the world. While its premise is unique and slightly unsettling, the game doesn’t quite live up to its own bizarre standards once you start stripping.

Akiba’s Trip tells the tale of Nanashi(or whatever you choose to rename him), an ordinary otaku in Akihabara who applies for a job testing experimental drugs in exchange for rare figurines. Blinded by the promise of perfectly molded plastic, he is quickly robbed of his humanity and transformed into a synthister, a vampire-like being that feasts on the lifeforce of others in order to survive. Before the brainwashing is complete, however, a mysterious girl saves him from evil’s grasp and gives him a taste of her blood to fend off the toxin’s powers. Now, retaining his newfound strength and unfortunate aversion to sunlight, Nanashi must purge Akihabara of the synthister scourge the only way that works: by tearing off their clothes and letting them sizzle in the sun.

The game borrows its name and premise from the internationally famous Akihabara district of Tokyo, home to a wide array of gaming stores, anime merchandisers, and electronics vendors;a real nerd’s paradise. The game prides itself upon its realistic and comprehensive representation of the technological paradise, but unfortunately most of that detail is only skin deep. Buildings and storefronts look great from afar, but upon closer inspection the city is merely a sparse shell of its lively real-life counterpart. Many famous and iconic shops are included and sell useful items and weapons for your adventure, but there are also far too many that you’re impeded from interacting with at all; my stroll to the Gundam Cafe ended in tears when I realized I couldn’t walk through the doors and bask in all the mobile suit glory. 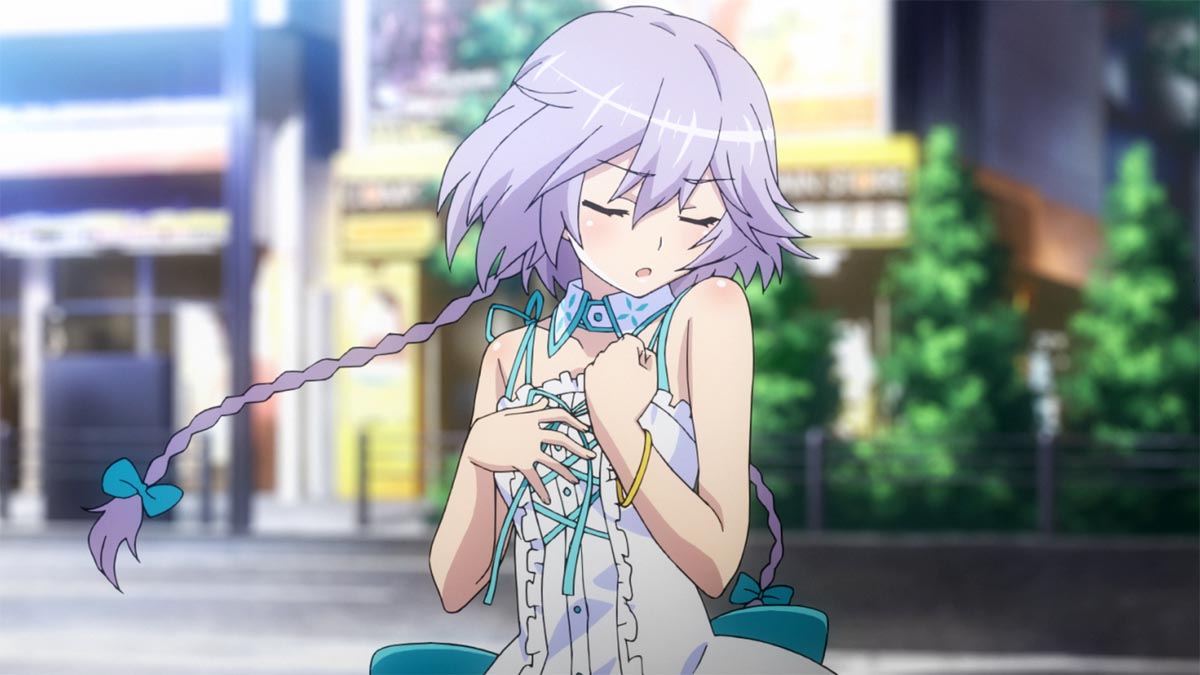 The city doesn’t really feel alive, either. Pedestrians from all walks of life and fandoms fill the streets, discussing the latest episode of their favorite anime or debating where to look next for the hottest figurines, but the quirky unpredictability of the area is disappointingly muted. It’s an admittedly difficult task to capture the essence and wonder of such a unique place, but you would expect better from a game that so actively flaunts its setting.

Many of these cut corners could have been forgiven if Akihabara had been presented as a true open world environment, but instead the PS4 version of Akiba’s Trip settles for the disjointed mess that killed the immersion of its PS3 and Vita counterparts. While you can interact with NPCs and even see far off in the distance, actually crossing from one section of the city to another initiates a brief loading screen, completely severing any hint of continuity as you traverse through Tokyo. It makes the sections of Akihabara feel more like separate areas than one cohesive unit, and it’s honestly unacceptable on a machine as powerful as the PS4.

It’s painfully clear that the game has merely been up-scaled for its current-gen console debut, but this version’s exclusive features easily make it the pick of the bunch. A visual editor lets you tamper with the game’s visuals as you see fit, and features a number of fun presets to give you some ideas. There’s also the Toybox mode, which gives you immediate access to every avatar, item, and weapon in the game from the very start, though sacrifices trophies. Best of all, however, are the broadcast commands viewers can implement while you share your gameplay,  dropping panties, initiating brawls, and even creating NPCs in their name to drop in your game. It’s not quite as outrageous as it could have been, but there’s always a lot of fun to be had when you give the reins to strangers.

Of course, Akiba’s Trip’s most flaunted feature is its strip-tastic brawling, which has players targeting specific articles of their enemy’s clothing until it’s weak enough to be torn off. Whether businessman, schoolgirl, or hunch-backed otaku, you’ll force enemies down to their underwear in broad daylight in order to expose them to the sun’s beating rays. It sounds a bit lewd, and it’s definitely an, *ahem*, unique mechanic, but the game is surprisingly tasteful in how it handles its almost perpetual nudity. Characters are really only ever stripped down to their underwear, and even when you pull of the super special finishing move that tears off those last strips of cloth everyone’s private areas are blurred out. Of course, the obligatory fanservice pops up now and again as well, and you’ll find plenty of boob physics and revealing poses here. 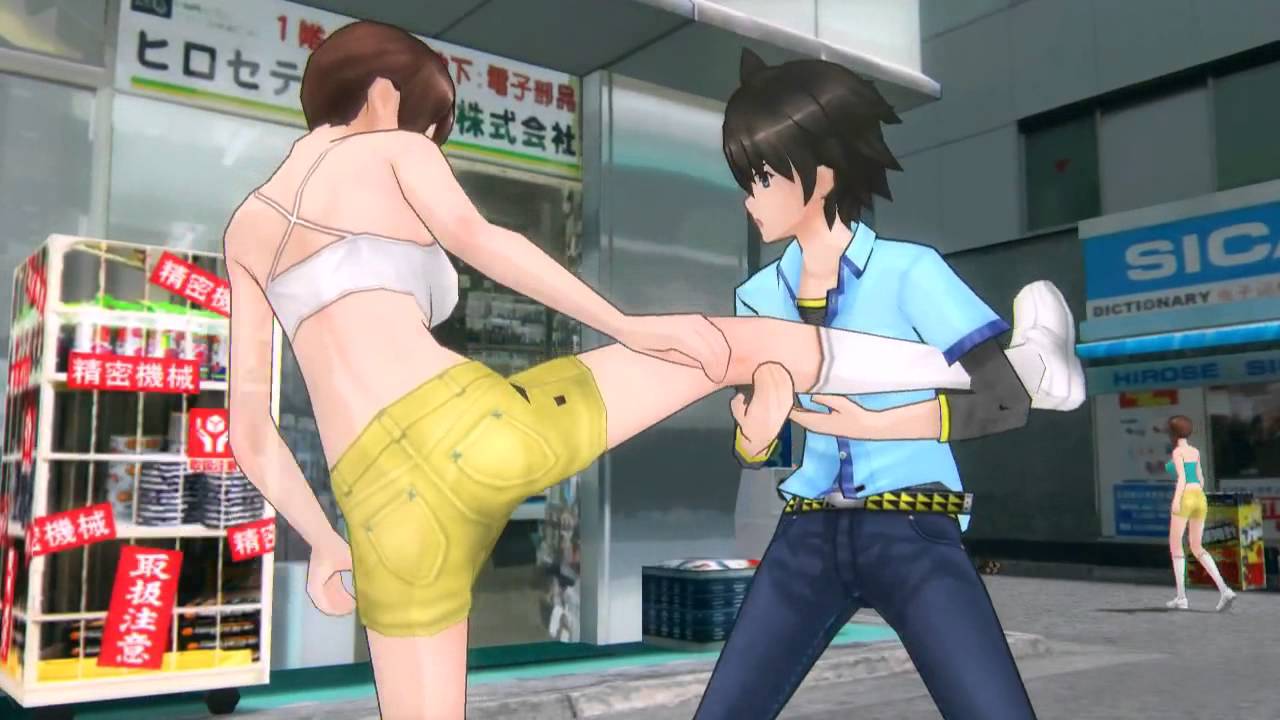 Unfortunately, the actual combat is a bit of a mess. Attack animations take far too long to initiate and finish, often leaving you stuck swinging your weapon in one direction while your opponent circles around to tear off your trousers from behind. Your set of attacks is also painfully dull and limited, making the buildup to the next strip  far less exciting than it should be. With that said, there’s something gleefully pleasing about exposing your enemies against their will, especially when you’ve spanked them around beforehand. Even so, as you progress through the game the you’ll see very little enemy variety, and the difficulty is only increased by throwing more baddies at you at once. It all feels woefully underwhelming, a far cry from the robust strip-centric combat I was expecting.

Akiba’s Trip’s disjointed Akihabara and clunky combat are less than impressive, but the game was saved from the clutches of mediocrity by its absolutely fantastic writing. The English localization team should be applauded for perfectly capturing the comedic essence of the game with witty quips and pop culture references, all while constantly poking fun at genre tropes with brilliantly self-aware humor. I was surprised to see the game take on a visual novel format during these moments, constantly offering opportunities to define your character in the eyes of your companions with brief dialogue options that were screaming with hilarious personality.

Depending on how you carry yourself in these conversations, you may even find yourself winning the affections of one of your female companions, lending a dash of dating sim to the eclectic mixture of gameplay strewn throughout Akiba’s Trip. The problem is this dating element never really feels fleshed out, and ultimately adds very little the experience. That halfhearted execution is really Akiba’s Trip’s fatal flaw. It’s never quite sure what it wants to be, settling for a shoddy combination of brawler, open world, visual novel, and dating sim elements that fails to live up to the developers’ obviously lofty ambitions. It does work at times, especially when the visual novel areas provide a break between the repetitious missions, but it’s overwhelmingly clear that this game could have been much, much more refined.

There’s plenty of content to lap up if you find yourself hooked, however. The main story will only take you around 6 or 7 hours to complete, but you can spend several times as long  taking on the numerous side quests that pop up throughout the campaign. Multiple endings featuring each of your female friends will also keep you occupied, as will enhancing and fusing your weapons to create the ultimate stripping utensil.  It might not be as polished as you hoped, but Akiba’s Trip is definitely full of things to do. 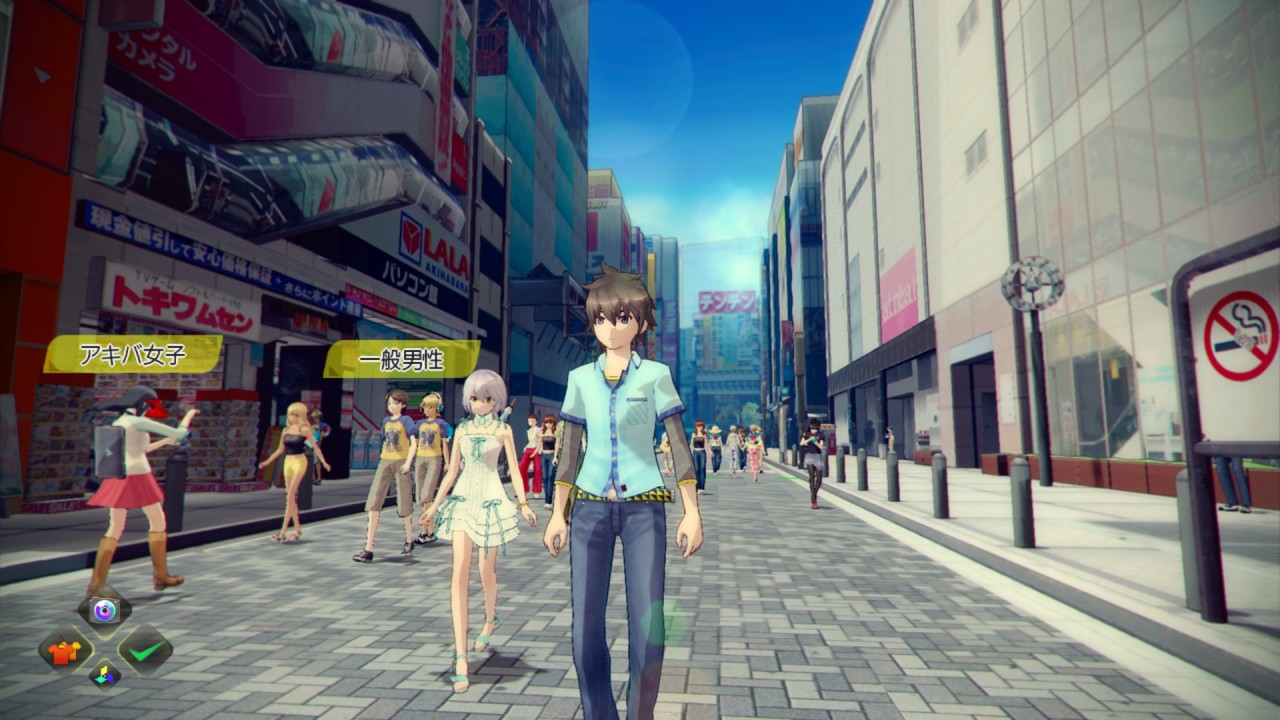 Akiba’s Trip: Undead and Undressed takes an utterly unique premise and only sees it halfway through. It’s a mediocre brawler, an interrupted open world adventure, and a decent visual novel, but ultimately the game lacks the confident quirkiness the initial idea clearly had in spades. Enhanced visuals and broadcast interactivity easily make this the definitive version, but it’s disappointing that Acquire didn’t do more with the console’s more powerful hardware. The developers have somehow managed to play it safe with what seemed destined to be a zany, inappropriate and devilish experience.