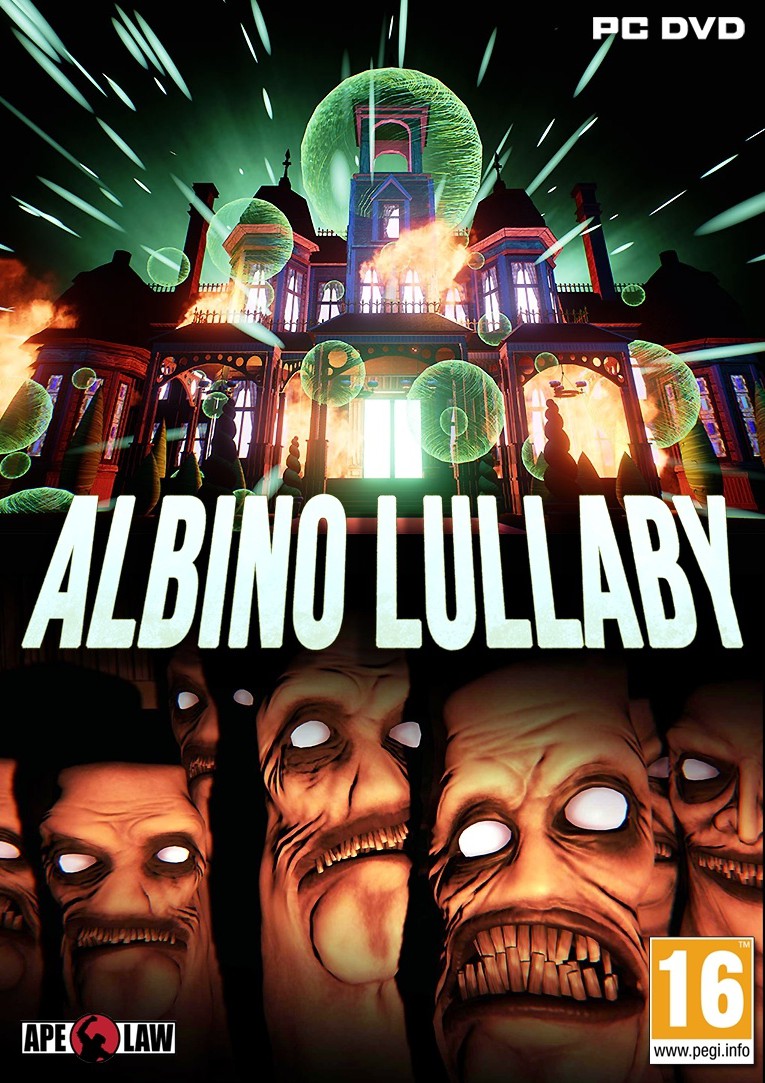 It has been incredibly interesting to watch the horror genre over the past few years. After getting highly saturated with action-packed zombie fests, things suddenly reversed course. Indie developers led the forefront with slow-paced tales with truly horrifying atmosphere before evolving (or devolving) into jump scare mechanisms. Now we’re in a spot where we see titles of all types coming forward. Albino Lullaby Episode 1 is one release which never quite fits into any neat little distinction because it takes cues from all over. The title first showed up on Kickstarter and succeeded in large part because of those distinguishing features – unique visuals, trippy setting and stealth play.

More recently, developer Ape Law released a virtual reality edition which works with both Oculus Rift and HTC Vive headsets. Unlike some games out there, the VR update is a free addition for folks who already had the game and is available on both Steam and Oculus’ storefront if you’d prefer to play it there. There are unfortunately some issues with the VR edition, but we’ll get into that after introducing Albino Lullaby: Episode 1 to folks who haven’t dived into it just yet.

At its core, Albino Lullaby: Episode 1 is a stealth-focused horror game. Yet many probably won’t even realize that at first thanks to the incredibly trippy introduction. Players are first welcomed into the world via an almost dream-like sequence before dropping into a most disturbing mansion. Partially antique and mechanical in nature, its rooms shift and transform in ways which should not be possible. For example, a switch may swivel the entire room around to lead its exits in an entirely new direction. Then there are the creepier aspects of the whole place. Scattered throughout the building are a constant stream of nearly nonsensical notes. Although written in English, they obsessively focus on someone known as “Grandmother” and also have an apparent fetish with liquids. The setting itself, as well as the notes, convey that torture and strange experiments are being performed here. But that’s just the start of the weirdness in Albino Lullaby: Episode 1. 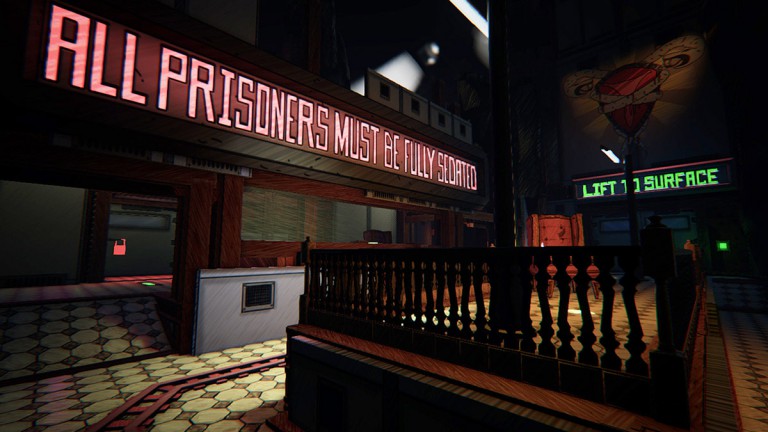 Rather than evoking pure terror, Albino Lullaby: Episode 1 seeks to disturb players. This is evidenced by the grandchildren – the game’s main enemy. These beings are hardly human and feature grotesquely large faces and pallid skin. Escaping them is easy enough, but sometimes there are far too many in a small space to navigate away from. Those instances are far more annoying than they are frightening. As creepy and cool as the visuals are at times, the experience leaves players on a total cliffhanger after two to four hours of play. The gameplay itself also really fails to evolve much from Slender: The Eight Pages‘ style of walking, picking up notes, and avoiding danger. It’s hardly unique at this point, but the stylish, creepy art direction makes this journey one worth taking for some regardless.

Audio also keeps pace with the intriguing visual design. At times, there is the voice of a man shouting through loudspeakers. It sounds both like some sort or religious sermon, call to action, and finally a live concert. The sing songy nature in which he often delivers his speeches is creepily melodic. Of course, the in game music is pretty unique itself, taking on an experimental vibe. The discordant sounds fit in perfectly with this weird world and are unlike basically any other horror game soundtrack out there. Sure, Albino Lullaby: Episode 1 might be more style than substance, but at least it’s super cool from a visual and audio standpoint. 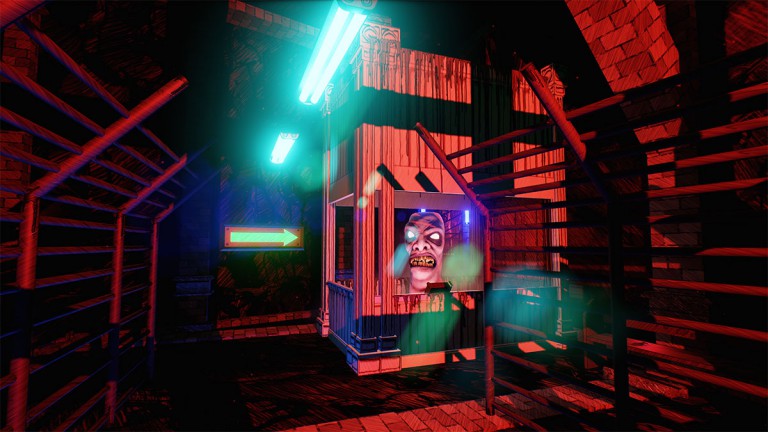 So let’s delve into the whole virtual reality addition. As the game was always first person, the only change is that now you’re able to fully immerse yourself into the gross world of Albino Lullaby: Episode 1. Players move about the landscape via a gamepad. While they are free to look freely via their chosen headset, moving and turning the in-game camera is controlled via analog sticks. This is where the big issue lies for many VR players. The camera motion is much too fast and has no option for slowing it down. What this results in is that some end up getting motion sick after just seconds of being faced with such quick camera motion. It’s weird how this happens, but seems to be a common shortcoming of some non-VR games getting virtual reality iterations. More work needs to be done by developers than simply enabling such a mode.

This issue is a huge shame as, by all accounts, Albino Lullaby: Episode 1 is exactly the kind of game that sounds perfect for virtual reality. The game is primarily focused around exploring and soaking in the gorgeous, disturbing locales. Seriously being able to “see” the mansion and all its little nuances is a downright exciting notion. So too is the potential of watching the house’s impossible mechanical nature first hand as rooms turn upside down with you inside them. It all should be awesome, but the potential for motion sickness is just too great at this point to recommend playing in virtual reality with either headset. 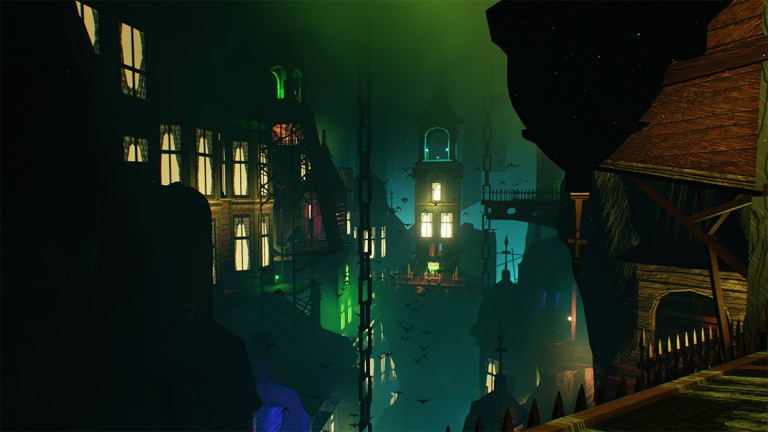 Albino Lullaby: Episode 1 is a most unnerving horror game, but not the all-around freakiest or best from a gameplay perspective. Despite some A+ design work, there is a real lack of compelling gameplay at the core. Even so, it might be worth an afternoon of play for diehard horror fans (or folks who just plain dig the aesthetic). Those hoping for an excellent new horror title to play in virtual reality, however,  must unfortunately look elsewhere. This release is a simple conversion of a non-VR release into VR and appears to have not considered the full logistics of this change. As such, the existing virtual reality build is downright unplayable for many due to immediate motion sickness and headaches. Perhaps a simple camera tweak will resolve the issue, but until then, anyone with a Rift or Vive simply should look elsewhere.