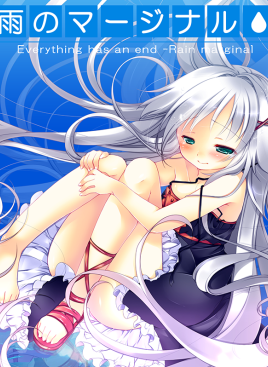 The Narcissu series of visual novels have drawn a huge fandom in Japan, and more recently, gained acclaim with western players thanks to a free release of Narcissu 1st & 2nd on Steam. It seems that Tomo Kataoka’s writing is as effective here, given a strong translation. Sekai Project recently teamed up with Kataoka again to bring their latest visual novel work to Steam. The newest title is Ame no Marginal -Rain Marginal-. It’s a short, serious tale which only includes one ending but does still showcase some branching pathways along the way. While simple, the storyline includes many questions to be pondered during a playthrough.

As we jump into the story, we are introduced to a man who hates his job and in fact seems to detest living itself. So much so, he contemplates suicide on a regular basis but has thus far avoided any actual attempts on his own life. While this is happening, we also see the world from the perspective of a young, white-haired girl. It seems she lives in an alternate reality where rain always falls from the sky and she is entirely alone in this world. How do these two completely different people relate? Well, on his way to work one day, the man discovers something incredibly strange. His elevator at work, which caps out on the 7th floor, has spontaneously added a button for an 8th floor. He presses it and finds himself suddenly transported to the rain world where the child has been living all by her lonesome for an unknown amount of time.

Obviously, going far beyond this setup would spoil portions of the game, and that’s a big deal considering it will only take most players two to three hours for one read through. With that said, it’s still imperative to explain some of the framing, as it distinguishes itself from other visual novels with how the game is setup. You see, the story is explicated by two different pathways – that of the man and the child, who is named Rin. Although there are points where their storylines converge, many chapters focus on one character’s perspective and history specifically. 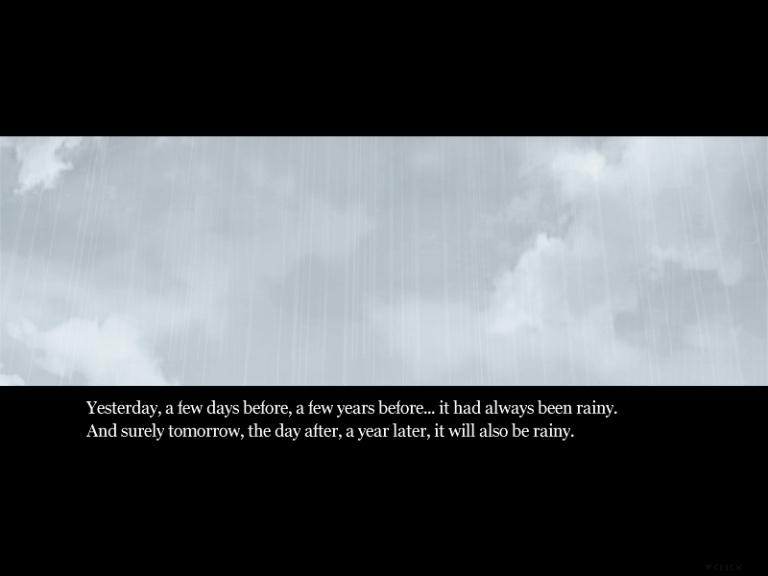 Through these distinct chunks of storytelling we learn a great deal more about Rin, such as where she was before living in the rain world, and what happens in between meeting this stranger. As for the guy, we get to hear his thoughts on trying to determine what this place is and why he has been brought there.

There’s a lot of questions provoked during Ame no Marginal -Rain Marginal-, and some are never explicitly answered. All sorts of themes crop up, such as the acceptance or rejection of faith, gods, and repentance. Those who feel strongly opposed to religious messages in games may dislike it for this reason, though I personally don’t believe the game is attempting to suggest that any specific belief is “true” or not. It’s just providing a vignette which happens to deal in these themes that many people have considered throughout humanity’s existence. Thankfully, it doesn’t feel that romance is really thrown into the picture (considering the difference in ages between both protagonists!). Mostly, this is a somber tale which is meant to be explored in one or two sittings. 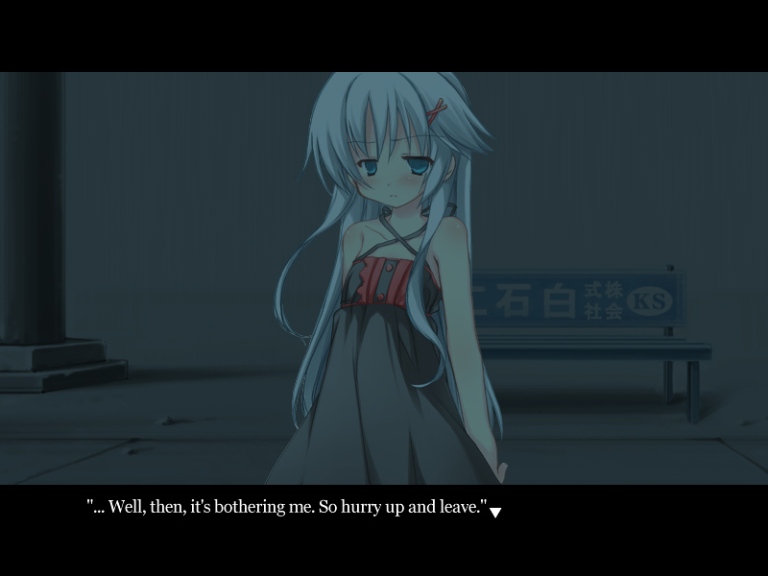 The art style works, although it is far from unique. As with most other visual novels we’re regularly getting glimpses of Rin in all her anime glory. As for the male lead, we rarely see his body, and of course never his face. That’s a bit of a weird choice given that players are not exclusively experiencing the world through his eyes, which is usually why visual novels obscure protagonist faces. In any case, the best aspect of the artistry is its focus on rain. Obviously, you need to show rain constantly for this rain world to seem effectively otherworldly! It works. Everything is puddled, wet, and seems strangely abandoned. There is very little animation in the CGs aside from raindrops, but animation isn’t necessary to get this story told.

Musically, I wasn’t sure what to expect but most of the time Ame no Marginal -Rain Marginal- has a spot on soundtrack. The mood is set effectively by lonesome music and only early on does it feel like the music is at odds with world. Unfortunately, there’s not currently an easy way to get the soundtrack as it’s not available with the Steam release. It’s worth noting that all copies of this game also come with a brief Narcissu bonus episode which unlocks after completing the game. Japanese voice acting is also included although only Rin and another female character are ever heard. Again, in a trait typical of the genre, the male character is completely unvoiced. It’s a shame considering neither character is really feels like the ultimate “protagonist” so they should have been treated similarly. 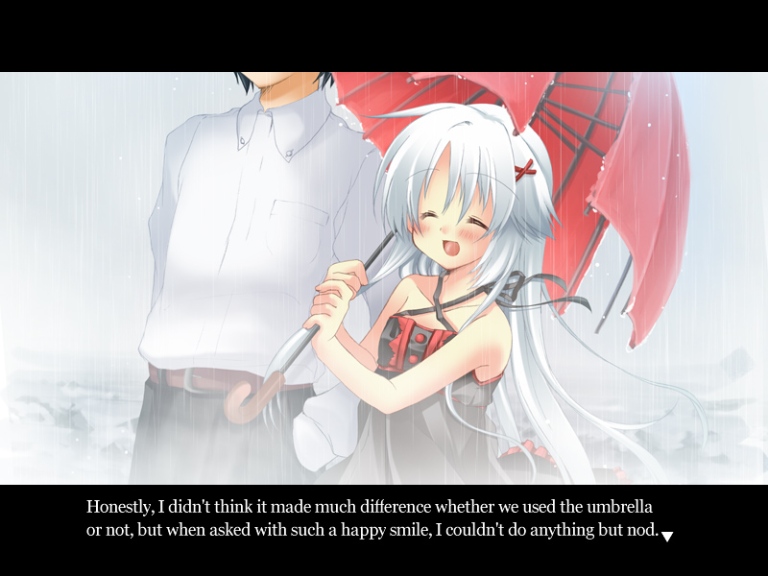 Ame no Marginal -Rain Marginal- tells an interesting story in a short period of time. There’s not really a reason to replay the title either, unless you find yourself so moved by what it has to offer. As such, the $12.99 asking price feels a bit steep if you view it on a cost per hour basis. Although the story is a good way to spend an evening, it’s not worth the asking price. In comparison to most other two-ish hour visual novels published by Sekai Project, it is a couple dollars more. With that said, fans of Tomo Kataoka’s work who want both Ame no Marginal -Rain Marginal- and the Narcissu bonus episode should feel free to dive right in.