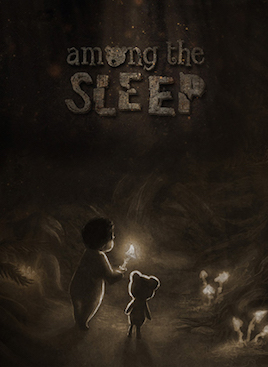 It’s not uncommon to find developers stepping away from the standard for player-characters in those tense, horror-themed — perhaps run-of-the-mill — titles we all love and hate. Yes, children — as opposed to fully-grown men and women — in horror (be it games or even film) are not lost to an ounce of intrigue as they are several ounces of cliche-ridden nonsense, but Krillbite Studio’s attempt to go one step further with that premise in Among the Sleep, is an assertive attention-grabber. Off the top of my head I can’t think of many games that allow you to play as a toddler (aside from a brief tutorial in Fallout 3), so the idea of such a young presence being put through the perils and strains of horror — more worryingly, the nightmarish and psychological kind — only conjures the worst, if perhaps creatively endowed, a child’s imagination can conjure.

Among the Sleep doesn’t mince words when setting up the basis for its intentionally vague but clearly uncomfortable premise and even if some animations are reminiscent of late 90’s Pixar efforts, minus a significant polish, there’s a defining establishing of boundaries before the inevitable disestablishing and the true horror commences. On the day of your birthday — with your mother garnishing you with the typically motherly love and affection — you receive a present from an unseen figure, your mother’s out-of-shot discontent and dissatisfaction a clear implication on a story we may or may not see elaborated on. Your birthday gift is none other than a stuffed teddy bear whom (ironically the least surreal element here) can talk to you.

Imagination or something else more profound; again, Krillbite keep it sealed tight and there’s already growing intrigue with the way the colorfully slick “too perfect” aesthetic that is your home weaves in your new best friend’s rather ambiguous showing of intent. Could the real villain of this piece be closer to home than one might think? Sadly/thankfully not as the night comes and you find your new best friend taken away by an unseen presence, the not-so-perfect, not-so-jolly — and perhaps not-so-predictable — premise beginning to unravel into a stir of troublesome nightmares and, as we soon find, an urge to find your mum. There’s no faulting the concept and on some occasions Among the Sleep’s World (or should that be nightmare?) building deserves some modest accolade for the way it continues to keep associations of what’s “happy” and “sad” to a bare minimum. 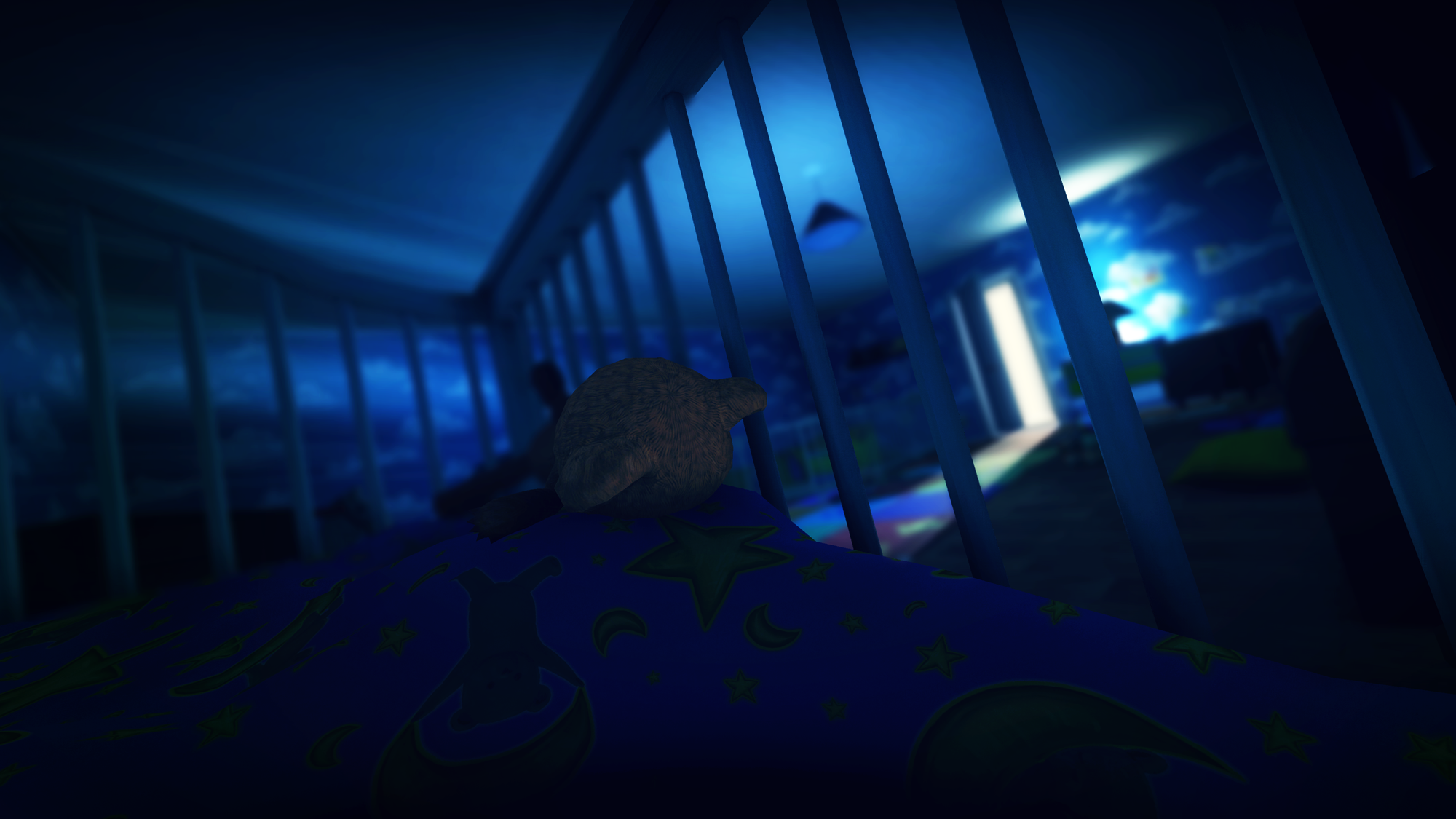 Sadly this is where a lot of the structure and intrigue thereafter takes place. Before long, Among the Sleep devolves into little more than an over-arching, over-stretched Resident Evil puzzle. You know the one: find three/four parts to a key, all of which are located at the ends of splintered-off parts of a region. At times I almost wanted to bear witness to that atypical “now here’s some monsters to get past” upon acquiring one of the many puzzle pieces and it’s quite bizarre my disapproval that, on most occasions, there was little of that uprising threat. Such is the way Among the Sleep retires the underlining theme of nightmares and a child’s frantic desire to find his/her mum, the game quickly devolves into little more than a 3D fetch-quest amid environments relatively flat and deprived of much personality.

The game tries to throw up an unforeseen terror in the form of a shadowy figure seemingly stalking you at every wake, but when you find joy in exploiting the creature’s inability to look under library shelves or move around particular trees in a densely-wooded area, it only plays down Krillbite’s attempt to induce a sense of fear ever more. For the most part, Among the Sleep has you treading through a series of environments that are part-nostalgic, part-subverted in a quest to unlock the central ‘hub’. But given your somewhat limited stature, the controls are at least a little more in-tune with the context of your position. Be it the slightly wobbly perspective you get when walking – to simulate a toddler’s less-than-firm grip with solid ground – or the fact crawling moves you quicker through the environment (an interesting spin on the convention), there’s at least some believability in the perspective you’re sat behind. 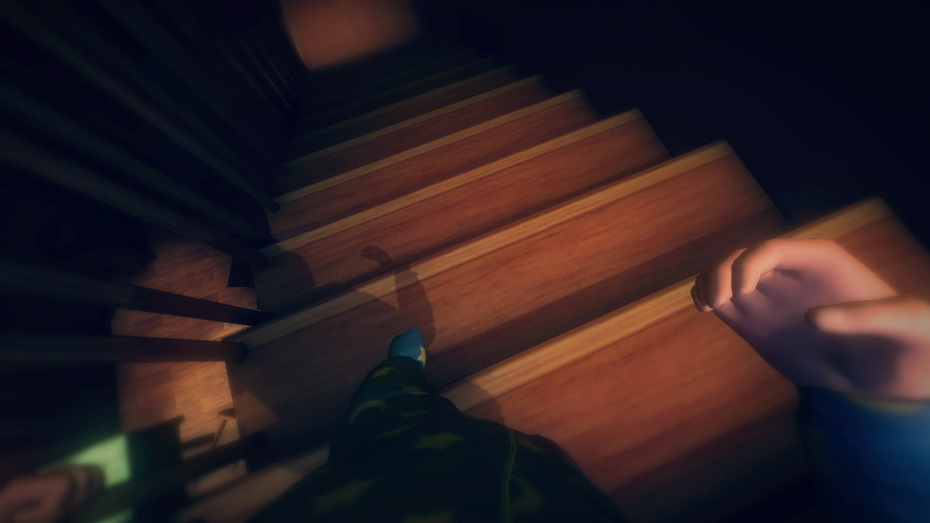 Puzzles often have you overcoming your verticality to reach door handles and while some instances where pulled-out drawers and cabinets do make good use of the environment, the immersion soon retracts when you find you can push and pull entire chairs around like they were made of polystyrene. Odd misgivings aside, Krillbite at least try to make your character’s age and position the epicentre of your limited abilities and you can’t deny your character’s petting your teddy bear or hug him in moments of need (which couples as the game’s way to bring some light to otherwise dark sections of the environment) are resolutely charming. But such notions on a child’s search for warmth and safety are rarely tapped into with any meaningful effect and the progression throughout falters as a result.

There are some more provoking moments near the game’s climax from both a gameplay as well as a narrative perspective. One example involves you navigating around a merry-load of empty glass bottles in an attempt to remain hidden and the careful lowering-down of items on the ground does at least expand the former staleness into some much-needed breadth. Thereafter, marking itself as the narrative’s perhaps pivotal moment, there’s the underlining revelation that attempts to tie up the story and while Krillbite do score some brownie points for, at least, attempting to tackle what are a less-than-comfortable assortment of topics concerning parenting, alcoholism and its impact on children, the rather shunted and rushed delivery only strengthens the belief it was one of the more last-minute focuses on the game’s development. 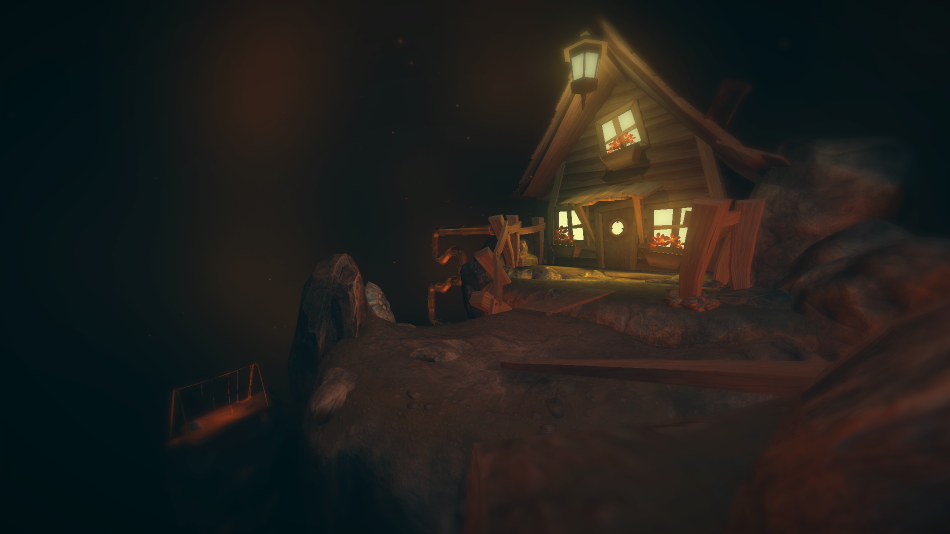 It’s a shame that a mechanic as promising as playing as a toddler — and all the repercussions surrounding it — is underplayed here, as tied in with a psychological leaning in horror, Among the Sleep could have offered a fresh take in what is a painstakingly underused concept in games. Sadly, with a game that risks playing out the same formula ad nauseam, there’s little in the way of a compelling narrative or set of gameplay circumstances that make Krillbite Studio’s efforts look anything other than introductory. Intriguing an introduction it might be, Among the Sleep relies too heavily on safety in numbers rather than fleshing out what is so clearly established well. Charming as it might seem, Krillbite’s attempt at horror turns out about as scary as a brightly-colored bed sheet.