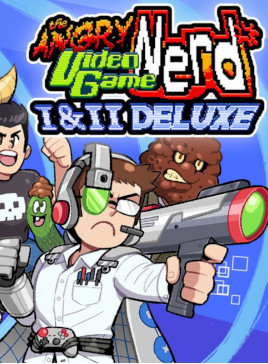 After spending years making profanity-laden videos lamenting about the tough-as-nails video games of the past, it’s only fitting that the Angry Video Game Nerd finds himself in an 8-bit action game. What’s even more fitting is that after being around for a few years his two games are now available on a Nintendo console as the bulk of his videos were centered on Nintendo Entertainment System titles. Angry Video Game Nerd I & II Deluxe brings both Angry Video Game Nerd centric games together in one complete package with a few new pictures to try to make taking you back to his past worthwhile.

Angry Video Game Nerd I & II Deluxe contains both Angry Video Game Nerd Adventures and Angry Video Game Nerd II: ASSimilation with a few new changes. There’s also a new game chapter for completing both games called Completing The Story, which is three levels and a boss fight, so not exactly a whole new game, but additional content is always nice. There are five different difficulty levels that range from “easy” to virtually impossible. Even on the lowest difficulty setting everyone except for those with godlike reflexes or have memorized the games will die a lot, but thankfully the respawn process has been sped up to account for this. Even on the easiest difficulty setting these games will encourage as much profanity as one would expect from the Nerd’s videos.

One of the more standout changes in Angry Video Game Nerd II: ASSimilation is that the Nostalgia Critic is no longer the main antagonist and has been replaced with someone else. Why this happened opened up the door for speculation. Has the feud between the Nerd and Critic become so real that he had to be banished from the game? Did something at the Nostalgia Critic’s website happen where he has become the latest victim or cancel culture? Other content creator cameos have been removed and replaced with other AVGN easter eggs, so it’s probably something more boring like licensing rights or contract expirations. These changes don’t affect the gameplay but this could be an unwanted change for those revisiting these titles after playing their earlier incarnations. 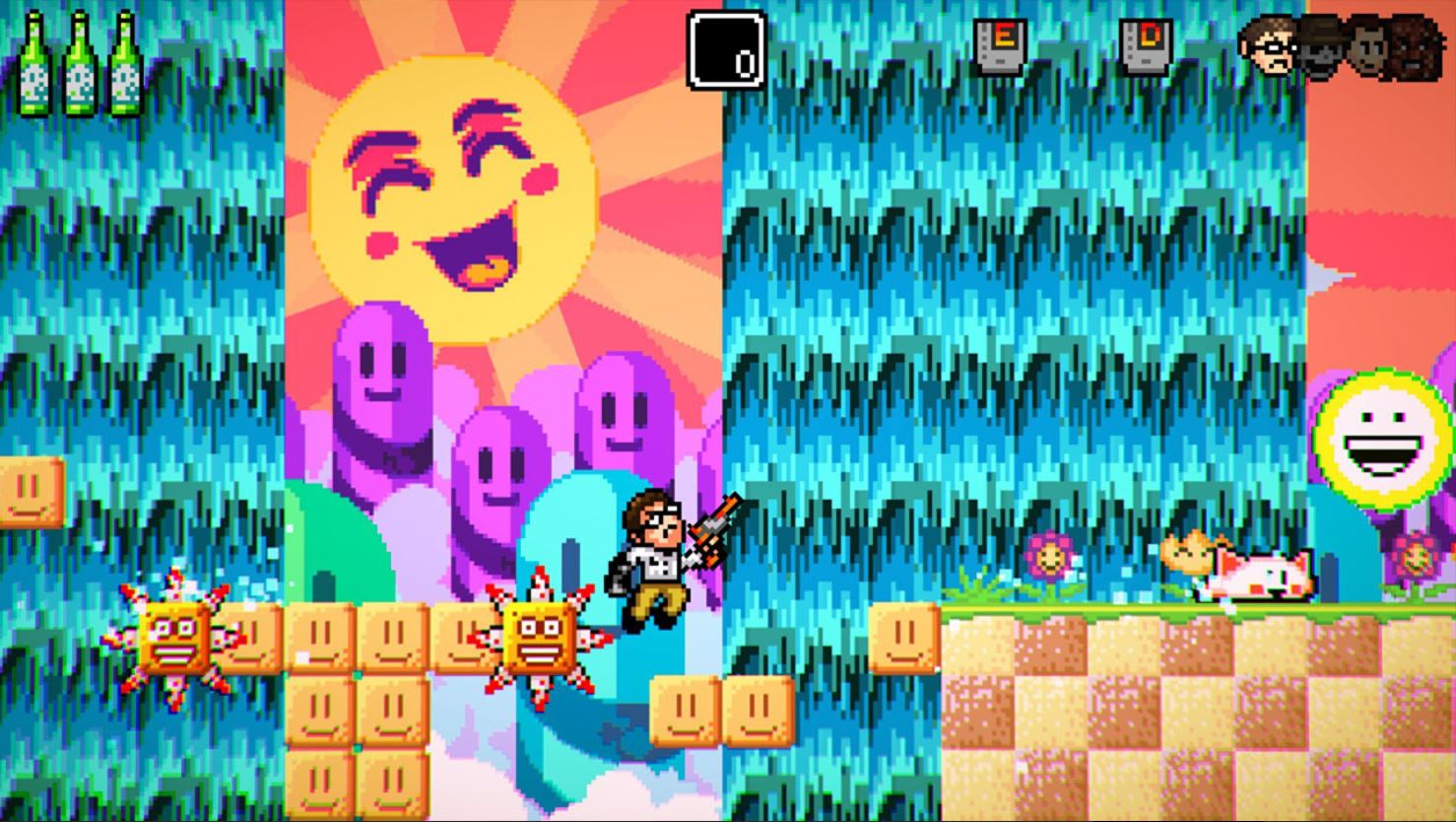 The general premise of both games of both games is the Angry Video Game Nerd is minding his own business playing games that he most likely hates because that seems to be all he ever does. This activity gets interrupted and after much collateral damage happens to his home, the Nerd is sucked into the terrible games he plays, or at least worlds that are based on such games. The gameplay draws heavy influence from classic 8-bit action platformers, and before Dark Souls was the lazy gamer’s adjective to say a game is punishingly difficult, the expression was NES hard, and that is what the difficulty is for both of these games. Even on the easier modes with unlimited lives and checkpoints multiple deaths will happen in almost every level. Some of them feel cheap, some of them are player’s fault and many of them are both. The Nerd is armed with his NES zapper as he runs and jumps through the levels, shooting enemies, jumping over impractical architectural designs, drinking beer because it restores health and makes everything better while complaining about what’s happening in very colorful language.

The games play virtually identical to each other, save for a few differences. Angry Video Game Nerd Adventures uses a Mega Man style stage select for each game world. Angry Video Game Nerd II: Assimilation has an overhead world map where the Nerd has to complete a series of themed levels before he faces off against a boss along with collecting different power up abilities. Both games feature the same run and gun action mixed with perilous platforming and fourth wall breaking humor about how much his current predicament sucks. There are numerous hazards like instant kill death blocks built into the architecture, blocks that fade out of existence, traps and flying enemies that make avoiding traps while platforming difficult. Yelling profanities while wanting to break your Switch into a million pieces is what one should expect while playing these games, but it wouldn’t be fitting of the Nerd if that wasn’t the result. 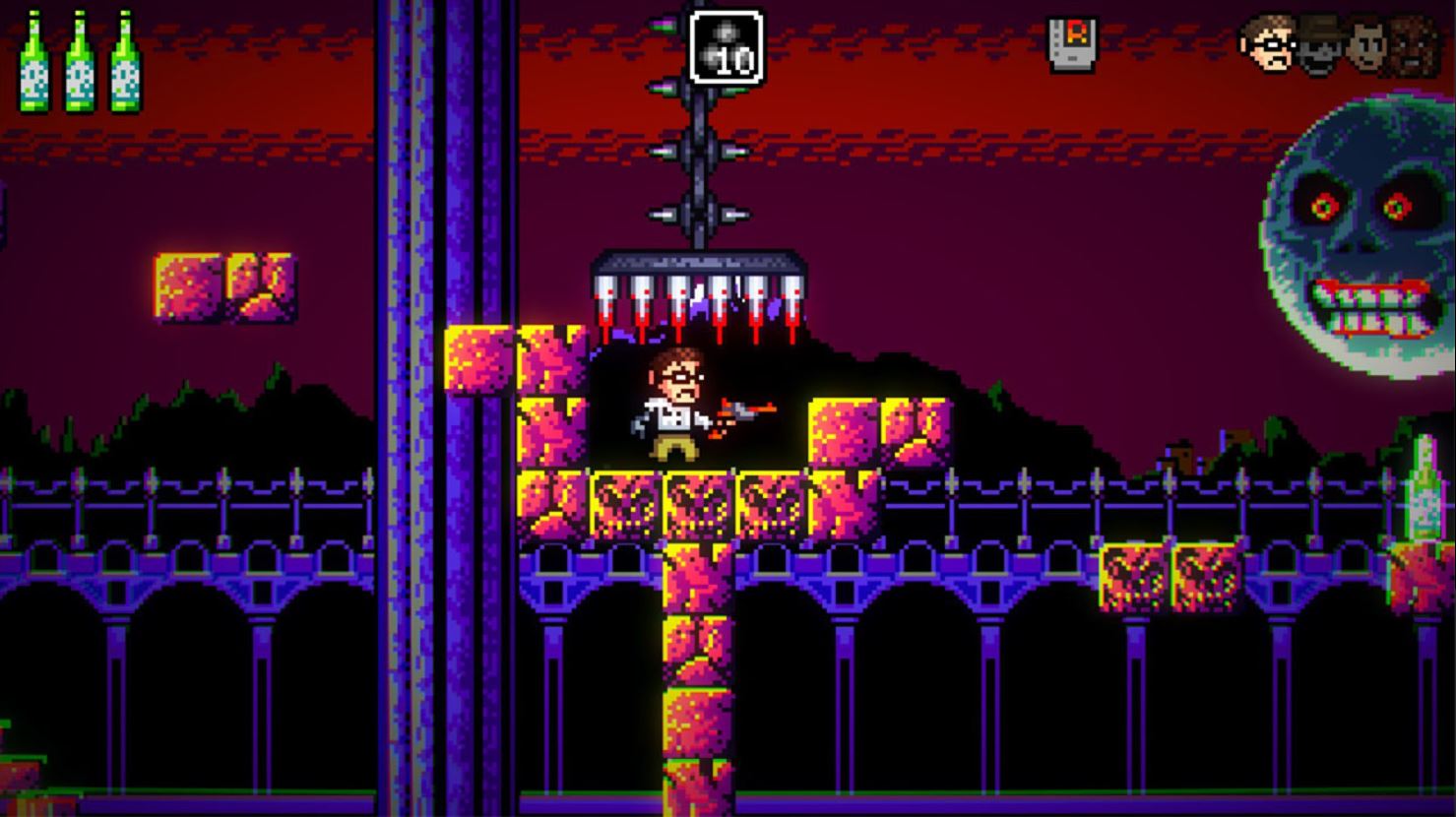 These games are well done but cater to a specific demographic. Fans of Angry Video Game Nerd YouTube videos are naturally the key demographic, and while some of the humor is general enough, those who are unfamiliar with James Rolfe will miss out on a lot of references, Easter eggs and inside jokes. The gameplay is nightmarishly hard and as tribute to the bulk of the Nerd’s reviled game, it’s in the style of extremely difficult NES games. If you crave this type of old school challenge and gameplay then this is right up your alley. If you are too young to see the appeal of tough-as-nails 8-bit games or played enough of these type of games back on the actual NES this might not be the collection for you. As someone who enjoyed the Nerd’s videos and NES games back in their respective heydays, this collection provides hours of fun, albeit in of a sometimes frustrating nature.

The 8-bit graphics fit the content well and the designs of levels and enemies are obvious nods to the Nerd’s videos and the games that were featured in them. Catching all the references adds extra enjoyment to fans of his videos. The controls are precise but do feel more like the games that inspired this than a modern game, which had contributed to some deaths that require exact timing to avoid pitfall deaths while dodging other death traps. The Nerd’s theme song translates well to the chiptune remix that would sound fitting on an NES cartridge. The difficulty is ridiculous on all settings, with one setting allowing one hit and one life. On easy and normal the infinite lives and somewhat forgiving checkpoints allow players to slog through the games and eventually reach the end, even though countless deaths will happen in the process. 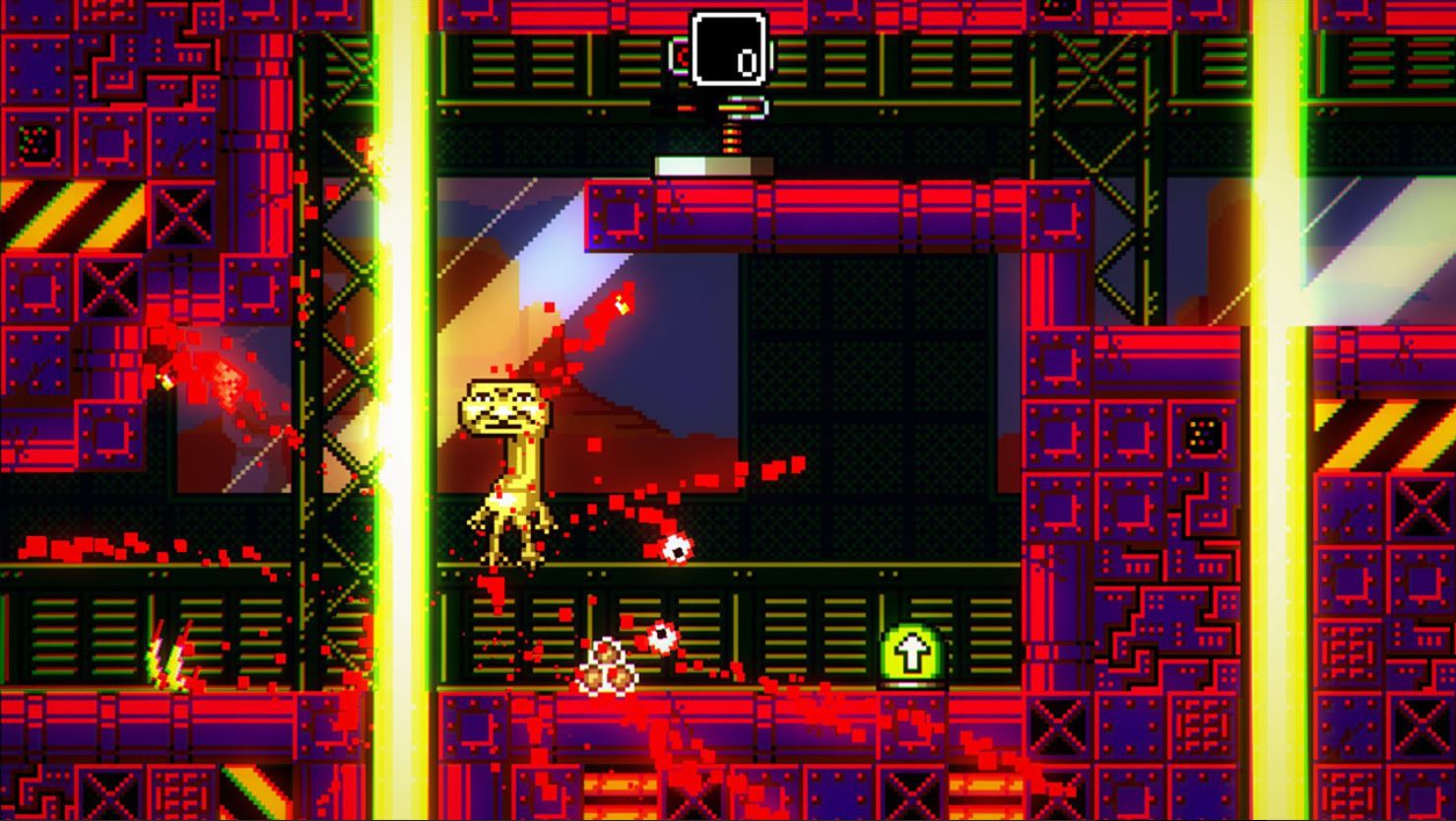 Angry Video Game Nerd I & II Deluxe is the perfect game collection for fans of the difficult 8-bit games and the Angry Video Game Nerd. That being said, while it’s a great game collection for people who fit that criteria, if you remove the character and humor it ends up being an average old-fashioned action game with a ridiculous difficulty level. Fans of the Nerd probably have this game already and are enjoying it but it seems like it would be a hard sell for anyone who isn’t into retro gaming and the Nerd. Still, from any objective standpoint this game is much better than having a buffalo take a diarrhea dump in your ear.