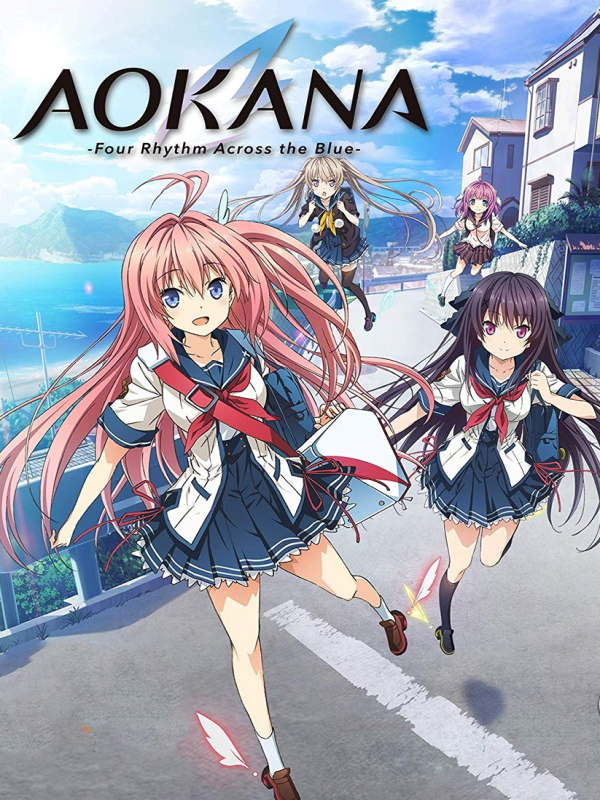 Aokana – Four Rhythms Across the Blue

English-speaking visual novel fans don’t usually have a lot of platforms to choose from when selecting what game to play next. Aside from PC, it has historically been handheld devices like the PSP and PS Vita which featured a great deal of visual novel goodness. With those handhelds long gone, the Switch has been picking up the slack. We’re now seeing more and more of the genre arriving on the platform. The latest release is Aokana – Four Rhythms Across the Blue. It was first released in English by NekoNyan Ltd. on Steam last year and now found its way to the Switch thanks to PQube. One of the greatest aspects of this release is that it’s not just another slice of life high school tale that you’ve already seen plenty of times before.

Sure, Aokana – Four Rhythms Across the Blue does follow the lives of high school students, but the big differentiator is this is much more of a sports-focused tale with romance built in. The game takes place in a near future Japan where a remarkable discovery enabled the ability for humans to defy gravity. This is possible by wearing “Grav Shoes.” Simply stepping into a pair enables the wearer to fly with ease. As people became comfortable with Grav Shoes, they created a sport that only works when played in the sky called Flying Circus. The fast-paced sport requires players to either race quickly from one position to another or tag the back of their opponent to score. Despite being a fictional sport, there’s a ton of attention put into explaining the rules and tactics. Fortunately, the sport is easy to understand and it’s tremendously fun to see matches unfold.

The protagonist, Masaya, is an everyday guy with a big secret. He used to be considered a Flying Circus prodigy. Everyone knew of this young child’s talent and cheered him on, but one day he suddenly stopped playing. Nobody knew why and even readers of this game will be curious about what happened. The thing is, he can’t keep the world of Flying Circus behind him any longer. This is due to Masaya meeting the new girl in town, Askua. After their fateful meeting, they end up in a duel against a skilled Flying Circus player. This then sets the stage for Asuka and others begging Masaya to join their Flying Circus club at school. Masaya relents to becoming a non-playing coach and thus begins an exciting journey for the club members throughout the course of the game. 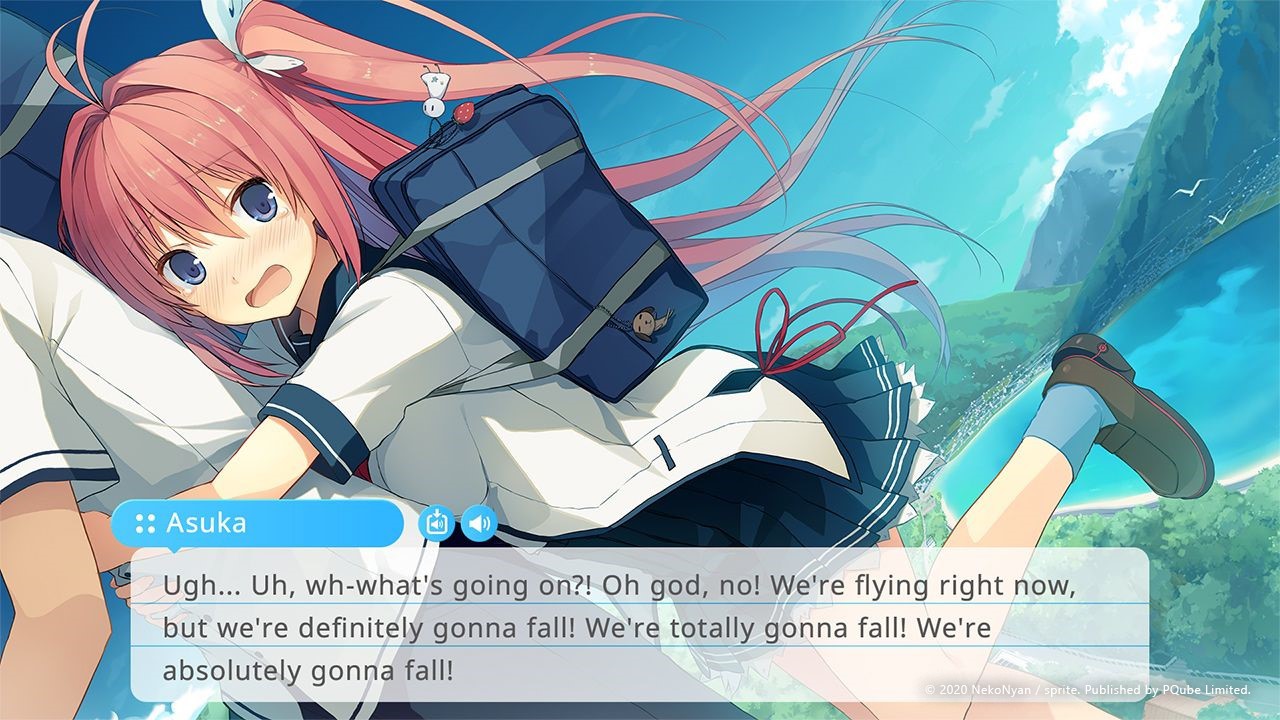 As with many visual novels, Aokana – Four Rhythms Across the Blue features multiple routes. This takes the form of four different routes, one for each of the Flying Circus players Masya interacts with. Any route can be played in any order, but it’s highly recommended to leave Misaki’s route for last. If not done this way, players may inadvertently end up spoiling some of another character’s route. Getting on a character’s route isn’t too challenging. The dialogue choices are always split into just two options and are clear as to what effect they’ll have. Overall, it will take anywhere from fifteen to fifty hours to beat or complete the game. This vast difference in hours is due to player reading speed.

Although this visual novel does not feature animated cutscenes or anything, it manages to convey a great sense of motion and excitement for the matches of Flying Circus. This is done by making the game feel a lot more like an anime series. The game is split up in a series of episodes. Each episode starts with an opening video and song and the end of each episode includes a preview of the next one. During matches, the artwork becomes much more dynamic and like a fight scene in an anime. This both provides context to the text of battles and makes them much more engaging. It’s a great decision that more action-focused visual novels should implement. 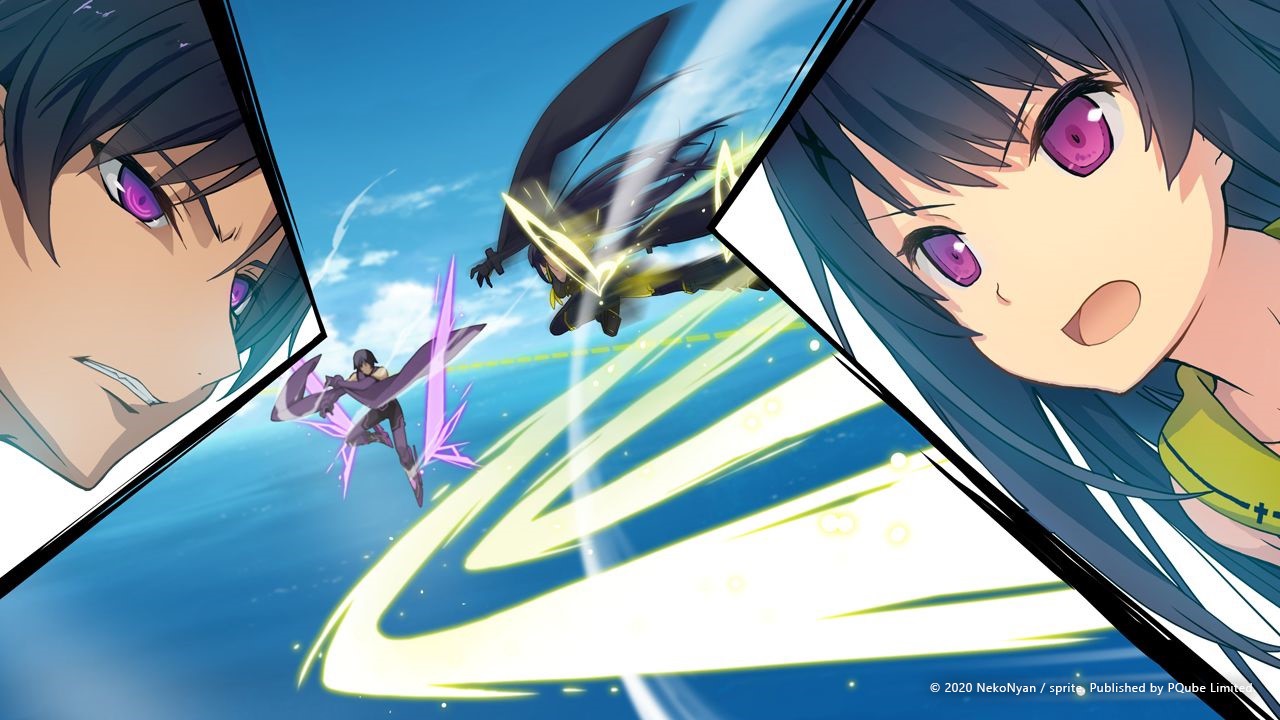 This wouldn’t be as effective if the art in Aokana – Four Rhythms Across the Blue was of a poor quality. Fortunately, it looks darn professional. That’s only to be expected from the developer, Sprite. The music also keeps up the mood. There are some awesome tracks that are sure to get stuck in your head long after putting the game down. The Flying Circus tracks in particular are perfect for hyping up the reader. The voice acting is also effectively done. Everyone aside from the protagonist is voiced (as is so common for male leads) and their voices match their personalities.

Some may not love that Aokana – Four Rhythms Across the Blue on Switch is the all-ages version. This is nothing new, as pretty much every visual novel released on consoles is an all-ages version. It’s not a big deal in this case because the game features so much storytelling and world building that there’s no real need for 18+ content. Those who must play the “complete” game can still do so via the PC version instead. Despite the highs the game reaches, it also does occasionally bog itself down with fan service segments that feel awkward when played on the all-ages Switch version. 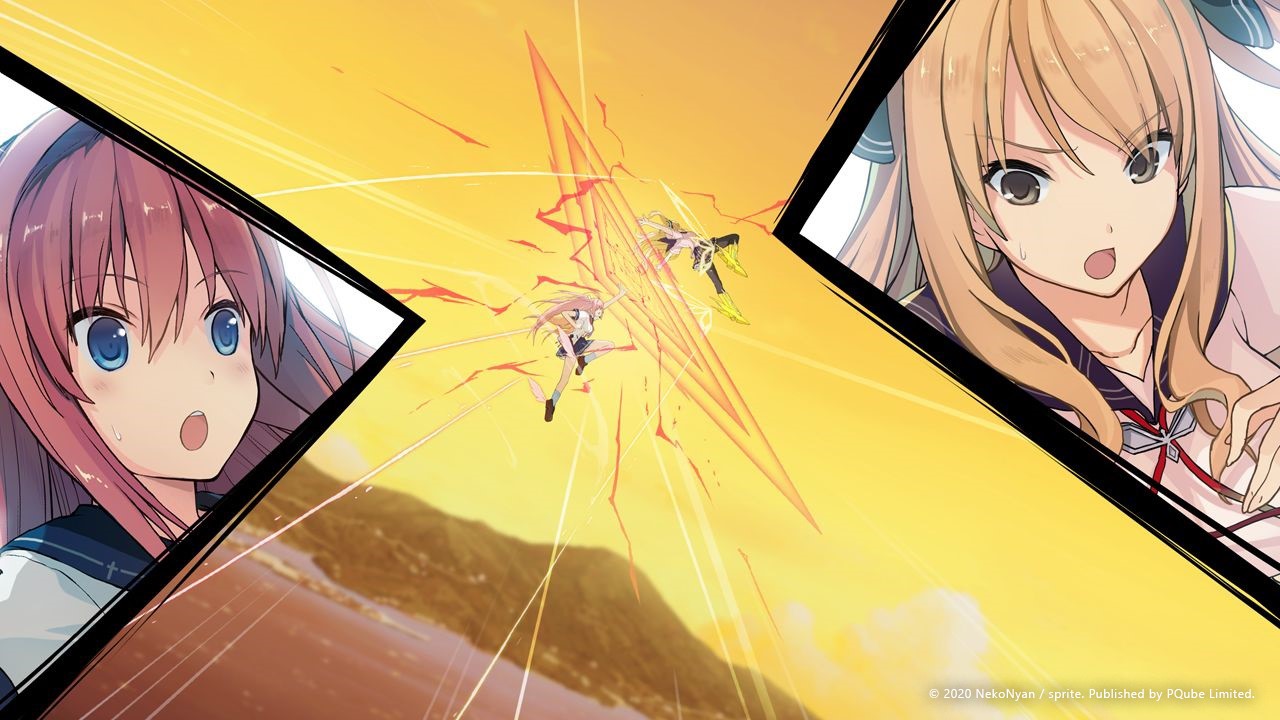 Aokana – Four Rhythms Across the Blue is the type of game you can recommend to someone who is interested in dipping their toe into the world of visual novels. It smashes through the stereotype that the genre is all about sexual content or sappy romance. Sure, there’s romance to be had, but it comes alongside an excellent storyline packed with Flying Circus fun. The way it takes aspects from anime also helps to make the game seem familiar. Existing visual novel lovers who passed on the game before should pick it up as well. While this might be a longer game, the hours fly by as you get drawn into the exciting world of Aokana – Four Rhythms Across the Blue.