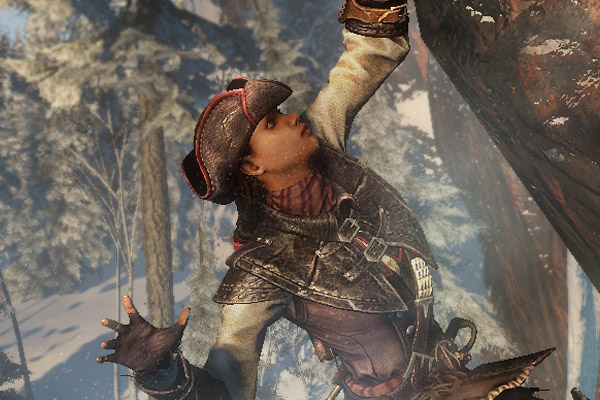 Assassin’s Creed: Liberation HD begins three years after the end of the French and Indian War.  You play as Aveline de Grandpre, a female assassin of mixed race. Players are thrust straight into her story after a quick flashback where she loses her mother.  Through the many years that pass, players will discover a conspiracy that will test Aveline’s faith in the brotherhood as she attempts to save slaves and take down the Templars.

Liberation HD has the unique disability that it’s a game designed for a portable machine, not a home console.  Its world, story, mission structure and gameplay were all created specifically for the PS Vita and therefore Ubisoft Sofia and Montreal had the task of making the game work well for the home consoles.  Sadly, not everything translates well onto Liberation HD’s new homes. 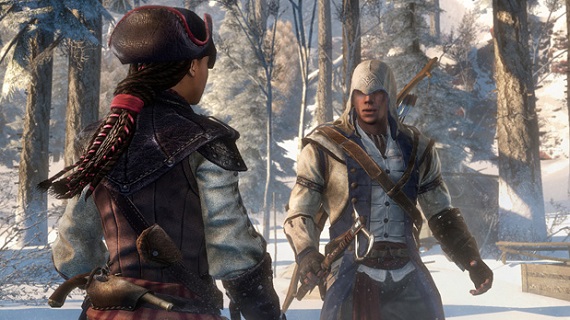 Those expecting a huge change in the game’s story will be disappointed.  Liberation HD‘s campaign is almost exactly like that of its PS Vita counterpart, problems and all.  Each of Aveline’s personas – assassin, slave and lady – have been given five new missions to add more depth to the story, but it isn’t enough to fix the pacing issues that plagued the original release.  It takes a good 2-3 sequences for the story to really pick up steam. The pacing is as fast as it is in any Assassin’s Creed game towards the end of the game, but like with Assassin’s Creed III, there is a lot standing in your way.

The modern day setting, a common complaint of the main series, is streamlined here.  All you have to know is that Liberation is presented as a product of ‘Abstergo Entertainment’ who are fooling with Aveline’s story to make her look sympathetic to the Templar cause.  A mysterious hacker puts “CitizenE” characters into the world map that, when assassinated, give the player new cutscenes. 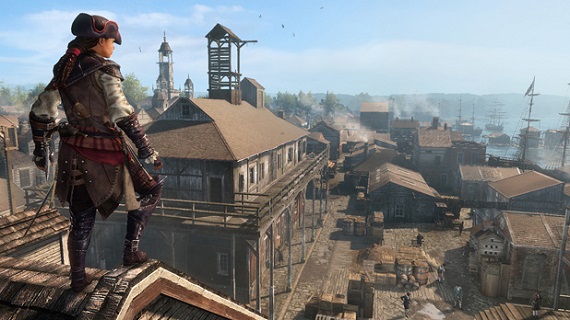 Due to hardware limitations the scale of the world had to be considerably shrunk down to work properly on PS Vita.  This sacrifice caused the world to feel very dead, but things have changed for the better.  Ubisoft has done a good job bringing the world to life on consoles.  There are a lot more people on the streets and, most importantly, a lot more variation.  It feels a lot more like a typical Assassin’s Creed setting.  Sadly, this feeling didn’t translate over to the Louisiana Bayou, which remains as bare and lifeless as before.  Its a cool concept for a location, but it remains just as boring and repetitive on consoles as it was on PS Vita.

In bringing the game to consoles Ubisoft Sofia played around with many of the mission designs to try and shake the feeling that the missions were designed for portable play.  This was something I routinely felt and appreciated.  Sometimes it was a new objective, new enemy patterns or something new to do in the mission.  Some confusing missions, like trying to find your master in the swamp, have been fully redesigned to make it easier.  None of it felt superfluous or padding, but rather a new challenge and more playtime. 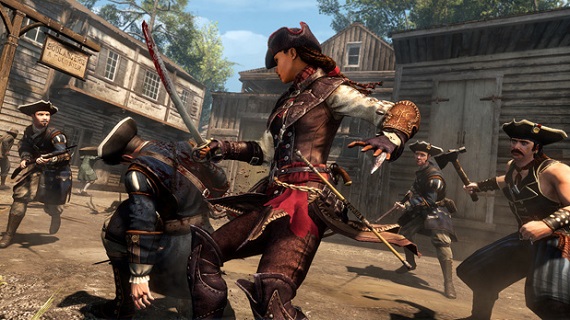 The final change that needed to be fixed in bringing the game to consoles is the gameplay.  Ubisoft Sofia made the game feel like an Assassin’s Creed title on the PS Vita, but the lack of certain buttons meant that actions had to be mapped to the touchscreen and touch pad.  Not a bad idea, but the fact that so many actions, like pick-pocketing and paddling, were unnecessarily made more difficult by the touchscreen did not add the enjoy-ability of the experience.  The addition of more buttons thanks to controllers means the game is even more like an Assassin’s Creed title.  While motion controls are gone, the annoying mini-games, like guiding a ball through a maze, are still there.

Liberation resembles the original Assassin’s Creed and Assassin’s Creed II in terms of content.  It is more focused on assassinating and taking down enemies then overloading the player with a dizzying amount of side things to do.  This is great for those who just want the core Assassin experience, but this also means that the game is much shorter than more recent games.  Its easy to blow through the main story in 8-10 hours.  You can participate in a few things like trading, collecting diary pages or discovering Mayan statuettes, but there really isn’t anything that will keep you coming back for more. 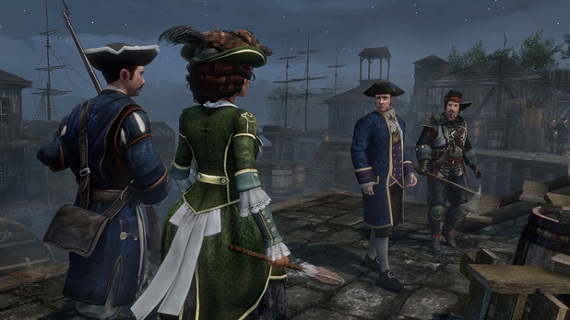 Visually, the game looks good in places and not so great in others.  Models and textures for the main cast are beautifully detailed, something that is clearly seen in the updated cinematics.  The world of New Orleans and Chicken Itza are also beautiful and full of life.  However, some environments are just downright ugly.  The Louisiana Bayou is particular is drab and ugly with repeating and blurry textures.  Some interior locations also contain muddy textures that scream low-quality.

Some scenes look like they were ripped straight from the PS Vita version.  Scripted events in-game, such as a group of people harassing some Spanish soldiers, are so poorly animated and so lifeless that they had to pulled straight from the handheld to explain their low quality.

The audio is pretty much the only thing that has transitioned from the PS Vita unscathed.  All of the voice-work has been ported over in stunning clarity.  Aveline’s actress delivers the best performance of the cast.  Winifred Phillip’s score remains a highlight thanks to its subtlety while running around casually and its upbeat nature during intense battles. 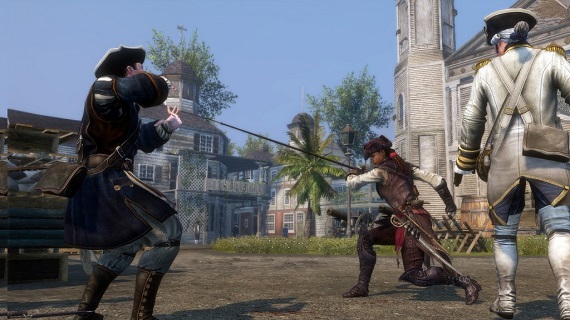 Assassin’s Creed: Liberation HD never escapes from the fact that it was once a portable game. The improved visuals, controller support and improved mission structure are nice to have, but they all have their drawbacks.  Liberation HD can be fun, but it can’t reach the heights of Assassin’s Creed III: Liberation on the PS Vita.  The fact that this was designed as a portable game ultimately is this version’s weakness and why the handheld version remains superior.