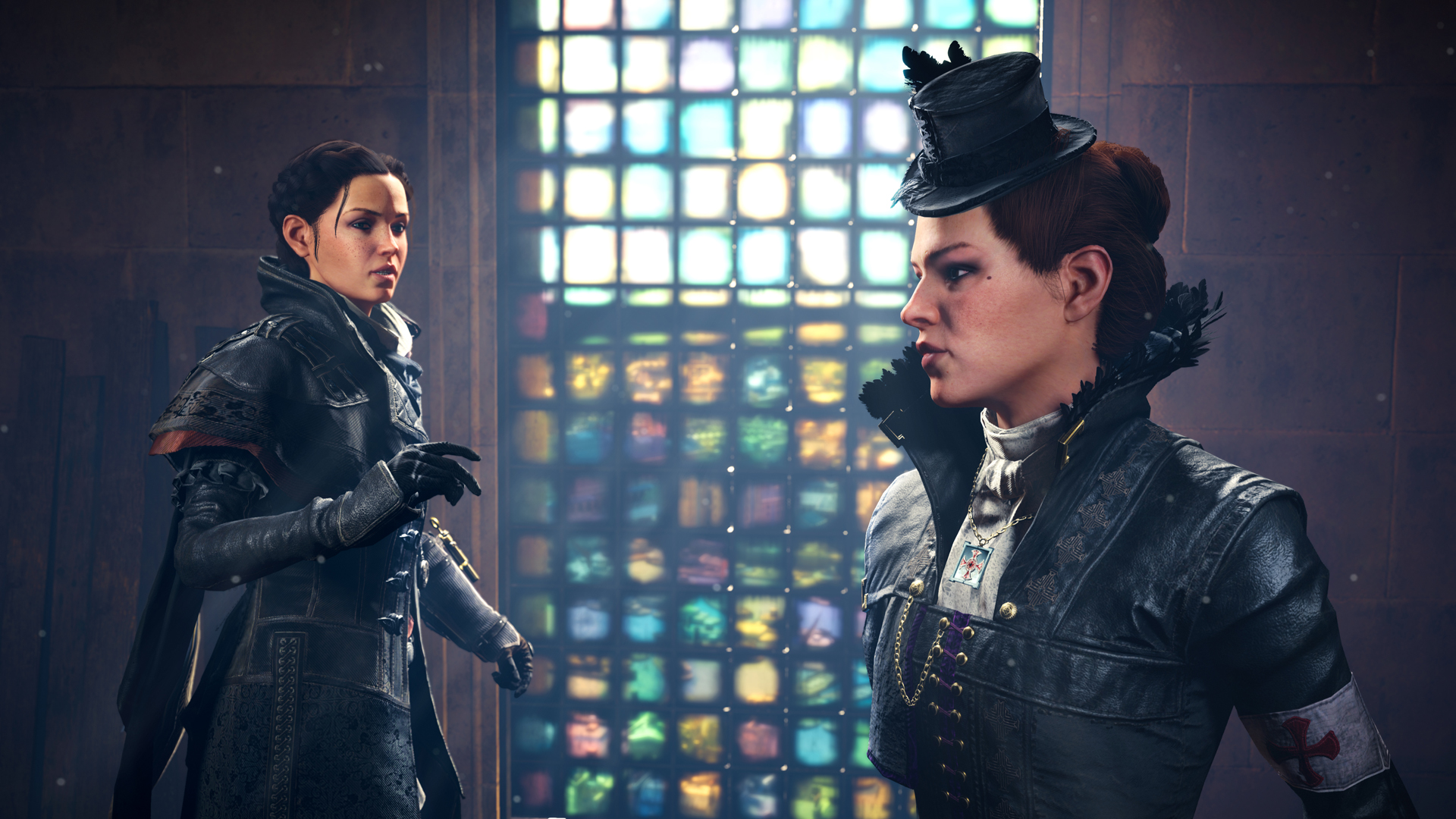 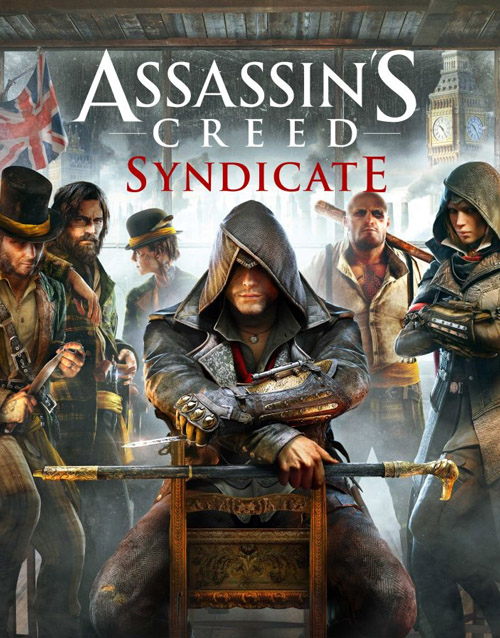 There’s a reason why Assassin’s Creed Syndicate hasn’t received any fanfare, despite being the next entry in one of gaming’s biggest franchises. Let’s go over some of the first thoughts that pop into a gamer’s mind when the words Assassin’s Creed are uttered in 2015. Fatigue. Could use a couple of years off. Profit-hungry. We’ve grown into people who think more about the lack of respect that this franchise has received than what it offers from an entertainment perspective, and for good reason. Sure, there are massive fans of this franchise floating around out there, but that doesn’t excuse the fact that Assassin’s Creed has become the most iconic example of the perils of annual release plans. Gone are the days where we gush over its spectacle, its mysticism and its fun-factor; try counting the amount of sighs that you hear from the gaming media whenever another Assassin’s Creed is announced. This might seem like the start of an exaggeration, but now that Assassin’s Creed Syndicate has established itself as a firm talking point in the conversation surrounding the issues with this series, it’s getting more and more impossible not to notice some of the inherent flaws with Ubisoft’s flagship IP.

After the awkward faux pas that was Ubisoft’s statement on the lack of playable female characters in the disappointing Assassin’s Creed Unity, it was great to see the massive publisher take a big step forward with the inclusion of Evie Frye in Assassin’s Creed Syndicate. Merely one year after basically saying that it’s not worth creating a female protagonist due the need for  increased development resources, Syndicate gives us one of the better Assassin’s Creed characters in recent memory. The thing is, there is such a staunch dichotomy in the level of character quality between her and her twin brother Jacob that it brings up a major question that will likely never be answered. Some might be afraid to ask this question, but it needs to be brought up in some capacity: did Ubisoft create a dynamic female lead character in Evie only to backtrack and give her a playable twin out of fear of public backlash? At the end of the day, the answer to this question doesn’t necessarily matter anywhere outside of comments sections and message boards, but the fact of the matter is that Jacob feels like little more than an Industrial Revolution era dude-bro, while Evie is a smart, dynamic character who adds to what is largely a story without a true hook. Assassin’s Creed Syndicate‘s twin mechanic comes across as a half step towards a bold narrative choice, a flaw highlighted by its bland main story. 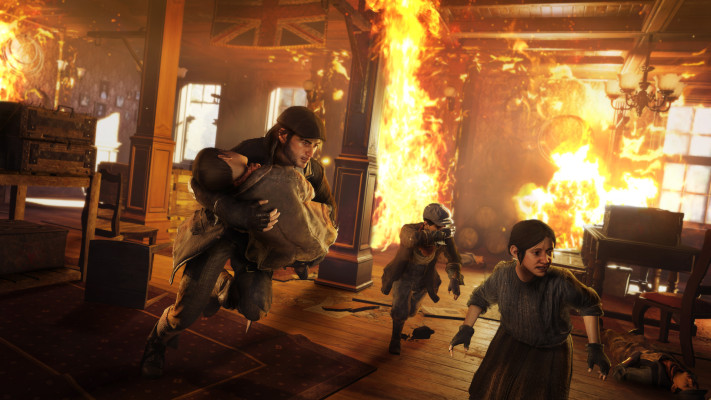 Whereas Unity manages to flesh out exactly what motivated its protagonist, the vast majority of Syndicate‘s story operates under the assumption that Jacob and Evie Frye have rock-solid reasoning for their actions. The male Frye twin is driven by the idea of a liberated, Templar-free London, while Evie sees the acquisition of a Piece of Eden as the key to society’s well-being. The previous sentence would be impossible to write without that understanding, and Syndicate certainly manages to spell that out subtly, but a blatant lack of backstory makes for a campaign experience that wants you to beat it simply for completion’s sake. We get glimpses of how horrible the main villain, Crawford Starrick, is, and we definitely can tell that Jacob and Evie want to take him down, but this tale simply isn’t fleshed out enough to be much more than standard video game fare. As a result, Assassin’s Creed Syndicate gives off the impression that it’s catering to an audience that wants another Assassin’s Creed game rather than an audience that wants a stand out gaming experience.

While certain new additions like battles on top of moving trains and the opportunity to drive horse-drawn carriages serve to break up some of the monotony, the fact of the matter is that Assassin’s Creed Syndicate has the same mission design issues that gamers have been complaining about for years now. While you won’t necessarily be listening to enemies outside of a given area while crouching during every third mission, there are a fair amount of escort missions and basic fetch quests present to overshadow the handful of outstanding missions. Unity‘s largest strength was its inclusion of sandbox assassinations, and those return in full form in Syndicate in a big way. If you play through the main story in chunks, you’ll probably wind up playing through one of these assassinations during every sitting, so the campaign certainly has its highlights. Being able to find entry points and complete one or two small tasks in order to make killing your target easier does increase a level of dynamism to these missions that the franchise itself largely lacks. The thing is, these missions do not make up the entirety of the main campaign, which means that there’s definitely a whole lot of good old fashioned filler. Whether you’re driving a carriage, slinking across rooftops or just walking down the street, you’re going to have to follow a ton of characters very slowly, so be prepared. 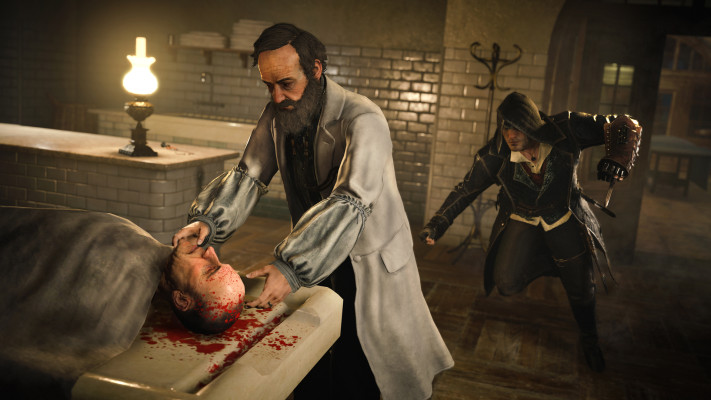 Other than Evie being a compelling character, the clear star of the show in Assassin’s Creed Syndicate is its locale. While Assassin’s Creed IV: Black Flag may always stand out as the title with the most iconic location in franchise history, the darker 1868 London sports an intriguing dichotomy between modernization and old-time sensibility. Sure, the open-world itself might not feel like the most dynamic place in the world, as a great deal of the non-player characters are simply environment-filler, but there’s something that simply feels cool about this location in this time period. The more modern time period by franchise standards also gives rise to perhaps the best addition to Assassin’s Creed‘s core gameplay, period: the grappling hook. To be fair, this is totally The Legend of Zelda‘s Hookshot put in a more realistic package, but the idea that you can scale any building in mere seconds, as well as cross gaps between buildings through the use of a horizontal zip-line makes for a less obnoxious parkour experience. There are bound to be more Assassin’s Creed games in the future, and not including a gadget like this in those future iterations would be criminal. After all, this is a device that allows you to bypass what are easily the loosest control mechanics out of any Assassin’s Creed game this generation.

Assassin’s Creed has always been known to have some level of control unresponsiveness. There are endless videos and memes floating around the Internet that poke fun at the fact that, at any given time, you can rocket up onto a ledge or get stuck on geometry in some irrational way. Assassin’s Creed Syndicate often feels like it takes this clunk-factor to the next level, as nearly every move your character makes feels like its subject to a noticeable input lag. From the way that Jacob and Evie, who largely play similarly despite what the tutorials tell you, seem to instantly move at full speed with no ramp up to the fact that you often can’t move in the direction you want to due to what seem to be inconsistent invisible barriers all over the place, this is a title that will not be kind to those who enjoy tight controls. It would be quite the accomplishment to be able to play through the entirety of Assassin’s Creed Syndicate without your character or the environment finding a bizarre way to impede your progress or cause you to fail, which speaks to the overall level of polish present here. Never has it been more evident that Ubisoft needs to start from scratch in updating Assassin’s Creed‘s controls, as they are directly at odds with player enjoyment here. 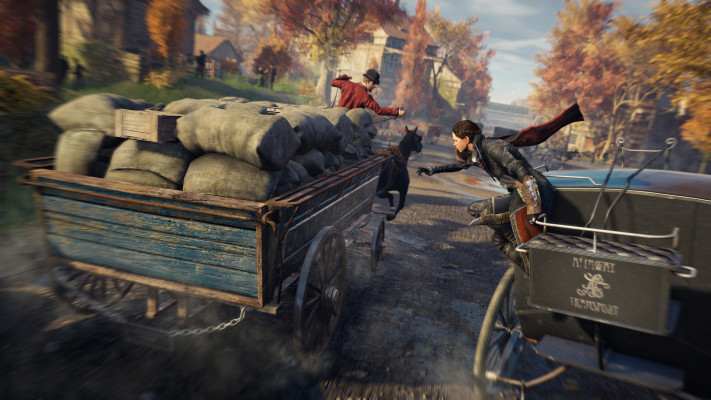 With a much lower NPC density than Unity, Assassin’s Creed Syndicate does not suffer from nearly the same amount of frame rate drops (minus those that frequently arise when driving) and pop-in as its predecessor. Unfortunately, Syndicate‘s smoothness does not make up for what often feels like a glaring lack of polish. During one mission in particular, I was tasked with defending an ally riding in a horse-drawn carriage from two enemies in horse-drawn carriages while driving my very own horse-drawn carriage. One would think that defending an ally would mean guiding them to safety, so the fact that only one of the enemies was actually killed shouldn’t necessarily matter if our dips and dodges wound up losing the other enemy in the crowded streets of London. It turns out, by letting that enemy stay behind made him completely freeze 450 meters away from Evie and her ally, and the next portion of mission would not trigger until this glitched-out enemy was thwarted. After travelling to this frozen foe and murdering him, the mission immediately failed itself due to the distance between Evie and her ally. Combine this with an unrivaled number of awkward climbing animation hitches, the fact that certain zip-line routes might cause your character to freeze in mid-air and the early reports of straight up invisible carriages, and it’s clear that Syndicate can be painfully frustrating in its own right.

Yes, the story is a bit lackluster, the controls make The Witcher 3: Wild Hunt look like Bayonetta, and it suffers from some jarring polish issues. Still, if you’re looking for a massive open world game to dig into, and you’re not into Fallout or Metal Gear, then there is certainly a lot of content to enjoy. Thanks to a number of microtransactions that are conveniently located right next to, and inside of, your crafting menu, you’re going to do a fair amount of grinding if you hope to upgrade all of your equipment to Master Assassin levels. Combine this with a separate progression system for Jacob and Evie and the addition of a Far Cry-style enemy faction system, and it’s clear that Assassin’s Creed Syndicate is not starved for content. There are a great deal of side missions present everywhere you turn, and even though a great deal of these feel repetitive almost immediately, the fact is that this is one game where you won’t complain about not getting enough things to do. Whether or not those activities are actually fun is another question entirely, but at the very least, you’re going to have your schedule booked for a while if you hope to 100% this one. 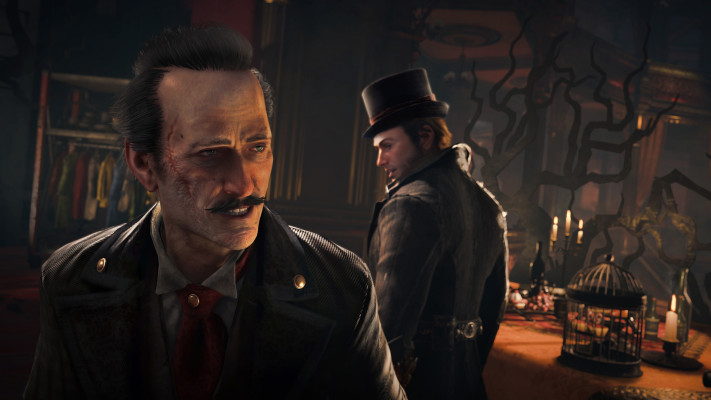 Assassin’s Creed Syndicate is emblematic of everything that this franchise has become. After being one of the most revolutionary new IPs of last generation, Assassin’s Creed has gone from producing consistent hits to being a series that has started to spit out average experiences. There are far too many exciting games coming out this fall to make this a priority unless you are a massive fan of Assassin’s Creed, as even those who have never played a game in this series before would be better suited picking up Black Flag on the cheap. With every release, the same issues that Ubisoft has been rolling over year over year seem to have compounded themselves to a point where the entire package winds up suffering. Sure, this isn’t the broken mess that Assassin’s Creed Unity was, but in some ways it’s more of a blemish than its predecessor. After all, this is a functional game that simply isn’t all that fun to play, which is far more damning than any technical glitch could ever be.