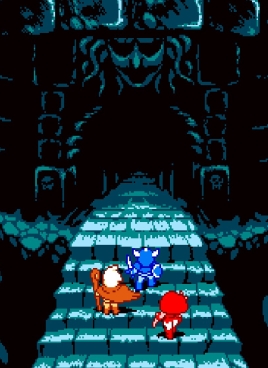 Astalon: Tears of the Earth

Astalon: Tears of the Earth may appear on the surface to be just another game using an NES-esque pixel art style to cash in on the past — but there’s far more to it than meets the eye thanks to its team-based mechanic that takes action-platforming and injects puzzle-solving into it. A group composed of a warrior, archer and wizard aim to save the world, but unbeknownst to the rest of the group, the wizard leader Algus made a deal with the devil for all intents and purposes to give up his life in exchange for them being able to be resurrected as many times as needed to climb the tower of serpents and save their village.

It’s a neat twist on a genre convention of everyone just getting as many changes as needed and puts a real sense of importance on what happens. Arias is the blue-clad fighter who excels at short-range combat, while Kyuli is the archer who excels at long-range attacks while Algus is a bit less of a long-range attacker, but does a lot of damage and can trigger puzzles with his fireball. It’s an interesting mix of character types and evokes a bit of Castlevania III or Bloodstained: Curse of the Moon, only without the ability the switch at any time. In Astalon, character switching is done at checkpoints via a fireside area — providing essentially a Metroidvania save point system alongside an area to change your character. Upgrades are done after death with money gathered during each run and are generous.

Farming an area full of tougher enemies may seem like a surefire way to die, but it’s also a great way to build up cash to spend on HP upgrades early on. This helps ensure that while you may be outgunned due to the trial and error nature of each character against certain kinds of enemies, at least it’s possible to outlast them in a war of attrition if need be. Astalon is a more defensive experience than most Metroidvanias, however, because enemies do a fair amount of damage and you don’t have the benefit of health pickups — so buffing your HP alongside strength boosts is a key to success and can be as important as mastering the characters themselves. 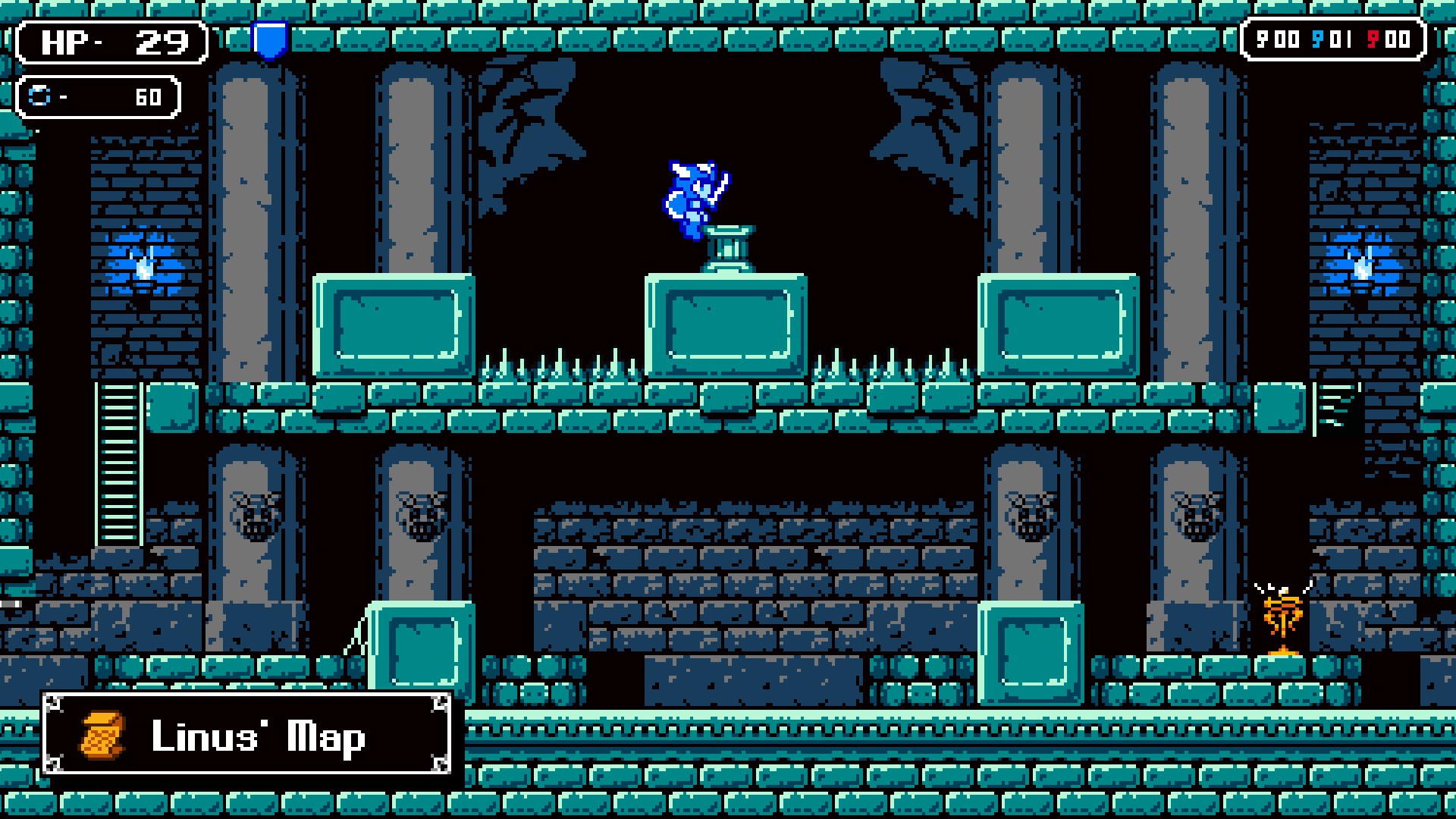 Arias is very much like playing with Zero in a Mega Man game in that his attacks have minimal range, but do a lot of damage. He has areas that only he can access with blue husks that have to be stricken down with his sword and quickly deals a lot of damage when cheesing the environment to attack foes from below when they can’t attack you. The leader Algus uses longer-range fireballs and is similar to Kyuli in that regard. While his shots are more powerful and can go through walls, they don’t have the distance her arrows do. For longer-range combat, both are great to play with, but Kyuli’s ability to wall jump makes her the most agile of the group and allows her to be the most well-rounded. She can take out foes from afar, leap away from more kinds of danger, and it’s easier to find loot with her as a result.

There’s more of a rogue-lite feel to Astalon thanks to its steeper difficulty and respawning the player far back — again, making this more of a defensive game. Unlike the Igavanias or Bloodstained: Ritual of the Night, you can’t count on just having a new save room or teleportation room a few doors down. There’s a lot more risk here and a lot more to lose — especially with the lack of health drops. There’s also a learning curve for the characters, which is thankfully brief as everyone feels largely the same, just with different attack types and minor differences to their jumping skills. This means that if you like a challenge, you’re in for a treat as Astalon is tougher than a lot of Metroidvanias out there, but it’s a fair challenge.

Character movement is fantastic and death is very much on the player for not being careful. It’s important to plan things and assess the room. Approaching it like an old screen-to-screen game a la the original Metroid is smart since you don’t know what’s going to be at the next screen. Going in ready for war and taking a bunch of damage on spikes may lead to you being taken out by a little annoying bat that takes off 1 HP with every hit. Fortunately, the grind for money enables the player to build up their stats and not only take more damage, but deal more per-shot and that will keep you alive longer and enable an easier time with boss battles as well as enemy-filled areas that may wind up landing a shot or two. 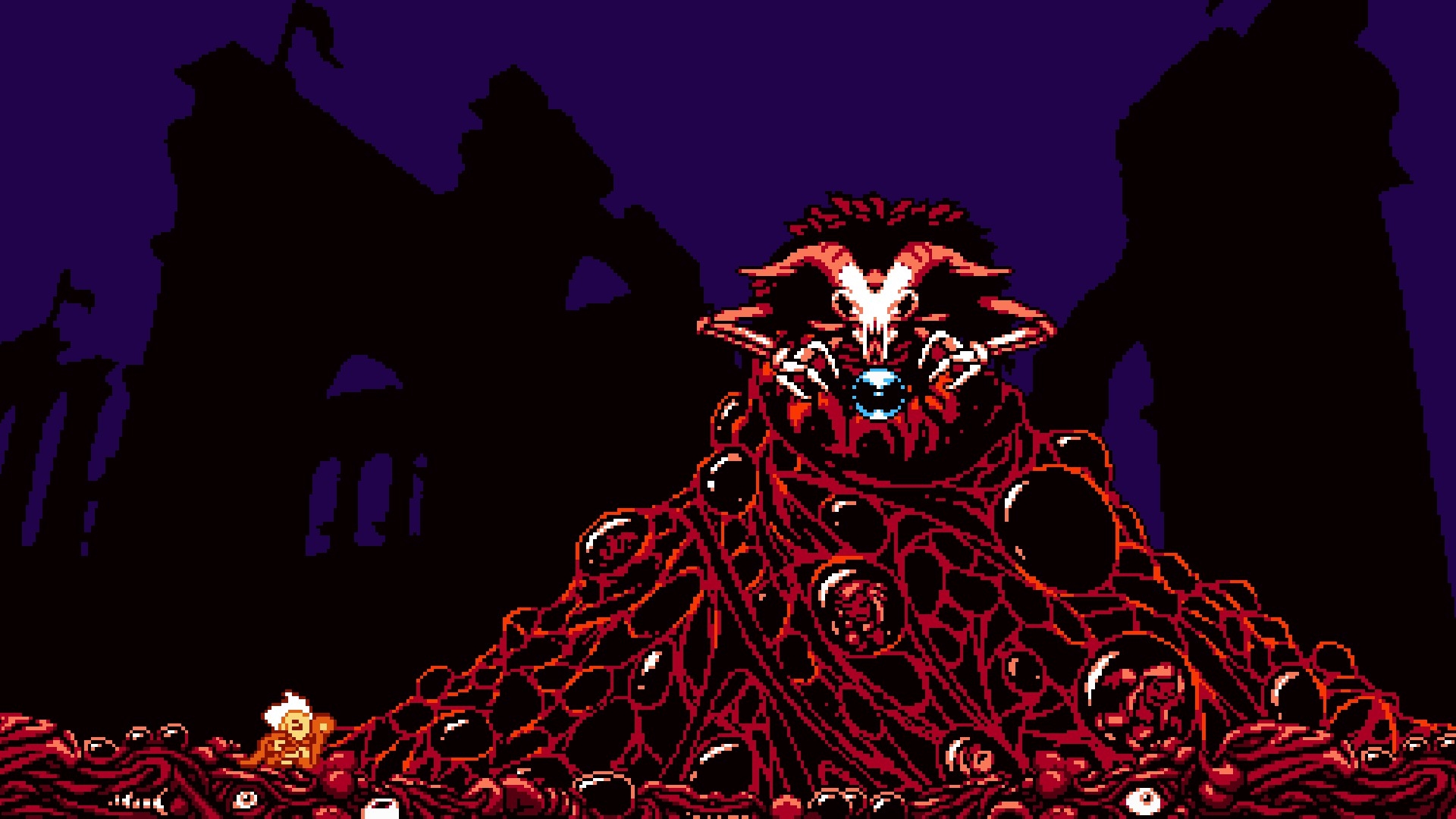 Visually, Astalon uses a strong NES style with a palette that’s true to form for that console. The use of heavy, bold colors for the cast is fantastic too and nicely evokes the retro-styled Bloodstained games. Animation is about as smooth as it should be — it looks good for jumping and sword-slashes, but isn’t so robust that it gets tough to time things out visually. Environments look fantastic and despite the Metroidvania design with an NES-style, look distinct and there aren’t nearly as many issues when it comes to areas looking samey here as in other games. Astalon does the best job of keeping this part of the game fresh since Axiom Verge, which was itself a master class in doing that.

The soundtrack is one of the finest out there for a retro-inspired jaunt. The chiptunes are some of the most moody you’ll hear and evoke a bit of fear when needed, while also offering up fun bangers when the time calls for it. There aren’t many moments of levity in this adventure, but when there are and you do things like discover a hidden room full of money, you’ll have an extra sense of satisfaction thanks to the soundtrack. There’s also a lot of attention paid to the overall sound design with things like the OST going down a bit in volume at the save area since it’s drowned out by the bonfire the team has lit. It’s a small touch that in theory means little, but shows much care went into everything. Weapon effects are strong too, with the sword slash sounding vile, while the magic blast is almost Mega Man-esque in its usage and effects, while the arrow offers up a satisfying slice through the air into foes. 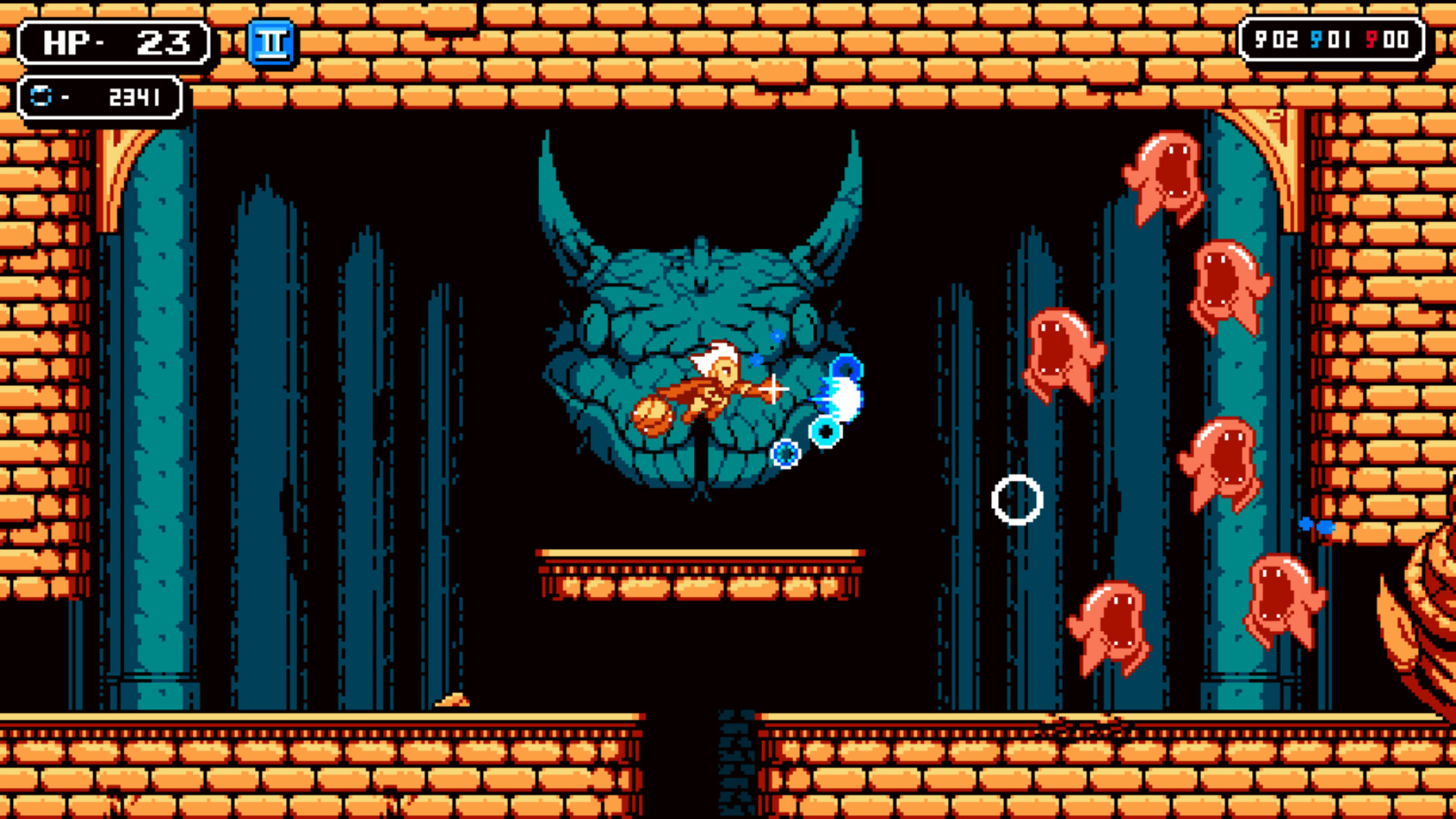 Astalon: Tears of the Earth is a tough, but fair NES-inspired Metroidvania that tests your mettle and makes it worthwhile. Each of the three playable characters is fun to use and the gradual difficulty curve makes it easy to learn from trial and error and succeed  more with each new run. It controls wonderfully, looks great, and has impressive sound design too. Beyond just a killer chiptune soundtrack, there are subtle touches to the sound design that help put this above a lot of NES-inspired games on the market over the past decade. Astalon: Tears of the Earth is a must-play for anyone with a love for 8-bit gaming or Metroidvanias.