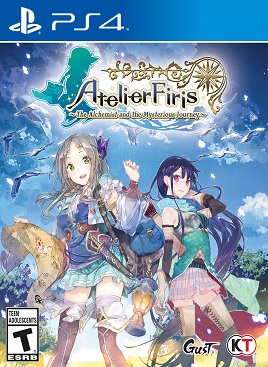 Atelier Firis: The Alchemist and the Mysterious Journey

Gust’s Atelier series has been going on for quite some time. Spanning different sub-series across a ridiculous amount of entries, it has a dedicated fan base that knows what the series will offer before plugging in the disc. That’s okay, honestly. There is something to be said about gaming comfort food, and Gust is happy to oblige, tweaking the formula from installment to installment; a series that guarantees cel-shaded graphics, lighthearted characters, reliably fun crafting system and an unpretentious battle system. All of these descriptors can be applied to Atelier Firis: The Alchemist and the Mysterious Journey. That isn’t to say that Gust didn’t make a few adjustments, for better or worse.

Firis is a young girl in Ertona, a cave bound village that specializes in mining. Our heroine has a unique talent in the ability to find precious ore without digging. This ability encourages the townsfolk, especially her parents, to want to keep a leash on her, preventing her from journeying outside the cave to experience the world at large, like her big sister, Liane. She soon learns, via a cameo appearance of (spoiler) that she has an even more useful ability, that of alchemy. After proving that this might even be more useful to the village and the world, the elders allow her to leave and attempt to pass the Alchemist Exam. There is a catch: if she doesn’t accomplish this in a year, she has to return home and live out her days in the cave. Also, Firis will need to secure three letters of recommendation from licensed alchemists before even being allowed to take the test. That very time limit plays a huge part in the game, which is to be expected. Previous Atelier titles used this same mechanism to encourage repeated playthroughs and see all the endings, so it’s inclusion here shouldn’t be that big of a dea…holy hell, look at that clock move!

Unlike previous games where time moved forward based on actions taken, the hand is always rotating, and at an extremely rapid pace. Wandering the environments, crafting, resting to refill life, magic, and LP (which dictates weariness), pretty much everything eats up time. Heck, walking a couple of blocks chews through about six hours of in game time. Considering the series’ propensity to require players to wander about to trigger a story cutscene so the next action can be taken, this puts quite a bit of undue pressure on the player to book it, never knowing how much time the player will be forced to spend faffing about. This means that the impetus in place is to play the characters in a gruffer manner than the game intends. 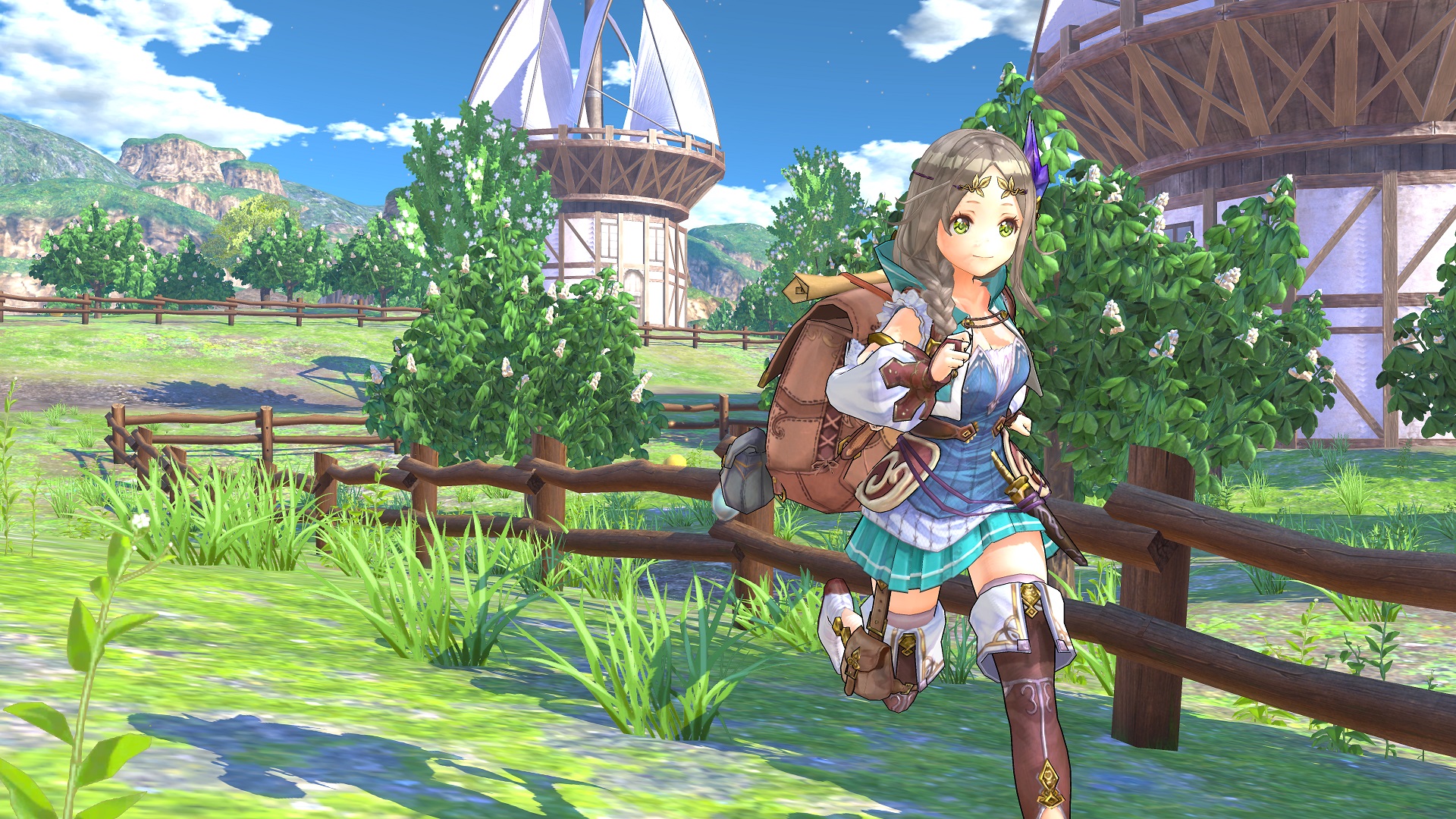 “Excuse me, you appear to be an alchemist,” a hopeful quest giver might ask a passing Firis. “My kid’s sick. Could you make some medicine?”

“A pox on your kid,” I respond to the TV as Firis bounces past, on a mission.

“Um, yeah…. That’s kind of the problem,” the ignored parent replies to the slowly fading point on the horizon that is Firis.

“Barrel!” Firis exclaims in the distance. There is ample evidence that the ore dust she inhaled growing up in Ertona might have inhibited her intellectual development.

It really is this accelerated clock that hampers the experience. That (metaphorical) ticking of the hideous clock is enough to drive the player mad. Coupling this with the deceptively clear cut path to the goal that actually pulls the player further from the goal. There is a section that needs to be solved that requires a huge amount of gabbing with the townsfolk to solve, as there is a large impediment in the middle of a lake that must be crossed. Not only does this section cause the game to sag, due to being overlong, uninteresting, and require lucking into certain scenes through wandering the town (skip fast travel here), there is a certain material that will be required whose recipe can only be learned by ignoring the path the game implores the player to take. So, playing the game like The Fast and the Firisous is counterproductive. 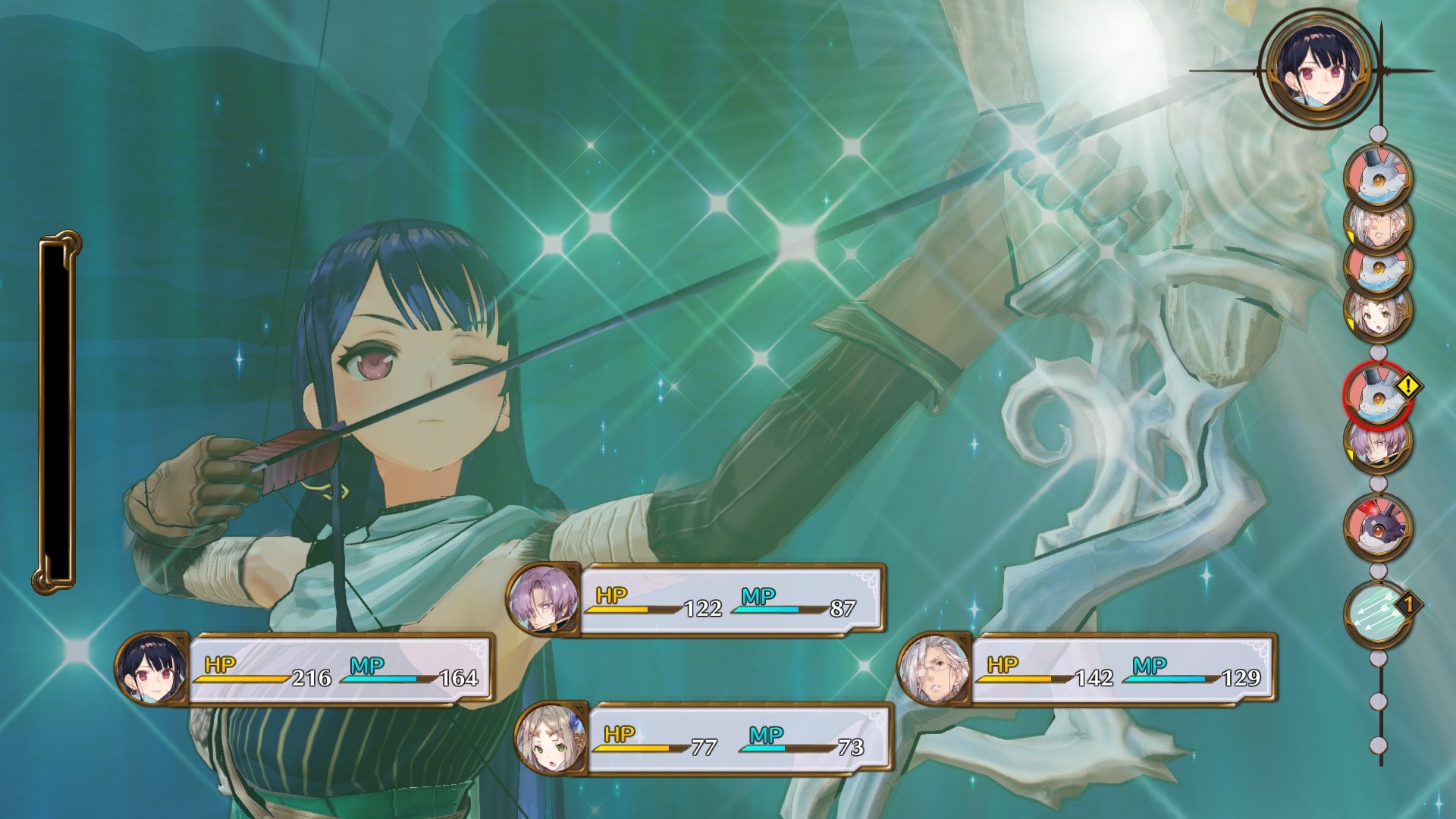 But then something magical happens. After hours of foregoing any exploration and making a beeline to the goal and completing the exam, the game decides that that’s enough of that, and bins the whole clock mechanic. Suddenly, the sprawling, vibrant world is wide open for exploration, with the ability to see each and every character’s story through to the end. The buoyant personalities of the characters stop being grating. It abruptly becomes fun.

A huge portion of that entertainment is due to the bright, well realized artistic design that Gust has infused in this series. Sure, there are familiar enemies from previous titles, but they hold together with the world as a whole, each seeming as though it belongs where it is found (except, maybe, the forest dwelling jellyfish…). The combat system also works extremely well, keeping the proceedings simple and zippy, with only combo link system adding a wrinkle to the tried and true formula seen throughout the genre. Considering how hard other companies have been trying to reinvent the wheel, going back to something basic and engaging feels strangely fresh.

The only other complaint to be rendered lies in the dialogue. Even for an Atelier title, this feels hokey, with a distinct disconnect between some character’s goals and the actions taken. It seems that Gust really wants to imbue the title and characters with some Japanese version of “Gee Whiz” like innocence, but loses out on crafting engaging personalities in the process, leaving the heroes without a real hook to hang player investment on. The random typos that pop up don’t really help matters, either. 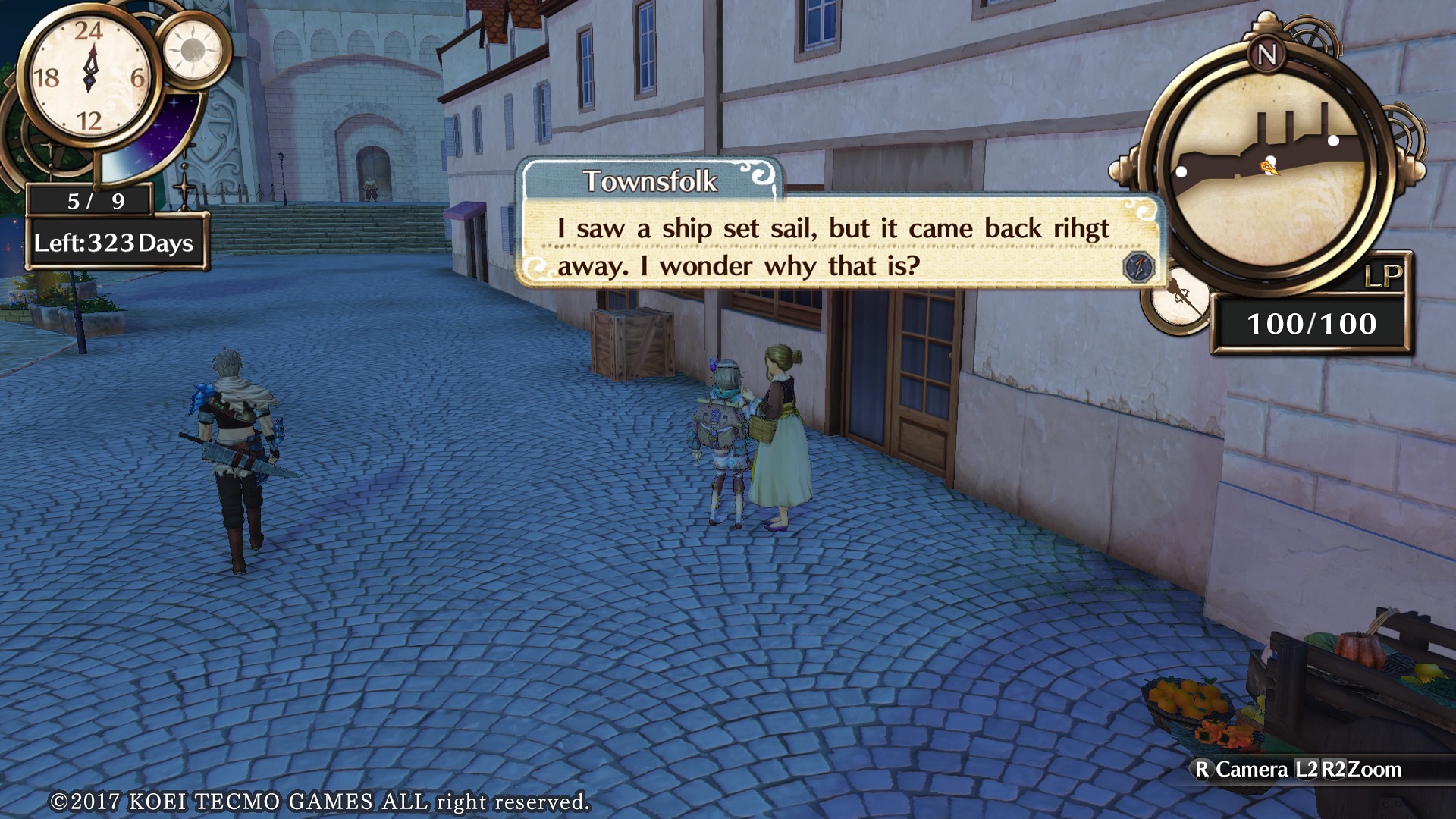 Atelier Firis: The Alchemist and the Mysterious Journey is a title that engenders quite a bit of well-deserved criticism. The clock that dictates the Exam portion of the game is tuned way too fast, lending a feeling of undue stress that flies against the tone of the game itself. The spiky bits of the character personalities have been sanded down even more than normal, leaving them smooth and featureless. Yet, there is a massive amount of world to explore, littered with all kinds of interesting landmarks to discover and items to find and craft into new equipment, items and explosive bric-a-brac to throw at a stupid mushroom monster’s face. The world itself is bright and colorful; a better representation of the tone that Gust was trying to nail. Felling beasts and solving the world’s problems after getting the exam out of the way becomes an engrossing and relaxing experience. With some tuning of the initial time mechanic and a rework of the characters, Atelier Firis could have been the best the series has seen. Still, it can boast the best world the franchise has offered to explore, and that is saying something.