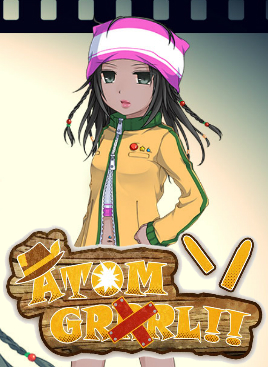 For whatever reason, 2016 has become the year of yuri in the English visual novel community. We’ve seen multiple releases in the genre arrive on Steam (and MangaGamer or Denpasoft). Titles range from the impressive Kindred Spirits on the Roof to less fulfilling offerings such as Sacrament of the Zodiac: The Confused Sheep and the Tamed Wolf. All in all, it’s proving that games about “girls’ love” are quite popular and should never have never been left out of the scene. The very latest in these yuri tales is ATOM GRRRL!! by Cosmillica. Originally released in Japan back in 2014, it and its sequel were subsequently picked up by Sekai Project and now western fans are getting a first taste of the ATOM GRRRL!! world. The question is whether or not players will find themselves falling in love, utterly repulsed, or somewhere in between upon completing the tale.

Unlike most visual novels which take place in and around Japan, ATOM GRRRL!! is a Japanese take on America – more specifically Las Vegas. It appears the city is chock full of mafia influence which leads to warring gangster groups setting up their turf and defending it. The game begins when gang leader Jessica Huster returns from a trip to Japan. She’s happy and ready to chat about the subtleties of Japanese cuisine with her best pal Anna just moments before everything becomes serious again. After all, as someone in control of her own gang, she’s not at all a typical happy-go-lucky protagonist. It appears that her cousin, Very Huster, has set up a new casino right on Jessica’s own turf. Yep, this is grounds for payback. But they’re not the only players in this game.

We’re quickly introduced to other unique characters such as the ever-undressed Big E, supremely ugly (but dangerously crafty) uncle Vince, and drug-dealing college student Dave. Although the cast seems quite colorful, they’re overall incredibly two dimensional personalities. In any case, as the story progresses it quickly takes on a “comedy of errors” sort of approach where everyone’s tales are directly linked but they somehow fail to recognize this as tensions flare and the body count soars. 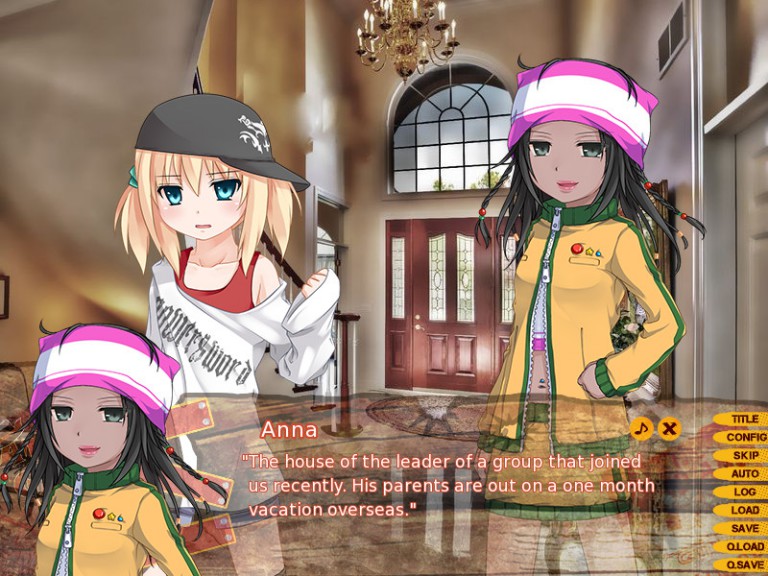 Despite the focus on criminals in ATOM GRRRL!!, it is played mainly from a comedic stance. It’s worth noting that there is actually no violence depicted on screen but you’re sure to hear it described often enough in the text itself. Another thing you’ll read in the text a lot are an almost continuous stream of expletives and sometimes even racial slurs. It makes sense with the theme of this game, but those who are severely opposed to such words should just skip right over this visual novel entirely.

Unfortunately, it’s hard to get interested in ATOM GRRRL!! as far as the storyline is concerned or even care about the characters themselves. For one, the cast is primarily too outrageous to feel for and the storyline goes from zero to sixty without quite enough explanation. People go around waving guns in casinos and killing cops as if this is really so simple to do (and get away with). Being detached from reality isn’t the main likely reason for the story failing to stick with players. The bigger issue is simply that this game is too short for anyone to get invested in it. It took me 45 minutes to complete, and that was a bit of a leisurely pace for me. With that said, those who are a bit slower at reading can potentially get through the story in around three hours. The story provided just isn’t particularly interesting, even with its peppering of insane actions and oddball cast. 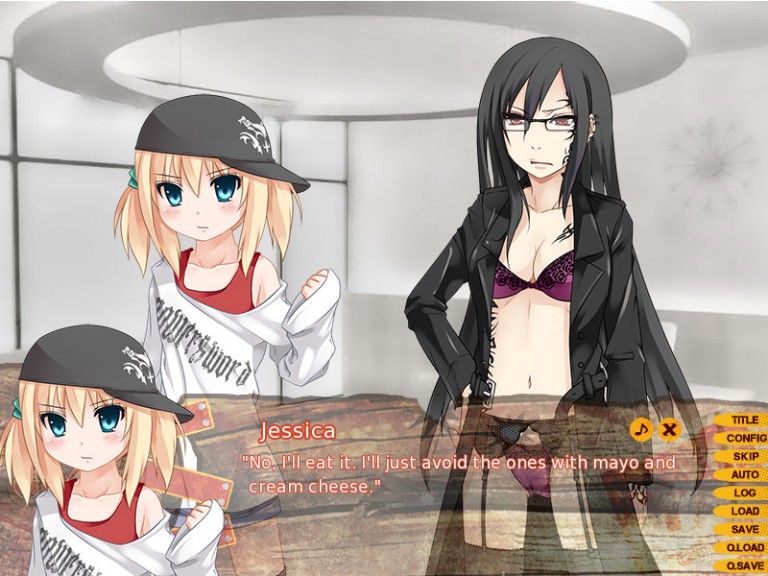 As this is a kinetic visual novel, there are no points at which you can make a choice. This in and of itself is not a big deal but does remove any potential replayability. It’s worth noting that the version of ATOM GRRRL!! on Steam is censored while you can order an 18+ copy via Denpasoft. It appeared that there might be two or three sex scenes in the game but I can’t say for sure having not played the adult version. With that said, it’s unlikely these sequences add enough to the overall experience to turn the game into a winner. The sprites, CGs, and backgrounds are acceptable but not likely to inspire much excitement either. But hey, they’re better than some other doujin releases out there.

The best thing about ATOM GRRRL!! is honestly the soundtrack. It has a great rocking vibe that completely fits with a gangster-themed visual novel. There might not be a ton of tracks available given that the game is so short, but each one is worth listening to. Had the quality of the writing and storytelling matched the music then this would honestly be quite the different game. Finally, although I certainly had little fun while reading through the story, at least there didn’t appear to be any egregious typos.This is always a plus considering the vast majority of visual novel releases on Steam are often peppered with them. 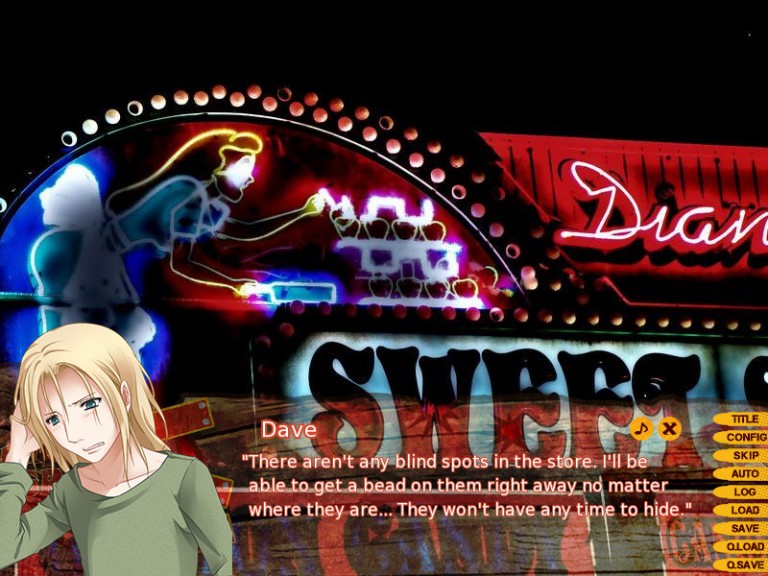 ATOM GRRRL!! doesn’t sit right with me. The advertising, which touted it as a “Tarantinoesque comedy” oversold it to the millionth degree. Whether you like Quentin Tarantino’s films or not, there’s no doubt that all of his work is steeped in style. ATOM GRRRL!! attempts to copy with egregious levels of violence and intriguing, entertianingly flawed characters, but fails on both attempts. For one, we’re never really shown depictions of violence to begin with and the characters are unique but in completely uninteresting ways. Even during my sub-one hour playthrough, it was a challenge to actually read through this tale from start to finish. It’s a tremendous shame because there is undoubtedly a cool concept at the core. It would be great to see more titles in the genre take on criminal narratives rather than those of pure romance or action, but this visual novel stumbles rather than strides confidently down that path.