Thanks to online gaming and eSports the popularity for gaming headsets has skyrocketed over the past couple decades, taking what was once considered an indulgence of a peripheral to practically a necessity. The different variations of gaming headsets have now reached numbers that rival the grains of sand in the Sahara, with price points that give gamers to spend as little or as much as they want on their headset of choice. The Mobius is the result of a partnership between Waves and Audeze and is one of the higher end models that is available. Audeze isn’t a major player in the gaming world but they are well known to sound engineers and audiophiles, so they do have a solid enough reputation as a general headset manufacturer. The Mobius is Discord certified and designed for high-end PC and Mac gaming, while also compatible with Xbox One and PlayStation 4.

Before talking about our time with the Mobius, it’s unique when compared to a lot of the other headsets we’ve covered. One of the more interesting features is the 3D sound, which is full 3D sound emulation which is paired with 3D head tracking, room emulation and anatomy calibration. What this means is with other headsets that have virtual surround sound if there is a sound that comes from my right, if I turn my head to the right the sound will continue to originate on my right even if spin around 180 degrees. With this headset, the user can move their head in any direction but the sound’s point of origin will remain the same, allowing for greater immersion and feeling as if my surroundings the game event. What it does to sound is similar in concept to what a virtual reality headset does for the the visual component of gaming.

The Mobius uses planar magnetic drivers which is considered a happy medium between basic dynamic headphones and high-end electrostatic ones. The sound is crystal clear with little to no distortion and it will react quickly to changes at the sound’s source. Some of the more technical aspects provided by Waves Nx software include 3D audio (including 7.1, 5.1, 5.0, 2.1 and 2.0) and Ambisonics support. Part of the immersive experience comes from how the device reacts to the user’s movement. This is achieved through integrated low latency head tracking, 3D sound localization, room emulation and anatomy calibration, so the sound emanates from all around your position and responds to movements of the user’s head. The headset is advertised as having ten hours of battery life, is Bluetooth enabled and compatible with USC-C, USC-A and 3.5 mm analog inputs. 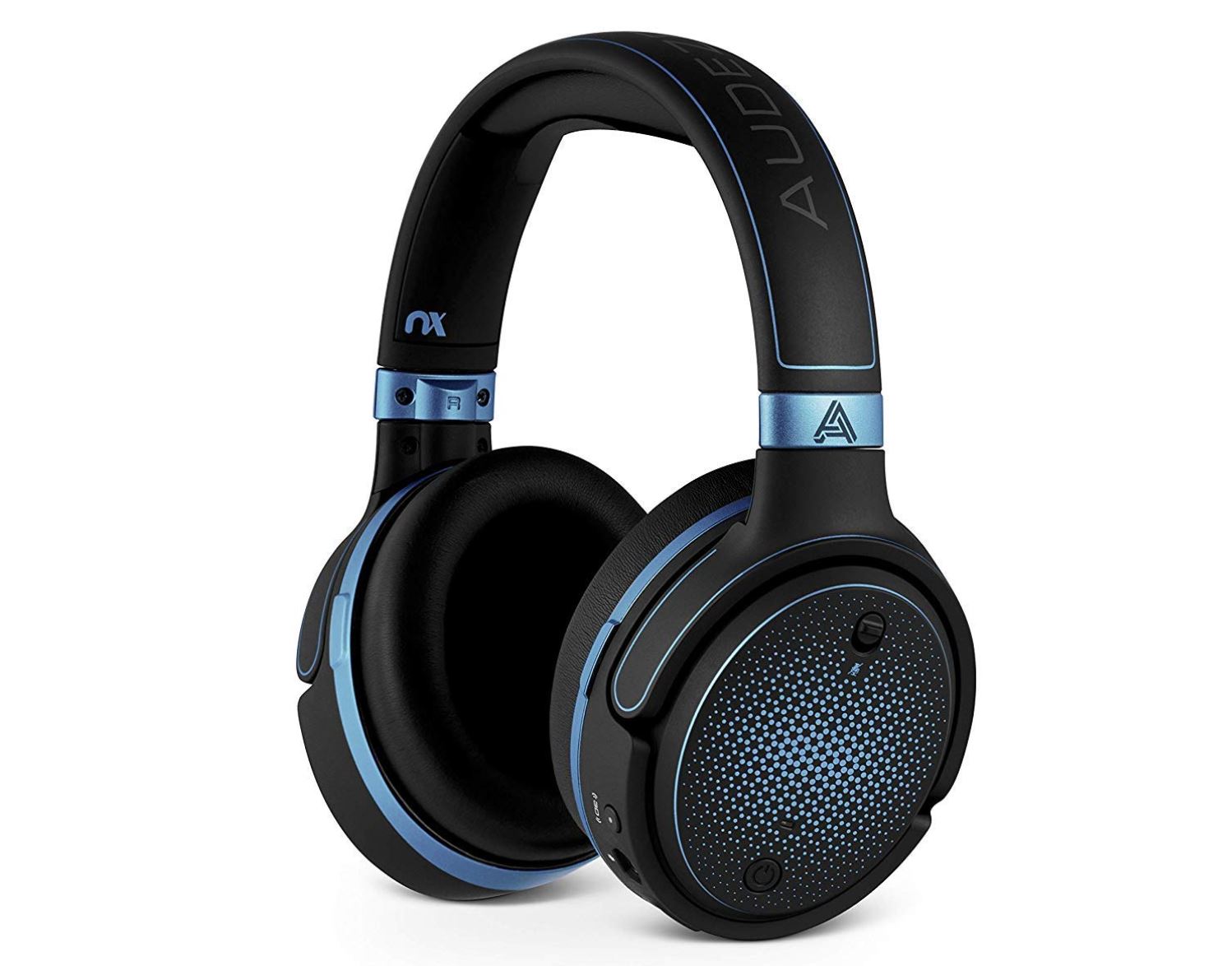 The Mobius can sound phenomenal, though the degrees of awesomeness can vary depending on how the headset is connected. The best sound quality is achieved when it is wired with the USB cables, as this provides a connection with no lag in sound and has access to all the different virtual surround sound configurations. As Audeze is a well-known manufacturer of audiophile grade equipment, the sound quality from this headset it top of the line in any mode, but concessions are made with the other connection methods. The 3.5 mm does enable 3D sound and delivers amazing sound quality, but this connection only offers stereo. Albeit this is some great-sounding stereo, but when something is mixed for 5.1 or 7.1 there’s a noticeable difference between the two. Bluetooth offers great sound quality without having to worry about any wires, but there is some latency that can lead to the occasional sonic hiccup.

The Mobius has a retail price of $399.99, which is actually an interesting price point. For gaming headsets, this may be the most expensive one on the market, and it is the most expensive one this reviewer has ever used. When it comes to audiophile grade equipment, this is bargain basement pricing. As such, the Mobius offers incredible quality in some areas and some areas it’s apparent how it got to the lower price point. The frame is plastic, compared to some other high-end sets where a more durable metal is used. The construction is sturdy enough where you don’t have to handle these with the kid gloves but understand that these require the user to be a bit more gentle than some of the sturdier options made with metal. The leatherette earcuffs are serviceable, but not the highest quality out there compared to other headsets. Considering the cost of other Audeze (non-gaming) headsets range from $599.99-1199.99, cheaper construction or lower sound quality is a concession that needs to happen to make this more affordable, and in this writer’s opinion this was the right move since the sound quality is amazing. The 3D sound can be labeled as a gimmick, but it’s a cool gimmick and can have advantages in multiplayer games since it can aid with threat location. Games, movies, music and just about anything that was played through this headset sounded amazing. The highs, mids and lows were easily distinguishable from each other and everything was audible with perfect clarity. The battery life didn’t seem to last the full advertised ten hours, though, as it seems like it needed to be charged every six to eight. 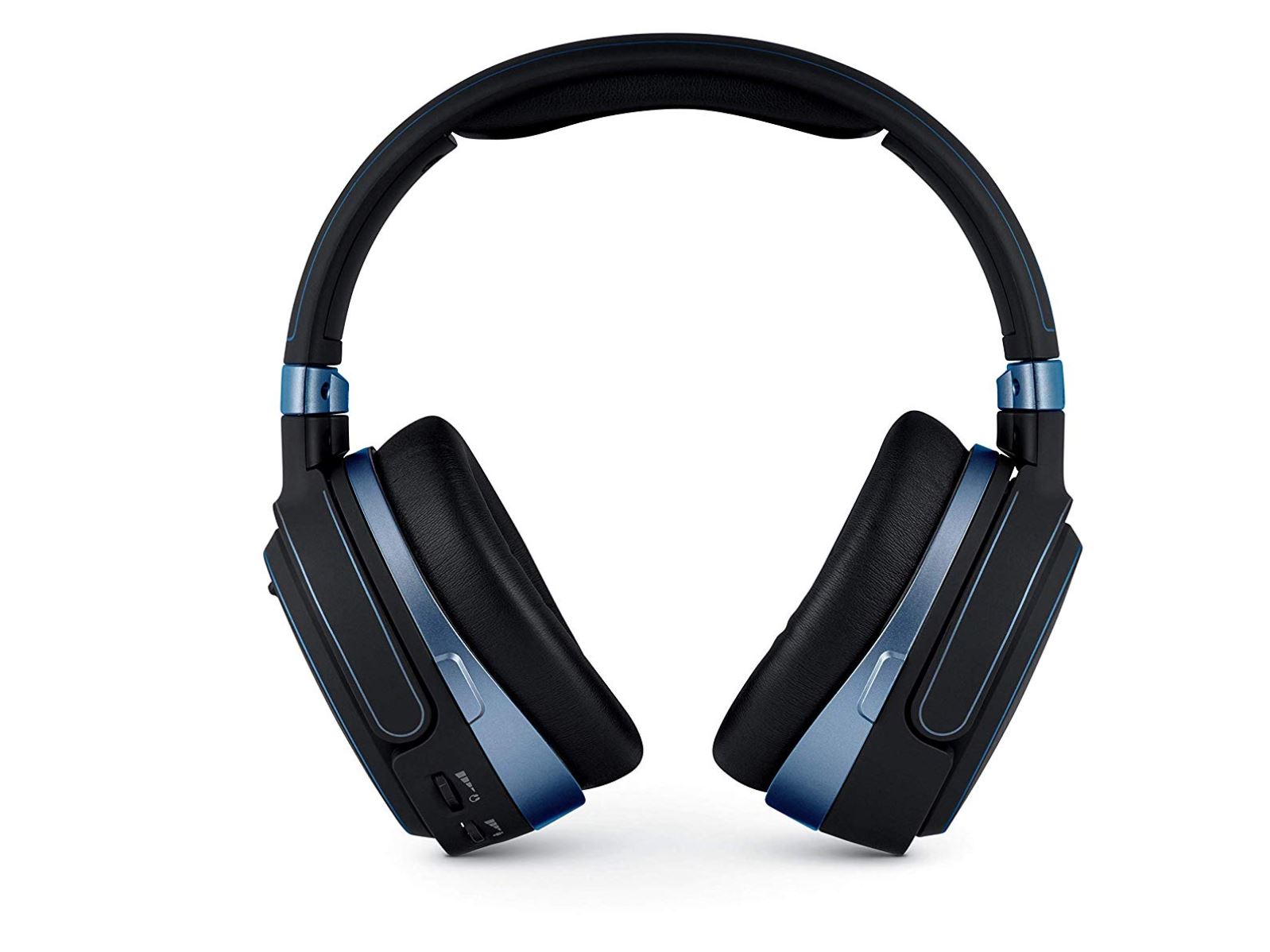 The Audeze Mobius introduces a new level of immersion to gaming with 3D sound technology and bridges the gap between high-end gaming headset and audiophile equipment. Whether you want to view this as an entry level audiophile headset or a top-of-the-line premium gaming headset, you’re looking a piece of equipment that delivers unparalleled gaming audio quality. While the sound quality is amazing, there are some points of consideration listed above. The 3D audio is really the main point to consider. It’s a cool feature that increases immersion along with some tactical applications in online multiplayer games like Call of Duty or Fortnite, but it’s only worth paying the premium for a nifty feature if it’s something you intend to regularly use.