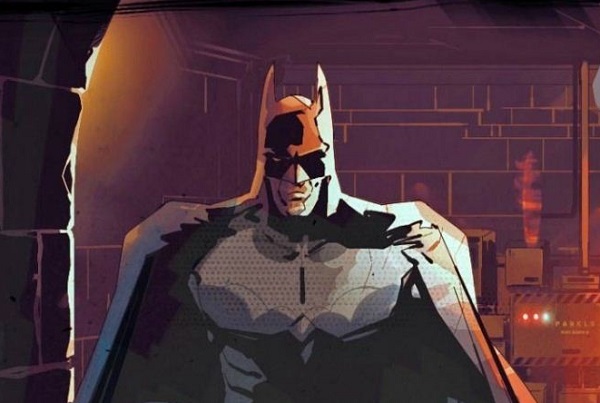 Ten years ago, if you told anyone that Batman would be the character who would star in the definitive superhero video game series, you’d probably receive a lot of hysterical laughter every day at the lunch table. But now, Batman has become a true success story in superhero games. With the Arkham series, Batman has risen to the top of the superhero summit, pioneering a newfound respect and discipline in superhero video games. After three main games, Batman continues to ride his newfound success, this time to Blackgate Prison. The original Batman: Arkham Origins Blackgate debuted on the Nintendo 3DS and PS Vita, but now the Caped Crusader’s 2D Metroidvania adventure has earned a Deluxe Edition for PS3, 360, Wii U and PC. Armature Studio deserve some credit for trying to bring so much that made the Arkham series great to a smaller, 2D world, but the many compromises that were made to do so leave the game in a clunky, awkward and overall unnatural form. 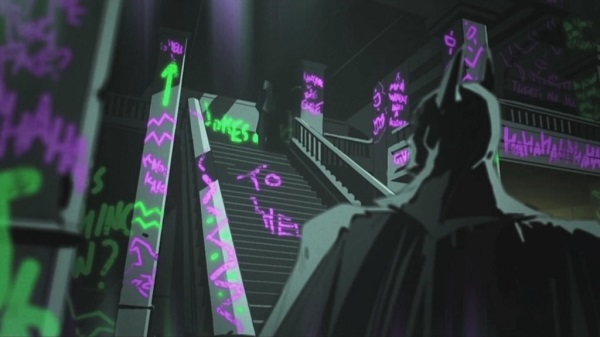 Following three months after Arkham Origins, Blackgate continues the story of Batman right out of the gate. Still adjusting to his role in Gotham, Batman must investigate the recent breakout of the three major antagonists: Joker, Penguin and Black Mask. It does present a degree of tension between the clashing egos of the crime leaders, but most of the narrative appeal comes from Batman’s side of the fence. Brooding and gruff, but still new to the crime fighting demeanor, Batman keeps a nice lack of refinement around, a big contrast to his Arkham Asylum and City self. Batman also encounters plenty of new faces in Blackgate…well, new to him. Familiar characters like Captain Gordon start to enter Batman’s crime-fighting circle, with Batman’s advisor being none other than Catwoman, who Batman encounters at the start of the game. Having Catwoman as a support character adds a nice bit of creativity to Batman’s posse; you never know what she’s planning when she seductively flirts with Batman, while also providing information about the prison. It’s a cool dynamic that makes the Blackgate story more than just an Arkham Origins off-shoot.

Blackgate is a way to bring the Metroid-style advancement and exploration of the Arkham series back to the past. Unlike the 3D action-adventure gameplay, Blackgate is a 2D Metroidvania action game. Very much like the games that influenced the Arkham series’ design, much of the game involves Batman using his many crime-fighting gadgets to take out enemies, solve puzzles, and explore the prison. If you played games like Super Metroid or Shadow Complex, much of the design will be well-tread ground for you. You get a blink on your map, you must follow it while fighting enemies and exploring, you get to the point and find an item, which opens up new areas. While other Metroidvania games tend to add some new gameplay mechanics and obscure methods of exploration, Blackgate is surprisingly straightforward and tame for the genre. Many of Batman’s weapons are from past Arkham games, which means many of the puzzles are pretty predictable. Grab the Line Launcher for traversing large gaps or the Shock Batarang to charge up electrical generators. The lack of any really fresh items is a big disappointment, since Batman has always been about the tech, so the gameplay itself rarely shocks or awes. 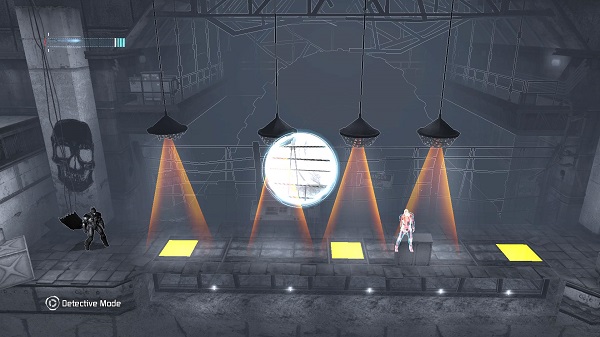 If there’s one thing that Blackgate fumbles completely, it’s the navigation, specifically the use of camera perspective. In an effort to make the game more cinematic and in-tune with the main Arkham series, Armature Studio didn’t stick to a single 2D camera angle with Blackgate. While you’ll be moving to the left or right most of the time, occasionally the camera will swing or turn around the room to give the environments the same amount of explorative depth as the original games did. The problem is that moving under these constantly changing perspectives is more disorienting than cinematic, especially when your movement controls don’t sync up with the camera’s chosen direction. For example, when you enter a room, you’ll tilt the analog stick to the right for a while, but you’ll need to continue tilting it right, even when the camera swings a whole 90 degrees. It has more in common with the tank controls from Resident Evil than anything, draining the perspective of fluidity and consistency. This becomes even worse when the game tries to mix background objects, which require a perfect location of Batman to even bring up a context-sensitive command. While there are times when the game presents a rather clean motion of navigation, a majority of the exploration is disorienting and off-kilter, making it difficult to know where you’re going in relation to your objective.

The combat is also a big letdown. Arkham Asylum debuted the series’ “free-flow” combat system, which allowed The Caped Crusader to effortlessly jump between enemies to attack, while also providing accessible dodging and stunning moves. It was amazing and made every combat scenario a test of skill instead of patience. Blackgate tries to cram that expansiveness into a 2D plane and the results are less-than-ideal. Much of the basics are still there: single-button counters, stuns, jump dodges and free-flowing melee combos are still around and work pretty well. However, there is a noticeable stiffness to punching, which seems to suffer from the 2D perspective’s confining view. Some moves feel very delayed and clunky; even a simple counter feels slower than in Arkham Asylum’s buttery-smooth combat. In addition to some rough combat, the stealth sections follow suit, trying to take the 3D design and condense it to 2D. Getting a good idea of where enemies are is easy enough, but keeping track of context-sensitive techniques and even where Batman himself is located is routinely frustrating. The entire adventure tries to shrink the Arkham series’ most iconic features into a 2D plane, but it ends up feeling like a very taxed and compromised game. 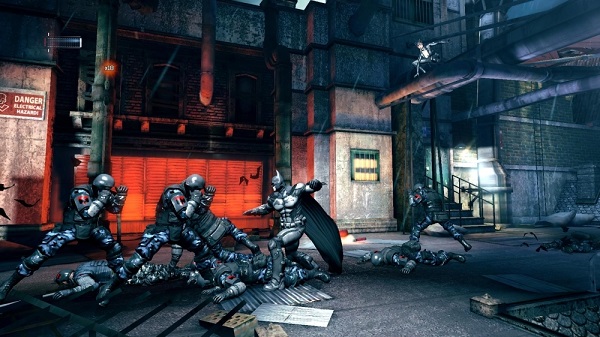 Blackgate definitely gives the player a lot to do, however. Upgrades to Batman’s arsenal and armor are plentiful, along with hidden items and costumes. Using Batman’s Detective Mode and Analyzer, you can even scan clues that are connected with Batman’s different foes. Finding an empty vial or a computer chip can lead to connective mysteries related to Batman’s many arch-nemeses. Deluxe Edition offers even more unlockables and quests, leaving Batman fans with few objectives that are worth skipping. The content is surprisingly comprehensive and even revisiting some of the excellent boss fights or witty dialogues from characters like The Joker certainly have appeal. There’s a good amount of style in Blackgate and even as an off-shoot game, it does respect its mythology in a very open-minded way.

The dark and gloomy world that’s made the Arkham series such a pivotal Batman universe is also condensed into the 2D world. The game sticks within the Blackgate prison compound, which from a technical standpoint, is pretty sharp. The improved visuals for the Deluxe Edition stay surprisingly true to the Arkham Origins style, especially the shadows and lighting. However, the color palette is extremely bland, sticking to greys and browns, keeping the more extravagant hues out of the picture. With the exception of the scenes with The Joker, color is extremely limited and doesn’t display any shocking juxtaposition like Poison Ivy in Arkham Aslyum. However, the comic-book-style cutscenes are sharp and slick. Batman, Catwoman and all of the other baddies look great under the dark shading in the scenes, and while animation in these cutscenes is sparse, they still capture much of the dark magic that Batman comics have earned over the years.

The voice acting keeps the production qualities as high as Origins did, with famed gaming voice actors recurring their Gotham roles. Roger Craig Smith (Chris Redfield in Resident Evil 5 and Sonic in Sonic Colors) nails the younger Batman, one not as sage and professional, but still a tough-talking dark hero. Troy Baker reprises his place as The Joker, marking a very original-sounding role for his otherwise consistent vocal tone. The Arkham series has always had voice acting on its side, and even as a smaller project, Blackgate treats its dialogue and cast as the series always has. 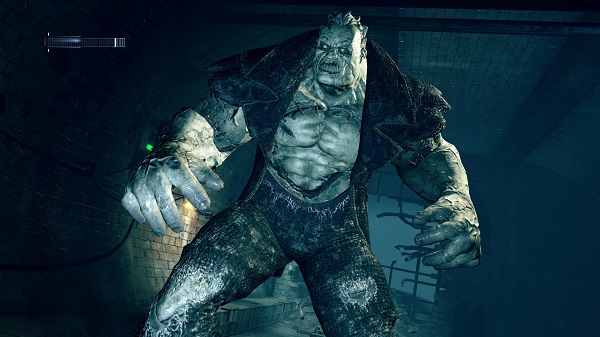 Batman Arkham Origins: Blackgate tries to take what made the main Arkham series exciting and fit it for a 2D Metroidvania game, but the game ends up cutting a ton of corners to compensate for the new design and perspective. The navigation suffers considerably from a disorienting use of varied perspective that never finds a good, settled spot. It certainly makes the game cinematic and multi-layered, but getting around in the game is a struggle because of it. The gameplay mechanics are also very predictable; gadgets are reused from past Arkham games, puzzles are rarely challenging, and the free-flowing combat feels sluggish and awkward without a full 3D view. With its erratic camera, boring puzzles, and bland visual design, Blackgate is an unimpressive Metroidvania that uses the Batman universe well, but doesn’t do much to accommodate the Arkham series’ most iconic gameplay innovations work. It’s certainly passable, but you can find many Metroidvania games that fulfill their gaming ambitions much better.