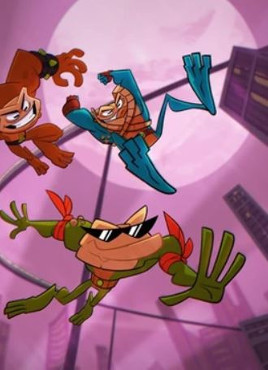 Battletoads first appeared in 1991 on the Nintendo Entertainment System. At the time Teenage Mutant Ninja Turtles were at the height of their popularity, so some anthropomorphic toads names after skin afflictions led by a vulture battling the Dark Queen’s army of pigs and rats in outer space seemed like a logical premise for a rival franchise. They failed in even coming close to dethroning the Turtles but they did enjoy a respectable amount of success and spawned a few subsequent video games. The last of which was the 1994 arcade game but the hunger for some Battletoads nostalgia was strong enough for a new game to emerge in 2020, which was confirmed when the surprise announcement from E3 2018 was met with excitement. Now that the new game is finally at hand it’s time to decide whether this was a franchise overdue for revival or if these toads would have been better suited for the high school biology lab dissection table.

Battletoads’ tale begins as a series of self referential and slightly-deprecating humor. The Toads haven’t exactly been building a name for themselves during the past 26 years as a formidable superhero team of amphibians and have lost all cultural relevance. Forced to take on menial jobs such as a masseur and office work, the Toads eventually get the idea to copy the work ethic of famous TV detectives and get back into fighting intergalactic crime or whatever it was the Dark Queen was doing, in hopes of one day getting immortalized in stone sculpture on Mount Rashmore (Zitz and Pimple would like a different name for this fantasy monument).

Despite taking more time between video games than Guns N’ Roses does between albums, Battletoads is a faithful modernization of the franchise. The art direction has changed into a more modern style. I personally prefer the original character designs, perhaps because I’m old and bitter, but at least the new style fits the game’s tone. The static images don’t do it justice but watching Battletoads in action looks like playing a cartoon and given the specific nature of their moves nothing else would be appropriate. Watching the ‘Toads morph into a giant ape or turn their fist into a kitchen appliance happens with the animated fluidity as classic Loony Tunes sight gags. The variety of moves is expanded since each of the ‘Toads has a toadally different move set. 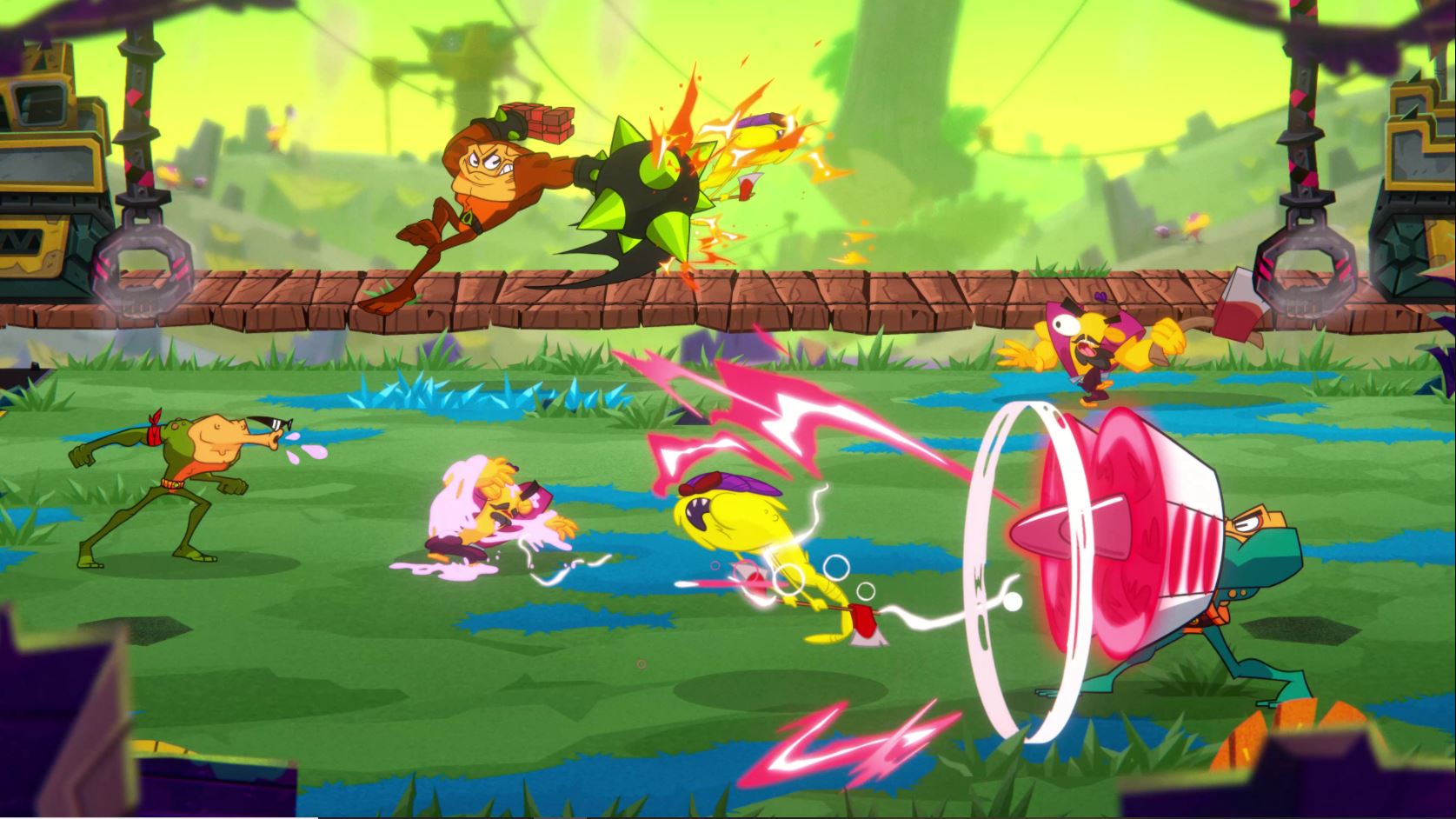 The ridiculous combat is an essential component of Battletoads. In the early days they had their feet turn into a giant boot or magically have ram’s horns on their heads. This exaggerated slapstick approach to fighting has only evolved in their 2020 incarnation where some of the animations go far beyond the limitations of their early adventures. It’s like watching the ideas that were first shown off in the NES title being realized without hardware limitations, allowing the artists’ imagination to run wild in concocting new ways for the make an amphibian punching someone in the face even more ridiculous.

Getting past all the superficial qualities, the main question is how does Battletoads actually play, and the answer is very much like a modern version of the classic titles. Like Streets of Rage 4, Battletoads is tasked with taking a franchise that hasn’t done anything in a quarter century and make a new game that feels contemporary but also appeals to the fans of the early ’90s titles. For the most part Battletoads is a beat ’em up title but like the original game has other challenging aspects such as some tricky platforming and vehicle based levels. Fans know that this is a franchise that is known for having an unforgiving difficulty level. I wouldn’t go as far as to say that Battletoads is an easy game, but comparatively speaking it’s more forgiving. On single player mode the player can switch between Zitz, Pimple and Rash on a whim and they each have separate health bars. When a ‘Toad is defeated they are out of play for a portion of time but will come back with a portion of health so in most cases as long as the player is able to keep one of them alive they can stay in the fight. Plus the checkpoint system is rather forgiving, so even in levels that have the player on fast moving hover bikes dodging stone walls, there’s enough hope to prevent an unwanted controller casualty. 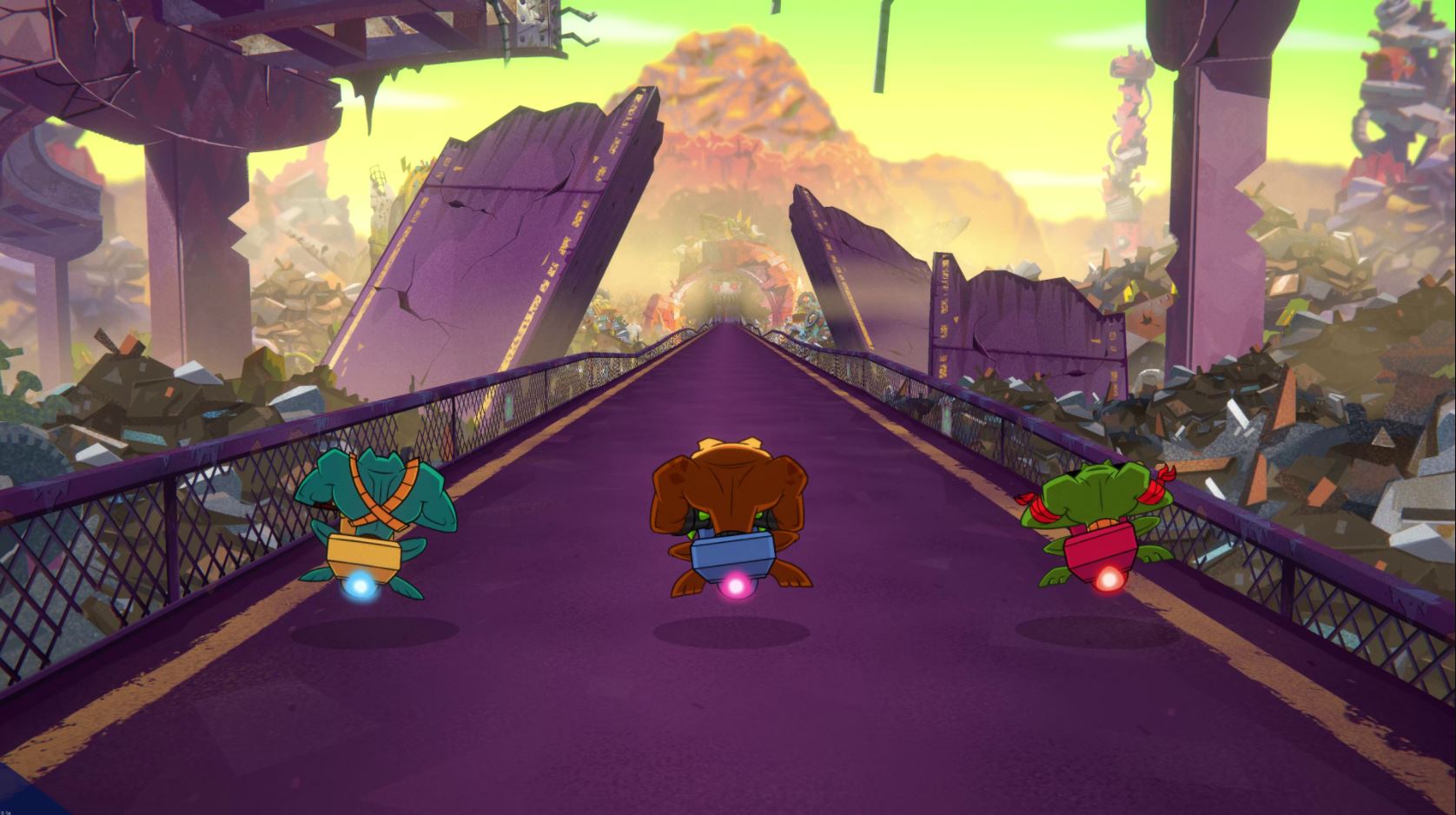 A lot of the difficulty and fun comes from how crowded the screen can get. A lot of times there are multiple enemy types on screen with different attacks and weaknesses so juggling which enemy type to focus on becomes important. There are some new moves in this game such as stunning an enemy for a few seconds by spitting gum on them or using the tongue to pull an enemy close or use it like a grappling hook to escape a chaotic situation. There are several challenging scenarios but perseverance will get most players through them after only a few tries and if things get too difficult there’s an option to toggle on an invincibility mode to assist players if they die too many times. Aside from the game holding the player’s hand a bit more than the original titles this title is true to the feel of classic Battletoads.

As stated above, personal preference is toward the original character designs, but the new style is true to the tone of the series, and despite the feelings of the artistic direction the in-game animation is incredible. The dialogue-heavy cutscenes are reminiscent of what one might see in another late ’80s popular cartoon about mutants but slightly edgier and cruder. This was an aspect I wanted to criticize but there were a few moments of genuine comedy that softened my stance. 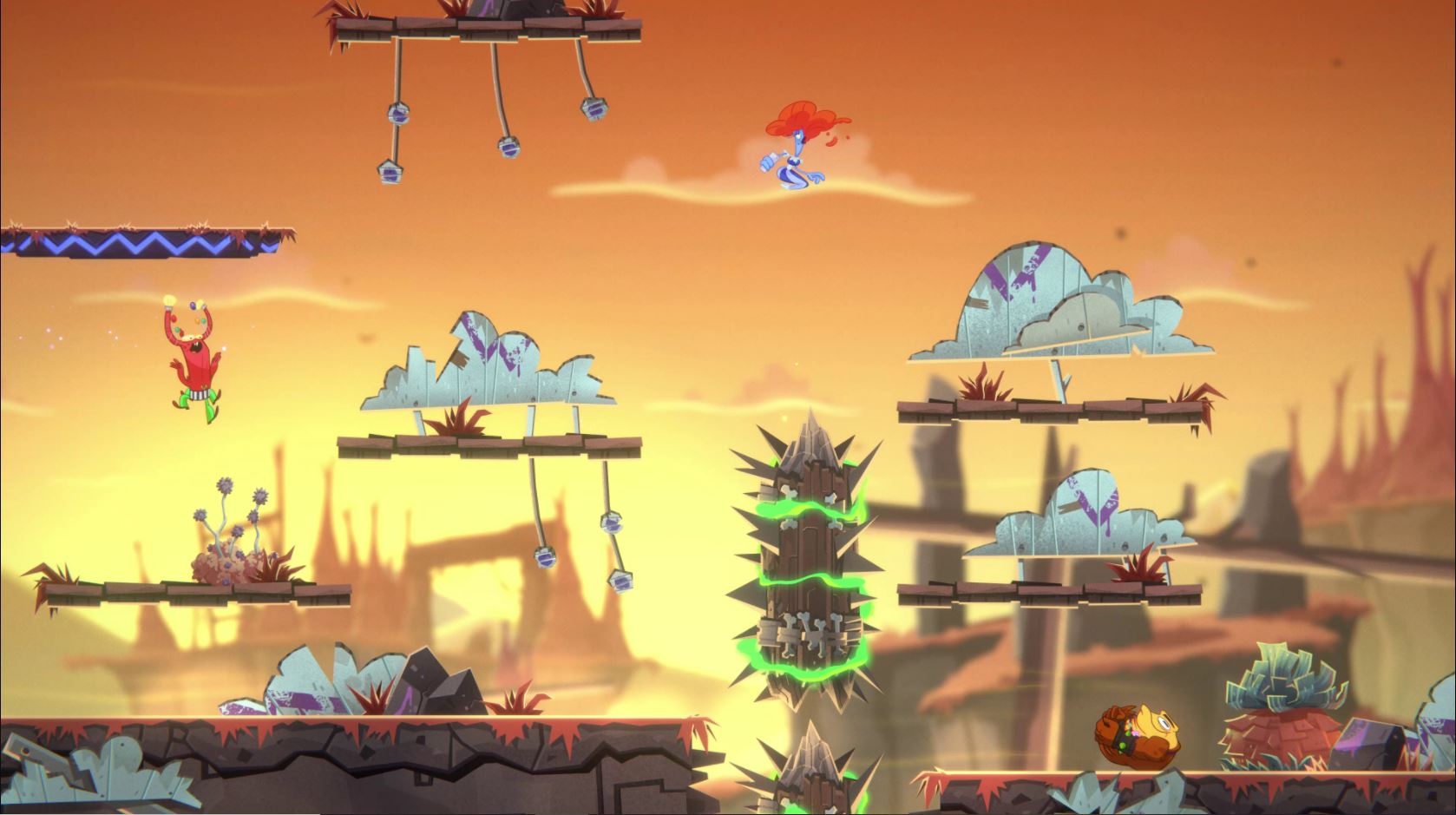 Battletoads revives what was thought to be a long-dead franchise without missing a step. The game benefits from modernized game mechanics but maintains the overall gameplay feel of the original titles. If you have fond memories of the earlier titles, it’s a no brainer that this is a title worth playing. The game does rely on nostalgia, but this is one of the better reboots around. Battletoads succeeds at making a game look and feel modern while maintaining the essence of what made it good so many years ago. Battletoads does offer a variety of different modes in addition to primarily being a beat ’em up title. It’s a truly ridiculous game that doesn’t take itself too seriously, and it’s good to see that after such a long break the ‘Toads are still on top of their game.