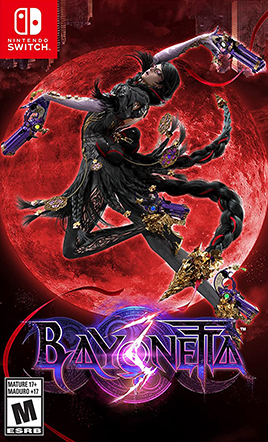 Heaven forbid if PlatinumGames were to ever be forced to shutter up, close shop and add their name to the long (and ever-growing) list of defunct studios, perhaps they might take solace in the knowledge that what they’d leave behind in their legacy was that which any outfit dreams of creating. That being a game — so too, a main lead — as iconic as the original Bayonetta. Both as a game and leading protagonist alike. Having established itself (and herself) way back in 2009, a year that saw the now-iconic capital P manifest for the first time. A debut year that saw no fewer than three games release from the once solely Osaka-based developer: Mad World, Infinite Space (both exclusive to Nintendo’s systems via the Wii and DS, respectively) and last but not least, the one that wound up standing out most: Bayonetta.

A game of unapologetic hijinx, over-the-top spectacle and a character whose confident, sassy demeanor quickly won many over. To the point that following on from a Wii U-exclusive sequel in 2014, such was the strength of public popularity, it even brought the beloved Umbra Witch into the fold of Nintendo’s cross-over fighting series, Super Smash Bros. But of course, Bayonetta’s success wasn’t just down to the likability of its lead or the tongue-in-cheek ridiculousness of its story. Come up with one area of expertise or term that best encapsulates PlatinumGames as a developer modus operandi and you can be sure that combat will be many people’s first and immediate answer. Ever since that fabled 2009 release, most of Platinum’s output thereon has been built on what the original Bayonetta established and did so in brilliant fashion. Subsequent releases often taking the base formula, tweaking it, adding to it, having it pop up in unexpected ways. And while combat hasn’t been the one and only component to Platinum’s likability, it wouldn’t be a miss to claim gameplay revolving around mastering the mechanics — while being stylish about it — has been so integral to the developer’s DNA. Ludicrous, ridiculous but oh so indulgent and compelling to see through to its final climax.

To say Bayonetta 3 is similarly ludicrous in how it flashes its ever-increasing spectacles one after another wouldn’t just be an understatement. It also in a way skirts around a more important critique about the long-awaited, third outing in a series of angelic, demonic and now multiverse-travelling entities running amok. There’s an issue to raise about the shackling to Nintendo’s platform; how despite its best efforts to maintain a solid 60FPS during play, that that framerate can dip and stutter from time to time. Or how [forgive the repeated phrasing] this aged hardware puts a major dent on the visual fidelity of the locales. Not that Platinum aren’t at least trying through some semblance of variety, but the efforts offered in Bayonetta 3 don’t capitalize on the prospect a universe-hopping adventure may initially point towards. 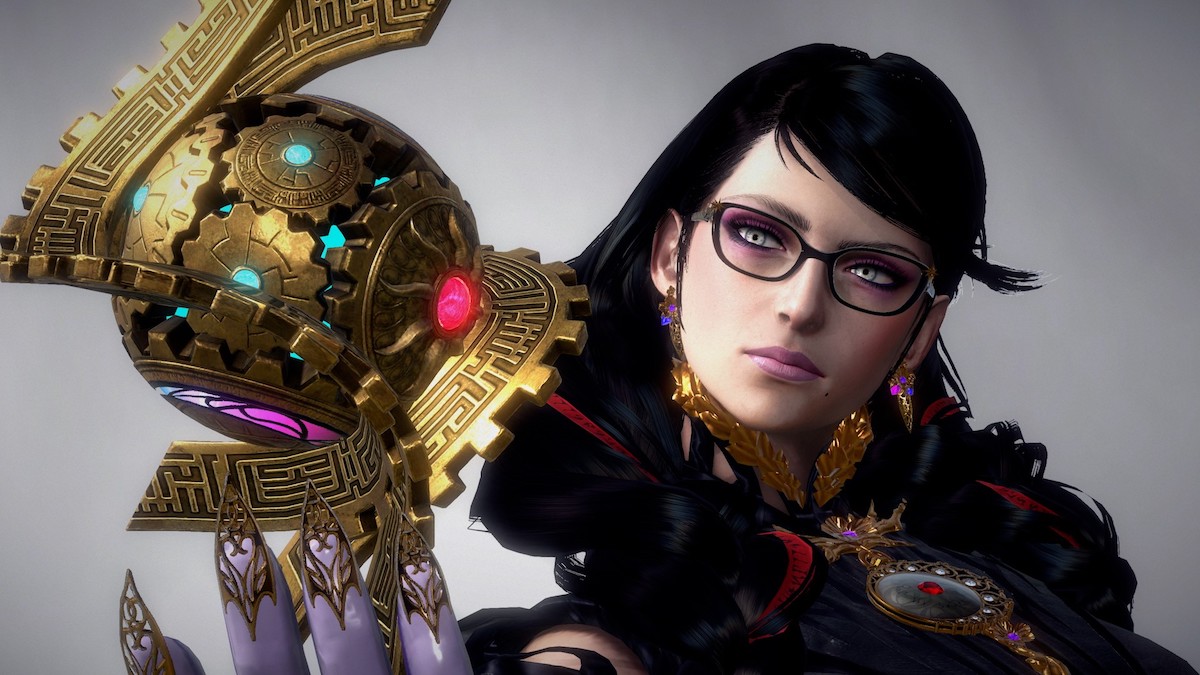 That may sound like an unnecessary and odd area to flag up. Who cares about surroundings and story if the combat is as addictive as it’s always been, right? And sure, despite one’s own absence from this series for some time (my last revisit was by way of the original’s porting to PC more than five years ago), a couple of chapters of climbatising and before long you’re drawn right back into that same allure of juggling enemies, zipping to and fro from one target to the next, racking up combos and sitting there with a great big grin on your face. Wider still when each scenario — or Verse, as is series standard — nets you that desired Pure Platinum rank. And for the most part, gameplay can very much carry an entire game. But while Bayonetta 3 still cements Platinum’s continued status as one of the industry’s best when it comes to combat and the infrastructure holding it up, to say the additional ideas are in anyway as engaging wouldn’t entirely be true.

By far the weakest spots come by way of its more scripted sequences that turn a game of frantic, arena-based hack-and-slash to a series of platforming segments. Segments that are at times annoyingly cumbersome to control and in others, only cast a grander light on how shackled to the Switch’s limitations this game is. And yet, Bayonetta 3 can’t always blame its hardware for other ideas, while not outright bad, don’t necessarily make the experience any better. Chapters that have you control secondary character Jeanne in a kind of side-scrolling, lite stealth infiltration mission while different and a little offbeat, are far from this game’s highlight. Or how despite their grander spectacle, the Kaiju-styled one-on-one fights sound, on paper, like the kind of ridiculous endgame Bayonetta was always inevitably going to reach. Until you realize said moments amount to little more than drawn-out rock-paper-scissors that if anything, undermines the lovable lunacy of how it got to such a place to begin with. In short, Bayonetta 3 shines when it retires any suggestion of variation and focuses its efforts squarely back on its prime combat. And the game just about manages to add a few satisfying tweaks and additions here to prevent the third outing from feeling like a “more of the same” conclusion. 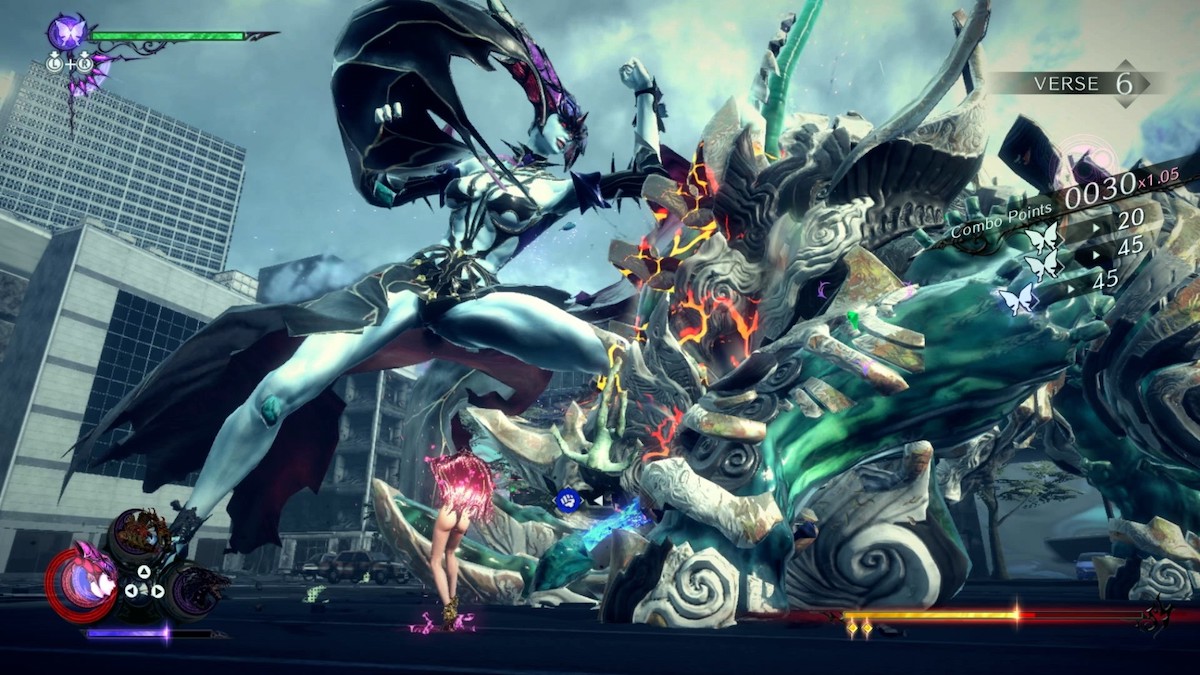 The most notable is the new Demon Slave mechanic — a towering demonic entity that can be spawned at any time mid-flow, providing one has the magic power to maintain their presence. And while it does render you vulnerable upon activation, the added power can prove crucial when it comes to taking on some of the more colossal foes. A benefit whose potential only increases over time as you unlock more moves and more means to factor them into your favored sequence of moves. To the point one feels confident in having Demons serve as your main move-set, rather than simply a finishing touch. And this is without even going into much depth about the variety of weapons and so too variety of demons you add to your arsenal and can so easily shift between on the fly with little more than a tap of the D-pad.

Moments like this illustrate perfectly why Platinum’s high skill-ceiling approach to gameplay is as respected and as satisfying to engage with, let alone eventually master, as it is. Even with its multiple inventory screens governing equipped weapons, accessories, move-sets and skill tree unlocks, Bayonetta 3 manages to just about subdue any feeling of convolution in favor of a system you can’t help but dig even deeper into. Which is where, more than likely, the returning optional challenges come into play. Hidden and partially-hidden portals nestled off to a level’s side, requiring you complete a challenge based on specific criteria. Limited time, enemies being invulnerable except in Witch Time, challenges that require you to use a specific move or ability. 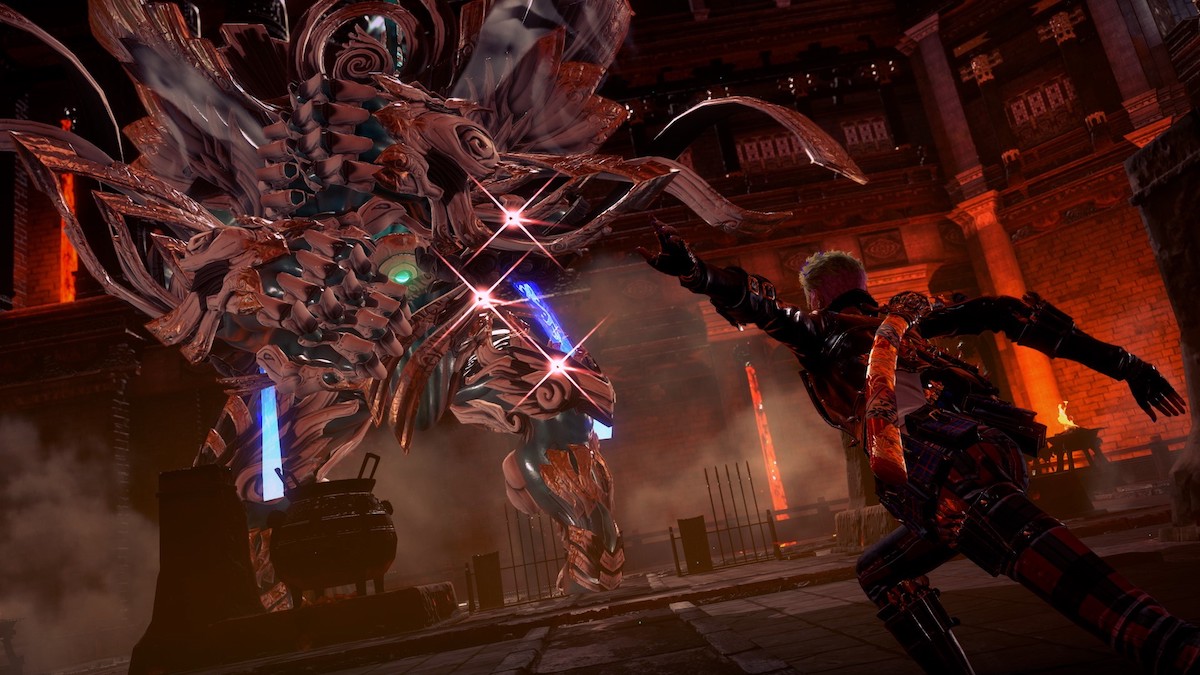 That goes doubly so when it comes to the introduction of new character Viola whose own move-set has enough nuance and differences to master. Even if the surrounding material concerning her backstory isn’t as well-executed sadly — not helped by just how painstakingly obvious the game makes it from the off about her true identity. But again, not unlike the moments centered around control the titular protagonist, the sequences involving Viola are still a punishing lesson to get right; her own demonic suffering working in a way that’s different enough to adapt to and whose starting move-sets require a little more thought than simply button-mashing to win. Regardless of the character you’re playing per chapter, the well of options and tentative pressure to be as fast and as flashy as possible, remains the key hook that keeps you sprinting excitedly from one encounter to the next.

Even if that same excess and love of spectacle, can at points get the better of itself. Ample visual effects and hordes of foes occasionally making the act of eyeing an enemy’s tell to dodge or knowing where exactly you are on the screen to begin with, hard to deduce. Something that does get better with investment of time and muscle-memory, but if there’s one game in Platinum’s roster that feels like it’s teetering on the edge of absurdity for absurdity’s sake, Bayonetta 3 is that game. It doesn’t fumble that execution thankfully, but the signs are there. The saving grace amid all these precarious moments is in just how much fun one can have in these encounters. Even the small details — Bayonetta chuckling as she successfully manifests Witch Time, or pops off another comment during the end of a combo — deserve recognition. As forgettable as the main narrative and premise ends up feeling, even the most insignificant of things, like the way the title card to a new location is accompanied with a universal designation number at its side, is a nice detail. 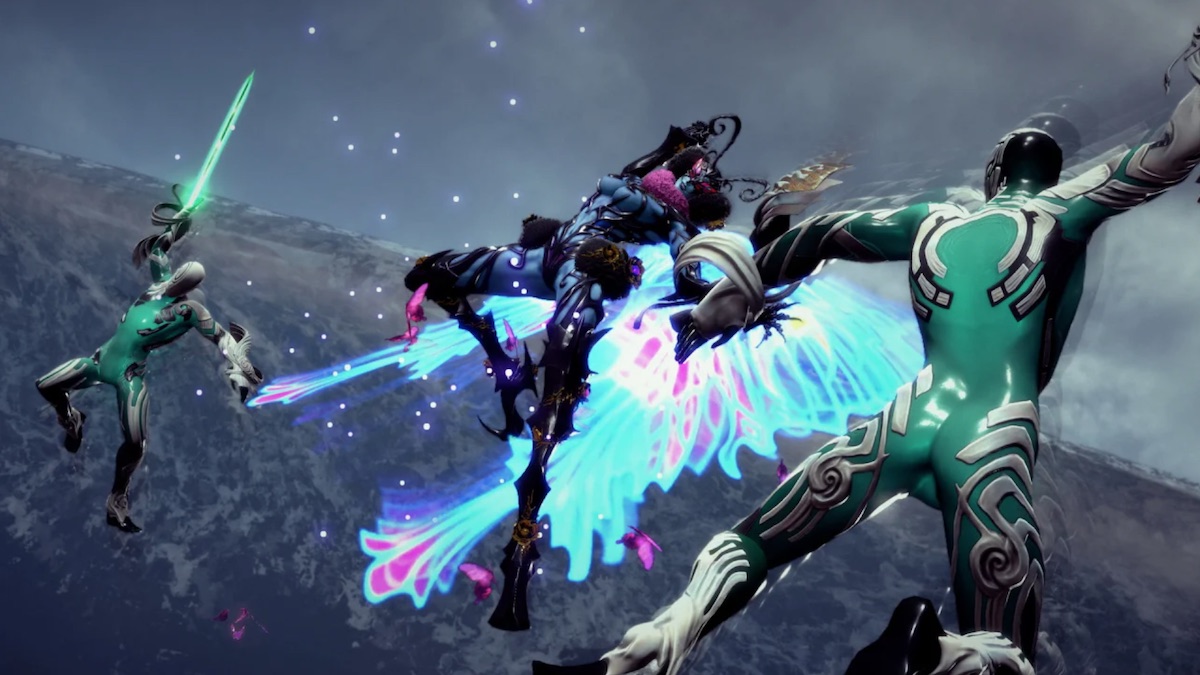 As ridiculous and as unruly as it’s ever been, the five year wait for Bayonetta’s third outing ends on a predominantly satisfying high. Finding enough new ways to make its decade-plus old combat formula feel fresh and exciting all over again, Bayonetta 3 is at its loveably over-the-top best when everything is focused squarely on the combat, the combos and the pursuit of the best ranking to add to one’s collection. Even new faces like Viola provide interesting enough divergence, even if the narrative material — much like the main story throughout — isn’t as strong by comparison. It doesn’t always get the balance of spectacle and execution spot-on, but Bayonetta 3 doubles-down on the familiar parts that matter and succeeds with just how creative combat can get. Bayonetta 3 is the quintessential PlatinumGames outing that despite its brief issues is just too engaging to ignore.