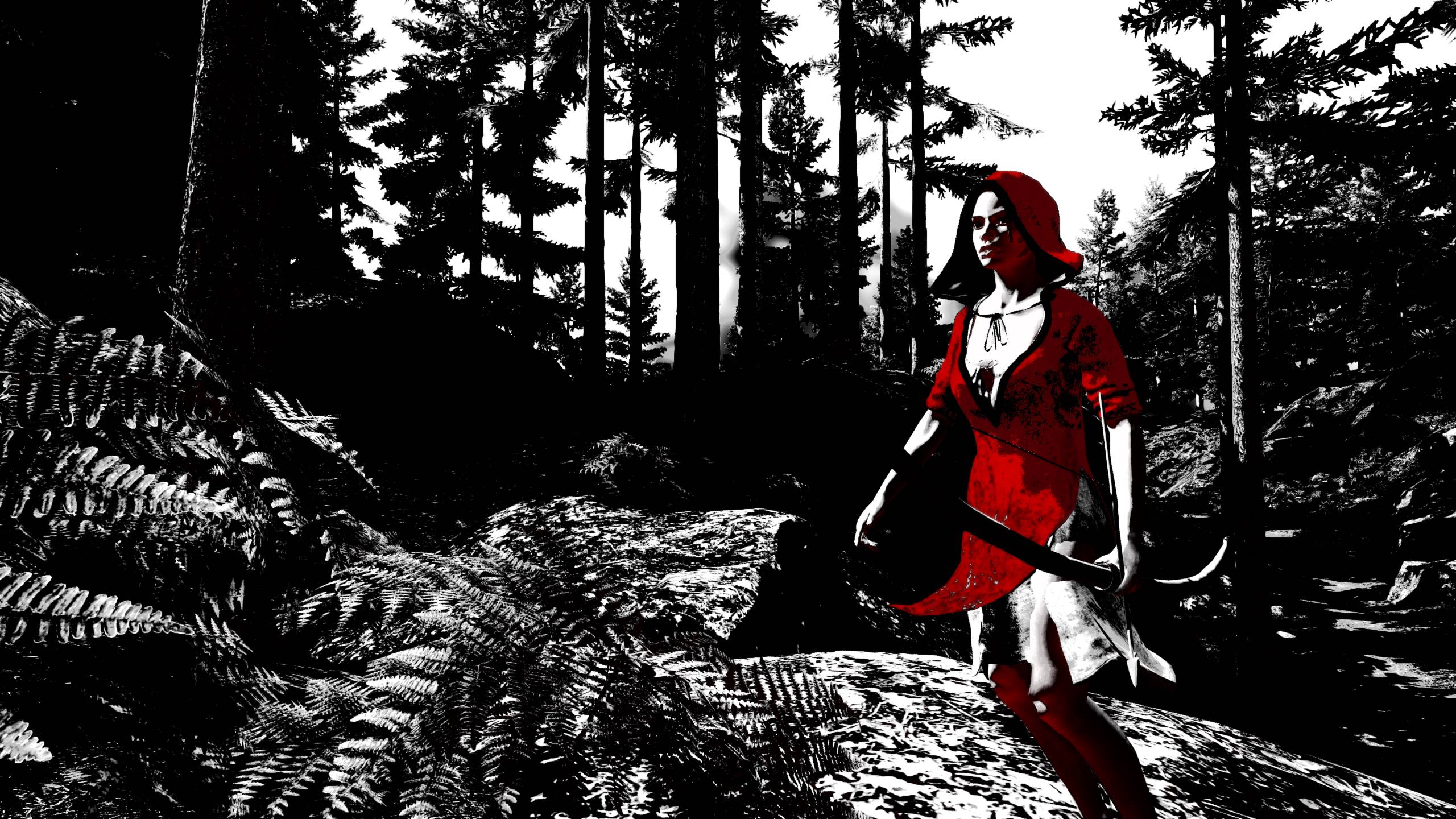 Blackpowder Games is aiming to answer one of the biggest mysteries in U.S. history with their debut game, Betrayer. That mystery is what happened to the Roanoke Colony that caused them to disappear.  Betrayer is a game cut from the same cloth as Dark Souls, which lies its greatest strengths and weaknesses.

The year is 1604, you are settler sailing from England to join the Roanoke Colony.  However, the ship carrying you wrecks leaving you as the lone survivor.  Making your way inland you discover that something is very wrong.  The people have gone missing, corrupted Conquistadors charge at you, supernatural enemies stalk you and a mysterious girl dressed in red aids you from afar. 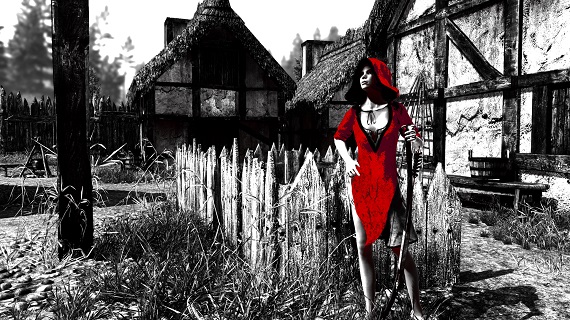 Betrayer’s story is only as good as the time you, the player, put into it.  The story is not told through cutscenes or dialogue, but by collecting items in the environment and piecing everything together.  Strewn throughout the environment are letters, apparitions of deceased people and items that tell the story of the colony.  It’s an unconventional method of telling a story, but it’s so interesting that once it sinks its talons in you, you have to keep searching for that next piece of info.

There are some interesting twist and turns in Betrayer, but it takes a while for the game to hook you.  Much like with the Dark Souls games, Betrayer literally throws you straight into the game with little-to-no explanation of what’s going on or what you need to be doing.  It’s very open-ended, but without a focus it’s hard to care about the colony from the beginning. 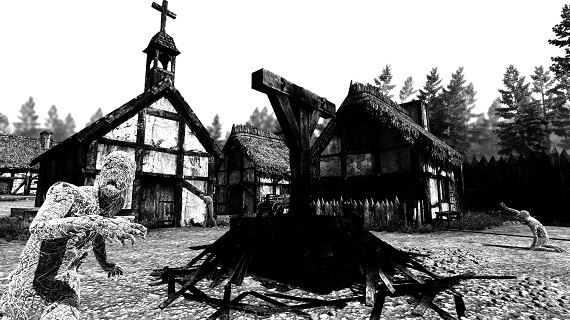 Betrayer features large environments that the player can traverse, but little variety.  All areas look the same and it’s possible to get lost for long periods of time.  It would have been nice to have some form of objective marker or a hint system that clues you in on the objective when lost.  Unfortunately, the game would rather you just wander around aimlessly until you happen to find what you’re looking for.

The game will last you a good couple of hours if you want to collect all of the documents, discover all the graves and find all of the ghosts.  For $14.99 you’re getting a lot of bang for your buck, especially if you’re a fan of very difficult games.

Betrayer loves to punish run-and-gun players.  A First-Person Shooter, Betrayer arms you with muskets, pistols, bows and crossbows for battle against enemies.  Enemies don’t go down easily when facing them head-on in battle, but can be taken out easily when using stealth.  Crouching and using the wind to mask your footsteps is your best friend for taking out enemies fast.  Going in guns-blazing is an option, but it only takes a few hits for the enemies to down you.  17th century guns reload painfully slow so missing a shot is a mistake you will regret.  As you can surmise, Betrayer is not an easy game by any stretch of the imagination, though there is an option to make the game easier. 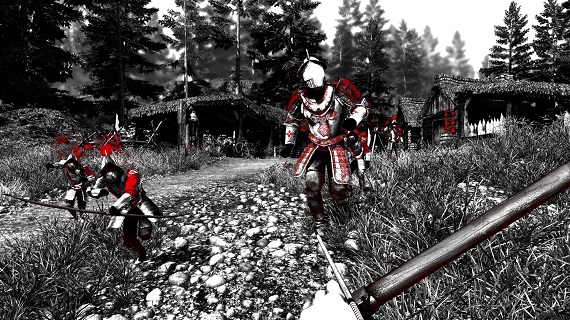 Weapons and ammo can either be purchased or picked up from fallen enemies.  However, the best equipment costs a lot of money and when you die you drop all of that hard earned cash.  If you can pick it up before you die again then you get it all back, but if you die before you pick it up then you lose it forever.  To keep your health high, you can carry up to two satchels of water, which you’ll burn through fast.

Betrayer does introduce a neat feature called the Dark World.  You enter this world by ringing the bell at any of the settlements in the game.  This is pretty much the world of the dead and is the only place you can interact with the ghosts.  Here the game is actually a lot easier.  The Conquistadors are replaced with skeletons and shades, which are much easier to kill and do less damage.  It’s an interesting idea and key to learning important plot elements.

You can play the game with an Xbox 360 controller if you want to.  All of the keys on both the Keyboard-Mouse and 360 controller are re-bindable so you can customize the controls to your liking. 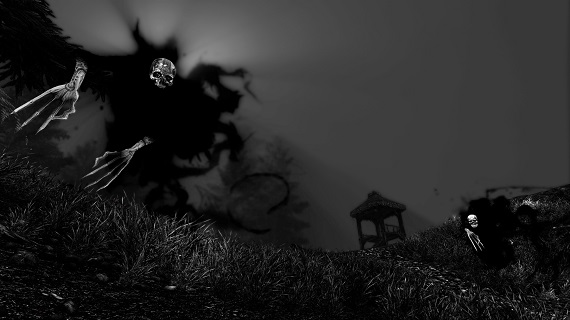 Visually, Betrayer looks quite good.  Similar to the film Schindler’s List, Betrayer uses different shades of gray as its primary color with red splashed in.  The red is there for aesthetic reasons and to denote a weak spot on enemies. There is, however, an option to add color via a filter in the options menu. The game still looks good in color, though it takes away from the horror atmosphere the developers were going for.  I also noticed some performance dips when the color filter was turned on.  The dip wasn’t bad, but definitely noticeable.

Betrayer sports some pretty fantastic animations.  Wind plays a large role in the game masking your footsteps so it is important that the trees and grass animate convincingly.  Thankfully, Blackpowder Games nailed the animations.  The trees, leaves and grass rock back and forth with the wind naturally.  It’s a gameplay mechanic that helps you out and looks good while doing that.

There’s no spoken dialogue in the game other than some occasional chanting; the few lines that are spoken are delivered via text.  The choice to make the dialogue silent was a smart choice on the developer’s part.  Combined with the different shades of grey and red, the silence ramps up the tension and will have you sitting on the edge of your seat. 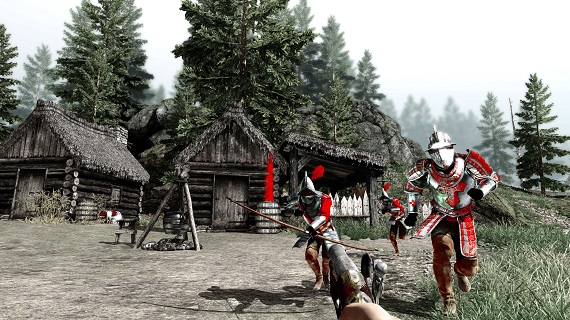 Betrayer faces interesting dilemmas.  It has an intriguing story built from a great mystery and good gameplay to back it up, but feels unnecessarily punishing.  It loves to throw players into open environments, but not tell them what’s going on. It’s a feast for the eyes and there’s fun to be had, but those who aren’t fans of games like Dark Souls will have a hard time getting enjoyment out of it.  Those who can get past its inherent barriers, however, are sure to have a blast exploring Roanoke.