Bit.Trip Core is the kind of game that you get if you would imagine what would happen if someone heavily into the trance scene were to have made a rhythm game for the Atari era. Simplistic in both its presentation as well as its controls, the games relatively short amount of content is packed with gameplay that you can’t help but begin to bob along to the beat with. It may miss a beat here and there, but Bit.Trip Core does a pretty good job being innovative in a genre that is increasingly becoming saturated with me-too’s and knock-offs.

You play the game by holding the Wiimote sideways and use the d-pad to “aim” your laser in one of the four primary directions extending from a plus-sign symbol in the middle of the screen and the 2 button to actually shoot a laser out. The game features three songs to play through that last for about ten to fifteen minutes each, and each one is filled with moving dots that move across the screen in increasingly complex patterns. The idea is to “shoot” these dots along one of your four directions, a feat that is made easier by the fact that they always cross one or more of your lines in time with the beat. Shooting a dot makes a retro bleep sound, and since the background techno music is of the same sort of variety it makes you feel like you are adding your own “instrument” on top of the song. 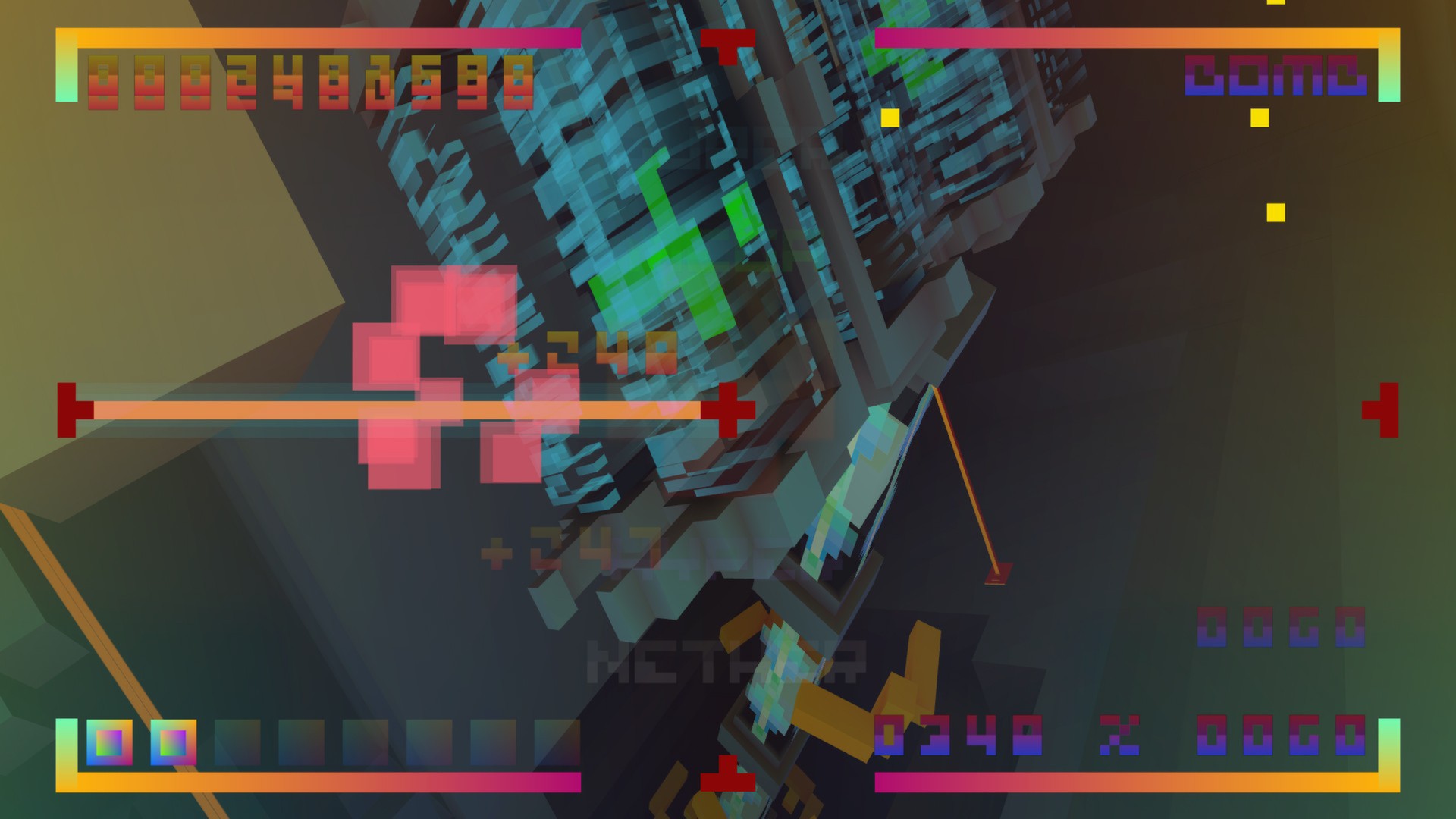 At the beginning these dots come at you in simple straight line patterns, but the farther you get in a song and in the game itself the patterns become more complex and involve curves and diagonal lines as well as picking up the pace significantly. The patterns are the same each time which does hamper replayability to some extent, but it does cement the thinking that you are playing your part in the larger trance tapestry that is the background music. When things get overwhelming you get one “bomb” to clear the screen with, but beyond that if you consistently do poorly you enter a state of purgatory where the entire interface is reduced down to simplistic black and white, giving you one last chance to bounce back from your slump before you fail out of the song.

If the abundance of quotation marks around words is making you think that the game is somewhat abstract, you would not be wrong to assume so. Barring a few cutscenes that lack real context or content the game lacks much in the way of explaining itself. This may be off-putting for some, but it seems to be more that the game is just intended as a means of interacting with music in a way that doesn’t come with much in the way of extra baggage. For a game that literally boils down to shooting in four directions from a fixed center position Bit.Trip Core does a good job of making the player feel like an integral part of the music. 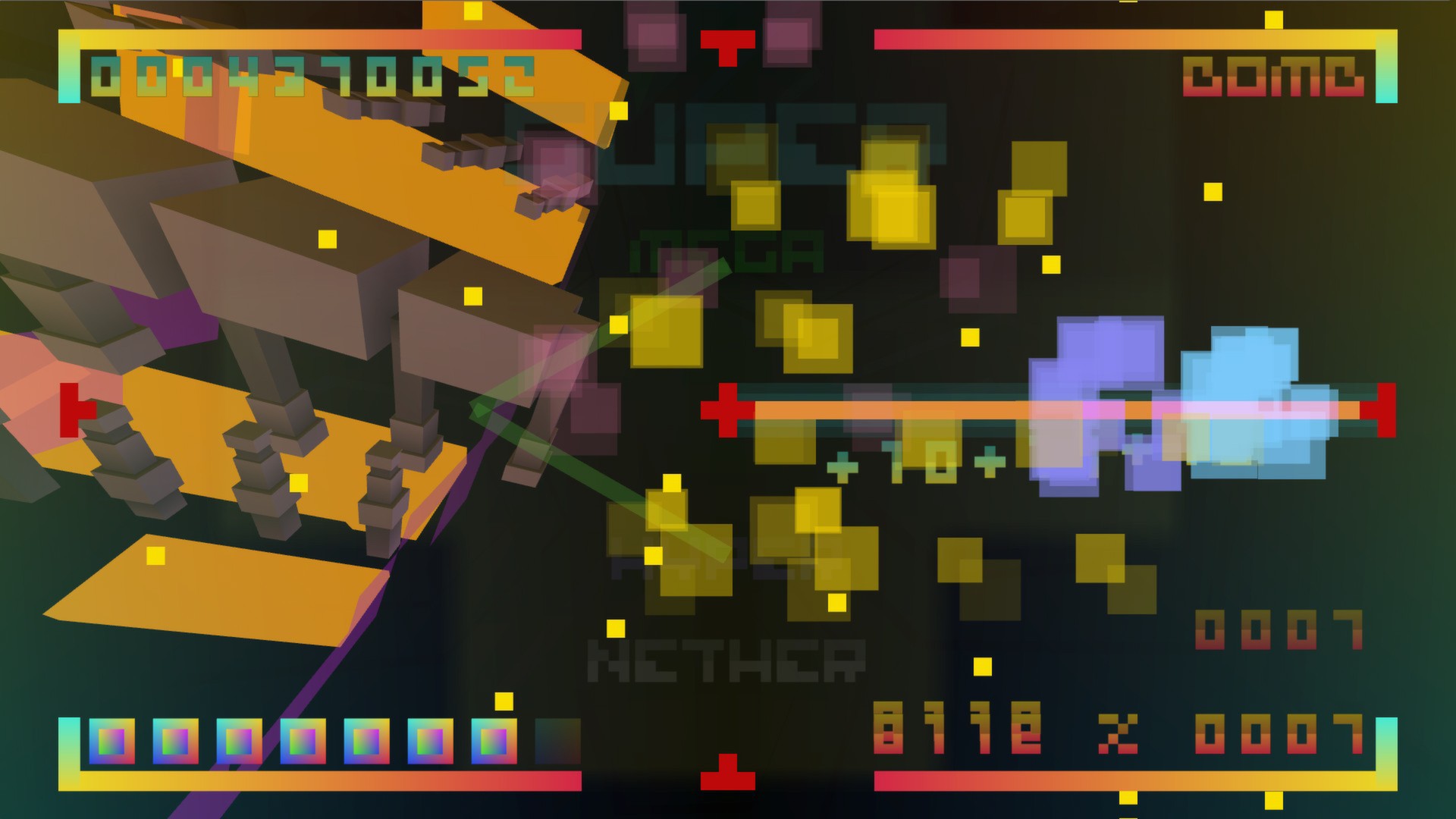 There is really not much more that can be said about the game, both due to how short and simple it is. That isn’t meant as a slight however, as it uses its simplistic controls and premise to a surprisingly complex and entertaining extent. One just wishes that the game went on for a bit longer, but for 600 Wii points it does a good job of delivering a solid amount of entertainment for what you might be able to find digging through your couch after you are done bobbing along to the music.