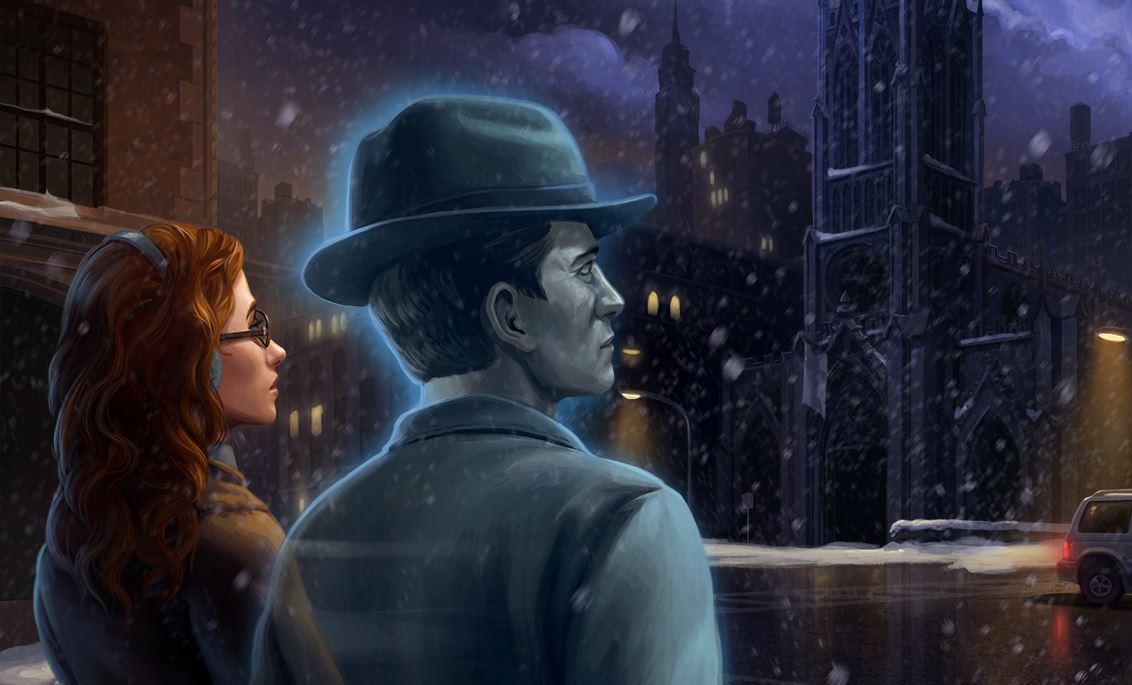 Wadjet Eye Games’ Blackwell series has developed an amazing following over the years. Since the release of The Blackwell Legacy in 2006, adventure game fans had a new point and click series to adore. They have followed it over the course of four games up to Blackwell Epiphany, the long-awaited fifth and final entry. There is a lot at stake with this game. Is it still an enjoyable experience or has it strayed too far off the path? Players should be overjoyed to know Blackwell Epiphany brings closure to the series in a very fitting way.

The story picks up as each Blackwell game does. Rosa Blackwell and her spiritual partner Joey are tasked with looking into yet another case. They explore a derelict apartment to find the ghost of a young woman who needs closure. Since Rosa and Joey specialize in helping spirits, they help her on her way. This segment isn’t tremendously long and works to both ease existing fans back into the world and introduce brand new players to the gameplay. 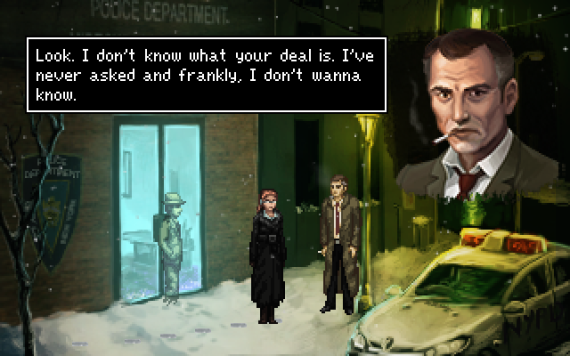 However, things don’t stay typical for long. Rosa and Joey, pleased with saving the ghost, find themselves in dangerously close proximity to a murder. Terrified, the dead man’s ghost tries to tell them something of tremendous importance. Before he can, his spiritual form is pulled in half as his screams echo through the duo’s ears. Nothing like this has happened in a Blackwell game and sets the stakes higher than ever before.

Along the way to solve this disturbing mystery the pair must also resolve the deaths of multiple other people who may or may not be connected. Unlike most other Blackwell games, this means that there are actually a great deal of spirits to save. Every character is unique and none feel like padding. It is especially rewarding to see how some characters relate to one another. Not only does the storyline work with these new threads but also brings back events from previous games in fulfilling ways. 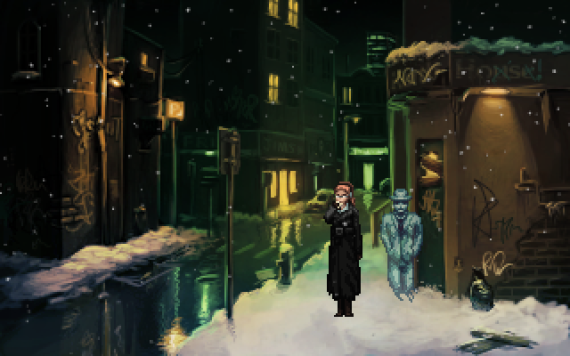 It seems amazing that the twists and turns in Blackwell Epiphany could have been decided back during the release of past series titles, but in either case they work excellently here. Players who start with Blackwell Epiphany first will be doing a disservice to themselves by not being aware of series lore. With that said, fans are in for amazingly unexpected events that help tie everything together. The previous games all worked to chip away at the mysteries surrounding the Blackwell family powers, and this doesn’t resolve everything, but you get a much better idea by the time everything is all over.

Puzzle-wise, the experience is in line with past games. This means that most puzzles are on the easier side of the point and click adventure spectrum. Usually it’s not hard to grasp what you’re intended to do next. When it is, players can always ask Joey for a hint. The hardest part can be figuring out how to do what is expected. Thanks to an inventory which is usually kept low and only a few locations to visit you can even employ random guessing to plow through any tough spots. As a suggestion, make sure to use Rosa’s cell phone from time to time as well as some information can only be discovered via her notes and browser. 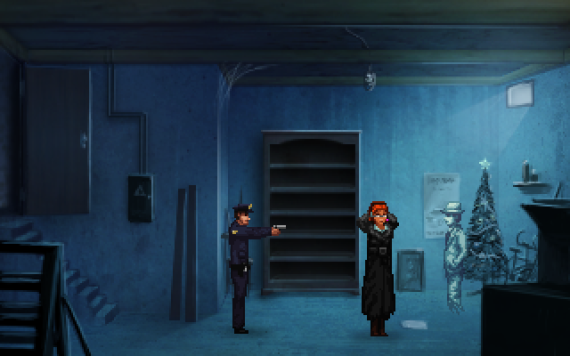 Although the storyline of previous games has had ups and downs, Blackwell Epiphany strikes a perfect balance between mystery, humor, and drama. The main disappointment comes if you ever happen to get stuck, as I did on a handful of occasions. These moments were tremendously frustrating because it kept me from continuing to watch the story unfold. Perhaps making a few bits more obvious, or giving more clues per puzzle would have helped. In any case, more seasoned adventure fans will likely consider these puzzles as pretty light fare.

As always, the pixelated artwork is lovely and reminiscent of earlier adventure games. Backdrops are all varied and conceal objects needed for puzzles alongside useless, fun flourishes. Listening to Rosa or Joey talk about random aspects of locations is often entertaining. Even though it isn’t necessary for story progression it is recommended to listen to the duo rant about their surroundings whenever possible. Both have such great personalities that it’s a shame to realize this is (presumably) their last game. 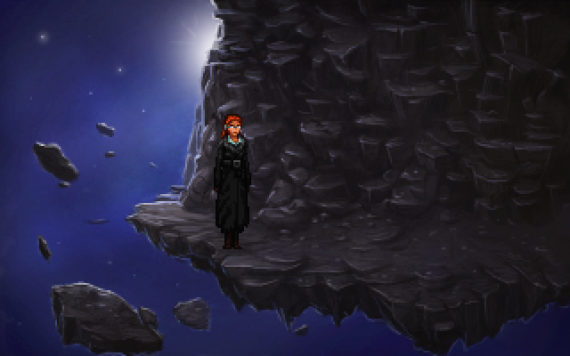 The Blackwell series has spanned eight years and as such has developed a devoted following. Blackwell Epiphany had a lot to live up to and could have easily faltered. Thankfully, the game stands strong as one of the best of the series. Rosa and Joey’s tangle with new mysteries and dangers are enormously exciting. It’s sad to see the series go but the satisfying revelations and conclusion makes Blackwell Epiphany a must play.