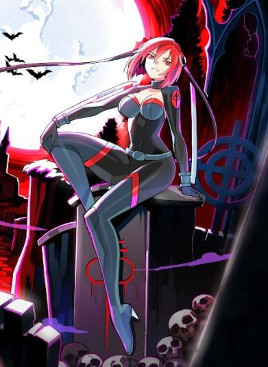 Maybe it’s personal perception, but it seems like 2021 has had an unusually high amount of remade, remastered, reimagined and re-released games. Most of these have been big name titles, ones that need no introduction due to their popularity during their initial release and are destined to be commercial successes due to the power of nostalgia. BloodRayne is not one of these franchises. There were two main titles released in the early 2000s, as well as an awful abomination of a film directed by Uwe Boll with straight-to-DVD sequels. The franchise remained dormant until a decade ago when BloodRayne Betrayal was released as a digital download budget title. This was the last we heard of the redheaded dhampir, but now she has awakened from her coffin, once again ready to feed on the blood of the living in the revamped BloodRayne Betrayal: Fresh Bites.

Titular dhampir Rayne was recruited by the vampire hunting Brimstone Society to infiltrate a castle. A castle filled with evil creatures of the night and people that wish to utilize them for what is clearly some sort of nefarious doings. The plot isn’t the main focal point of the game, but the approach of having it largely explained through background character dialogue helps the flow more than if it was overly dependent on cutscenes. Most of the plot is explained with comic book style talk bubbles, but the player can continue progressing while listening to explanation, making it feel like a classic action game.

BloodRayne Betrayal: Fresh Bites doesn’t waste any time throwing Rayne into the action. There’s a brief tutorial, but as far as those go it’s straightforward and quick letting Rayne do what she does in no time. Rayne has an variety of moves that makes her fighting a feat to behold. She swings her arm blades like a pro, occasionally decapitating her enemies. She can do combo attacks where she can fling an enemy up in the air and then launch them across the screen with a drop kick. The dash move to avoid attacks and traps is heavily used, and she wouldn’t be a proper dhampir if she couldn’t heal herself by drinking the blood of her enemies. And when crowd control gets out of hand Rayne has a powerful handgun that can knock everyone down. 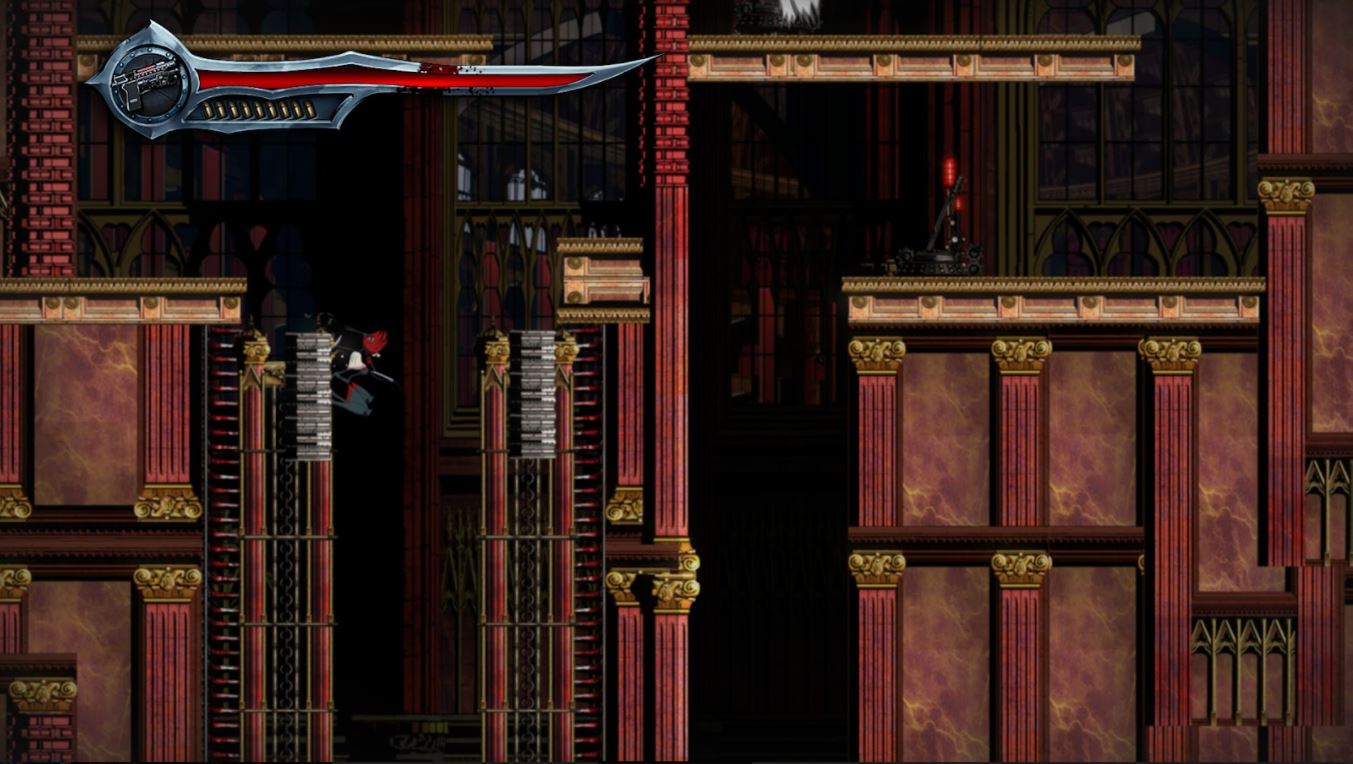 BloodRayne Betrayal: Fresh Bites is a departure from the first two BloodRayne games in that it’s a 2D action platformer. The combo-driven battle mechanics make it play like a mix between classic Castlevania with Streets of Rage influenced combat. Each chapter follows a linear path with some branching paths that lead to to secret items. Sometimes there’s a boss fight like a giant mechanical crab or disembodied giant heart. The boss designs aren’t inspired but some require some specific strategy which makes fighting them more interesting.

As previously stated BloodRayne Betrayal: Fresh Bites follows a linear story progressive. Each level is filled with traps, platforming challenges and plenty of enemies to kill. There are interesting design choices that force Rayne to dispatch enemies in certain ways to progress, such as kicking people to use as projectiles to knock down barriers. There’s no high jump button or double jump feature, so Rayne needs to depend on the air dash or the backwards somersault to traverse platforming challenges. The dash is also crucial to dodging traps so credit should be given to the level designers for creating a challenging variety of environments. 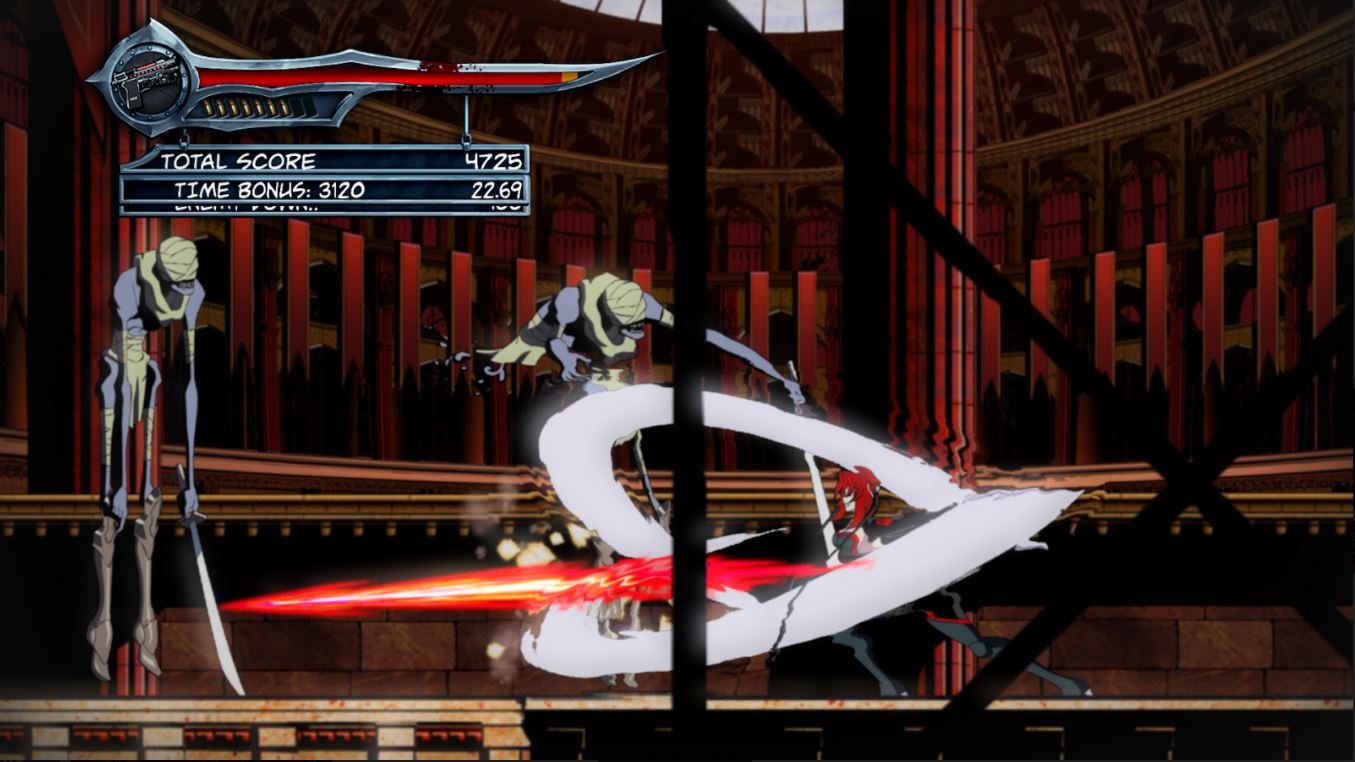 To counterbalance the good level design, the controls leave something to be desired. The combat controls are generally serviceable, even though timing attacks perfectly when the screen gets more chaotic can be tricky. The platforming aspect is where things get dicey. The small and moving platforms require a certain degree of precision to successfully land on which the loose movement controls don’t quite allow. There are challenges which could be fun such as jumping up a wall while avoiding cannon fire or flying through a spiked environment but the controls add an unnecessary layer of frustration. The level designs are such where even with tight and precise controls they would be challenging, but the imprecise control response hurts the platforming aspect.

There have been upgrades to BloodRayne Betrayal: Fresh Bites. The original version didn’t feature any voice acting which has been added for Fresh Bites, including the original voice actors Laura Bailey and Troy Baker reprising their roles as Rayne and Kagan. Patrick Seitz and Todd Haberkorn also lend their voice talents to bring other characters in the world to life. The visuals have received an HD upgrade with 4K resolution, making the game look amazing with its fluid animation. The addition of a Standard difficulty option makes things more accessible. This easier mode still offers a challenge, but it’s much more forgiving than the punishing Classic difficulty setting. 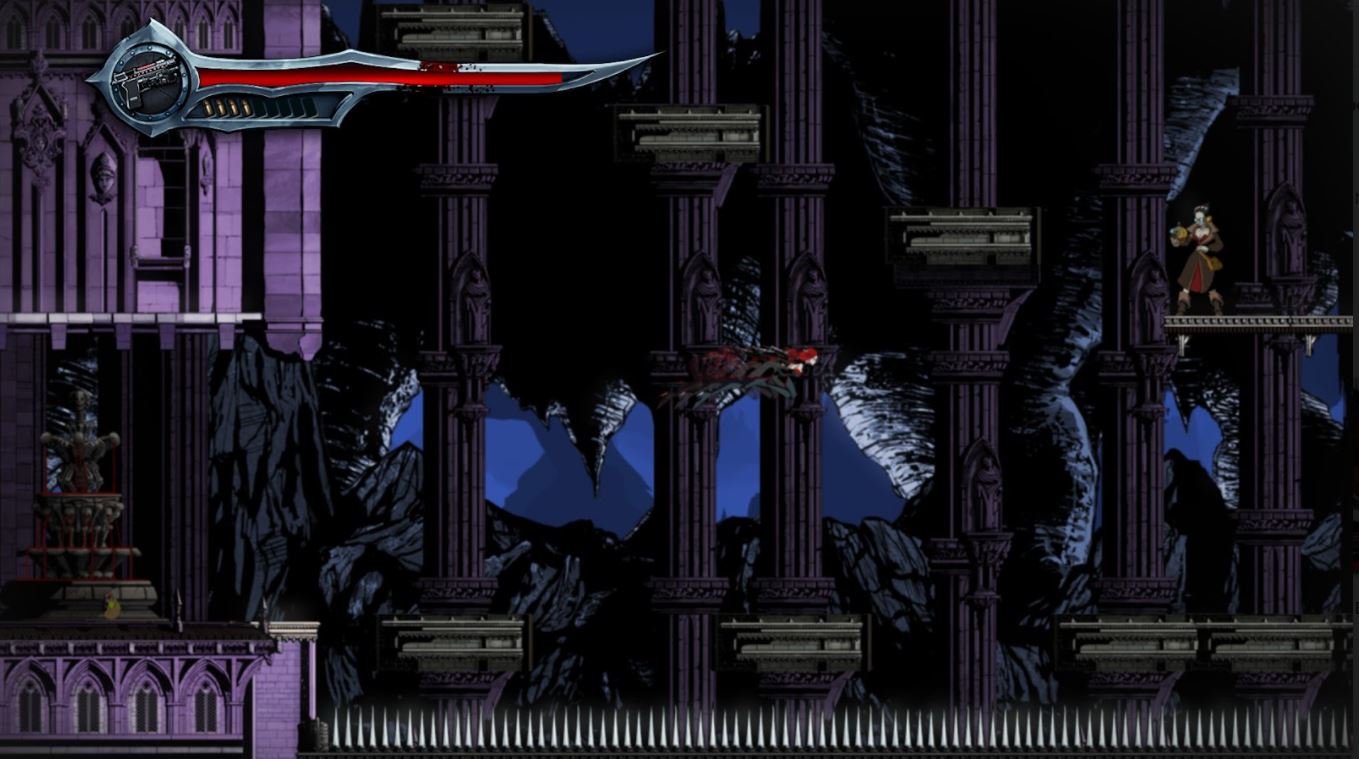 BloodRayne Betrayal: Fresh Bites features great-looking animation and creative level designs, but is hindered less-than-stellar game mechanics. No matter how good the style might be, style over substance is generally not desirable. That’s not to say there isn’t fun to be had here as BloodRayne fanatics are bound to enjoy the remastered retelling of her most recent adventure. Fans of the genre are also likely to enjoy this though some of the control issues may hamper the fun. For players looking for a good challenge that offers platforming and beat ’em up combat, Fresh Bites can be a good title to sink your teeth into if you can forgive the technical shortcomings.