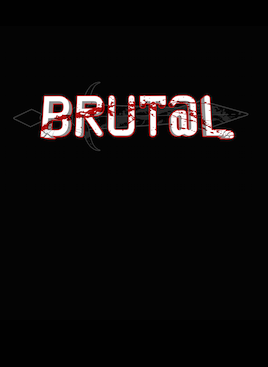 Word of mouth is so often a more effective means of promotion than any high-gloss, squeaky-clean mass marketed affair. Some of the more recent highly-acclaimed names in the last few years succeeded through positive discourse (putting it mildly) rather than high-corporate narration. Praise by way of a fellow friend or similarly-intrigued individual is one means many will [likely] trust and it’s this particular method of discovery through which I myself first heard of Brut@l, a rogue-like light-RPG with arguably one of the most distinct and most eyebrow-lofted art directions I (and a few others it would seem) have seen not just in the indie circle, but in video games generally.

There’s no exaggeration to be found or indeed desire to shy away when I say that Stormcloud Games’ visual and aesthetic direction — that of harkening to the days when everything, from dungeons to items to even characters themselves, were nothing more than ASCII characters — is one that will attract most if not all its player-base’s early attention, but is Brut@l just a mere foggy-eyed love letter to a forgone retro ideal? Or do Stormcloud manage to leap that most difficult of early pitfalls in providing a worthy investment of gameplay to accompany its intriguing visual language? Naturally, we can not simply brush aside how involuntarily “how did I not come up with that?” the art direction of Brut@l is as it’s one of the most surprisingly compelling yet charming aesthetic decisions of any game I’ve played in recent times.

Barring the occasional visual effects and a few geometric outlines, everything in Brut@l is comprised entirely from ASCII-based symbols and characters — gelling it wonderfully into a crisp, clear and bold array of both static and non-static attire. Yet this design comes through far more productively — and enjoyably moreso — when they serve as the basis for many of the game’s means of interaction, offensively or otherwise. Be it the way objects and even enemies break apart into a scattering of letters, the humble presence of “~” symbols denoting water (despite there actually being physical, fluid water before you), even the screen furniture’s intentionally simplistic design via the UI and the in-game menu’s, while the game’s monochromatic, black-and-white, procedurally-generated World of endless dungeon-crawling and steadily-built levelling up is taken up by this direction, it isn’t crippled by this very strict emphasis. If anything, it benefits from it — inducing many a smile on the way. 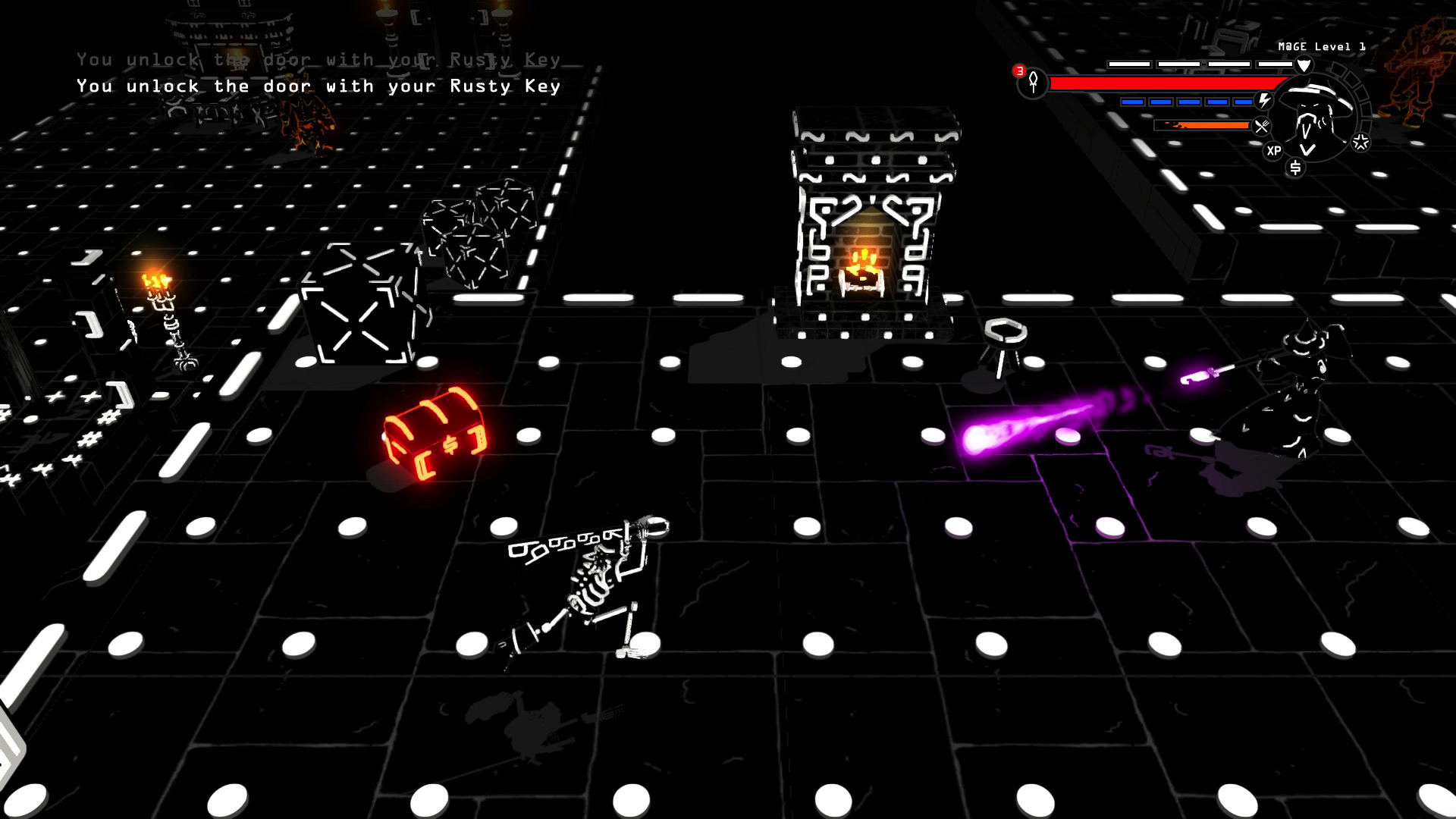 As far as gameplay goes, Brut@l is certainly not the most complex or indeed heavily statistical of levelling-up RPG’s. At the start of every quest, you have the choice to play as one of four character types: Ranger, Mage, Warrior or Amazon. Aside from a few starting stats and differently-ordered perks one can acquire on levelling up, the differences between classes feel subtly minimal, if at all existent. Combating enemies and methods for gaining stronger may feel limiting at first — especially when combat is confined to mere button-mashing — and the lack of any real tactical necessity in combating enemies apart from “don’t get hit” does limit the risk on show. But Brut@l is structured around a more upbeat and quicker-paced of discovery and exploration. The fact that nearly every bit of inanimate furniture spawns XP, while may feel like a chore — especially when the only real incentive aside from finding the end-goal is unlocking new abilities — it’s this scavenging of points and too the valuable nature of resources such as food, that adds a fitting counter to its far-than-complex combat mechanics and often speed-savvy style of play.

Further to that, there’s a certain warranted level of anticipation and indeed peril to unravel when coming across the next unexplored or unrevealed room and what it may look like and indeed possess (beneficially and menacingly alike). Especially in later depths of a dungeon when the amount of edible items — which serve to satisfy the game’s equivalent to a stamina bar of sorts — become scarcer and enemy types vary from kamikaze-like, exploding grunts to magic wielders to even enemies that can steal the very weapons you unlock throughout your dungeon-venturing. In that sense, Brut@l’s cleverly seductive pull is in its very procedural nature. It’s a smart and thus sufficiently fresh approach to rogue-like gameplay and one that lives and dies by its players’ ambition and need to get as far as they possibly can. Because of this, it makes even the more erratic (if admittedly shallow) combat in parts feel less cumbersome than what it may initially appear.

Aside from loot — which serves real no purpose outside of gambling for extra lives, which in itself comes off more like random luck than necessarily accomplishing a set target — items come in three main and distinct categories. There’s the previously mentioned food, which help replenish health and hunger/stamina. Then there are weapons, which first must be forged by combining required ASCII characters (which can be found scattered throughout dungeon floors) and can then later be enchanted with magical properties by multi-colored variants on the formerly white-toned ASCII characters (also uncovered on your travels). These weapons range from blades to heavy-hitting clubs to bows and while some of these weapons — even after forging — may still not be usable by select character builds based on their current stats, like the characters themselves, weapons offer little deviation from one another meaning players will rarely feel cheated or unfairly punished for choosing a particular build. 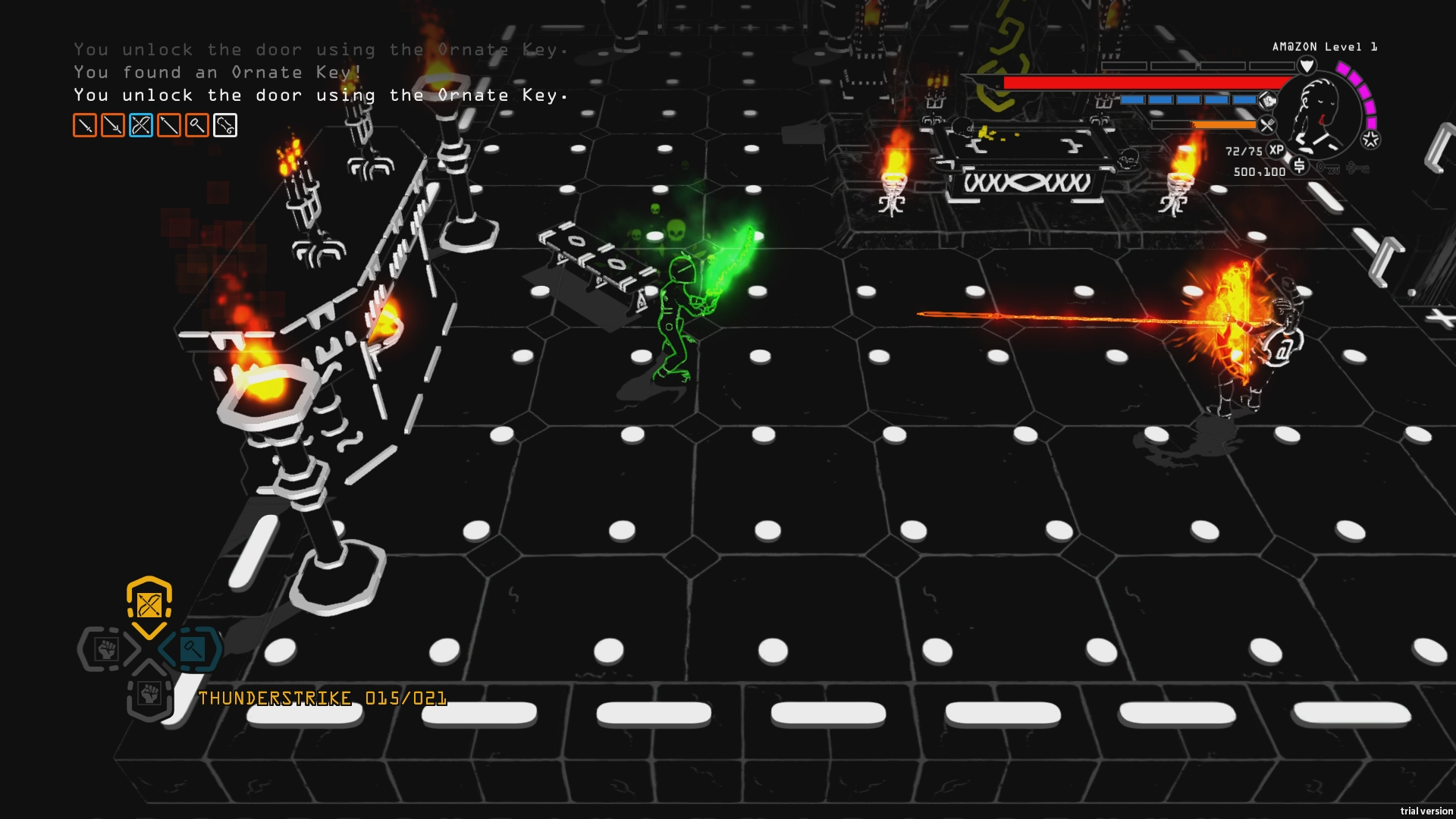 Lastly in the item category, there are potions, which serve as one of the more risk-focused and interesting elements of Brut@l. Potions are divided into eight varieties which range from personally beneficial (health, temporary invincibility) to potentially lethal (poison, inducing rage, blindness which causes a limited field of view). The catch though is that you can either use these potions on yourself — of which there’s a helpful cancel command if you accidentally choose to do so — or use them as a possible weapon on nearby enemies. Second catch: what a certain color or potion might represent in one playthrough will then be randomly assigned to another colored potion in the next one and until that potion is used, its properties will remain unknown. It’s a clever risk:reward system to consider and while is a concept that reflects well on Brut@l’s generative nature, sadly isn’t matched by any other real components mid-game.

Brut@l is certainly not without its technical draws and while the difficulty can be described using the game’s very title at its most enduring moments, it’s always preferable when accomplishment can be proved through player skill as opposed to sheer exploitation of some wonky and dodgy AI. Be this standing in the middle of a platform surrounded by water — enemies mindlessly scampering about the perimeter until they’re eventually picked off — or the ease at which one can use the dodge-roll mechanic to leave enemies in a perpetual state of confusion. Other minor gripes include the platforming segments that require you to jump over broken paths — the inability at times to perceive the correct depth/distance due to the camera’s static position meaning players may likely die due to such restrictive views. 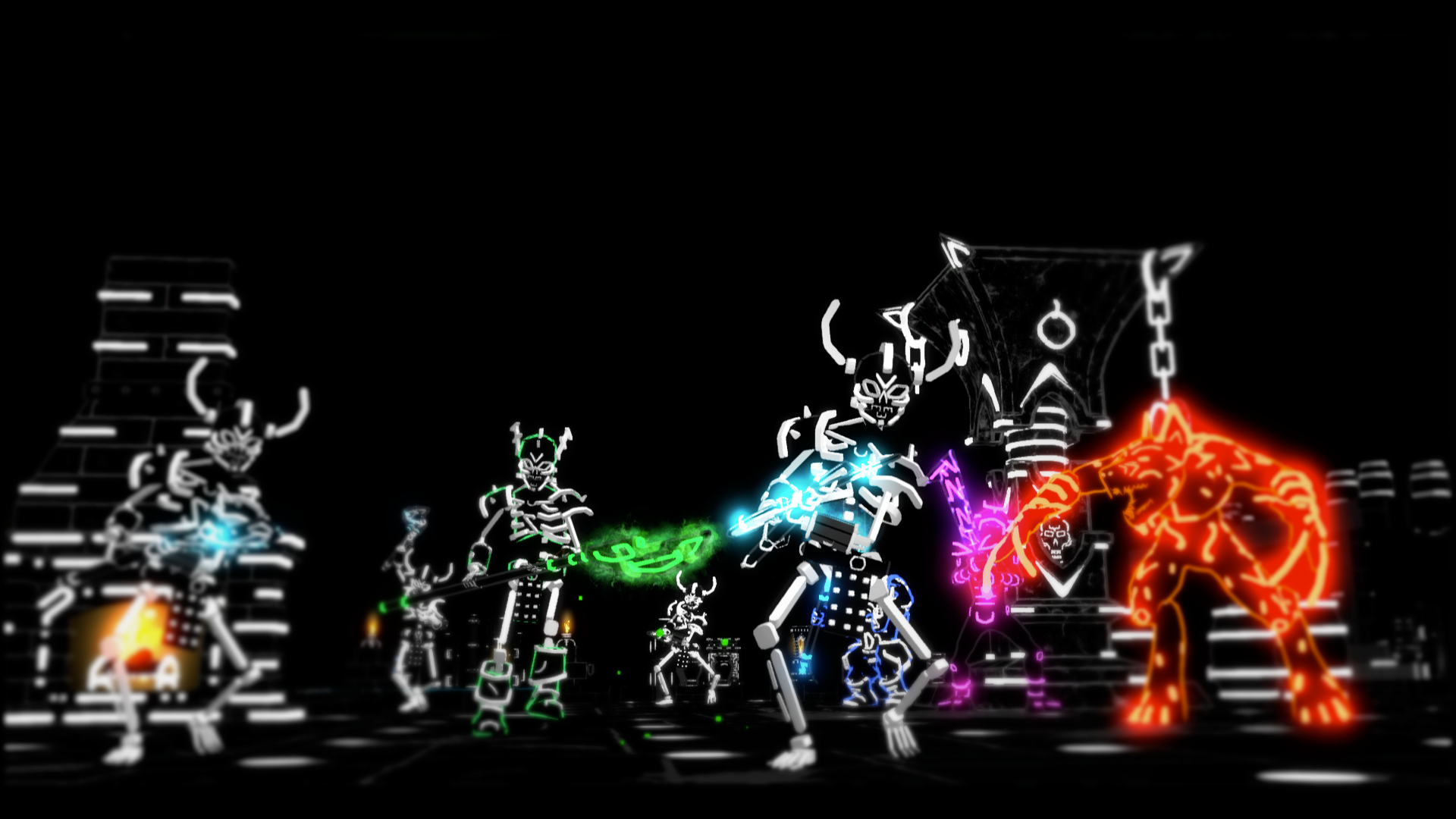 People can argue the merit and worth of roguelikes until the sun goes down, but while they’re not the most assorted or varied of role-playing experiences, what makes Brut@l work is the very procedural nature of its design. An experience housing enough content to validate repeated play-throughs, Brut@l — despite its stripped approach to crafting and indeed to leveling-up — manages enough in its generative structure to add a distinct level of spice to make even the most minimal-looking of scenarios feel both exciting and enticing. And all of this, with one of the year’s most unique art directions, makes Brut@l one of the better examples of that most contemporary of branded identities that is “procedurally generated”.