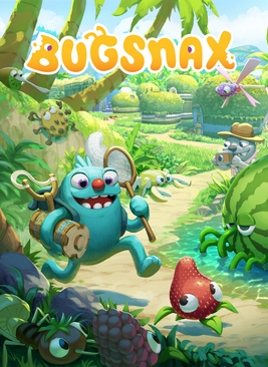 If there was one entirely new surprise reveal this year everyone was talking about, it was Bugsnax. This bizarre title caught people off guard for being surreal and confusing. The trailers didn’t explain much in regards to gameplay and left people curious what the heck was going on in Bugsnax, a world where muppet-looking creatures eat food animals and suddenly appear on their limbs. Does Bugsnax live up to its bizarre reputation or is it just an odd amalgamation that doesn’t work out?

Bugsnax is a surprisingly story-focused title which focuses on a nameless news journalist who receives a tape revealing the mysterious Snaktooth island. They’re told by Elizabert to come check it out and interview those living there about the unique island they have. Upon making their way to the island, however, the journalist is struck by an unknown flying creature and sent falling down to the island. After pulling themselves together they explore until they find a passed out Grump by the name of Filbo. Supplying Filbo with the food he so desperately needs brings him back alive where he explains Elizabert has gone mission and the main inhabitants have split off across the island. With the help of the reporter, they plan to bring everyone back together and hope to find what happened to Elizabert.

At its core Bugsnax is an adventure puzzle-solving title from its most basic aspect to the overarching story. Catching the bizarre half-bug half-food creatures known as Bugsnax is generally the main goal in order to progress the story, with the player completing quests for the many characters they meet in order to bring them back to town. At the beginning the only way to capture them is through the use of a rather simple trap which can be set down and used to trap any Bugsnax that wanders by it. Quickly, however, it’s shown that not all of them will be so easy to capture as many are too large or too smart to be trapped under normal circumstances. Using a variety of tools gained throughout the adventure, new ways to capture Bugsnax come into play and with 100 different kinds to collect it will take a while to figure out how to snag them all. Captured Bugsnax can be fed to the willing recipients who in turn will have a body part of theirs transformed into that said creation. This doesn’t have a huge impact on the gameplay overall, but it can be fun to experiment by feeding them all sorts of crazy things. 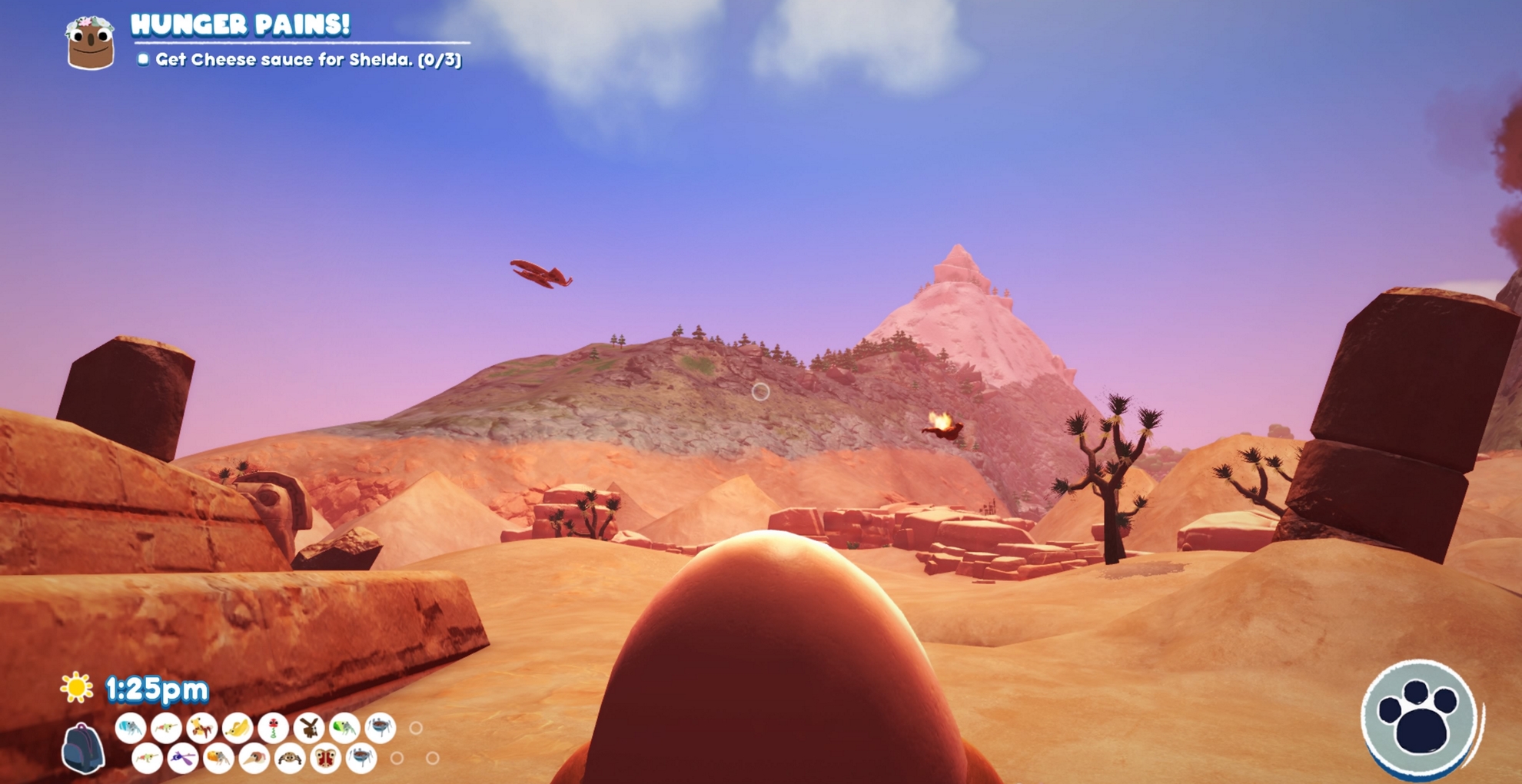 Outside of simply catching Bugsnax there are a few different ways to engage with them. The first and most simple is through photography. As a journalist, the playable protagonist is able to take pictures of their surroundings from all the Bugsnax to many of their surroundings to gain a better understanding. Taking photos of the Bugsnax themselves unveils ways to help catch them such as things they like and dislike or what they’re weak to. Certain photography items will also help locate when to find Bugsnax, as some may only appear at night or during certain kinds of random weather. Checking around for things to photograph is integral in order to figure out more of the mystery to Snaktooth island. The many Grumpuses that live in Snaxburg will periodically ask for help from the journalist, with most of these quests being completely optional but offering a good bit of character development. Their quests usually require certain Bugsnax be caught, for eating or otherwise, but will also be key to unlocking certain areas along the way that can’t be gotten into otherwise.

The art style of Bugsnax is cartoonish, where the main Grumpuses look a bit like muppets until they’ve begun to change from eating the many creatures they’re fed. Each Bugsnax creature is named and themed after bug and food related puns which in turn says a lot about what to expect from the dialogue overall. Surprisingly, though, it never gets old and the names continue to get chuckles upon discovering each new Bugsnax in the next area. There are occasional frame drops at times but nothing painfully detrimental to playing. Load times can at times be lengthy, especially when traversing through multiple areas in succession as is often required. It would be nice if later on there was a fast travel to areas that are further, but for the most part it’s not terrible going between areas. 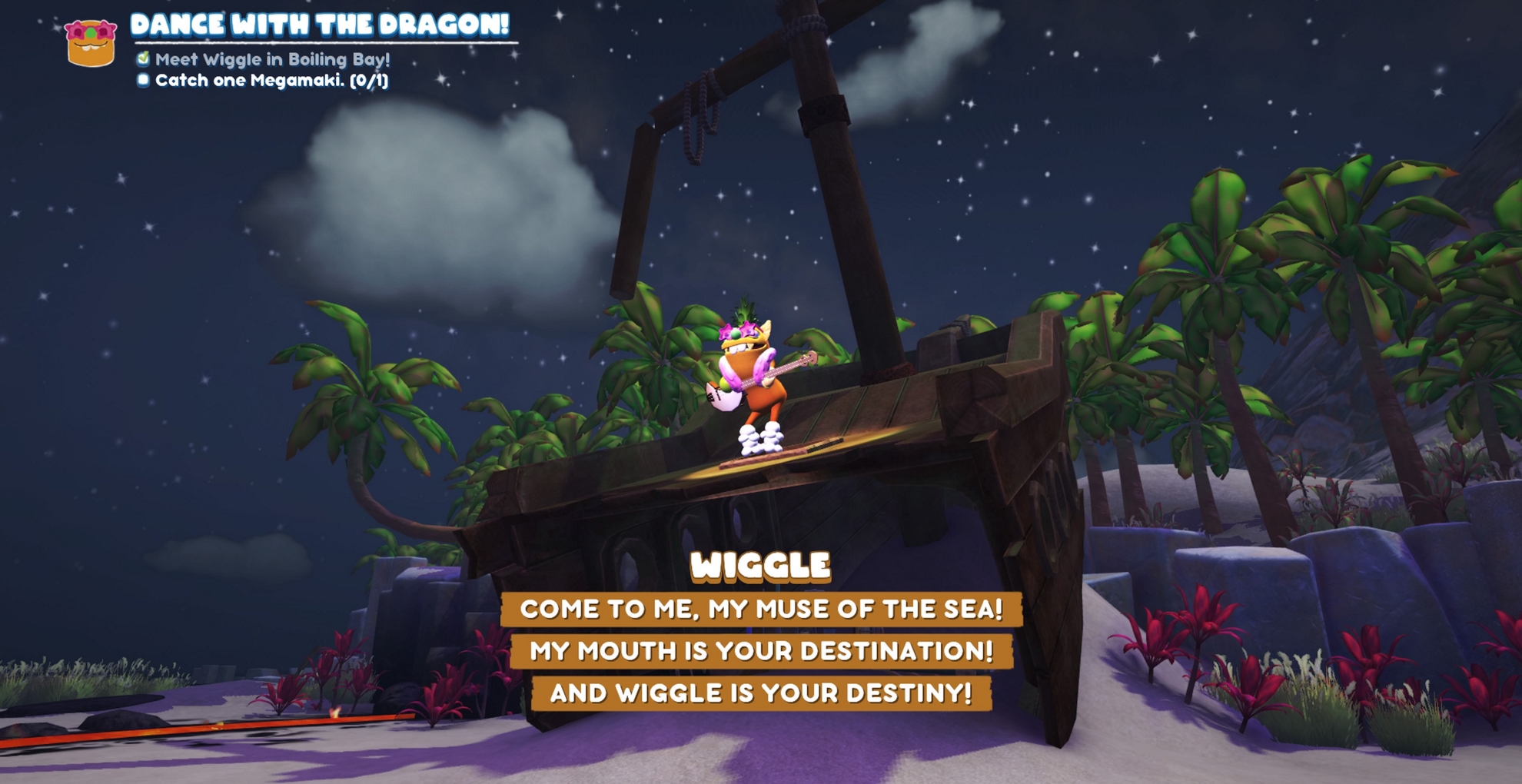 Bugsnax is a relatively short title, taking roughly around ten hours or so to finish depending on if players go for full completion or not. Despite this, it contains a wonderful and charming story with the puzzles being so wildly creative it makes it fun to find and collect the many different Bugsnax. The dialogue is funny while also managing to stay mysterious and the visuals are delightfully colorful with every character staying memorable and fun to explore further through their quest lines. It’s hard to put into exact words the type of title Bugsnax truly is, but at the end of the day it’s really all about Bugsnax and the unique journey they end up creating around them.