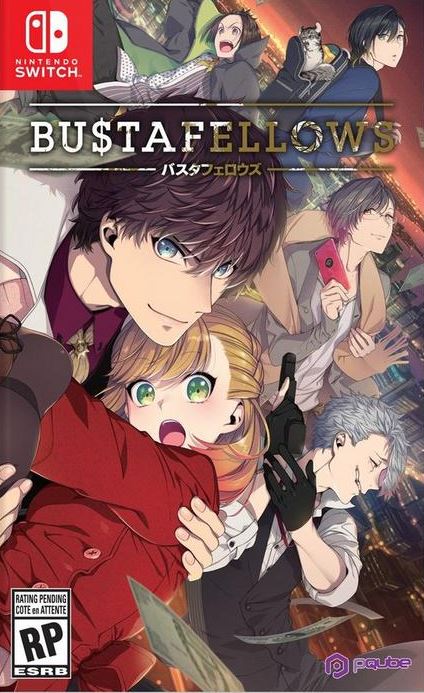 The world of English otome visual novels is not nearly as expansive as it should be. It was only a few years ago in 2012 when Hakuoki: Demon of the Fleeting Blossom released on PSP and introduced the genre officially to gamers. Since then, Aksys Games have continued to dominate the otome localization space with a few other companies testing the waters infrequently. BUSTAFELLOWS is a beloved Japanese title and it was initially unclear if it would release in English, but then the announcement arrived that PQube were localizing it. It can be scary whenever a company jumps into an established space, but fortunately this release is solid and earns PQube a spot in the otome localization world.

Why was BUSTAFELLOWS such a desirable release for the otome community? Simple, it features an excellent storyline with a memorable cast of characters. The game takes place in the fictional (but New York or Chicago-styled) city of New Sieg. Things start off with a bang when the protagonist Teuta sees a man shot to death right in front of her. A normal person might call 911 or run away screaming, but Teuta is not an everyday citizen. She has a power that allows her to go back in time — with a few caveats. She can’t go back far and also possesses someone else’s body when she returns to the past.

As you might expect, this ability — while unbelievable — is restrictive. For example, how can you convince people that you have knowledge of the future when you inhabit the body of some random person they’ve never met before? This is just the start of BUSTAFELLOWS and the crimes and high-stakes drama continue throughout each chapter of the game. Of course, given this is an otome title, there’s also an increasingly romantic bent as you get to know the various men. The guys in question are all members of an underground criminal organization, which makes them especially appealing and dangerous. 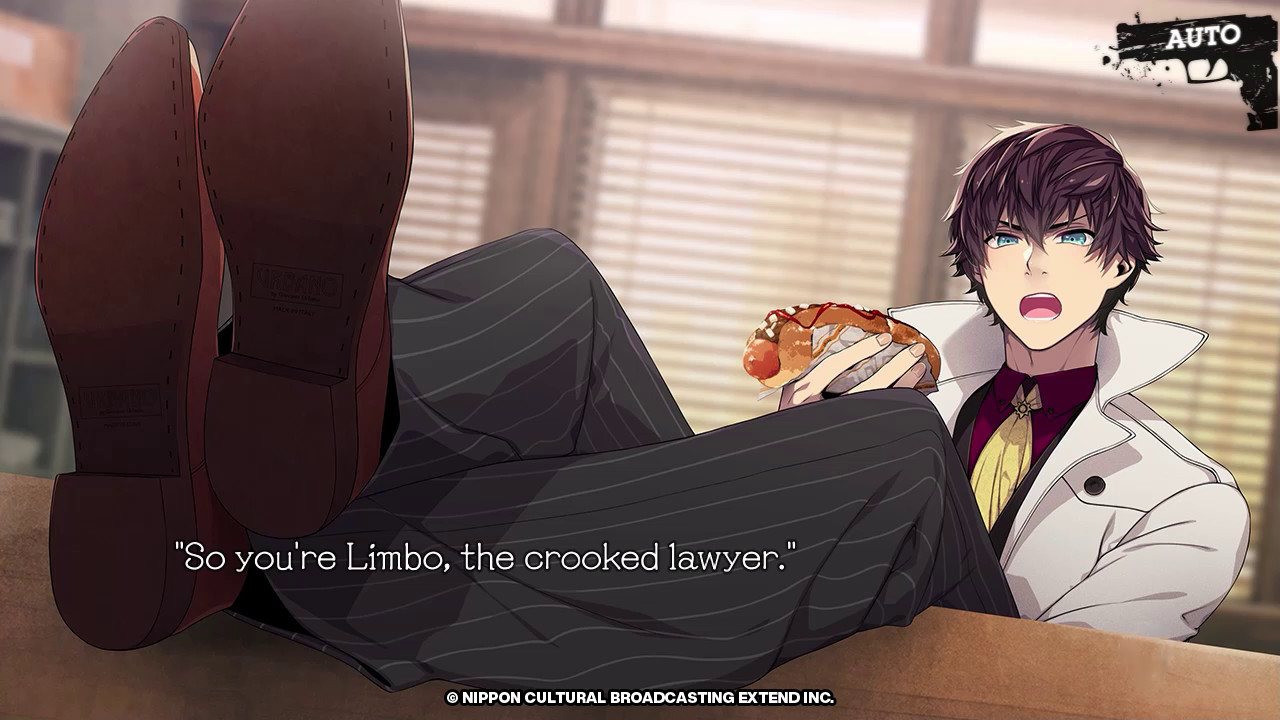 Each character is a great deal of fun and fully fleshed out. Protagonist Teuta is a journalist and loves to pursue good stories. Limbo is a hilariously-crooked lawyer (his business card reads 1-800-NO-GUILT for crying out loud) that’s hard to dislike. Plastic surgeon Helvetica has a real flirtatious style which comes across as playful rather than insulting. Mozu performs autopsies and at first seems morose, but there’s a lot he brings to the table. The boss of the organization, Scarecrow, talks a big game but is a total dweeb despite running the show. Even a hitman like Shu is surprisingly likeable. Suffice it to say, players will be in for a heck of a time whichever route they take.

As far as routes are concerned, there are five main routes in BUSTAFELLOWS — one for each male lead, followed by a finale. Each route also features forks which will send players toward a good ending or multiple bad endings. Each of these routes can be done in any order and each is accessed based on decisions made during the common route. The game features a variety of dialogue choices throughout, some of which are timed. Timed choices pop up options with a timer counting down in the middle. Interestingly, not selecting a choice is itself an option. The only downside is that the game does not let you save while any choice is on screen. It would make sense if players couldn’t save during the timed sequences, but why not enable saving on regular choices? That’s something commonly allowed in other visual novels. 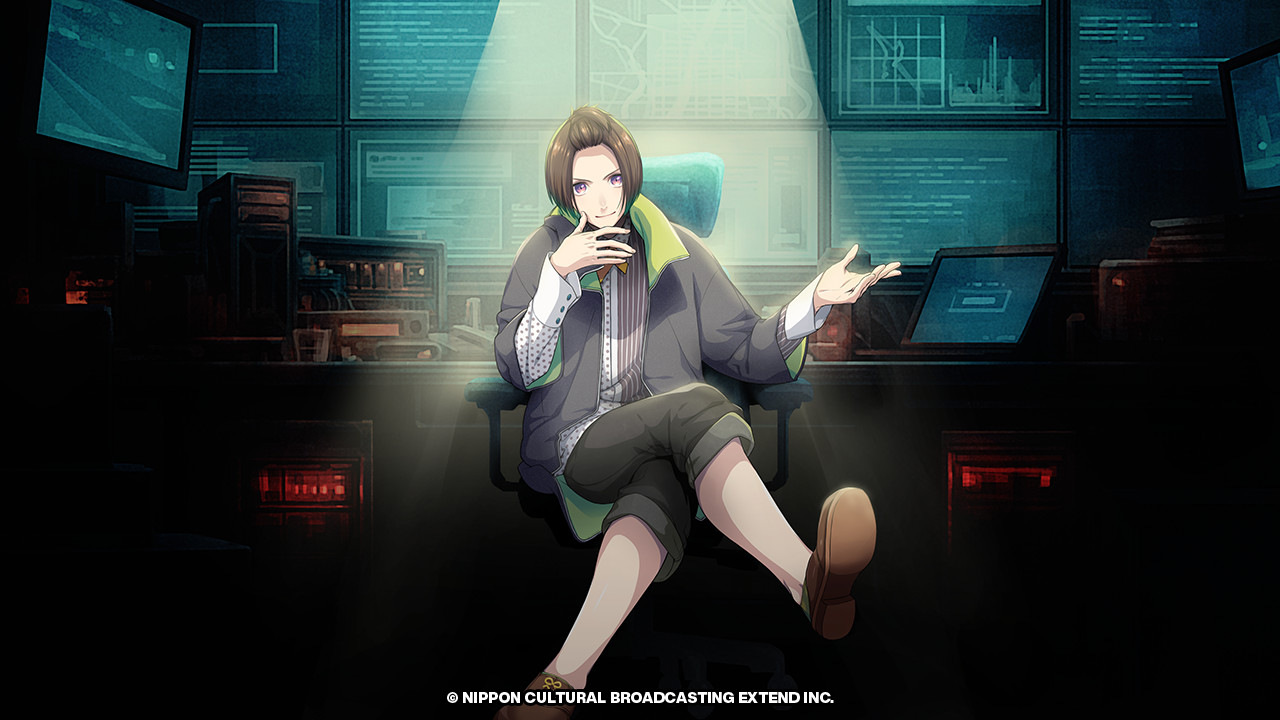 The production value in BUSTAFELLOWS is extremely high. Not only does the game contain a cast of well-known Japanese voice actors, but their performances are spot on. Each one helps to get players fully invested in the story. Even side characters tend to feature voice acting, which isn’t always the case with visual novels. The music and artwork is similarly high quality, with an especially awesome opening track. The sprites and CGs pop with color, style and professionalism. Characters provide a wide variety of expressions and again it adds to the immersion. Set the game on auto and it’s close to watching an anime series.

Whenever a company jumps into the otome publishing space fans can’t help but wonder how the localization will be handled. Fans are already aware of how Aksys Games does it, and as a result, are anxious about new entrants. PQube fortunately hit this one out of the park. The writing flows well in English, never sounding like a stilted translation. There’s a ton of great humor and references that work perfectly. Characters each have their own voice with a consistent overall localization effort throughout the length of the story. Unlike some other recent releases in the otome sphere, there are not a constant stream of typos and strange text/UI bugs. This is how an otome game localization should be treated — with all the care and respect it deserves. 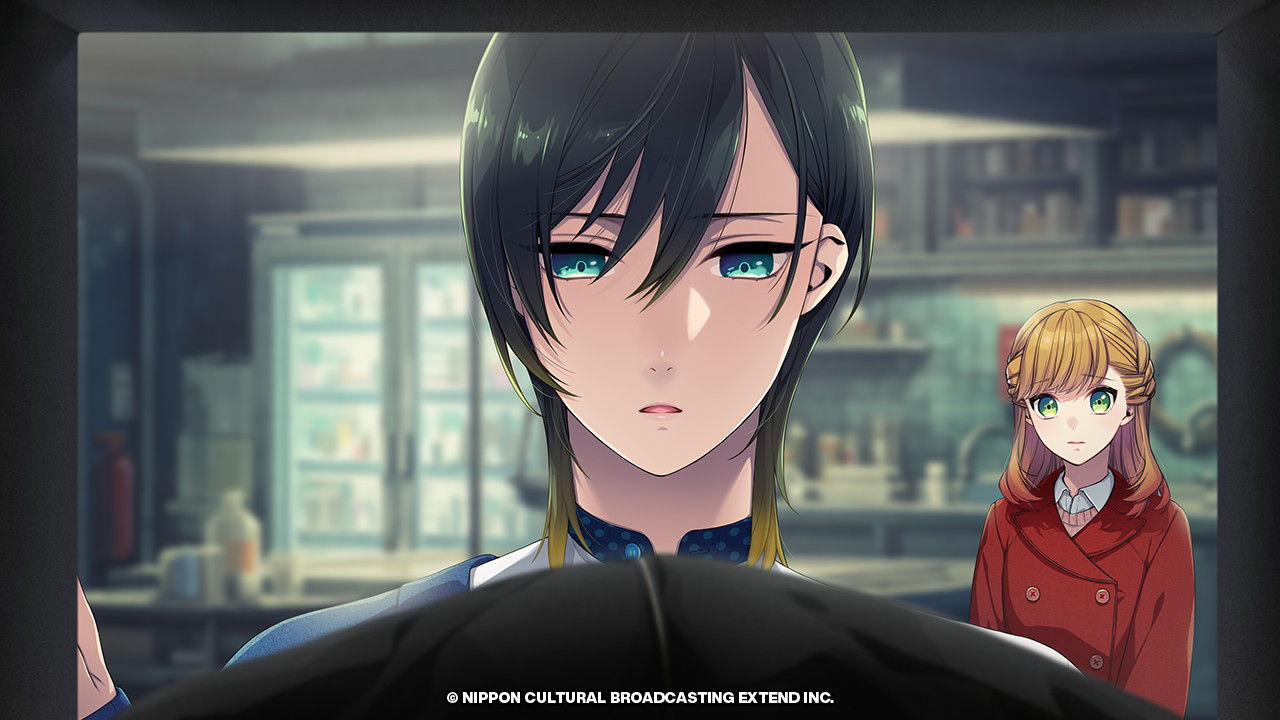 With so much to love about BUSTAFELLOWS, it’s an easy recommendation for all otome visual novel fans. It’s not perfect; the inability to save at dialogue choices is annoying for completionists, but that’s a small complaint in the grand scheme of things. Excellent characters, storytelling, localization, voice acting, art and more make this one of the best releases this year. Here’s hoping BUSTAFELLOWS is just the start of PQube’s otome localization career. Give it a look if you want a taste of the criminal underworld alongside delectable romance.