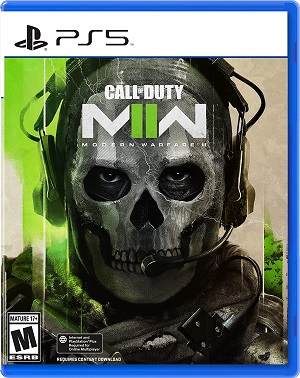 What really hurts the story and characters is how much time it spends sitting in Call of Duty: Modern Warfare 2’s shadow. Numerous plot twists and story beats are replicated from the 2009 title, robbing this story of any tension. The story also goes out of its way to sideline 2019’s better characters, like Farah and Alex, for uninteresting new takes on Soap and Ghost. Even poor Captain Price and Gaz feel underutilized. That’s not to say the campaign doesn’t have its moments. The beautifully-rendered cutscenes are a marvel to look at, even if the story they’re conveying lacks tension or drama. While the reintroduction of classic characters is surprisingly dull, newcomers Alejandro Vargas (Alain Mesa), Valeria Garza (Maria Elisa Camargo) and Phillip Graves (Warren Kole) add a layer of charisma missing from the rest of the cast. Finally, the few missions that feel like proper Call of Duty are thoroughly enjoyable. 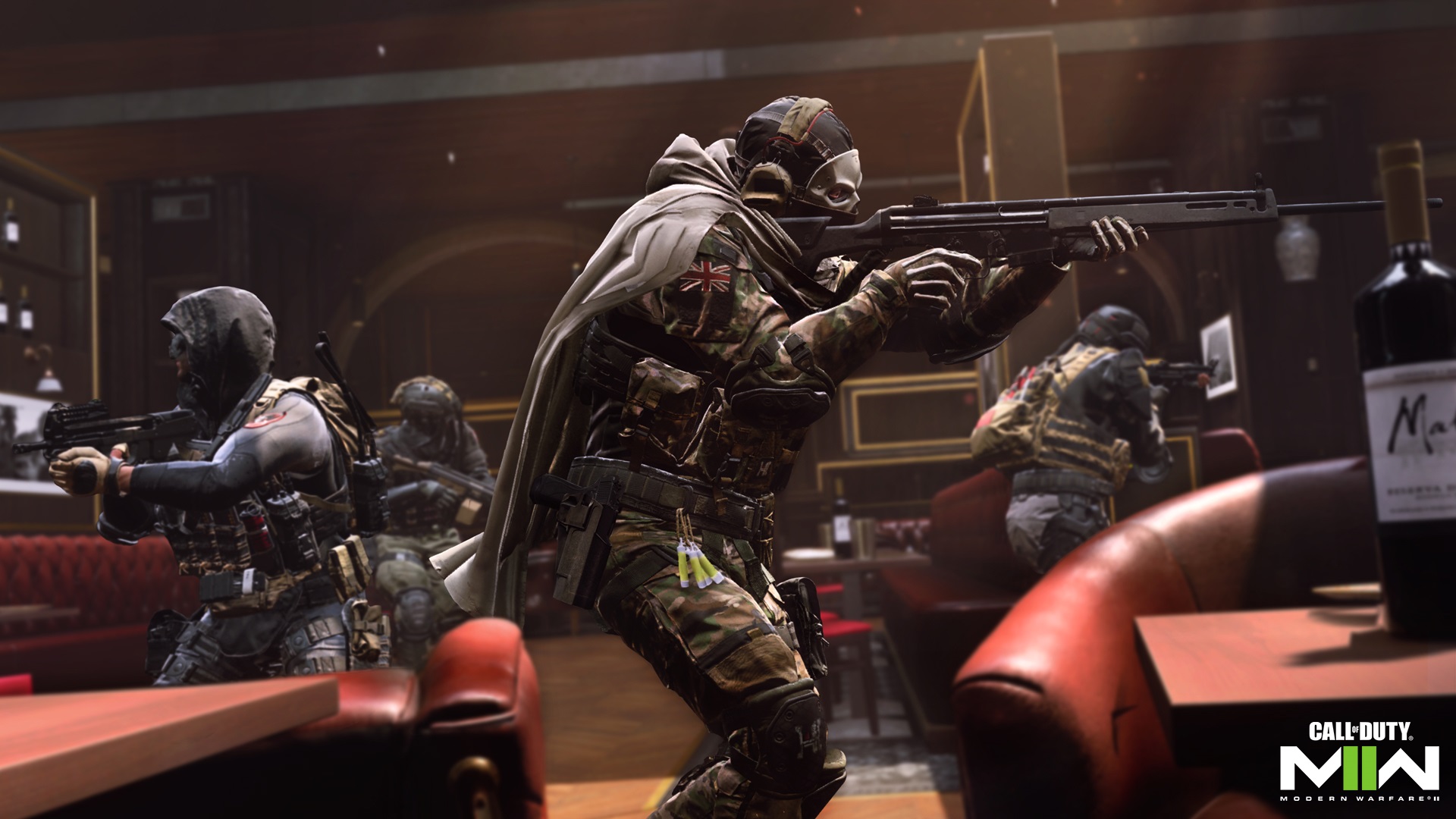 The shadow of the past extends beyond just the storytelling. Many missions are outright copies of key moments from Call of Duty 4 and Modern Warfare 2, just worse. All Ghillied Up, Death From Above, and The Only Easy Day….Was Yesterday all find their way into Modern Warfare II, but are stretched out for far too long. Pacing is a rather significant problem within the campaign. Most missions outstay their welcome, particularly the levels that don’t feel like they belong in a Call of Duty title. For example, there’s a car chase pulled from Uncharted, an infiltration mission from Hitman and a guiding mission utilizing cameras from Watch Dogs. These aren’t terrible missions taken on their own, but they go on way too long. No doubt the worst mission, however, is an hour stealth level filled with what we assume are DMZ mechanics. Not only is Call of Duty not correctly set up to be a stealth game, but the introduction of armored enemies ensures immediate death upon being detected and maximum frustration. It’s almost as if most of these missions didn’t want to be in a Call of Duty title but had to showcase Warzone and DMZ mechanics.

Call of Duty: Modern Warfare II’s campaign is the weak link of the package. Thankfully, its co-op and multiplayer modes fare better, but it must be stressed that Call of Duty: Modern Warfare II feels incomplete. Numerous staple features like the Combat Record, Hardcore game mode, leaderboards, challenges and camo challenge tracking are missing, with no sign of when they might return. The game is also unstable on both PS5 and PC. During our testing from launch till publication, we registered 22 crashes across both machines, an abysmal showing for a AAA game.

That said, the multiplayer is still that classic Call of Duty experience done the Infinity Ward way. That means meaty and raw gunplay that packs a punch, heavier movement and a more realistic take on weapons and environments. In that respect, Call of Duty: Modern Warfare II is extremely fun to play, and multiplayer can be a blast, thanks to Infinity Ward learning from some of its mistakes the last time around. 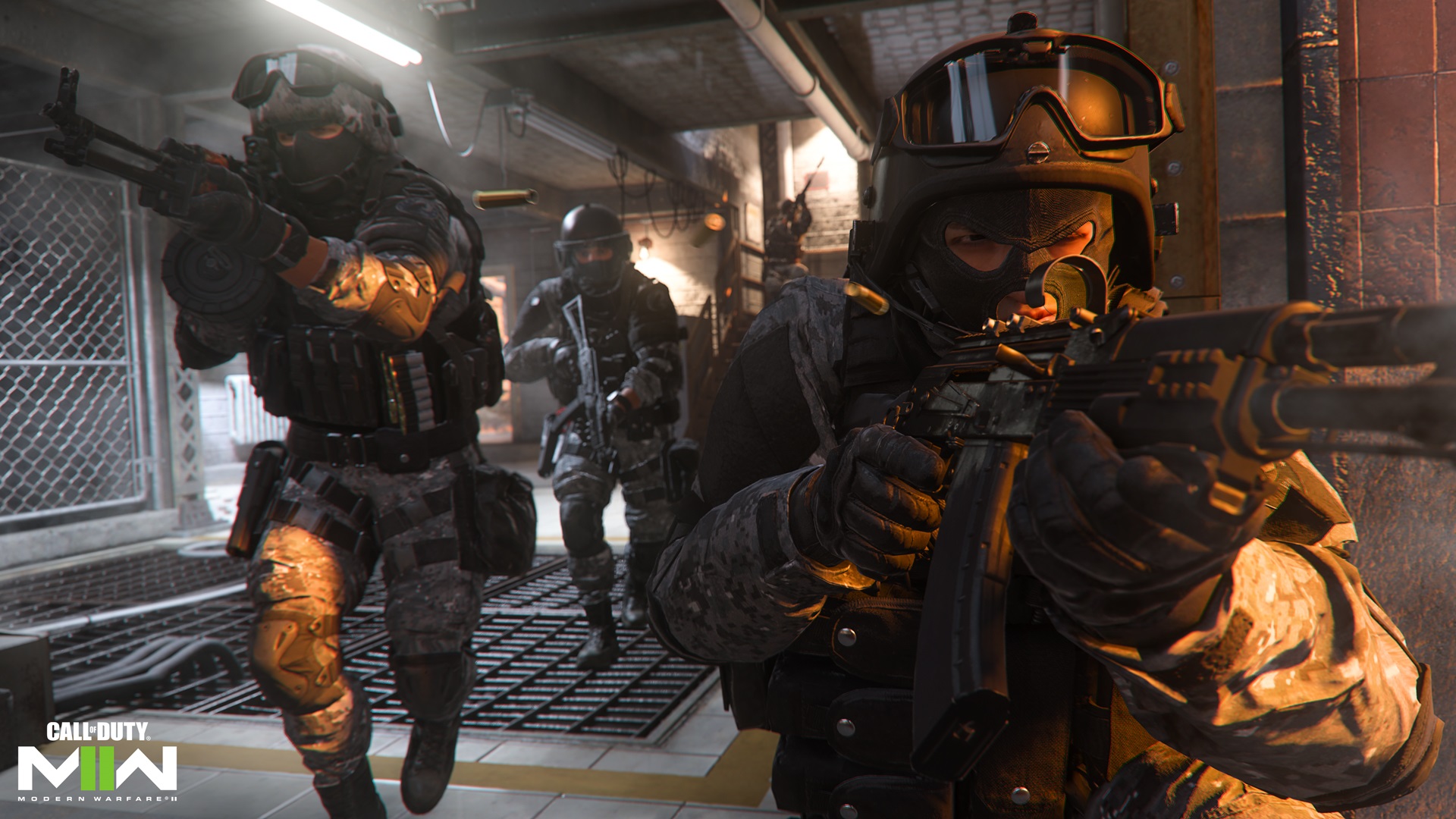 Most importantly, there are more maps this time around, and they mostly feature three-lane designs. Ten maps are a letdown after Vanguard’s sixteen launch maps, especially since two (Santa Sena Border Crossing and Al Bagra Fortress) are awful. Furthermore, all the maps are let down by a terrible spawn system that’s more likely to kill you than spawn you safely (a lesson Sledgehammer learned quickly before reverting to Black Ops Cold War’s traditional spawn system). Still, this is a vast improvement over Modern Warfare (2019) ‘s low map count.

The appropriate game modes are here, including Team Deathmatch, Kill Confirmed, Domination and Search & Destroy, among others. Infinity Ward’s take on big game modes, Ground War, triumphantly makes a comeback alongside a new Team Deathmatch variant, Invasion. These are both fun distractions from the typical 6v6 mayhem. What’s not so fun are the new forgettable one-life modes, Prisoner Rescue and Knockout. Unfortunately, Call of Duty tends to spend resources building out game modes that are quickly forgotten while forgetting to include the classics. Instead, it would have been better to see the return of classics like Control, Gun Game, Patrol or Capture the Flag.

Spec Ops also returns, though significantly different from any iteration before. In it, you and a teammate drop into areas of the Warzone 2.0 map to complete objectives any way you see fit. The game ships with three Spec Ops missions, and though they aren’t the bite-sized action-packed missions that players remember, these are surprisingly fun additions to the game. It’s also nice that you can level up weapons while playing this mode. 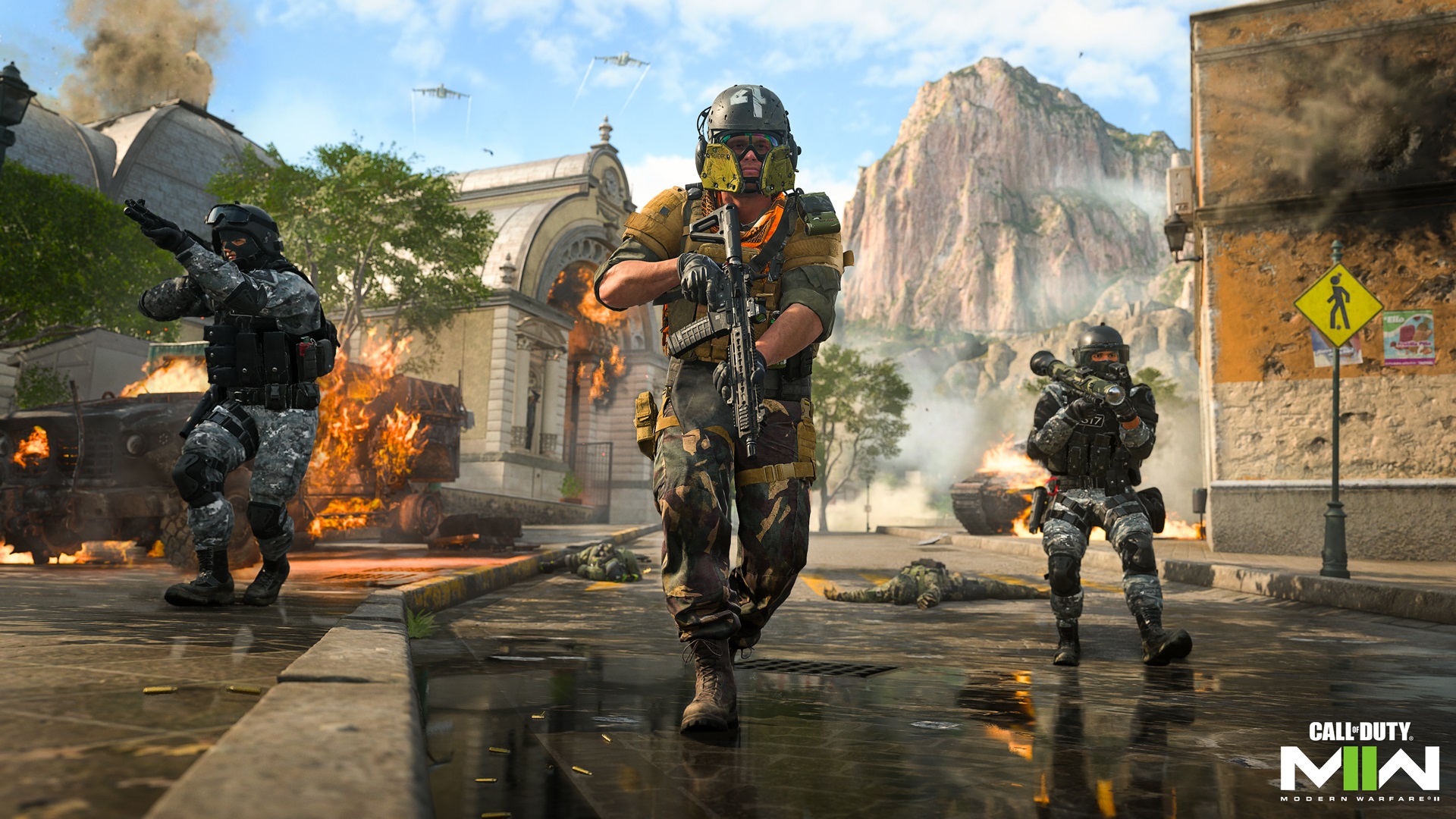 Customization is the most prominent change shipping with Call of Duty: Modern Warfare II. While Gunsmith remains the same, the introduction of ‘Receivers’ ultimately changes how various weapons are unlocked. Essentially, some weapons aren’t unlocked by ranking up your base level, but rather by leveling up specific guns. So, for example, to get this game’s version of the MP5 (Lachmann Sub), you first need to level up the Battle Rifle and then the Assault Rifle before you can access the coveted SMG. It’s an interesting system designed to increase weapon use variety, but the whole system is sabotaged by Call of Duty: Modern Warfare II’s terrible UI.

It’s rare that a UI matters so much. Typically, the best UIs are so accessible and easy to navigate that you don’t give them much thought. Unfortunately, Call of Duty: Modern Warfare II has one of the worst UIs in modern gaming history. Frequently laggy and a chore to navigate, Modern Warfare II replaces the simple lists that made its predecessors so easy to use with giant boxes and rectangles that feel more at home in a free-to-play game on a tablet than a AAA console and PC title. Once easy-to-do tasks like finding your favorite camo, changing your calling card or even finding your friends are now buried under multiple layers of menus. This ultimately crushes the customization system by making it actively challenging to understand what needs to be done to unlock specific attachments and receivers. Call of Duty: Modern Warfare II’s UI is simply abysmal.

Call of Duty: Modern Warfare II’s multiplayer nails the basics, though wonkier than usual. The gameplay remains king in true Infinity Ward fashion. Fun and satisfying, it’s backed up by a decent collection of multiplayer maps and a customization system that’s different but still familiar enough to keep players engaged. There’s even a good Spec Ops mode available for co-op action. It’s just unfortunate that the entire experience is tied together by such a terrible UI that actively compromises the experience. 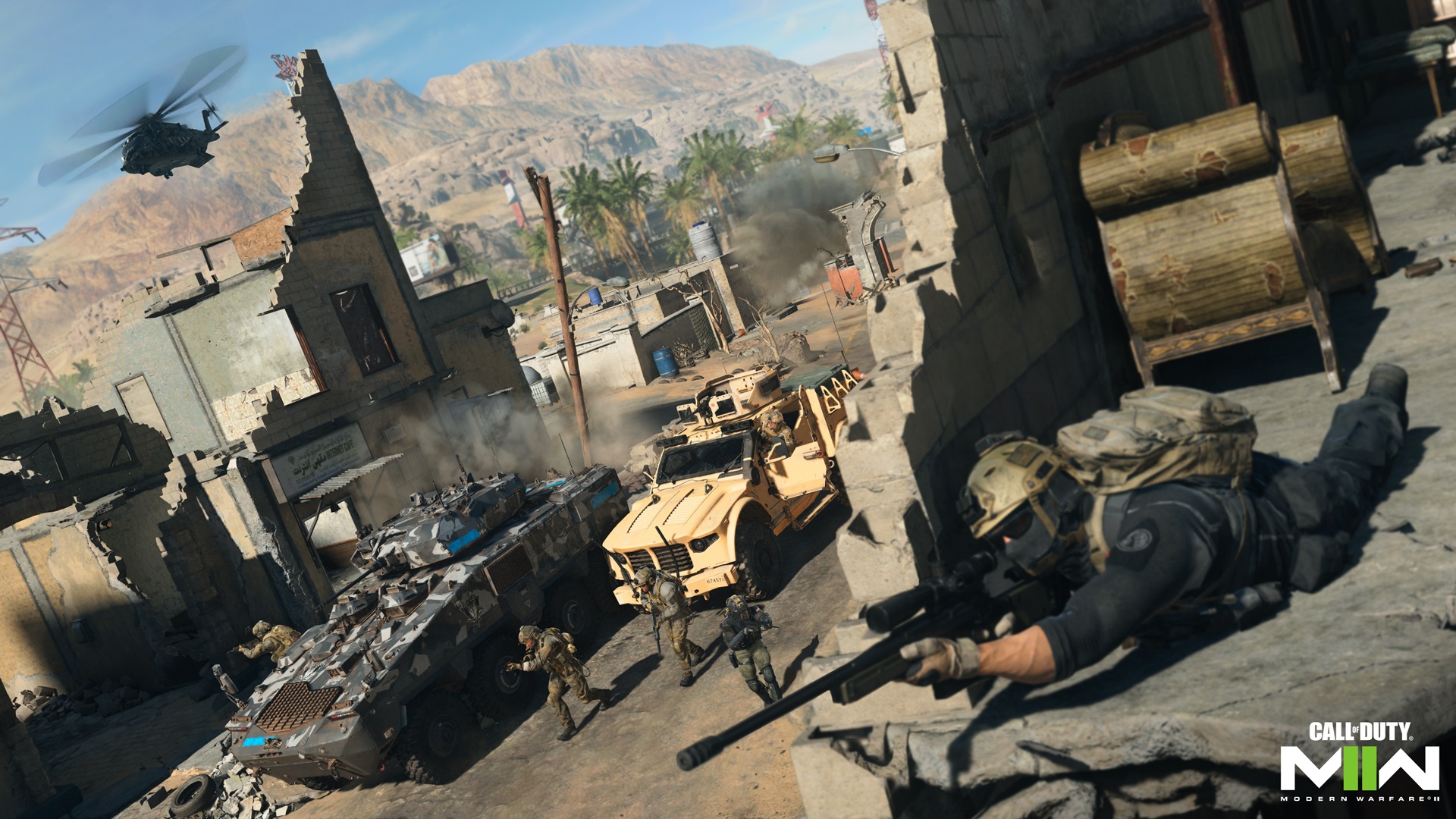 Locales based on real-world locations look astonishingly realistic thanks to immaculate texture work and lighting. A specific level on the streets of Amsterdam is so well rendered that some could mistake it for the actual location. Water especially looks good, with fantastic shaders and physics in play. Even the multiplayer maps, which typically have details toned down, are beautifully detailed, though some destructive elements from Vanguard are missed. Finally, the game manages to run at a silky smooth 60fps on current-gen consoles. Overall, Call of Duty: Modern Warfare II is a beautiful game that performs exceptionally well. 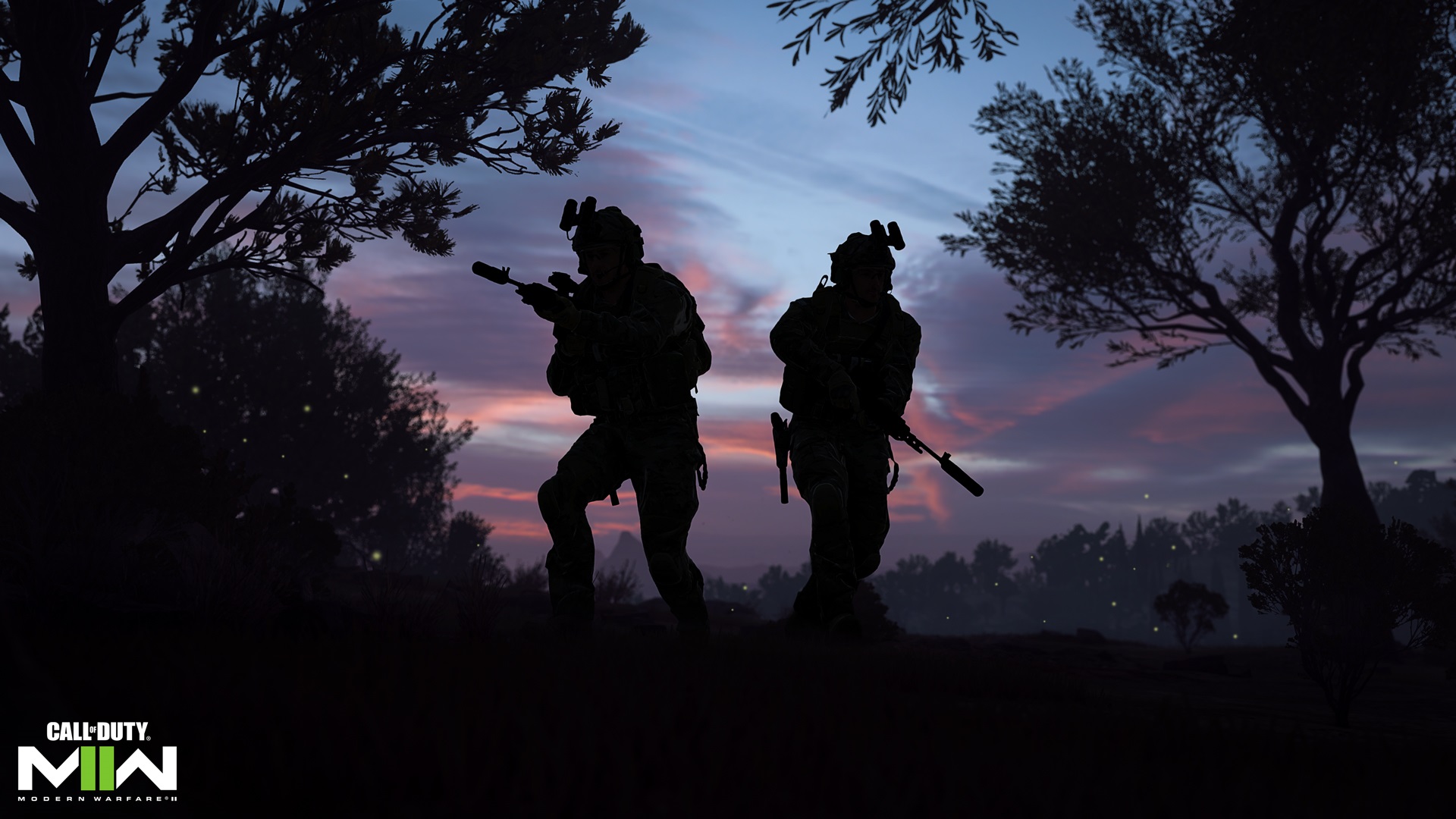 Call of Duty: Modern Warfare II was always going to be challenging to bring to market. Not only is it a sequel to the title that got the franchise back on track, but it also shares its name with what remains one of the best Call of Duty titles. Infinity Ward has succeeded in some respects, but where they’ve failed, they failed hard. Multiplayer retains that brutal, hard-hitting gameplay synonymous with Infinity Ward’s take on Call of Duty. While it would be nice to have a few more maps, the return of more classic modes, regular Perk and Gunsmith customization and a regular minimap, it can’t be denied that Infinity Ward has put together a solid multiplayer package. Though Spec Ops isn’t the classic Spec Ops, what’s here is a rather enjoyable, albeit brief, co-op experience. Where Infinity Ward trips up is the campaign, which fails as both a sequel and a reboot, and would rather remain in the shadows of its namesake, Call of Duty 4, and a myriad of other titles rather than charting its own path. No doubt the worst aspect of Call of Duty: Modern Warfare II is the experience that ties everything together: the UI. Never before have we seen such a terrible UI hamper so many of a game’s systems. Thankfully, the core multiplayer experience is strong enough, but Infinity Ward desperately needs to address this situation. Call of Duty: Modern Warfare II is not a revolutionary entry in the franchise, but its multiplayer and co-op do just enough to make it an enjoyable Call of Duty.