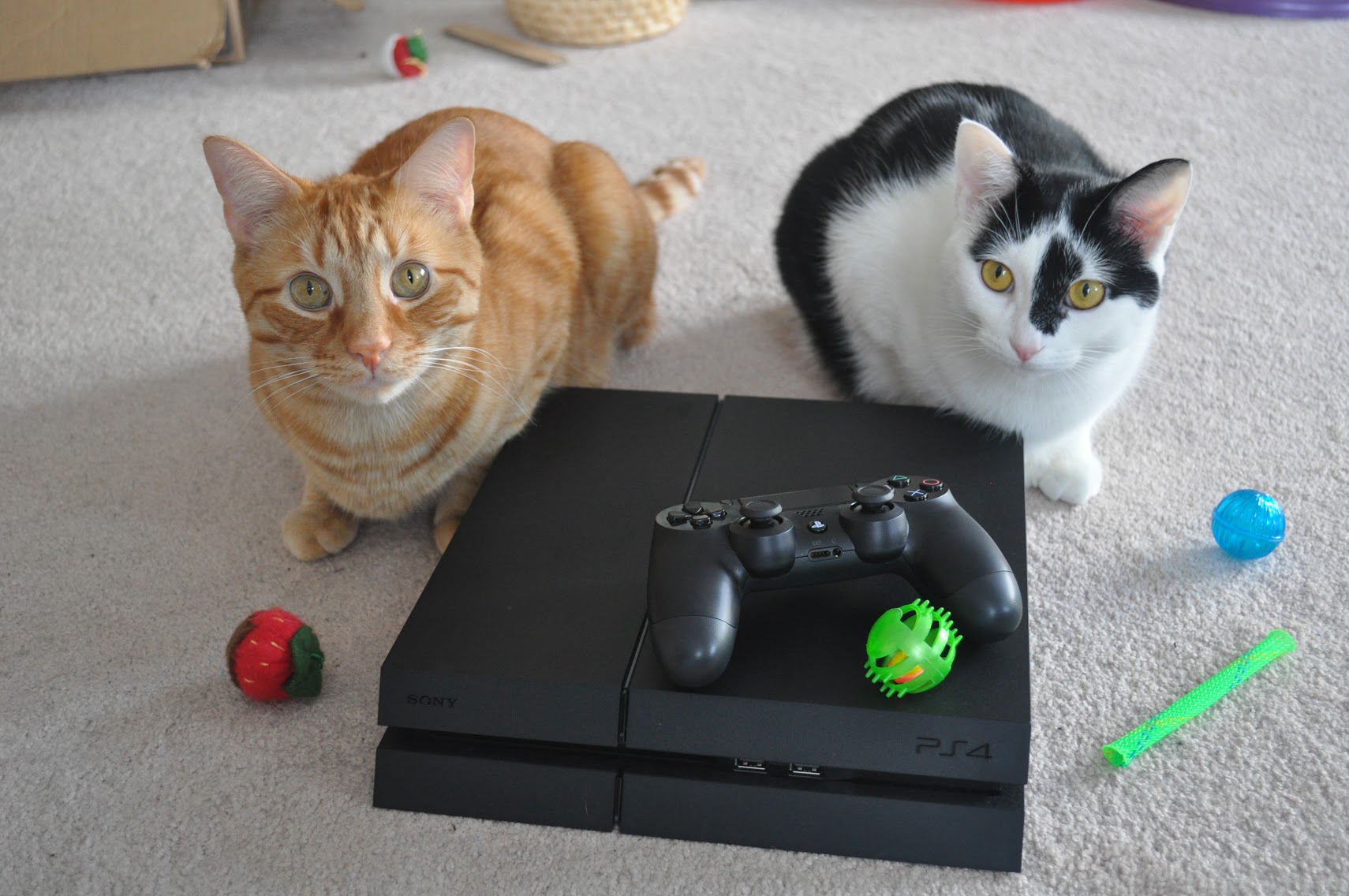 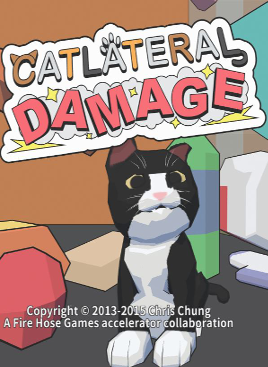 Thousands of years ago, the quadrapedic demon incarnate Felis catus, more commonly known as cats, were worshiped as gods for reasons unfathomable by any rational minded person.  These freeloading furballs became accustomed to this, and somehow managed to remain popular domesticated companion animals, more commonly known as pets.  The cat has two primary modes it can be found in. One involves being comatose 29 hours a day and the other is hyper energetic and destructive on a cataclysmic level (buh dum tiss).  Catlateral Damage focuses on the latter.

This FPS (first person swatter) has the player assume the role of a very angry or very bored housecat who is on a mission to knock every single item in the vicinity on the floor.  This cat simulator does not delve too deeply into the psyche of cats.  This is probably a good thing, as the subconscious feline mind would likely traumatize even Freud.  It does however shed light on a possible explanation of why these domesticated predators engage in destructive rampages in their owners’ homes:  it is really fun.  The premise of the game is simple.  The player controlled cat has to knock everything in each procedurally generated level to the floor.  To add a sense of realism, items that need to be knocked to floor are only in places that are accessible to cats in the real world, which means all places up.  To get to some of these locations, being able to pull off some ninja kitty jumps that include mid air twisting is essential to reach the top shelves in the bookcase.

Random dropped power ups can make your wanton destruction easier, such as increasing speed or jumping ability.  One of the more useful power ups is a bag of catnip that temporary grants the cat maxed out stats, though I like to think he just assumed his super hero alter ego of Snoop Catt.  The environments for the feline destruction are varied and interesting. Typical domiciles are obviously among the stomping grounds, along with museums, mad scientist labs, and a home decorated for Christmas loaded with presents, all awaiting destruction at the paws of Santa Claws.  As one would expect, the T-Rex fossil display did not remain intact for very long during the museum level.  This is why museums do not allow cats entry, because that is exactly what would happen if people brought their cats to the Field Museum of Natural History. 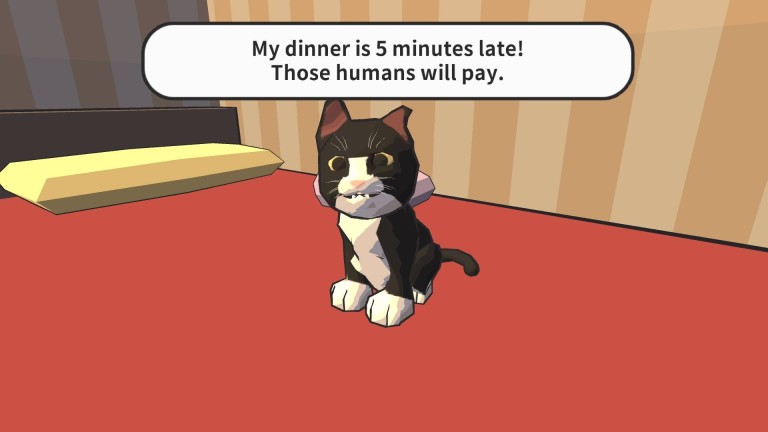 There are a few random events that can happen in a level, which include but are not limited to power outages, disco balls, or a search and destroy mission involving an unwelcome rodent.  The occurrences adds an element of spontaneity in what is otherwise a repetitive game.  During one such event my digital feline was able to battle its arch enemy to the death:  the mysterious glowing red dot.  This was a proud moment for me, since unlike my actual pet cats I can claim that I have captured and killed the red dot.  I think having displayed this predatory superiority over them I should no longer have to clean their litter boxes.  They do not agree with the terms of my victory.  Throughout the levels are randomly placed photos of cats that can be collected to be viewed in a photo album.  Collecting enough of these will unlock other playable cats, as will completing certain challenges.

There are two game modes.  Objective Mode is where the goal is to send every material object to the floor within a certain time limit.  Completing a level in Objective Mode presents a greater challenge than one might expect, where the time limit may expire when only 278 of the 310 items have been cast to the floor.  There is a sandbox mode, appropriately named Litterbox Mode, where the cat is unencumbered by a time limit so it can take its time in making the owners regret whatever it is they did to anger this cat.  Something pointless, but nonetheless fun is there is a button that makes the cat meow which cycles randomly through various recordings of meows.  For people who actually have pet cats this gives the game an extra layer of fun since it can cause some cats to run around with a confused expression on their faces while the sniff the television. 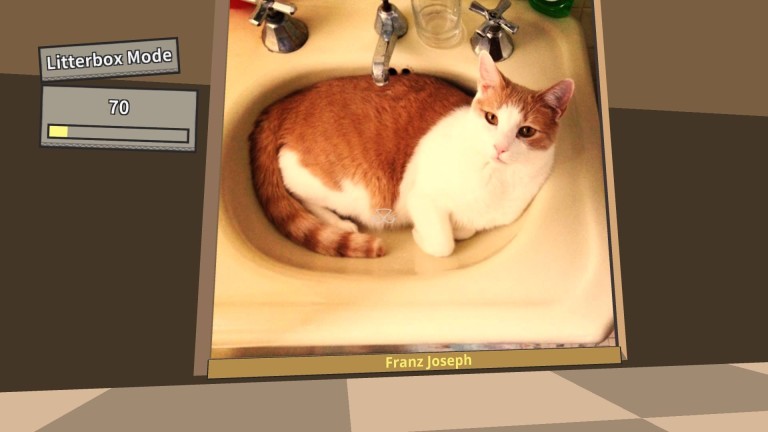 Overall Catlateral Damage is a simple but fun game.  Random events and the procedurally generated levels do help keep the experience fresh, as do the collectible cat photos.  The easy to pick up gameplay makes this a title that can appeal to anyone.  Cat lovers in particular are likely to get more enjoyment from stepping into the paws in this cat simulator and hunting down the various cat pictures than those who do not enjoy feline companionship.