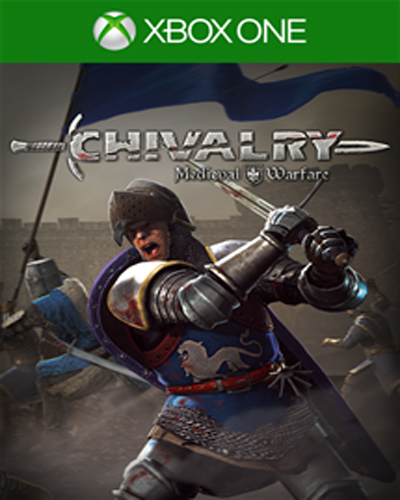 Torn Banner’s Chivalry: Medieval Warfare began as a Half Life 2 mod called Age of Chivalry, before coming to the PC in 2012, then subsequently being ported to last-gen consoles in 2014. Focusing on melee combat and replacing modern weaponry with medieval armor, maces, swords, pikes and axes, the PC version has cultivated a large and devoted following, albeit one with a reputation for unpleasant online behavior like team killing. A multiplayer-only game, Chivalry transposes standard team shooter game types — deathmatch, team deathmatch, CTF and other multi-objective-based modes — to the Middle Ages.

While the port to Xbox 360 and PS3 was not well received due to technical issues — from lag and framerate problems to sound bugs — there was hope that the game’s port to current gen consoles would address these faults and perhaps update it to recent standards. Unfortunately, that doesn’t seem to be the case, and Hardsuit Labs’ port of Chivalry: Medieval Warfare is a pretty disappointing mess on Xbox One, and only marginally better on the PS4.

One can maybe understand Chivalry having a certain goofy, Monty Python and the Holy Grail-esque charm as a free Half Life mod, where flat and ugly textures, horrible figure modeling, a choppy frame rate — especially bad on the Xbox One — and poor animations, clipping issues, and terrible hit detection could be laughed off because the conceit was pretty good. Four years later, on entirely capable consoles, there’s no excuse for these very same issues and the whole enterprise reeks of an exploitative cash grab. Other than some really awful training matches, there is still no viable single player component and the multiplayer modes are essentially the same as they were in the previous versions.

“Sword and board” combat has been well represented in many genres of video games, but not so prevalent in team shooters. Other than the Medieval setting and weapons, though, Chivalry doesn’t do anything very special with most of its game modes, as though simply bashing one’s opponent with a sword instead of shooting them with a shotgun was novelty enough. Free-for-All and Team Deathmatch consist of up to 24 players (up from 12 on the previous console versions) swinging wildly and inaccurately at each other with weapons that clip through — not slice through — opponents, with hit detection that is so awful and inconsistent one rarely knows if the foe was struck. While weapon control and accuracy improve with level, there is no lock-on, minimap,  or other form of targeting and most weapon swings propel the player past the enemy. In melee, the strategy pretty much consists of trying to connect using one of three strike types and then being hit from behind while doing so. The absolute lack of precision in close combat means that accidental team kills are common in Team Deathmatch, and in fact non-accidental team killing is an ongoing problem with this game in all versions. It happens a lot, so much so that the game has a voting mechanic to let players kick their fellow teammate out of the match. 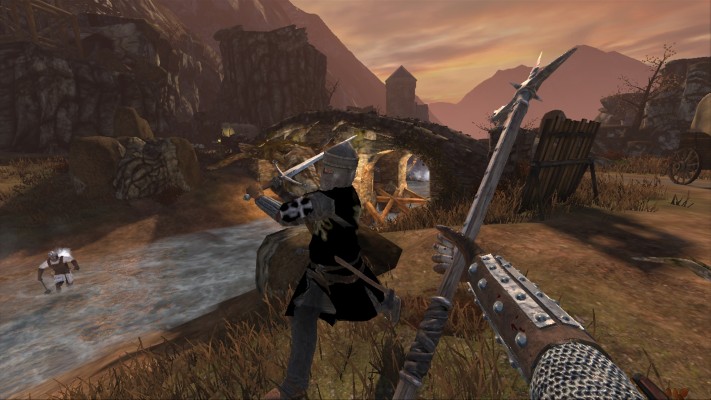 The team objective modes fare a little better as they include the use of heavy mobile weapons and machinery and are less focused strictly on melee. There is a menu of selectable commands and phrases that can be used in battle to help coordinate strategy, though these seem to be rarely used in practice. Despite the “mature content” and gouts of blood and dismembered limbs flying to and fro, it is strongly reminiscent of little kids in a room just hitting each other with foam bats. It isn’t hard to find a match, and if the combat was better, there might be some fun to be had.

Players have a choice of four classes — archer, vanguard, man-at-arms, or knight — each with advantages and liabilities such as speed or the ability to use heavier weapons. Characters are equipped with primary and secondary weapons, a special item and a choice of helmet, but other than cosmetic changes to the appearance of armor, characters are not customizable. As they level up a wider variety of weapons become available. Characters only have two stats: health and stamina. Stamina has a major impact on the combatant’s ability to use weapons and block effectively. Players earn XP at the end of the matches, not during combat.

Graphically it’s hard to believe that Chivalry was optimized or improved for the current consoles as everything about it looks dated. Characters float on the ground, the textures lack detail and dimension, and the environments and levels are simplistic. Most of the melee-focused modes are staged in what are more or less just big arenas, some more interesting than others. Since ranged combat is minimally effective, there isn’t much use for verticality or cover in the level design. That’s good as characters and weapons tend to clip through the scenery anyway. The Xbox One port of Chivalry runs at an inexplicable (given the low quality graphics) 30fps (the PS4 version is set to run at 60fps) and framerate issues are constant, taking much of the fluidity from combat and movement. On the PS4, the framerate issues are less prevalent and the game looks sharper and the colors and lighting more saturated, but texture pop in and strange visual artifacts are a constant presence and the combat is no more effective or fun. Sound issues were part of earlier console versions of Chivalry and they continue to plague the new port as well, with muffled dialogue and sound drop outs common, especially on the Xbox One port. 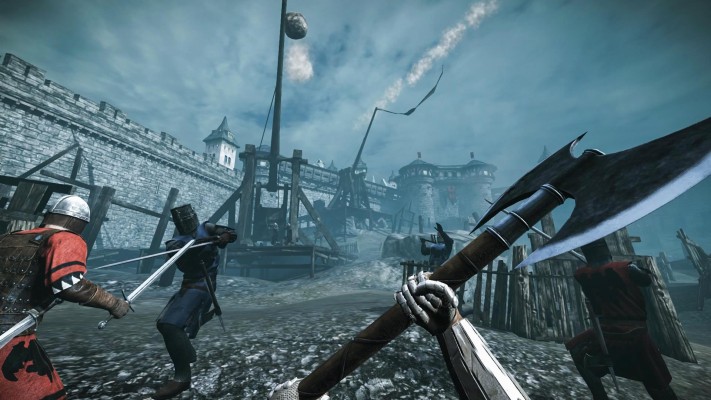 There is nothing wrong with Chivalry’s main concept, setting a team-based shooter in a period long before modern weapons and, well, shooting. As a modest, fan-made mod of Half Life 2, one could turn a blind eye to some of the game’s glaring faults because its execution was in line with its humble aspirations. To keep shoving the same, basically unimproved product out over two console generations, however, is cynical and disrespectful to the consumer. Hardsuit Labs has been quoted as saying that “the primary difference users can experience between the PS3 and X360 versions and the new PS4 and Xbox One versions are a doubling of the max player count (from 12 to 24), as well as dedicated servers,” which doesn’t seem terribly ambitious. Whether you can enjoy Chivalry: Medieval Warfare depends on how low you are willing to lower your expectations for what a current-gen console game should look and feel like.