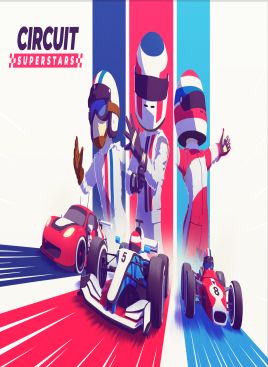 Square Enix Collective has published a game by a small studio, Original Fire Games, that aims to provide a nod to racing’s past of both actual racing and video games. Circuit Superstars is a top-down view racing game that pulls from the likes of classics like RC Pro Am, Super Off-Road and Micro Machines. The team at Original Fire Games even got both actual racers and YouTube racing professionals to provide feedback and set lap times as current Indy Car Driver Romain Grosjean holds the fastest times on the game. With only a few modes to play, but offering an addicting and challenging handling system, Circuit Superstars offers fun for a cheap price.

Original Fire Games is comprised of only three people and these three people are siblings that have an affinity for racing. The nod to racing history comes in the form of many types of cars to choose from. Circuit Superstars offers cars including 1950s GT cars, 1960s Formula cars, Trans Am racing, Muscle Cars and even Stadium Trucks and Big Rigs. There are a good bit of racing affinities to choose from, but nothing is officially licensed. The tracks are varied and creative and almost feel like a slot car track that was put together, but there are no real world tracks here outside of the Top Gear Track that is DLC. Players can hone in here to try and beat the fastest time in the world, which is held by Romain Grosjean with F1 driver Lando Norris not too far behind.

The design of the game feels much like Mario Kart as you will progress through tiers of tracks broken down in groups with a champion in each. This will unlock the next grouping with increasing difficulty. This is all done in the Grand Prix mode as you will be able to experience all racing affinities in the game over time as there are twelve in total and each handle different. The handling is pulled from the likes of the three racing titles mentioned at the beginning and can also be attributed to slot car racing. These cars are weighty and meant to slide out around corners. This is addictive yet challenging as controls are mapped to either the directional pad or joystick to have right and left do just that. 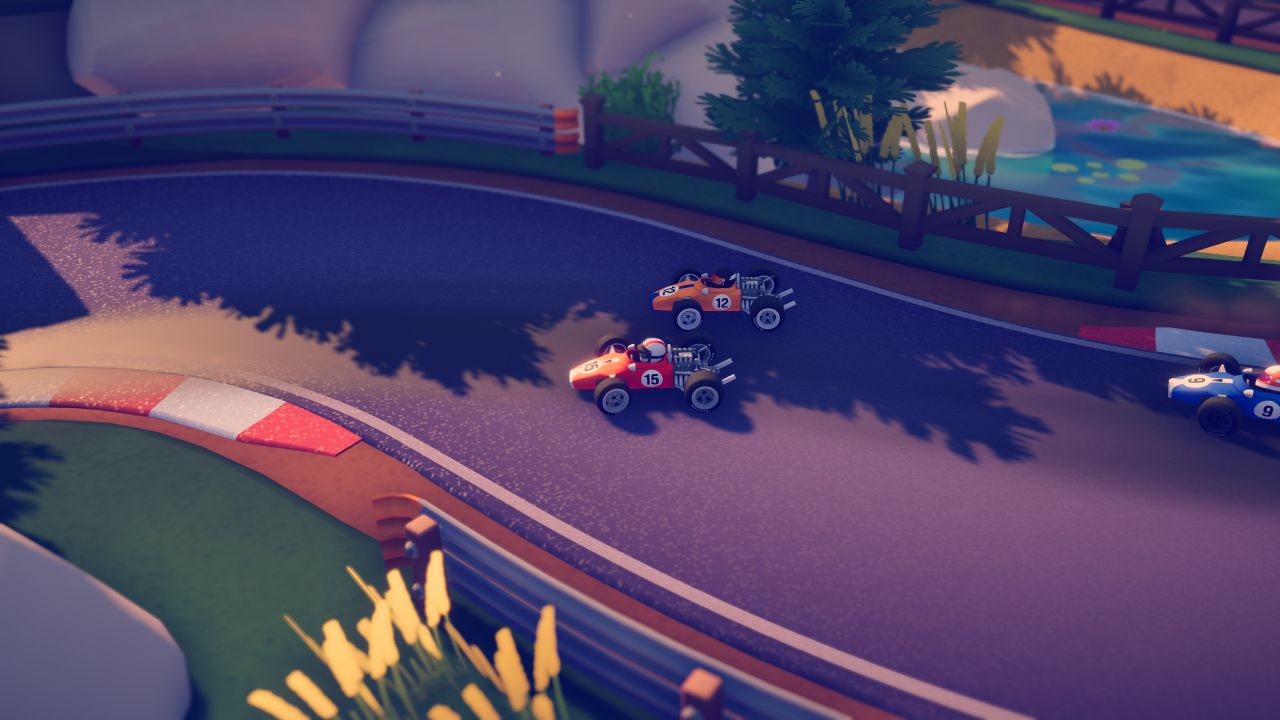 Playing the game on PC and having the refresh rate set to 120hz almost feels like it made the racing more difficult. The game runs smooth with no drops in frames, but focusing on the car would cause me a problem where I would lose any upcoming corners on the track. This was an issue more-so when having to correct the direction of the car and straightening it out. The handling feels like a pendulum going back and forth. The AI is difficult to keep pace with unless you turn the level way down. They mostly follow in a line with some passing.

The multiplayer aspect of Circuit Superstars is where the racing shines the best. Knowing the tracks comes with playing the game more, and this is the only way you have a shot at both winning online, setting the fastest laps and beating the AI. Knowing when and where to cut the wheels based on the car you are in and gaining traction to maintain speed is the focus of the gameplay. If you’re a newbie going online against others, and there’s a community here, you’ll get waxed unless you know the tracks. Pit stops are also an option as tire, damage and fuel degradation come into play. There’s also local split-screen multiplayer with up to four people, but I see this being an issue with being able to see the track at longer distances. The art is vibrant with a decision to use soft colors and cartoony effects. There are a lot of little thing such as the driving line from tire wear being left on the pavement of each track and smaller car effects. The audio effects such as cars and collisions are sufficient as both audio and visual design adhere to a fun atmosphere rather than being a serious racer. The game offers a light-hearted interpretation of the history of racing and this also includes the pit stops. 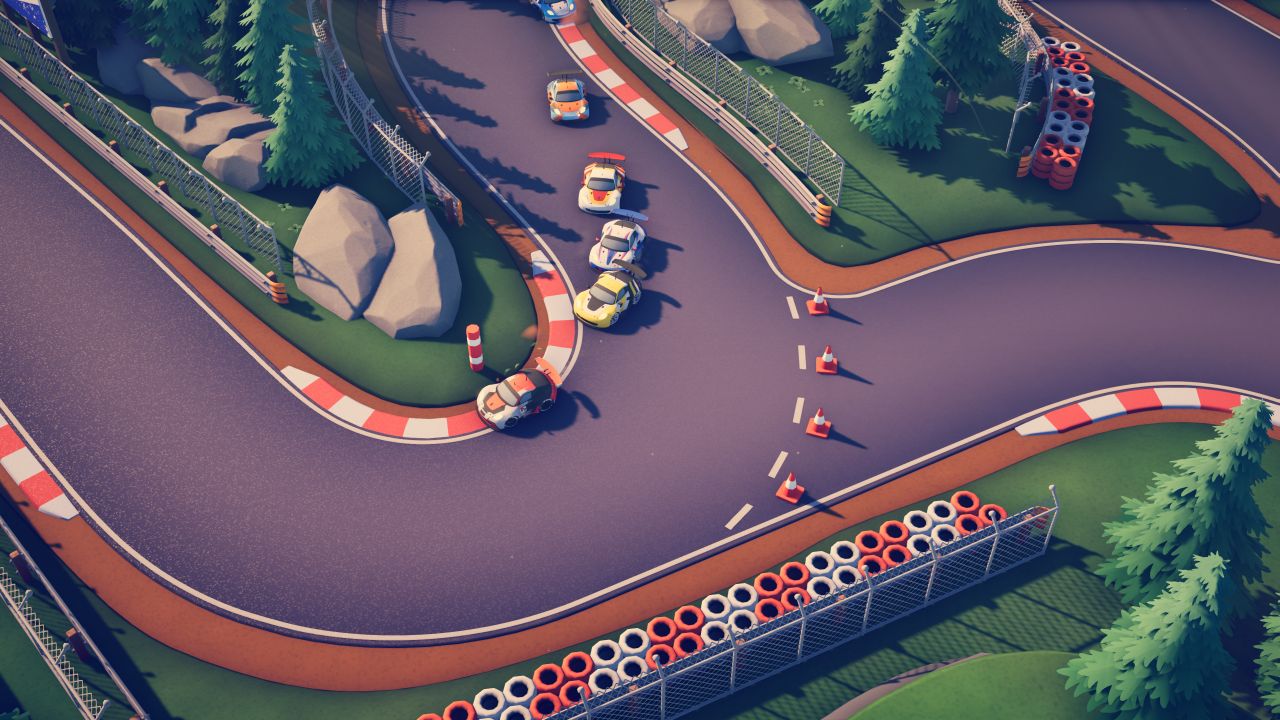 If you do any type of eSports racing or are a long time fan of racing in general, Circuit Superstars is worth a look. If you enjoyed the classic games of racing’s past such as RC Pro Am and the like, then this will be right up your alley. While the Grand Prix is fine for single player, it’s going to take devoted effort to learn the game and the tracks. It lacks the hook and appeal of Mario Kart, which makes Circuit Superstars less inviting to spend hours on learning everything. This is a fun racing game to play with friends with the same light-hearted approach the developers had when creating the game. For $19.99, this is a great good option to have in your arsenal when friends come over.