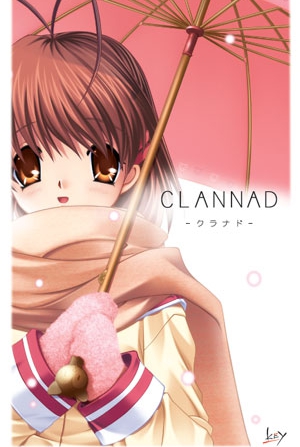 Editor in Chief’s Note: One of our Editors, Bradly Storm, also served as the Lead Editor and Production Assistant for Clannad. This was not a job he made public and the reviewer Marcus Estrada was completely unaware of this connection when doing the review (him reading this statement post-publishing will be the first he hears about it). Bradly had no input or awareness whatsoever in the creation and publishing of this review.

It’s finally here. After over ten years since its original launch in Japan, one of the most beloved visual novels is finally available officially in English. I’m speaking of course of Clannad by VisualArts Key. Having been adopted to manga, anime, drama CDs, and even film over the years, there’s little doubt that this is one game that sparked tremendous affection from the audience. This doesn’t just happen by being a good visual novel. No, in order to enrapture thousands, it must in fact be one of the best games of the genre. Having never played Clannad in Japanese or through the existing English fan translation, I wasn’t sure what my reaction would be. Was it possible that all of this adoration simply wasn’t warranted? Perhaps people had really just been playing up the game’s importance, and as such, my expectations would have been too high.

As it turns out, people were right. Clannad is indeed a stellar example of some of the best the visual novel genre has to offer. And somehow, it manages to be this while initially appearing like any other romance-focused title out there. Things start off in a standard visual novel-y way. We’re introduced to a teenage boy named Tomoya Okazaki who has absolutely no plans for the future. Although he goes to high school, he and his best friend/punching bag Sunohara would much rather be tardy on a daily basis and skip classes together. The duo appear to have no prospects in life because that’s what they’ve envisioned for themselves. Still, they’re happy enough wasting time during their third year in high school. One day, Tomoya runs into another delinquent — but she stands out to him. Nagisa doesn’t appear to be the type to ditch, and he quickly learns that she is repeating a year due to an accident that kept her out of school for nine whole months. There’s no doubt that, for the few similarities the two share, Nagisa is quite different from Tomoya.

Somehow, this presence of Nagisa seems to change Tomoya’s outlook and daily life in a wide variety of ways. It is this meeting which spurs the rest of Clannad into motion. Now, Tomoya finds himself talking more to other friends in his class and potentially romancing basically any other female character in the game. Okay, so that might not sound all that different from other visual novels out there. The way that Clannad diverges actually takes a while to unravel. As you might have heard, it’s quite long. There are guides online proclaiming to be anywhere from 100 to 300 hours, but that’s not likely for most players out there. That’s not to say the experience is short, either. With over ten endings to explore, a playthrough from a fast reader who makes liberal use of skip functionality might take forty hours while folks going at a leisurely pace could expect to see eighty or more. In either case, that’s a heck of a lot of reading. 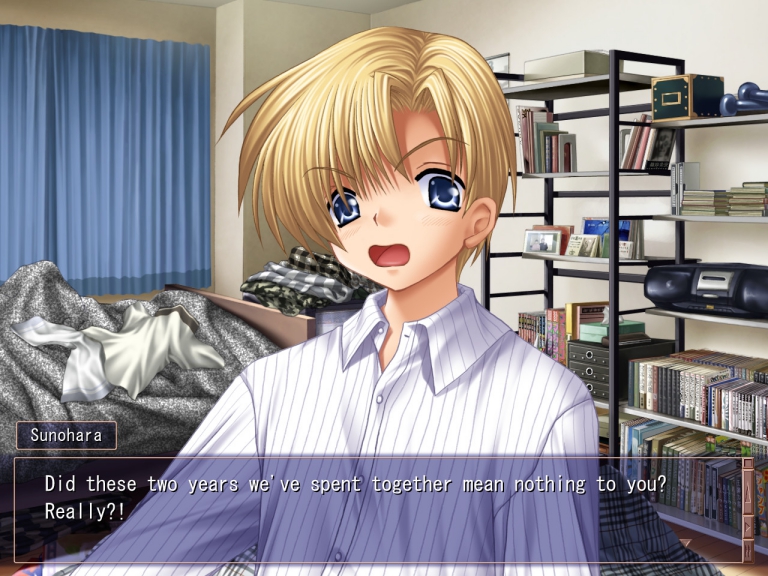 Because of the intense focus and winding path of Clannad’s storytelling, it would be immensely cruel to share any story elements beyond what was already described. With that said, we can talk about the writing of characters and how everything flows together. Given how much reading folks will be embarking on (accompanied by Japanese voice acting for all characters except the protagonist), the writing simply has to be stellar to keep people engaged. If you’ve ever experienced “slice of life” tales in anime or manga then you’ve got an idea for how things start out in Clannad. It all feels rather trope-filled at the start and moves at a leisurely place. Everyone is amusing, goofy and lighthearted. For example, Tomoya’s terrible prospects for the future aren’t dwelled upon as he and friends simply enjoy their youth. Buddy Sunohara is also physically harmed repeatedly in slapstick comedy gags that feel out of place these days.

Still, when it comes right down to it, the writing in Clannad is strong. Through these daily interactions we learn more about each character and want to continue watching all that unfolds around them. Once things go from silly to romantic or dramatic, we’re already hooked into the story and cast. Writing flows in ways that sound (mostly) natural and still offer a hint of novelistic description when viewing the world from Tomoya’s mind. Then there are those little breadcrumbs of knowledge which players pick up through their playthroughs that eventually coalesce into something greater. I cannot speak personally to the quality of translation, but Sekai Project did add a new Dangopedia for the game. What this does is highlight key Japanese terms in the text for players who don’t know what they mean. For example, narration may say that Tomoya “cleaned the kotatsu” with an entry for kotatsu appearing in the Dangopedia. As useful as this is, it also appears to ignore other Japanese terms, concepts and references which deserved definitions. 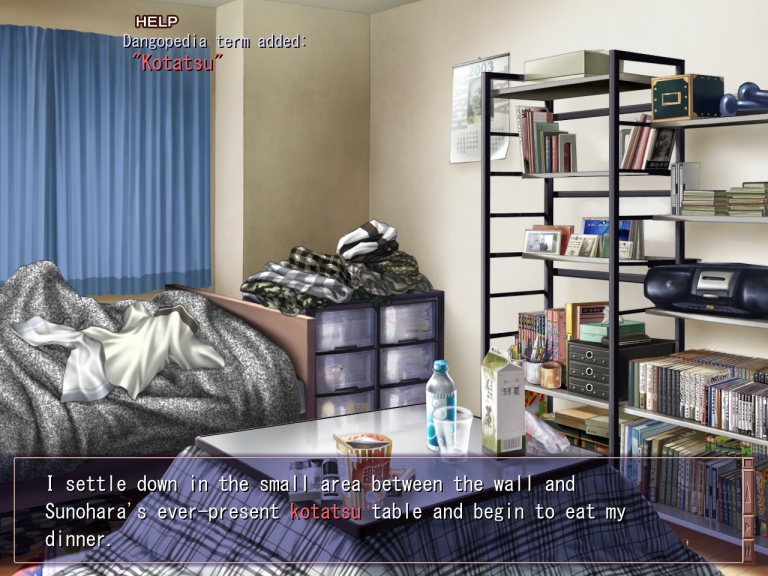 There is one incredibly large issue with the current state of Sekai Project’s release of Clannad. Although the story is effective and enthralling, the script is replete with typos. Sure, every visual novel release on Steam has a few to go around, but the things I saw while playing this game go far beyond that. Every so often you’ll see a real typo, but mostly, what appeared were incredibly strange errors. For example, sometimes an odd text character showed up for no apparent reason. In one route in particular, there was a nearly constant barrage of the letter c simply applied at the end of sentences for no discernible reason. By the end of that specific route, I’d counted 26 wayward “c” letters and that, to me, revealed that no one gave this route a final quality check. That, or something horrible happened between the last check and release.

Luckily, issues such as these can easily be patched — and in fact, the team is working on resolving them. There are also issues, however, that are just shameful given that each storyline was apparently edited by a different person. These issues include everyday typos as well as the misuse of “its” and “it’s.” Everyone makes mistakes, but sometimes the “its” versus “it’s” thing happened on such a regular basis it felt that there really was no understanding of the difference, but why wasn’t this game checked more thoroughly before release? Visual novel lovers have been waiting over ten years for this release. They would have survived waiting another month. 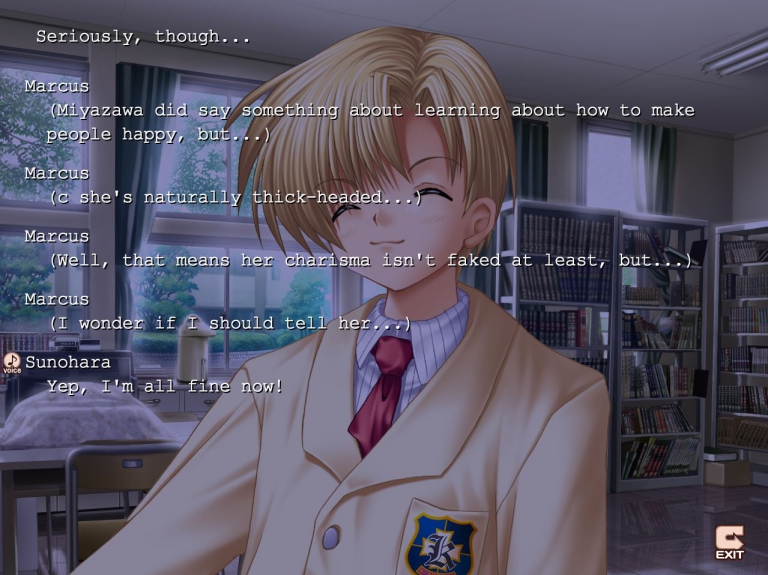 As much as Clannad managed to move me, there is one other main problem with the experience as a whole. Its structure for actually completing the main game and moving onto the After Story is something most simply cannot stumble across with ease. Firstly, folks need to complete all the other main paths in a way which obtains a special item. During any playthrough, you’re given around 10-20 choices. Most of these choices aren’t actually important, but the ones that are determine your ability to get through a path properly. For the most part, they’re logical. For example, if you want to get on one girl’s path you’re of course going to want to pay attention to her rather than ignore her when she calls your name. In any case, once those many hours of gameplay are taken care of you can proceed down the After Story. The problem with the game’s progression is you’d never know you need to play through the epilogue twice to get the true ending. Your best bet is to go ahead and use a guide, especially considering how long a complete playthrough takes.

Finally, there’s the matter of Clannad’s artwork. For years, anime, manga and visual novel fans have honestly made fun of the style. Although the art itself and backdrops are of good enough quality (better than some other titles out there), the eyes have drawn ire for years. They’re huge and so widely spaced that it tends to throw off even some long-time anime fans. The thing is, you quickly get desensitized to it. After hours it simply seems normal enough that everyone is a little more alien-looking than your typical anime cast. As for voice acting, it is well done especially given how much talking is going on. The protagonist is un-voiced, as is common in visual novels, but beyond that even no-name classmates get a voice. 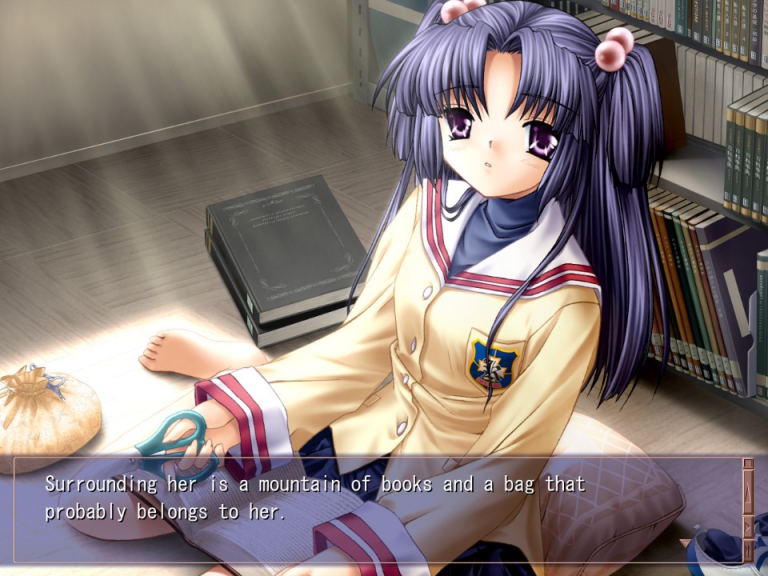 Clannad is a visual novel that everyone should complete at least once in their lives. The hard part will be securing enough time to persist through every route in the proper way to see the true ending. It’s tremendously unfortunate to see typos and other technical issues greeting players right out of the gate, but at least Sekai Project have endeavored to resolve them rather than moving straight on to another game. After all, Clannad costs fifty dollars so people expect a high bar. As far as the storyline is concerned, and the amount of content included, players should feel safe plunking down that amount of cash. Not only is it one of the best visual novels around, but it might just be one of the better stories told thus far in the scope of narrative-based gaming.