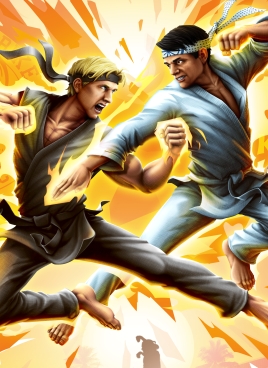 The beat-em-up genre has seen a resurgence thanks to things like the Capcom Beat-Em-Up Collection and Streets of Rage 4 showcasing just how great the genre can be when done well. We haven’t seen many modern-day versions of it done, and beyond Double Dragon Neon in 2012, few have tried to mesh a polygonal look with the side-scrolling action this style of game is known for. Enter Cobra Kai – the highly-regarded sequel series to the original Karate Kid film series and something that has become something of a destination series for ’80s and ’90s kids alike. GameMill had the foresight to get the license before the series hit Netflix, where its popularity exploded and is now at a record high level — just in time for the release of a video game inspired by the series.

The Saga Continues tells more tales of the Miyagi-Do dojo against the Cobra Kai crew, using a wide roster of characters to keep things somewhat fresh. Whether you’re battling Cobra Kai or making sure that Daniel-san’s disciples from the Miyagi-Do dojo fall, you have a surprisingly robust roster of characters to play as with many different attack types to use. One problem that frequently befalls brawlers is a lack of attack positions and not being able to logically use your environment to better your situation. One of Cobra Kai’s best qualities is that there’s a lot of fighting positions, attacks, weapons and environmental usage to win the day — with some caveats thrown in the mix for all of those positive elements.

No matter which character you choose, you’ll be able to use a mix of punches, kicks, throws to the ground, throws to the foreground, the background, and various objects alongside weapons, ground strikes, ground throws, running attacks, jumping attacks, running and jumping attacks and character and dojo-specific specials. There’s a ton of variety here for each character and each one does feel a bit different. Smaller characters hit with less force, but are quicker to evade, and unlike a lot of brawlers, defense can be just as important as offense and you’re rewarded for proper evasion and parrying. Rolling out of the way of an attack can be huge during group battles, while parrying is a lifesaver in boss encounters. 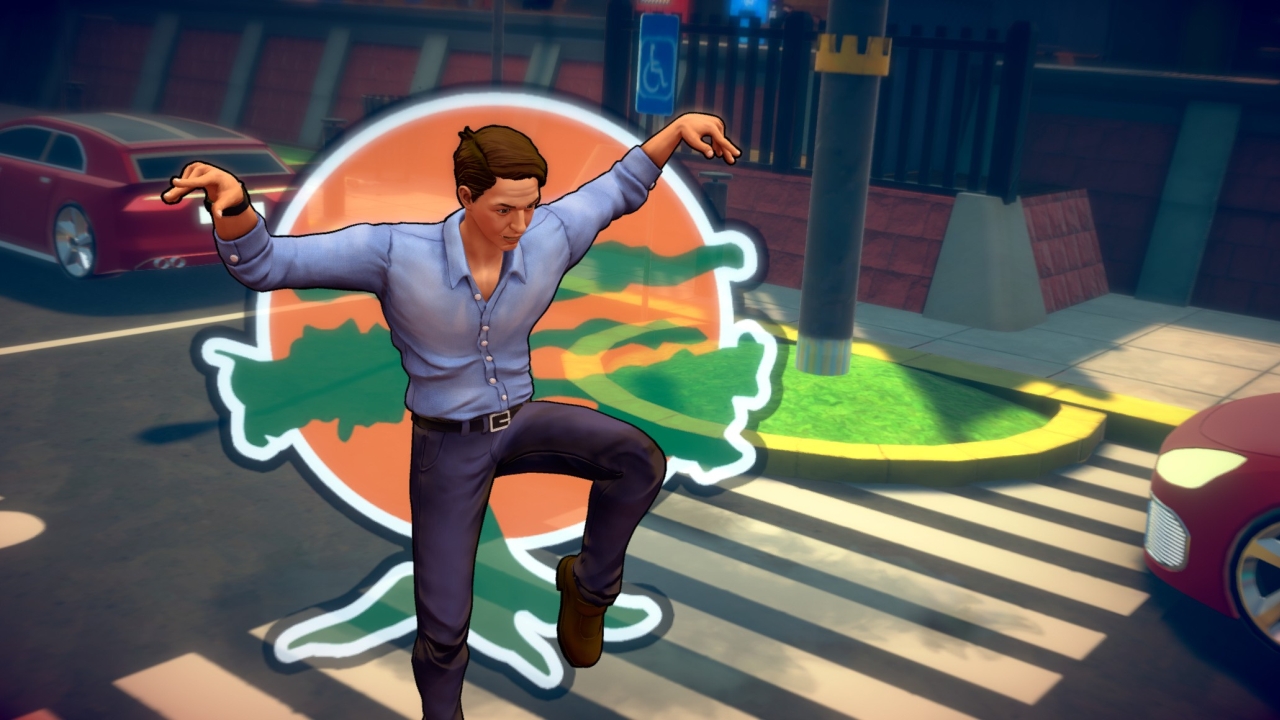 When facing a group, you need to assess just what kind of threats you have. If you’re facing a mix of large foes and smaller ones with weapons, it’s usually best to take out the weapon-wielding foes first because they can hit you quicker and deal out more damage per shot. The larger foes are slower and have easier tells for their attacks. One great thing that Cobra Kai features is bright colors to indicate when you should begin evading or letting you know that an enemy is vulnerable to an attack. If they’re red, then it’s time to evade, and when you see a bright blue/white outline, it’s attack time baby! When you have your opening, it’s time to unleash combos and imagine a montage set to your preferred Foreigner song — or “Sirius” if you want to class it up a bit.

There’s a lot to like about the sheer variety of what’s offered up combat-wise for a brawler. In comparing this to even modern-day giants of the genre like Streets of Rage 4, the combat is more organic and flows more naturally with the settings helping make this feel like a real-world environment that everyone inhabits. Stages go from one locale to the other and are fully 3D, so you can find things like hidden items or just enjoy the ambience of seeing folks play an arcade game while you beat up half a dozen people in their general area. The developers did a fantastic job of making the show’s setting come alive here — which is why the shortcomings are so disappointing and yet also not a death knell to having fun with it either.

For a game that lives and breathes based on its combat, animations are varied — which is good, but the actual impact of your attacks is lacking for the most part. Punches and kicks will send foes flying, but just don’t have a very physical ending animation and the actual move animation tends to be jittery and feels like it’s missing frames. Environmental attacks have a similar feeling, but do at least have the added effect of causing some environmental damage. So while smashing folks into a foosball table may not be how you expect to spend your time, it can be one of the most enjoyable experiences you have before then throwing someone into a basketball hoop or just slinging them into your screen ala Turtles in Time. 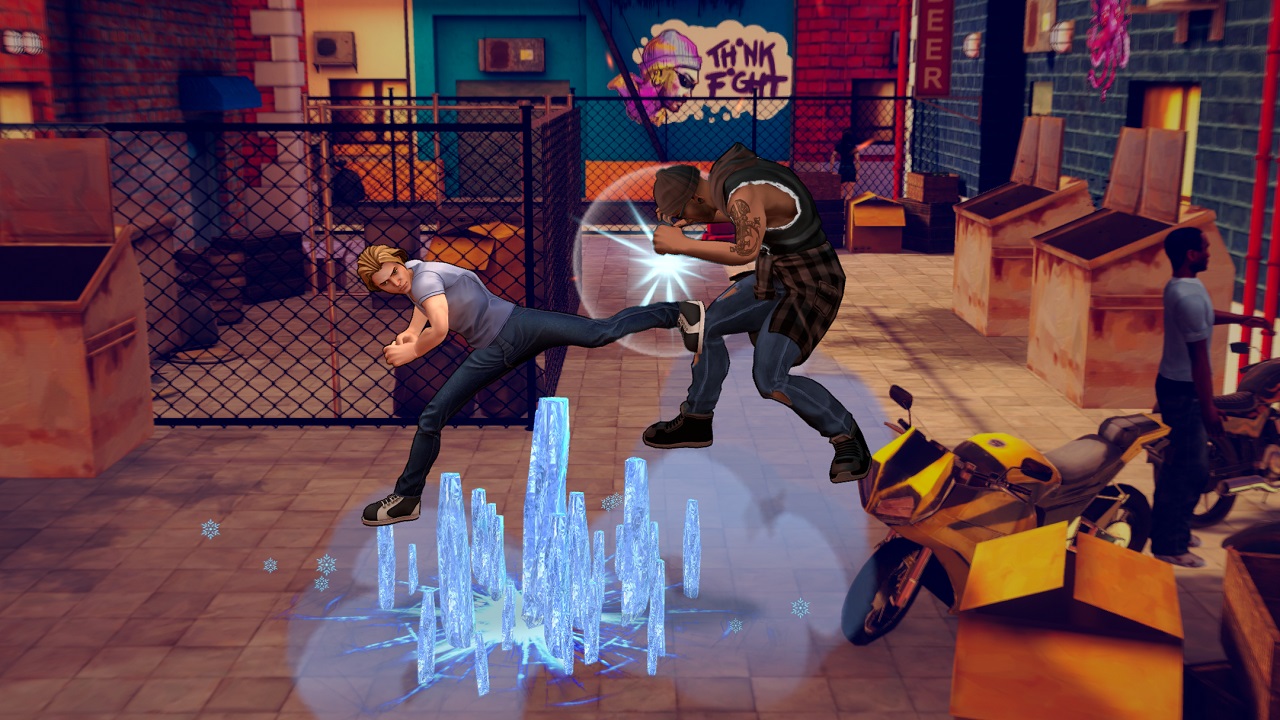 Cobra Kai’s most impressive feat is managing to be so fun to play thanks to its variety despite its iffy, floaty combat. Having the ability to just run around the stage is something that so many brawlers don’t get right and that’s done nicely here. Jumping around the environment also allows you to get an edge on enemies and you can also use your surroundings to divide and conquer large groups because physical items in the world will actually block their path. This kind of small touch adds a lot to the action because it can not only give you some breathing room, but enable you to completely rebound during a losing battle if you can get health pickups right after a tough battle that you barely win. It’s a testament to going full steam ahead with offering a lot of variety in the combat that the game winds up being so much better than the sum of its parts.

One thing that the show nails that the game doesn’t is the chemistry of the cast and their characters. Everyone plays off of each other in a natural way and they have organic chemistry together with the character relationships. Johnny and Daniel are different halves of the same coin in many ways and as time has gone on, their lives have gone from a more black and white good versus evil tale to being more about flawed people with troubled pasts that have led them to have wildly divergent lives in the modern era. In the game, the characters are largely filed down to a more traditional good/evil archetype without the character nuances from the show — and while it still works in a broad strokes interpretation of the characters, it misses a lot of the music between the notes that makes the show much more enjoyable than the movies were as a character study.

Thankfully, The Saga Continues does control well and using the analog stick for movement feels natural since you can explore most of your surroundings. The button layout is also logical and makes doing all of your attacks easy without having to think about the controls — and that’s aided by having some on-screen prompts on your HUD for the more advanced dojo and character-specific techniques. This is a user friendly-game and it’s easy to pick up and play — although its less-impactful combat does get in the way of longer play sessions. Shorter sessions of a stage are probably the best way to enjoy this as longer sessions make the flaws shine brighter. 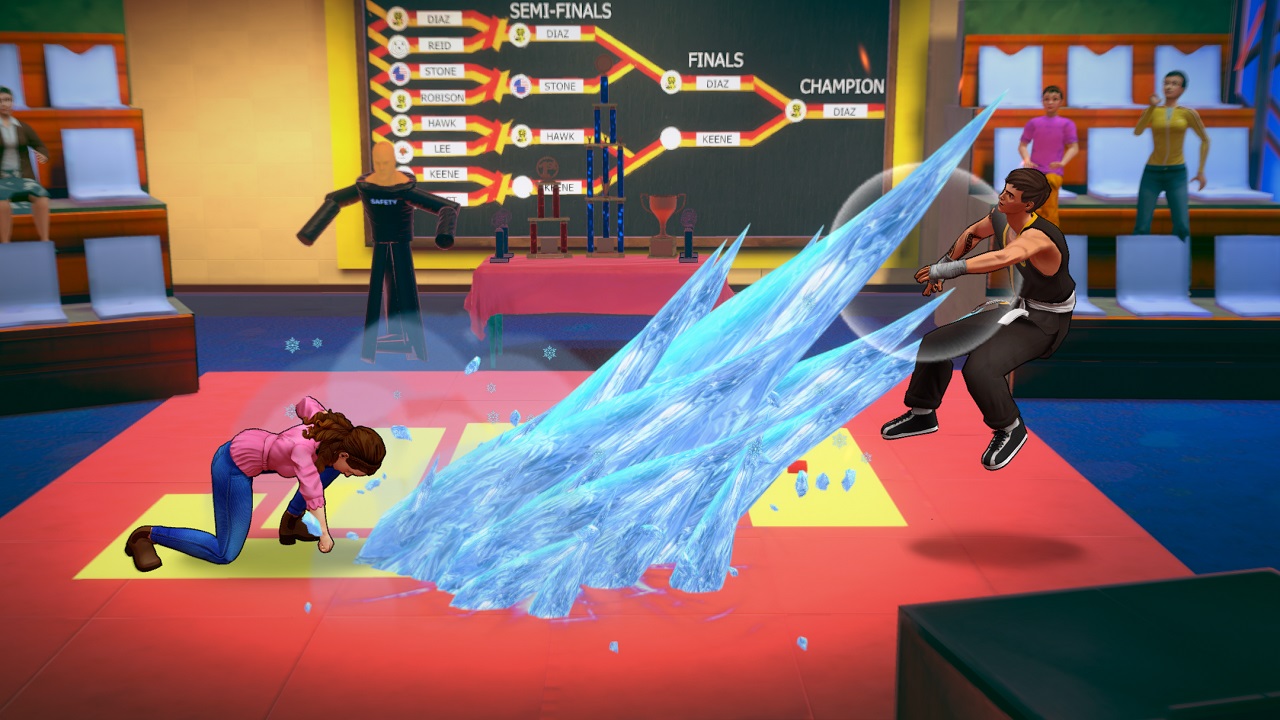 One such flaw is the visual design, which is lacking in many ways. The stilted animations are one thing, but the lack of detail in the character models, blurry textures on the environments and overall lack of polish make one wonder why a cel-shaded art style wasn’t used instead. The 3D models don’t look a lot like the main cast and cel shading would at least work at hiding some of the imperfections — although things like clipping through parts of the environment would probably still remain no matter what. It’s unfortunate too because the idea of the game is fantastic and the execution is so close to nailing things, but the effort put into the fighting systems is undercut with graphics this poor. Initially, my thought process was that it was going for a visual style akin to Double Dragon Neon — but in playing these games back to back, Neon outshines this when it comes to visually delivering the goods.

Musically, The Saga Continues is fantastic. It has a nice mix of slower, somber songs for more serene moments — like at the dojo and pumps things up with some harder rock during combat. Things go full-on hair metal during boss battles and that’s when the game shines and lets its hair down.. Enemy designs are more outlandish and the soundtrack embraces the ridiculousness in a way that fits the show well. The sound effects for attacks are decent, but pale in comparison to the ones used for throwing foes into things — which is just as well since that’s some of the most fun you can have in the game and nothing tops sending a trio of goons into three separate backgrounds objects to KO them. The voice work from the show’s cast is decent, but doesn’t match the show’s tone and falls flat. Kudos to the cast for working on the game, though, but it doesn’t feel like the material they were given was enough to get the best out of them. 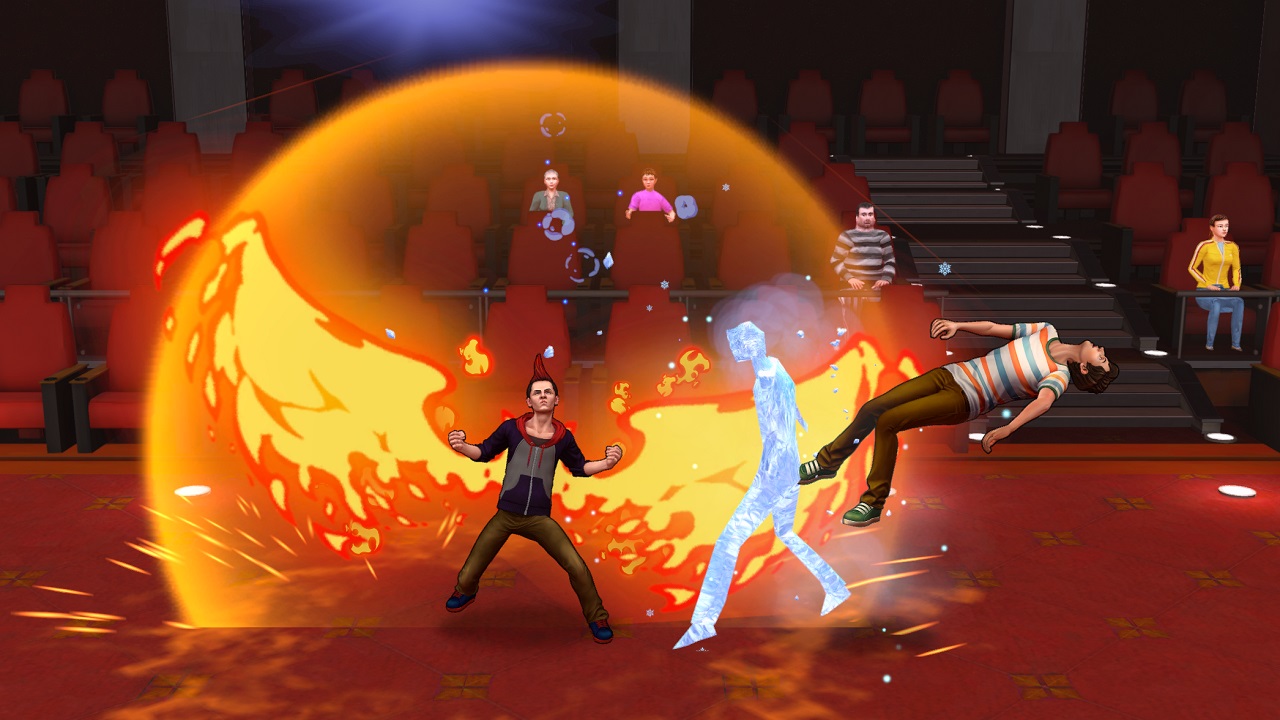 Cobra Kai: The Karate Kid Saga Continues manages to deliver a lot of excitement despite a myriad of flaws. It’s hard to think of any recent game that is so flawed in so many ways and yet manages to still deliver a lot of fun in spite of that. There are many issues with a lack of attention to detail resulting in the game feeling like it’s just a licensed game to sell based on the property, and yet it can be a blast to play and offers up more variety than is the norm for a brawler. It’s oh so close to achieving high marks from a gameplay perspective, but it’s also hurt greatly by a lack of polish that makes it a hard product to recommend at launch. In time, there’s a chance we’ll see some improvements that tighten up some of its loose ends and while that’d be unlikely to fix every issue the game has, it may result in it being a more complete experience. As it stands, it feels like a half-baked product that succeeds in spite of its shortcomings, but still needs more work to be a must-buy pickup for either fans of the show or brawler fanatics alike.