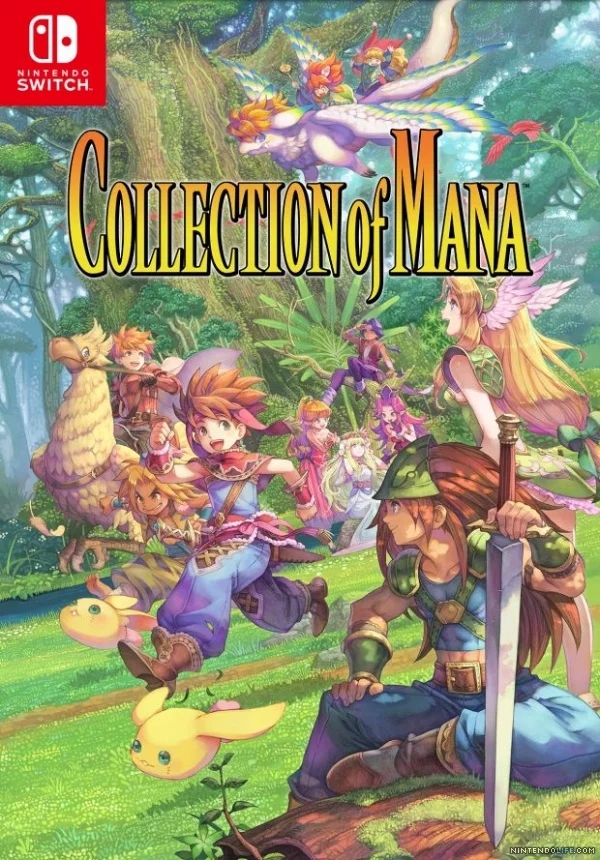 The Mana series has been a popular one since its original iterations. It made a name for itself with the SNES title and continued on with hits and misses over time. Originally released for Japan in 2017, the Collection of Mana brings to life the first three entries of the series released on Game Boy and SNES and at the time seemed as if it wasn’t going to make it to the west due to one of the titles having never been released in English. Now we’ve finally gotten it and fans of the series are thrilled to have the trio of titles. The collection contains Final Fantasy Adventure, Secret of Mana and the newly-localized Trials of Mana. With these titles being all over twenty years old, just how well does this collection bring these titles to the modern era for old and new fans alike?

The tale of most Mana titles is fairly simple and straightforward. At the center of the world lies the tree of mana, whose power due to dark forces ends begins to drain. In order to combat this, the tree seeks out a hero to defend it, most often with the sword of mana. Final Fantasy Adventure features a young man who escapes from his capture by the Dark Knight where he meets a girl he must protect in order to save the world. Secret of Mana follows a young boy who is entrusted with the sword of mana along with two allies who must fight back the dark forces who threaten their world. Finally, Trials of Mana follows a varied cast who find themselves intertwined with a Faerie who needs them to take up the role of a hero in order to help save the mana tree. While all simple in concept, each story has its own great moments of character that really displays how such a basic premise can grow and build upon the world around them.

In all three titles, players have a variety of ways to play based on their character. Core mechanics like magic and using items such as candy to heal stay consistent between. All three titles are real-time action RPGs using an overhead angle to fight enemies on screen. In Final Fantasy Adventure players find or purchase various weapons throughout their journey which are swung at enemies to attack. Some enemies require magic to be defeated, but is otherwise simple. Occasionally another party member will join but they attack sporadically. Secret of Mana has a total of eight weapons which are collected throughout the journey. Every character can use these weapons and freely switch between them at any time. Some have overworld effects such as cutting grass with a blade to progress and reaching far areas with a whip to bridge a gap. Two of the playable characters can also learn magic, and it is often required to progress the story. Finally Trials of Mana has each of the six characters using their own type of weapon. Throughout the story they will be able to upgrade their class and will be given different abilities based on the class they choose. Trials doesn’t require weapons or magic to progress story, but has the most fleshed out and fluid combat of the three. 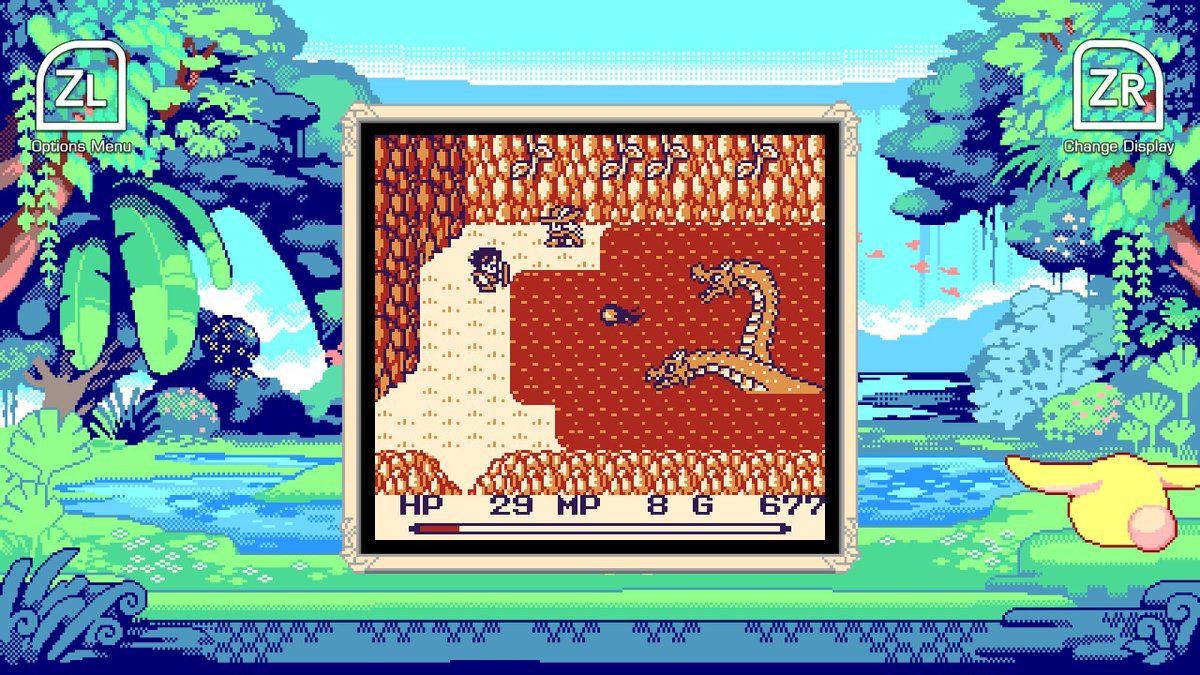 As the very first in the series, Final Fantasy Adventure is the most simple overall. The combat doesn’t have much more than swinging a weapon and occasionally using magic, but it makes up for it with creative puzzles and quality boss fights. It’s easily the most cryptic being an early Game Boy title, but makes it fun to explore and experiment on what exactly needs to be done in order to progress. The overworld is opened soon after starting and it’s just a matter of figuring out where to go next without much guidance. The one drawback is that combat doesn’t always feel fair, as the player character can quickly take tons of damage with no invincibility frames to keep enemies from hitting them. This title has also seen two remakes following this original, but for those wanting to see where it all began it’s a fun short title that is a great example of early action RPGs that still got the concept down in a fun way without resorting to turn-based combat.

Secret of Mana is the classic title that most SNES fans remember fondly. This saw a huge overhaul to how combat worked from the original and of course received impressive new visuals. The combat is a bit different, in that each attack has a cool down before it can be used again at its full strength. Attacking before this cool down is over results in a significantly weaker hit. The AI in this title can be managed and their attack patterns changed to fit the situation. They will never use magic without be commanded to do so, which is easy to navigate in the ring menus. Secret of Mana in this collection also supports up to three local players at once like the original, so friends can easily hop in and play together at any time. 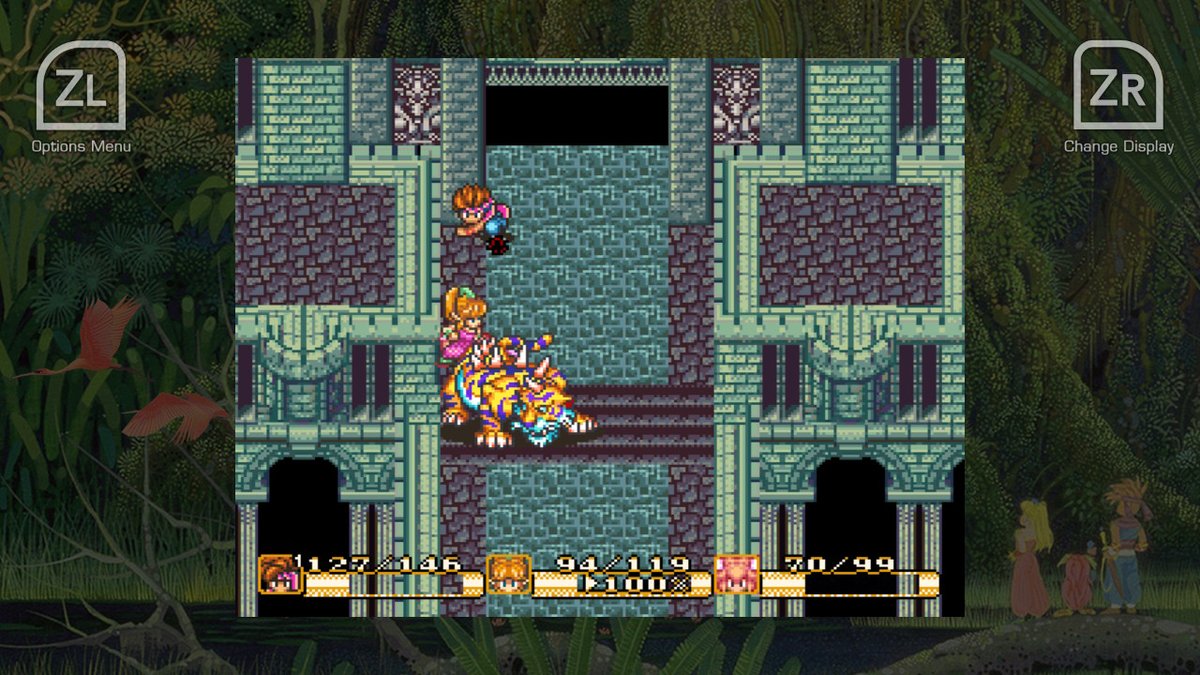 Trials of Mana is the true gem of this collection, as it’s the first time this title has ever seen Western localization and release outside of Japan. Of the three the combat and story are the most fleshed out and it’s the one that offers the most replayability by far. Unlike the previous two, this one includes six playable characters. Once started up, players select three with their first choice being their main character. Each character has their own story and ambitions, and how the story goes will depend on the characters that have been chosen. It makes it well worth playing multiple times to see all the story, not to mention character classes. Each character can end up with one of four classes depending on if they choose light or dark when given the option. This determines any spells or attack techniques they learn along the way and experimentation through multiple playthroughs makes for a great way to figure out which ones each person likes best. The one unfortunate drawback to this title is like the SNES original, it only supports two players at once despite having three available characters. While not necessarily a huge deal, it would have been nice to see the collection include a three player option.

The visuals in the collection are simply fantastic and right on par with what one would expect seeing all these titles in HD. Each title has multiple options for screen size and they all include a special background artwork. Final Fantasy Adventure even offers different colors for the screen based on which type of Game Boy the player would be using to play the original, which is a nice detail. The main title select screen allows players to look at a manual before starting, which is useful because regularly gameplay doesn’t teach mechanics at all, and even has a music player where they hear each individual soundtracks before starting up. Each title even supports quick save and quick load through an easy menu option so it’s easy to stop or continue at any time. 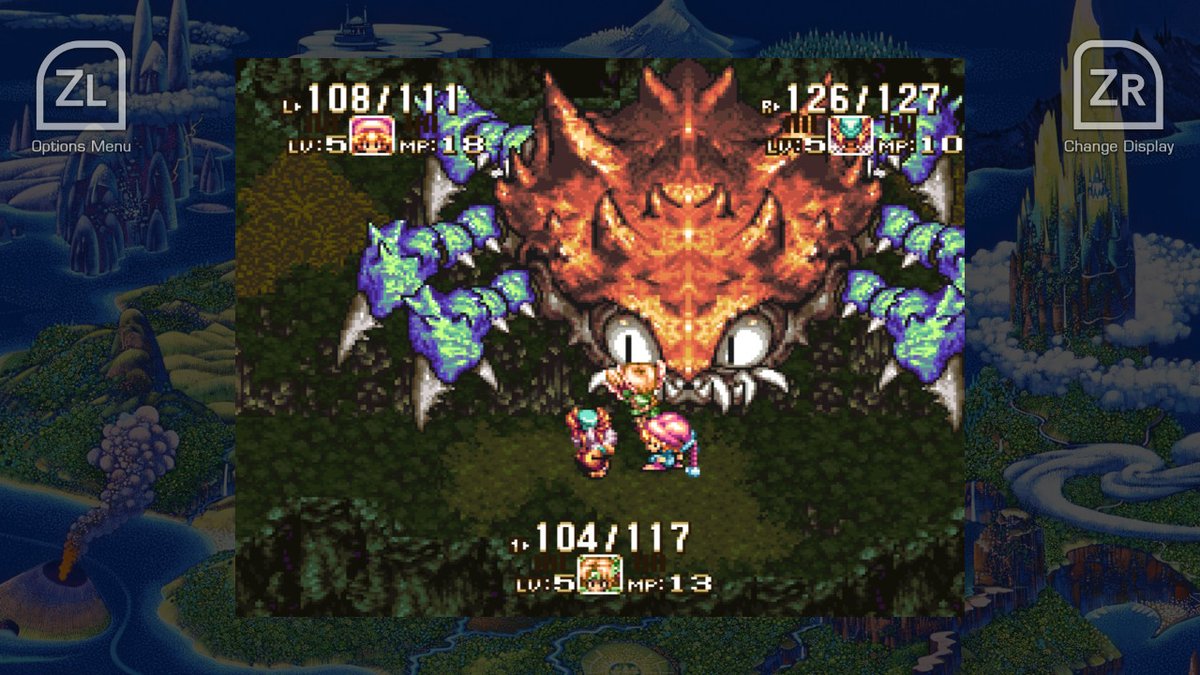 Collection of Mana is one of the greatest classic RPG assortments out there now. It’s easily worth picking up for Trials of Mana alone, but Final Fantasy Adventure and Secret of Mana are wonderful to have along for the ride as the trio that started the franchise. Anyone who has never tried these titles before is now given the opportunity in easily the best way possible, and despite the remakes these titles have or are soon going to see, it’s well worth playing each one from where they began. Collection of Mana is a title every fan of JRPGs should have whether they’ve played them or not, as they are tried and true classics that stand the test of time by still being simply outstanding well over twenty years later.