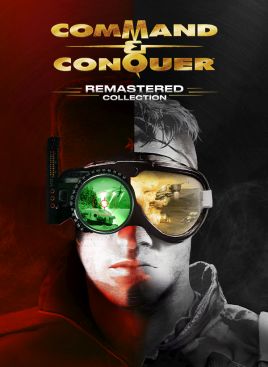 The year is 1995 and I’m sitting in front of our Packard Bell computer attempting to learn the ins and outs of this new game my dad is crazy about. If you were to know at least one thing about me, it’s that my love of strategy games comes directly from watching my dad on the computer for hours. I’d pull a chair up and watch him build empires and demolish virtual enemies. My father’s latest obsession this time was the newest installment in real-time strategy: Command & Conquer. For years after its initial release, we were die-hard Command & Conquer fans. It spoke to us on personal levels, besides being entertaining, as we grew up in the military background. Being an Army man, my father always encouraged me at a young age to explore strategic games and would often guide me while I played Command & Conquer. Back in 1995, the game was a huge hit in the RTS world and paved the way for future games in the genre like Age of Empires, Starcraft, Homeworld and countless others. The title explored novel themes like alternate historical timelines and science fiction warfare — not much was cooler than building a Tesla Coil and watching it zap approaching enemies before they could make a dent in your defenses. While these days we have some more modern Command & Conquer titles we can turn to (like the recent mobile game or the newer sequels on Steam), the originals still hold a lot of great replay value for newcomers and veterans alike.

The Remastered Collection brings both Command & Conquer and Command & Conquer: Red Alert with all DLCs to a new generation of gaming after 25 years. This collection features the same original titles like we remember, but with updated graphics, sound design and creative options with map creators. For fans of behind-the-scenes development, the collection also features a bonus gallery with unlockable developer videos, B-roll footage, photos and even unreleased music tracks.  There’s a lot to celebrate with this remaster, yet there are some glaring missteps that feel like they should have been ironed out after more than two decades. As more and more remasters and remakes are being developed, an important component of bringing beloved old games into the future is modernizing controls so that they age well. While we still get the same great gameplay that made the series great, there are a few snags in the title’s modernization. 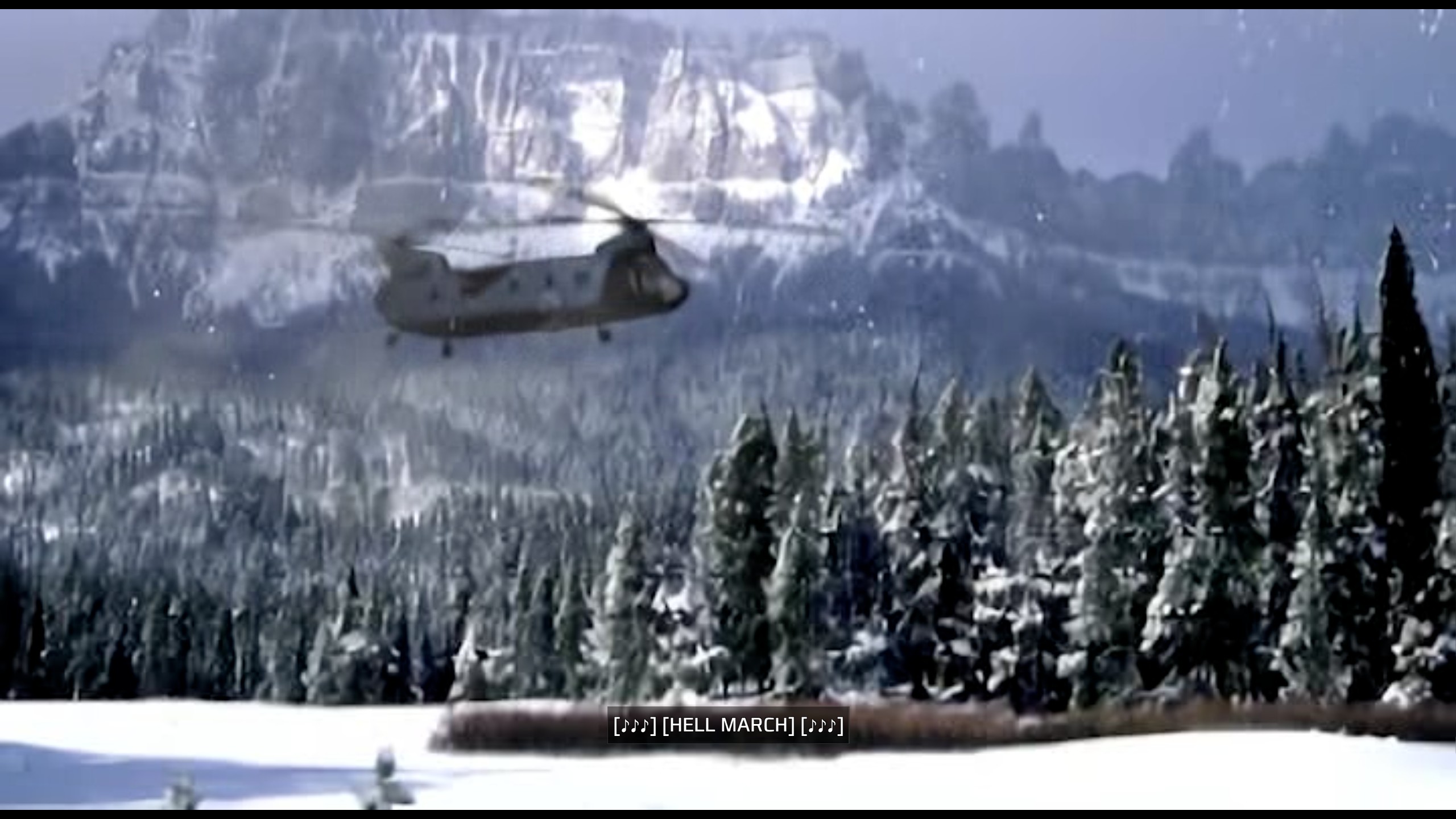 It’s been about twenty years since I last played these original C&C games, so it was an awesome blast from the past to hear the title’s opening themes and trademark sound design. Booting up the original title, players are greeted by the battle interface computer companion, EVA. Serving as the announcer for all of the gameplay, it’s awesome to hear EVA’s voice actress reprising her role to re-record her lines in high definition. EVA isn’t the only one who gets an audio upgrade, as original composer Frank Klepacki and the Tiberian Sons also return with remastered music. Let’s face it, Command & Conquer doesn’t hit as hard without that stellar soundtrack in the background. This new collection also comes with a jukebox feature that allows players to customize a personal soundtrack. For fans who may appreciate the title in its original format, there are options to toggle sound design back to its original, lower resolution.

Toggling sound design isn’t the only options veteran fans have available if they are set on reliving the title in its original format. One of the coolest features this collection offers is the ability to toggle the graphics mid-game by pressing the space bar (for my keyboard people out there). This is an identical feature some of you may remember from the Halo Master Chief Collection where one could toggle between original and remastered graphics at the press of a button. The updated 4k graphics are slick. It’s an awesome way to experience the game, especially coming in as a player of the original release. Deeper textures in the environment and updated model designs can be seen for fan favorite units. Back in my day (says the 32 year old), we only had a set amount of pixels to work with and that was just fine. It did, however, mean that “details” were usually difficult to distinguish. Newer graphics allow you to see intent behind the design that helps to elevate the science fiction genre the game is known for. This was also great for Red Alert because the sequel added cool new toys to play with.  The addition of updated graphics is welcome, but it seems the 4k resolution stopped at gameplay. 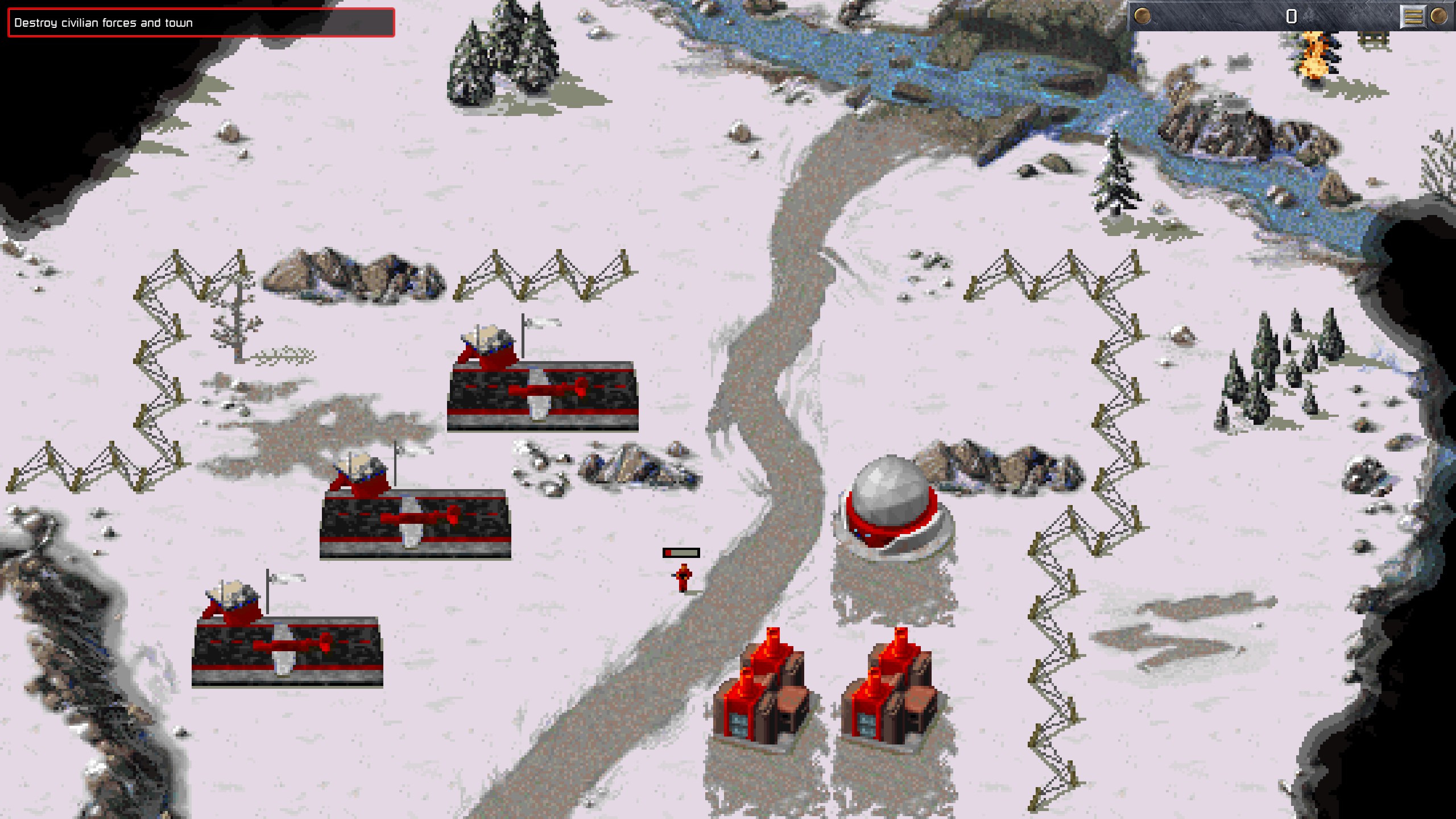 In the year 2020, where my graphics card can easily handle some of the most intense games out there (for example Wticher III at max resolution), developer Petroglyph did not feel the need to recreate their cutscenes in higher definition for the title. Are these scenes technically remastered? Yes, they are indeed smoother than their original counterparts. In scenes that are not live-action, though, players are treated to grainy, potato graphics that instantly transported me back to 1995. For a minute, I was lost in time and space thinking that I was back on that old Packard Bell PC. It’s understandable to want to keep the integrity of the original title’s cinematics, but why not also integrate the toggle function like with gameplay? Create stellar graphics with today’s development software but also give players the choice to view scenes in their original format. One of the title’s strongest, original components ends up seeming like an after-thought in this collection. The title’s cutscene graphics aren’t the only thing that miss the remastered mark either.

When remastering a title that is decades old, an important attention to detail is updating controls for more intuitive and modern controls. This collection does a lot of work with controls with an updated UI that is easier to navigate with hotkeys, new camera zooms, updated mouse controls, camera movement and more. One of the nicer things about these updated controls is the ability to create customizable hotkeys for quick reactions. One of the biggest issues in the original format was having to click back and forth between units, buildings and map areas. Additionally, I’m a fan of unit queuing in the build menu. Instead of waiting for units one at a time to finish building before new ones can be added, multiples can simply be queued. It’s necessary for sure to modernize these controls for more modern gameplay for sure, but you don’t see much updates when diving deeper into gameplay mechanics. The title suffers from some old-school mechanic issues that could have used some sprucing up. For example, there still aren’t individual unit commands like formations or patrols, which leads to just sending a mass of jumbled units on marching orders. They still step all over each other and prevent each other from getting where they need to be. We still can’t have units report from their build queue to designated waypoints — this forces players to toggle back and forth between their base and potential battles that divides attention. You’re able to set movement queues that allow you to, but only in Red Alert and not in Tiberian Dawn. There are certain advanced mechanics seen in the sequel that were not extended to the original. It unfortunately makes for some gameplay that hasn’t aged well over the years. Updating the mechanics would have been the cherry on top of the remaster. 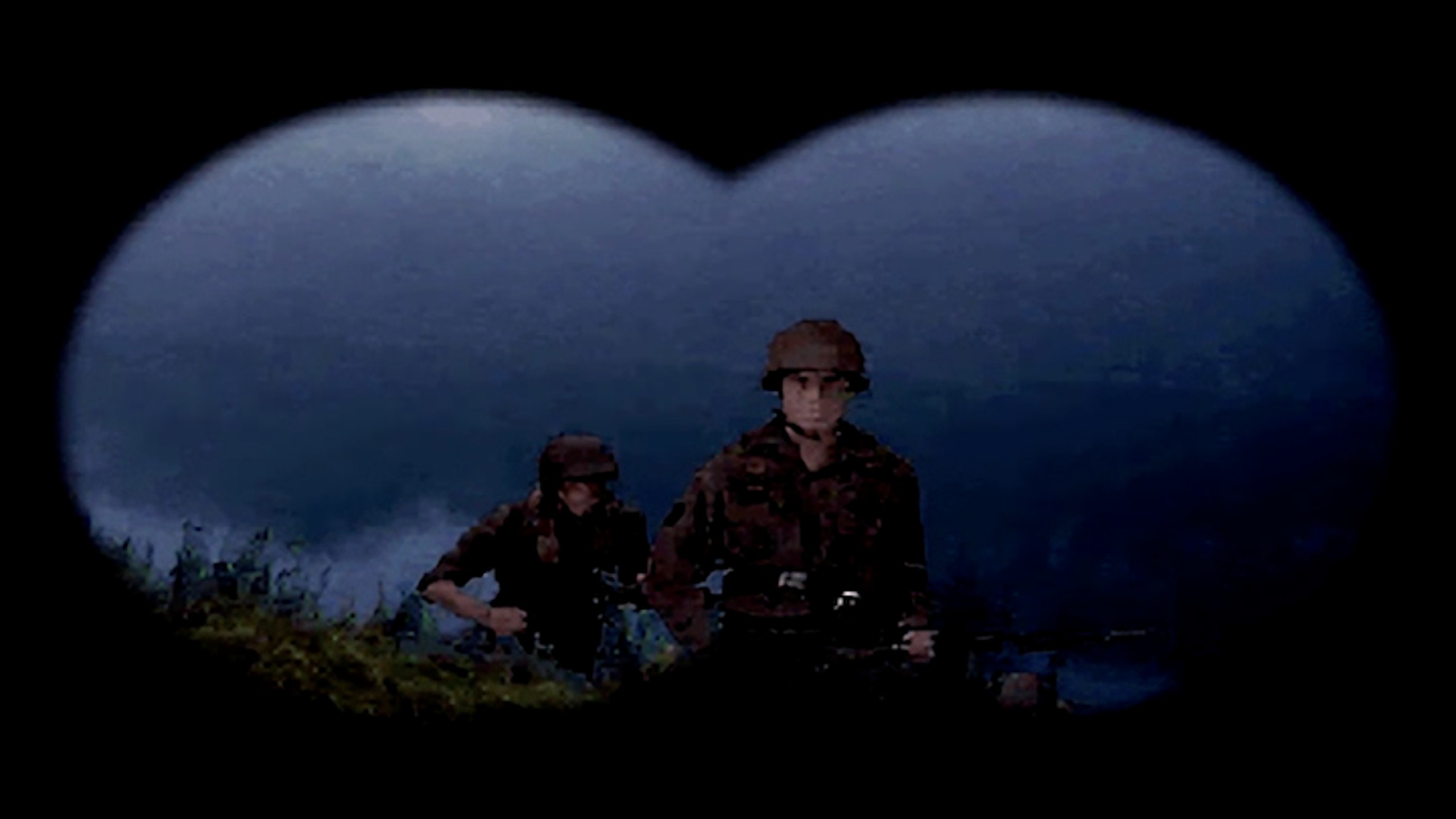 Command & Conquer Remastered Collection is a treasure trove of content for fans of all generations. Both titles in the collection look amazing with updated 4k graphics, sound design and UI controls. Aside from containing two full games, this truly is a collection of expansions, hundreds of campaign missions, multiplayer maps and bonus material. Players are allowed tons of creative freedom with map editors and mod support. It’ll be a treat to see all the creations modders can come up with. Perhaps this will even give the community opportunities to work on mods that enhance gameplay mechanics the collection is sorely missing. While the title does remaster these beloved games with a fresh coat of paint and packed content, there are some missed opportunities in updating certain cinematics and gameplay mechanics. With so much additional content, these aforementioned components seem like afterthoughts. Despite these missteps, however, Command & Conquer comes back after decades with something for everyone. With two important RTS games in one bundle, this is a serious collection for anyone wanting to get into the series and those of us wishing to return.