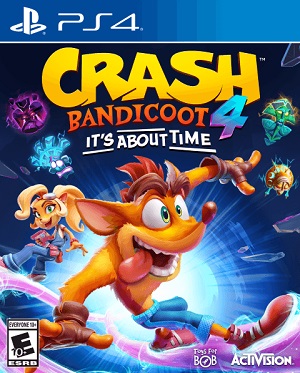 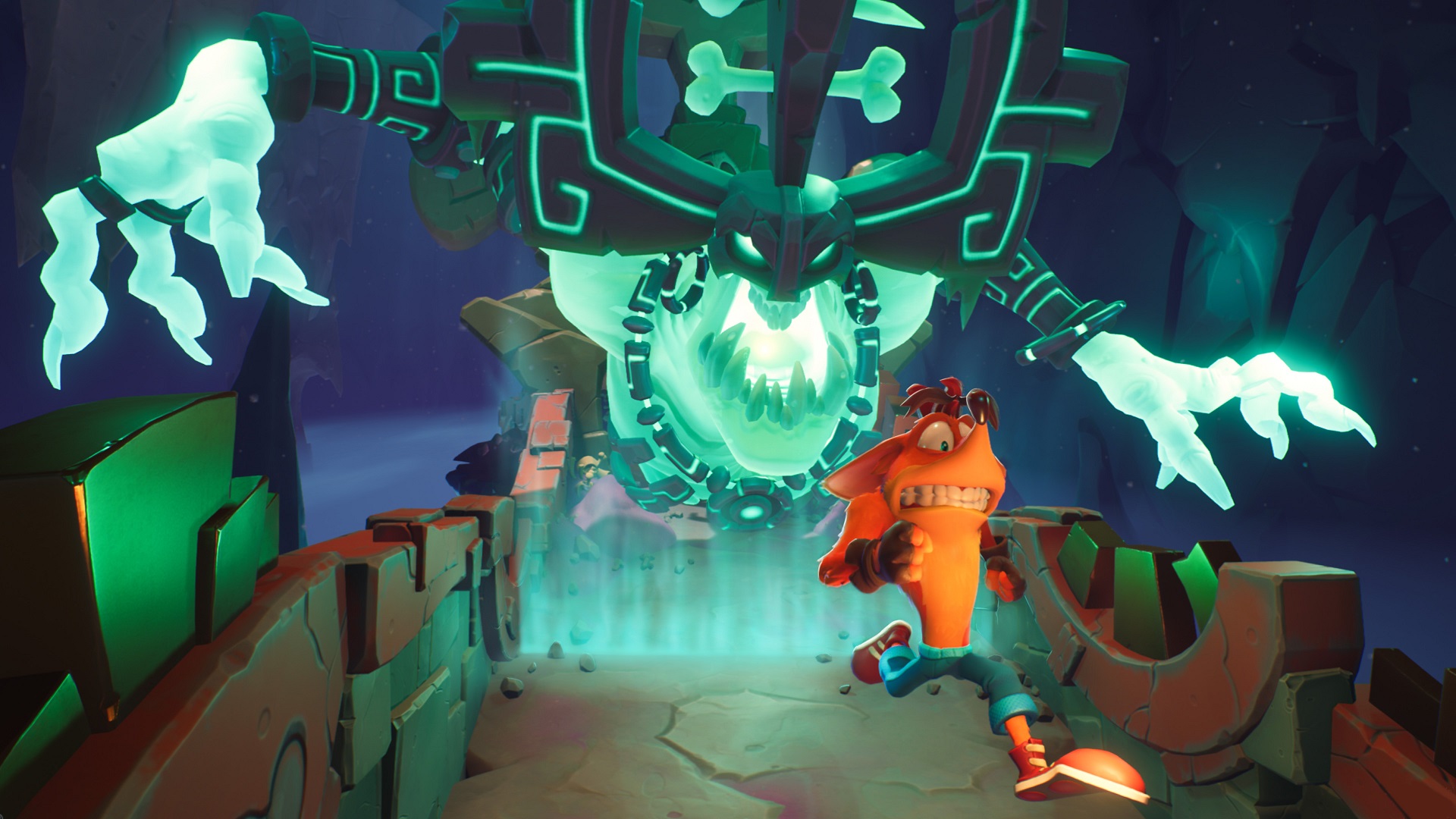 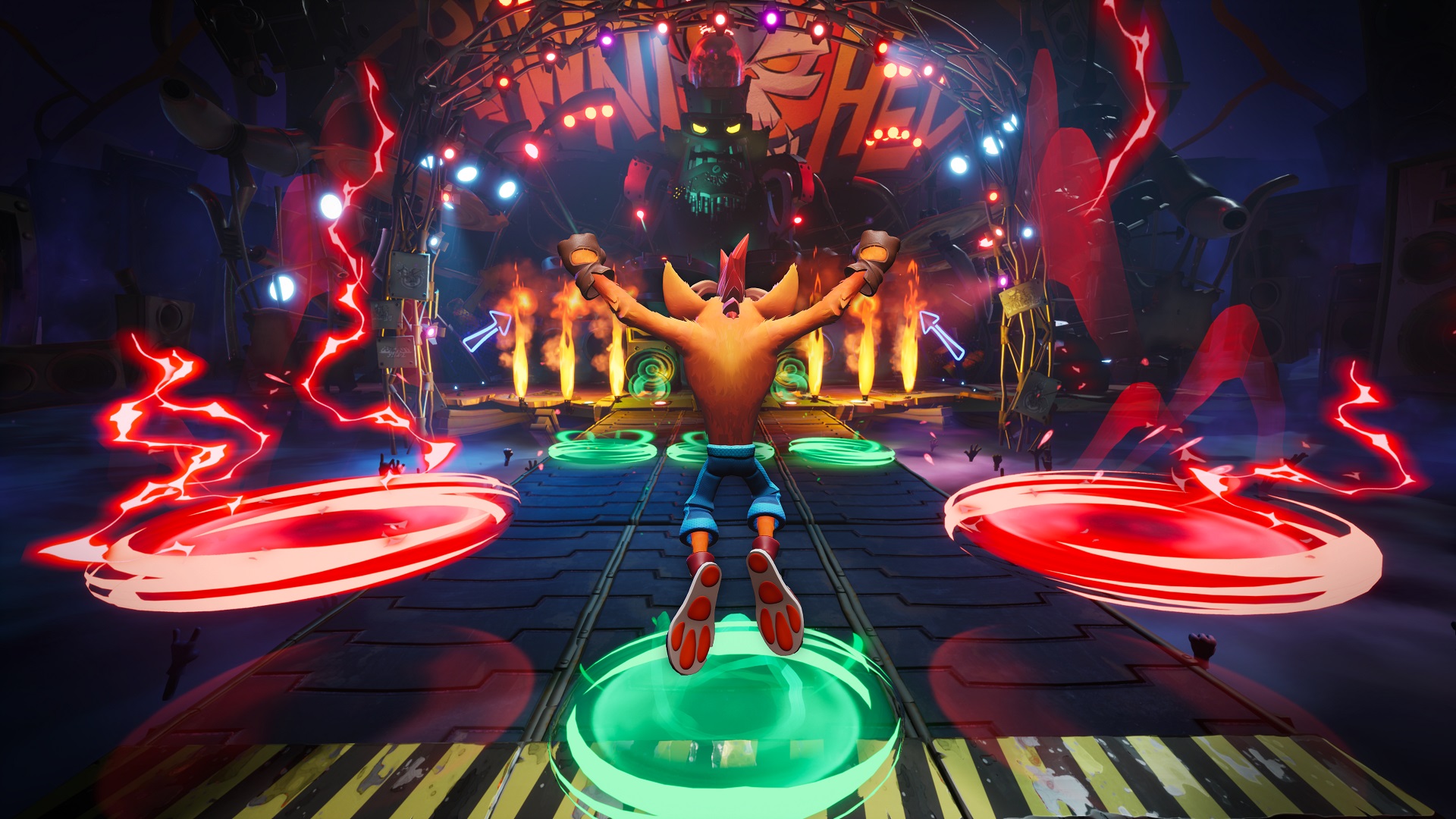 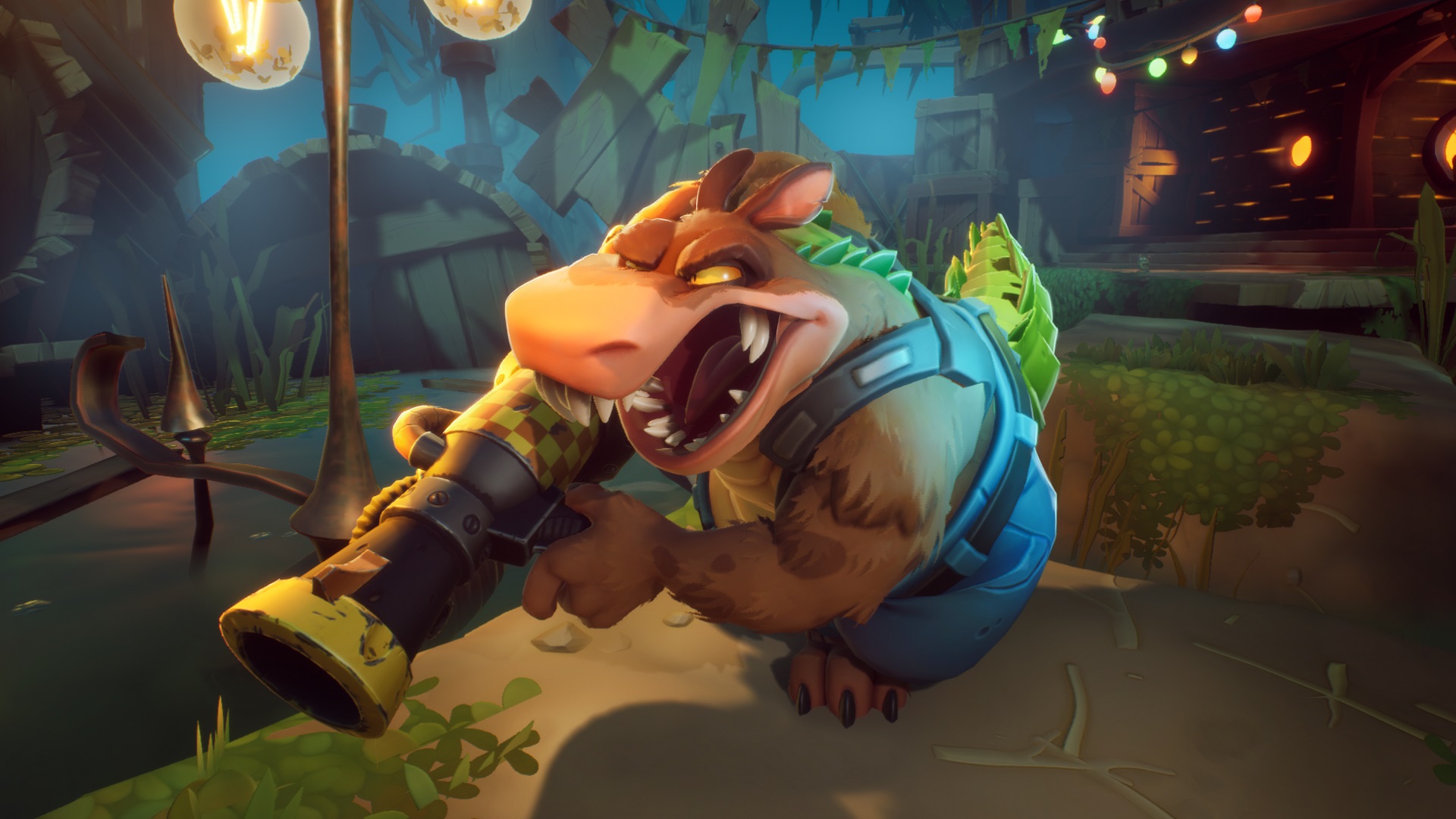 Quantum Masks are the most considerable change to the established formula, with each throwing in a unique mechanic. Lani-Loli phase shifts objects in and out of reality, Kupuna-Wa slows time, Ika-Ika flips the direction of gravity, and finally, Akano creates a whirlwind of energy that allows Crash and Coco to glide in the air and destroy nearby objects. Of the four masks, Lani-Loli and Kupuna-Wa are the easiest to understand and master. Akano is fun to use but can be a pain in precision platforming due to the physics and sometimes questionable hitboxes surrounding TNT crates. Ika-Ika, however, is the most painful to use due to the change in perspective and the built-in delay between activating the power and when it goes into effect. It’s not uncommon to frustratingly die after activating Ika-Ika and the ability not taking affect in time. When all the mechanics combine, Crash Bandicoot 4 offers fantastic platforming. The Quantum Masks do enough to shake up the Crash formula to where they don’t feel like gimmicks, though there are frustrating moments trying to master Akano and Ika-Ika. While the Quantum Masks aren’t a complete slam dunk, the new characters are. They’re all enjoyable to play with movesets that routinely shake up the formula.

Crash Bandicoot N. Sane Trilogy set a remarkable standard for what a Crash Bandicoot game could look like on current-gen platforms. Crash Bandicoot 4 goes above and beyond to deliver a colorful, smooth platformer. The game looks fantastic with gorgeously-detailed levels, beautiful hair rendering on Crash and Coco, and impressive visual effects. Though the game operates at 30fps on base consoles and unlocked on PS4 Pro and Xbox One X, it remains smooth to play throughout. Despite slick graphics fit for today’s consoles, Crash Bandicoot 4 blends new and old seamlessly into the presentation. From the grainy looking VHS-like visual style during Flashback Levels to classic PS1 style skins to the familiar tunes, there’s plenty of retro goodies for longtime fans to look and listen to throughout the game. Crash Bandicoot 4 delivers a visual presentation befitting the current-gen consoles, but doesn’t forget its roots. 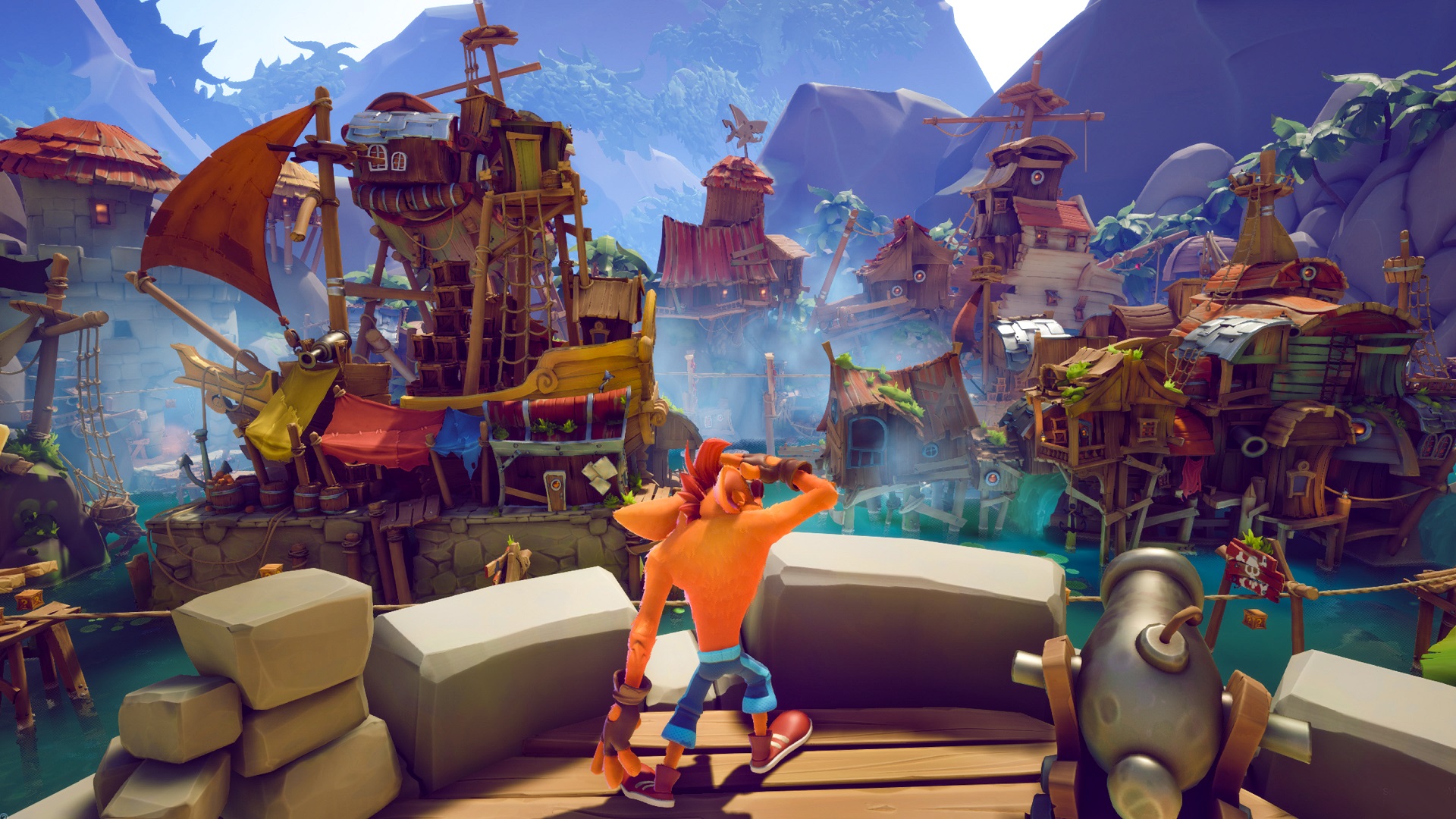 Crash Bandicoot fans have waited well over a decade for a proper follow-up that honored the legacy of Naughty Dog’s classic trilogy. Crash Bandicoot 4: It’s About Time mostly delivers on that promise, crafting an experience that embraces the mechanics that made the franchise such a hit, while adding its unique spin. The story isn’t anything special, but Crash and Coco’s story is told with such enthusiasm and charisma that it’s hard not to get sucked in for the 6-8 hour duration. The ten dimensions are wonderfully designed, filled with plenty of intricate levels that will test your platforming capabilities. Thankfully, the gameplay for Crash, Coco and the side characters remains excellent, though the new Quantum Masks and camera issues create some frustrating moments. It’s all wrapped together in a colorful and beautiful presentation that takes advantage of this current crop of hardware. It’s about time we got a good new Crash game and Crash Bandicoot 4: It’s About Time delivers just that.