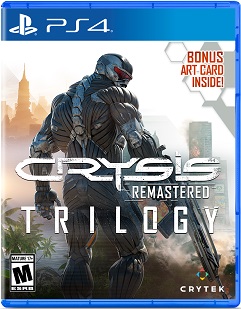 Of the many franchises released during the late 2000s and early 2010s, perhaps none have had a more significant impact on presentation than the Crysis trilogy. The original game set the bar high with immaculate visuals that many PCs today still struggle to run. Its two sequels shifted priorities so that they could run consoles but were still technical wonders in their own right. The Crysis Trilogy also worked as first-person shooters, delivering great combat in beautifully-detailed environments, at least if you were on PC. Unfortunately, the picture was less rosy on consoles due to poor image quality and a heavily unstable framerate. Now, the whole trilogy has been reborn in the form of Crysis Trilogy Remastered. While Crysis Remastered launched last year, this remastered collection includes both Crysis 2 and Crysis 3 with a new coat of pain. Does Crysis Trilogy Remastered do enough to get these games running in tip-top shape or is this a trilogy not worth revisiting?

The Crysis series mainly follows Prophet on his adventures to stop an invasion by an alien species known as the Ceph, and prevent a takeover by the villainous CELL corporation. Crysis Remastered takes Nomad, Prophet, Psycho and the rest of the team to the tropical Lingshan Islands to investigate mysterious happenings. Crysis 2 Remastered picks up three years later in New York City following an alien infestation that has left the city abandoned and in ruins. In it, players take up the role of Alcatraz, who dons Prophet’s suit following Prophet’s infection by the virus. Finally, Crysis 3 Remastered takes place 24 years later and brings the action back to a heavily-decayed New York City after spending two decades under a giant Nanodome. Prophet is back in the limelight trying to uncover the criminal CELL corporation’s plans and decipher visions from the Ceph.

Nearly the entire storyline of the Crysis franchise can be experienced in this remastered collection. None of the three games add any additional content, so if you’ve played them before, there’s nothing new here. Expect plenty of sci-fi tropes and hijinks across all three titles. Of the three games, Crysis 3 Remastered is the most story and character-focused, with nice moments that help define characters that had been primarily silent up to that point. Crysis Remastered suffers the most thanks to its silent protagonist that doesn’t return in the subsequent games, not-so-great writing and laughable performances. Crysis 2 Remastered finds itself in the middle with its intriguing premise and much-improved writing and performances, but still hampered with a silent protagonist and uninteresting characters. Notably absent from the collection is Crysis: Warhead, the original game’s single player expansion. There’s been no reason given for why it didn’t get the remaster treatment, which is a massive shame because its absence is felt. Warhead focused on the character Psycho, giving him personality and character traits that make his return in Crysis 3 feel impactful. Without Warhead, Psycho isn’t as strong of a character when booting up the final entry in the trilogy. 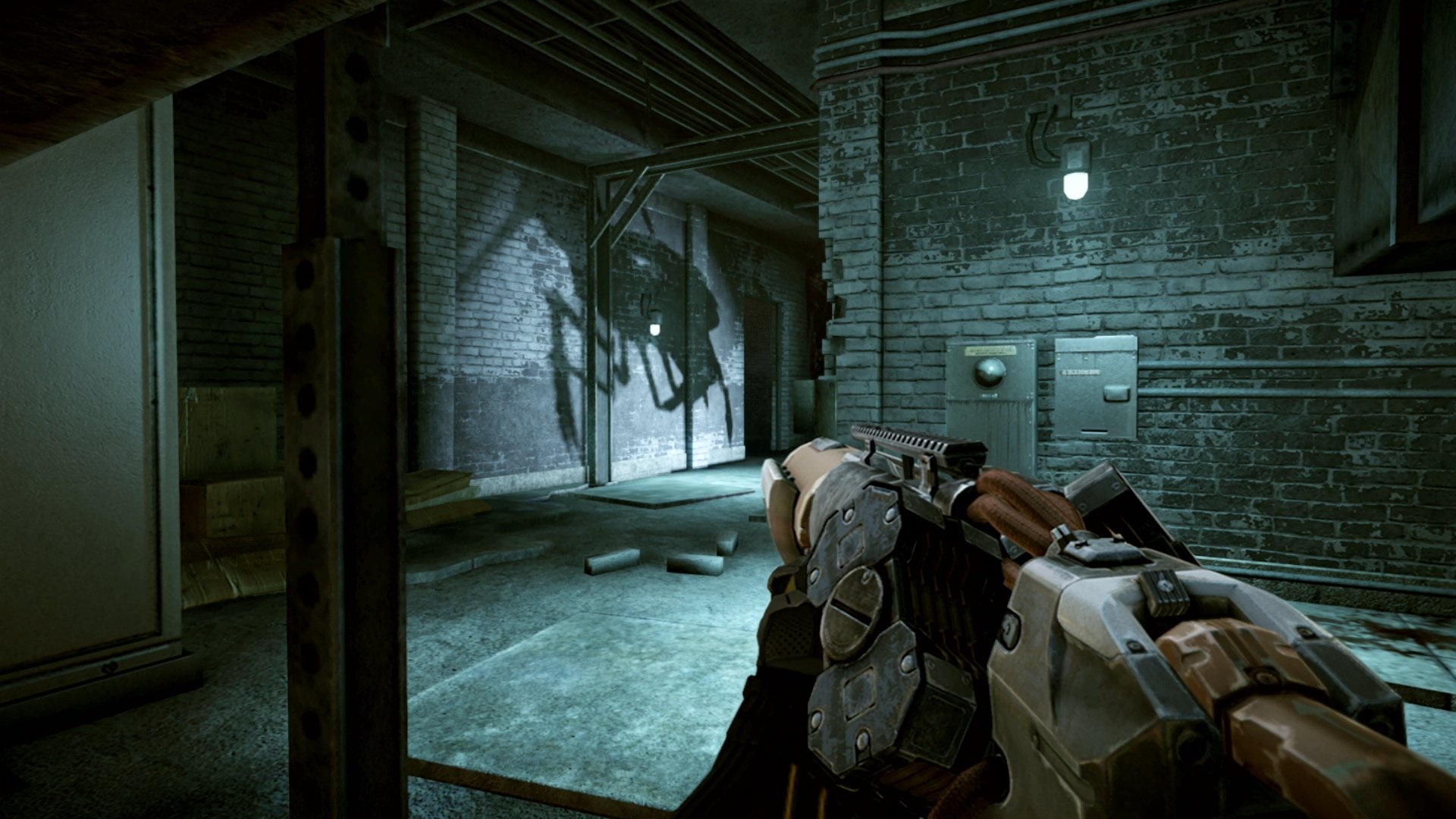 In total, each game will last you about eight hours on the default difficulty, which is a healthy amount of content in one package. All three games remain linear, pushing players towards objectives to complete levels. While all three games have this philosophy, it’s ultimately Crysis 2 Remastered that’s the most linear. Meanwhile, Crysis Remastered offers more open levels with side objectives to complete. The series’ core gameplay and design philosophy revolve around the nanosuit, which allows you to pull off superhuman feats. Across the three titles, you’ll be put in several small sandboxes with enemies and then set loose to tackle them as you see fit. Want to use stealth? Cloak yourself and sneak around in the bushes. Want to go in guns blazing? Turn on Armor and fire away. Though set in different environments (jungle for Crysis, urban jungle for Crysis 2 and mixed for Crysis 3), all three titles provide satisfying sandboxes and tools to get the job done.

Gameplay across all three titles holds up surprisingly well all these years later. The three titles operate like traditional shooters but with their own twists that make them satisfy to play. Guns are great to fire and the real-time gun customization offered is such a great feature that it’s hard to understand why more games haven’t adopted it. In addition, Crysis 3 Remastered gets additional gameplay mechanics like hacking and the bow that further add to the sandbox gameplay. Despite it being close to a decade since these games first released, the gameplay holds up well today.

As a remaster, it’s the presentation and performance that are most overhauled. Considering how poorly these games ran on PS3 and Xbox 360, any upgrade is worthwhile. The question is how far Crytek and Saber Interactive pushed the envelope with these remasters. Crysis Remastered launched last year in a poor state. Since then, the developers have improved the performance and added new features that bring the console experience more in-line with the PC version. To sweeten the pot further, the ‘Ascension’ level that had been cut was added in via a patch. This isn’t to say that everything is golden. Despite offering three modes (Quality, Performance and Raytracing), none of them entirely delivered a stable performance on either a PS4 Pro or PS5. Crysis Remastered is by far the least optimized of the three games, which might be why the developers scrapped different modes for its sequels. 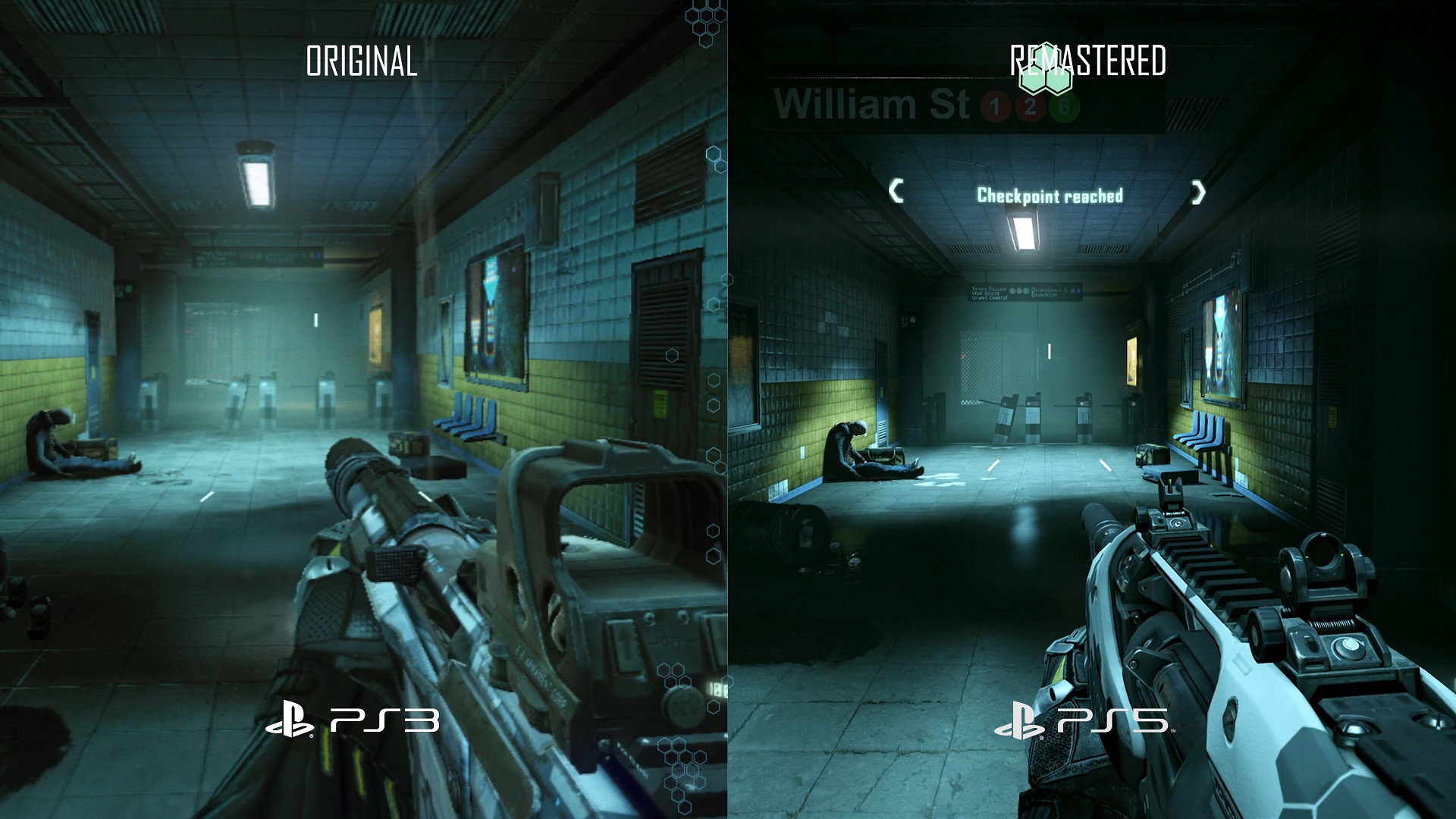 Crysis 2 Remastered has received the bulk of the attention in the collection. First released in 2011, the game performed poorly on the then-current consoles. Not so anymore, with a beautiful dynamic 4K presentation on the enhanced last-gen consoles and current-gen machines. Nearly every asset has been retouched, giving the world a more vibrant and realistic look. When playing on a PS5 or an Xbox Series X|S, players get additional features like tessellation, increased particle effects, and most importantly, a smooth 60fps performance. Both the PS4 and Xbox One versions are stuck at 30fps, but at least it’s stable. The only downside to Crysis 2 Remastered is its AI, which remains untouched and unintelligent. Despite having stealth options, this is the game that’s best played like a typical shooter as the AI randomly activates most of the time you uncloak or step out from behind cover.

Crysis 3 launched in 2013 right at the tail-end of the PS3/Xbox 360 era. Coming over to PS4 and Xbox One, the game still holds up, carrying over many of the enhancements found in Crysis 2 Remastered. When playing on a PS5 or Xbox Series X|S, you’ll get the same additional effects and performance boosts as the previous game. You also get further gameplay enhancements not found in Crysis or Crysis 2. These include a bow and hacking, which make stealth a far more viable option. The AI is also leagues better, though it still lags behind modern standards.

Overall, these are significant updates to games that never performed well on consoles. Both Crysis 2 Remastered and Crysis 3 Remastered look and sound fantastic, and though they don’t look current-gen, they do hold up well compared to PS4 and Xbox One games. That’s not to say there aren’t issues or disappointments. For one, random freezes happen across all three games when autosaving checkpoints. Also, it’s disappointing not seeing raytracing return for Crysis 2 Remastered or Crysis 3 Remastered on consoles, but that’s probably more a positive considering how unoptimized Crysis Remastered remains to this day. Native PS5 and Xbox Series X|S versions would have been preferred for further enhancements and features like fast loading, but what the developers have managed to accomplish via backwards compatibility is impressive. What we get are great-looking games with set-in-stone graphical settings that still play well despite issues with their campaigns and AI. 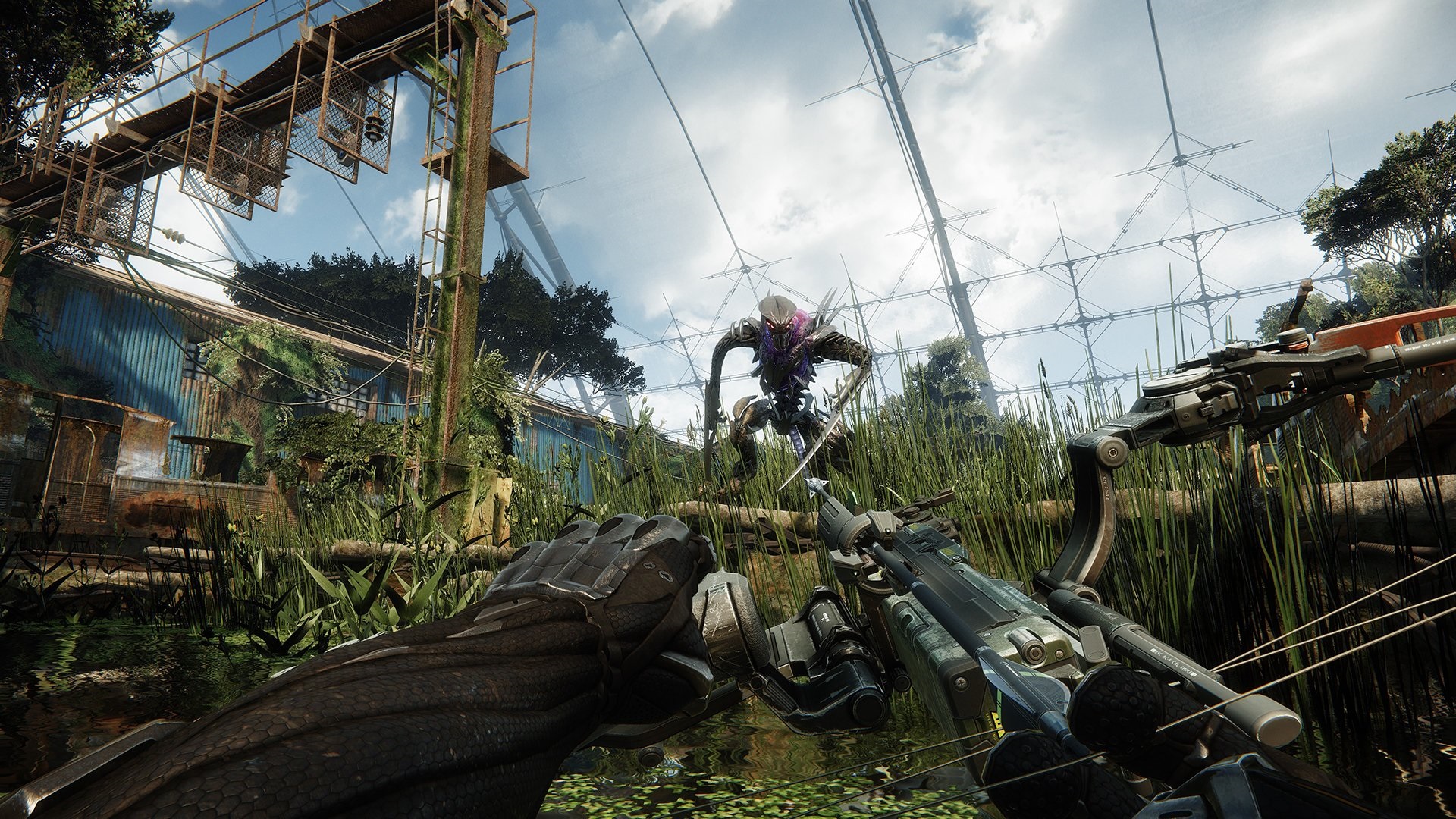 The Crysis trilogy gained fame for its presentation more than anything else, which is a shame because underneath all the high-quality textures, models and environments lurked fun shooters. While available on consoles, however, the series was clearly a PC franchise that struggled to run on other platforms. The Crysis Remastered Trilogy fixes that, finally delivering all three games at higher resolutions and stable frame rates. While Crysis Remastered remains an outlier and in need of more optimization, Crysis 2 Remastered and Crysis 3 Remastered are beautifully remastered for both current and last-gen consoles. All the titles remain fun and functional to play with only the brain-dead AI hampering the experience. You, unfortunately, can’t say it’s the complete Crysis experience with the absence of Warhead, which in turn hurts the story of Crysis 3 Remastered. Overall, Crysis Remastered Trilogy is a great set of remasters and those who skipped these games initially should strap on their nanosuits and give the franchise a shot.