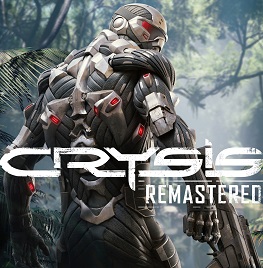 Crysis’s place in history was sealed when it first launched in 2007. Arriving exclusively on PC, the insanely high PC requirements birthed the “Can it Run Crysis” meme. Even today, Crysis remains a challenging game to get running to today’s standards, no less on consoles. Spawning two sequels and a port of the original game to PS3 and Xbox 360, the Crysis franchise has always been demanding. Perhaps that’s why it’s so shocking that Crysis Remastered is on Nintendo Switch. Handled by Saber Interactive, the same studio that ported The Witcher 3: Wild Hunt to Switch, the studio has the unenviable task of getting one of the most-demanding games ever created running on Nintendo’s platform (PS4, Xbox One,and PC versions were delayed). Can the Switch run Crysis Remastered or is it too much for Nintendo’s hybrid console to handle?

Crysis Remastered occurs in 2020 when North Korean forces seize control of the Lingshan Islands after American archaeologists make a discovery. Fearing the loss of what the archaeologists discovered falling into North Korean hands, Raptor Team is sent to infiltrate the island and evacuate it. You control Nomad, a member of the unit equipped with a technologically advanced Nanosuit, and land in the forest to quickly discover it’s not just the North Koreans Raptor Team has to worry about.

Crysis Remastered is a beat-for-beat repeat of the 2007 game’s plot, for better or worse. The plot is a typical military shooter plot from the late 2000s. Gruff soldiers yell at each other, a crazy plot twist that turns everything on its head and an open-ending hints at a sequel. The plot is nothing special and is often setback by corny and bland cut scenes, truly dated character models and lip-syncing issues, but the game does a good job shuffling players from area to area and highlighting what the game is best at, gunplay. 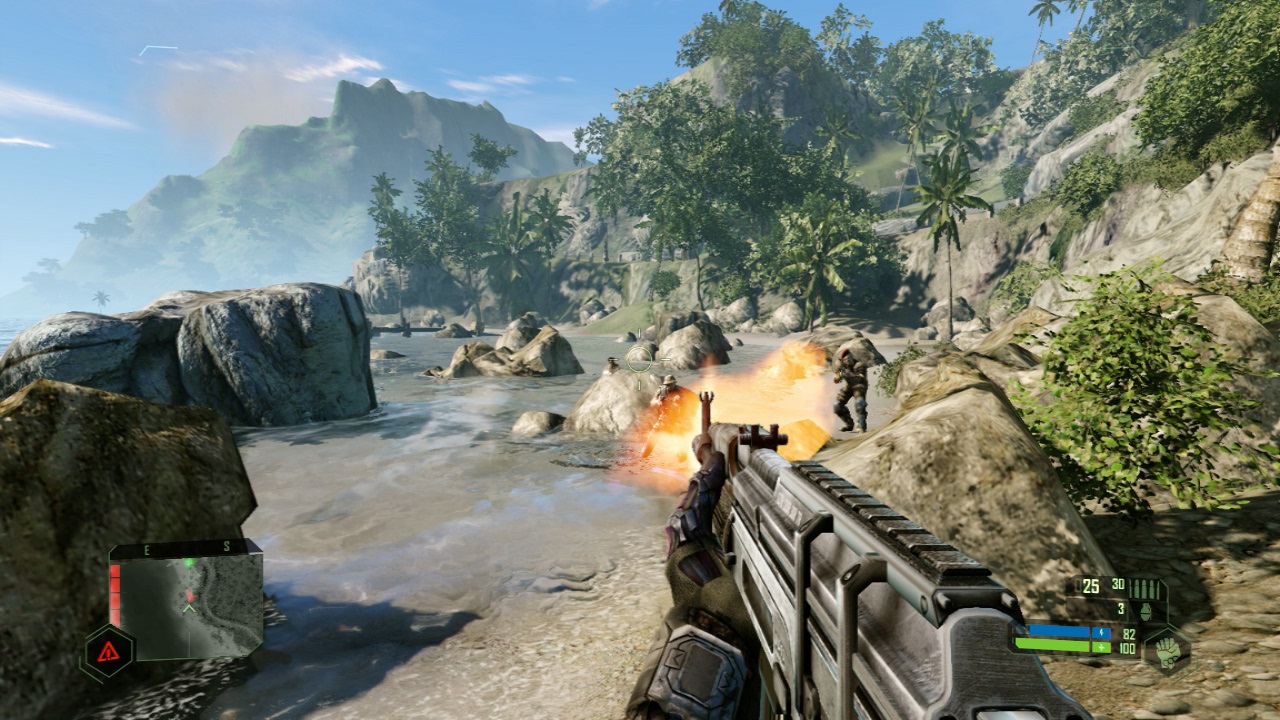 Lasting around 6-8 hours, Crysis’ campaign is decent, though the remaster is lacking some key story beats. Most notably, the level “Ascension,” which was cut from the PS3 and Xbox 360 ports, remains missing. The remaster also doesn’t include the Warhead expansion, which further builds out Psycho’s character. It also nixes the original’s multiplayer mode. Still, Crysis Remastered is a decent length for a shooter, especially at only $29.99.

What made Crysis so revolutionary for the time was its beautifully-rendered world and how players could explore it in different ways. Despite the expected cutbacks in the visual department, pretty much all remains true on Nintendo Switch. Crysis Remastered’s Lingshan Islands is a lush playground open for players to explore as they work to complete their objectives.

Helping complete those objectives is the Nanosuit, a powerful piece of hardware that gives players the freedom to tackle encounters as they see fit. In the original PC version, players could alternate between four different modes: strength, speed, stealth and armor. Crysis Remastered uses the streamlined controls of the PS3 and Xbox 360 port with the stealth and armor options assigned to the shoulder buttons. Meanwhile, strength and speed are contextually based on what actions you’re performing. When jumping, meleeing or throwing objects, strength mode activates. When sprinting, speed mode activates. It gets the job done, but lacks the precision of the PC original. For example, there’s no way to sprint normally. It’s either use all your energy to speed sprint or walk slowly. 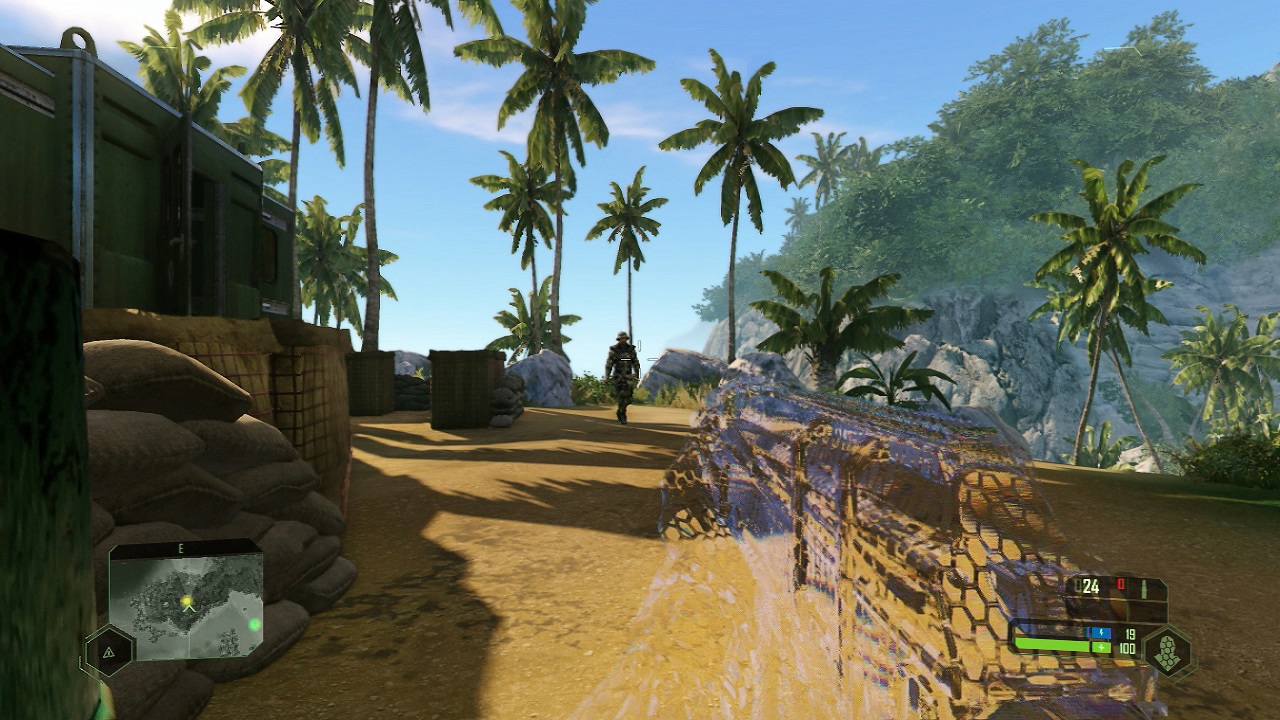 While the stealth and armor options offer you two different ways to approach encounters, players also get a robust weapon customization system. By holding down the ‘minus’ button, players can swap different weapon mods on the fly. Want to turn your assault rifle into a precision marksman rifle? Slap on a sniper scope and laser attachment. There are many options to choose from and plenty of different gameplay opportunities to take advantage of inside the Crysis sandbox. It also helps that shooting on the Switch is a solid experience for the most part. While the Joy-Cons get the job done, Crysis Remastered is at its best and most precise on a Switch Pro Controller. The Switch version does include gyro controls, but their sluggishness and inability to adjust the sensitivity made them more of a liability than a helping hand. Whether Joy-Con or Pro Controller, the game at least feels good to play, as long as you disable gyro.

Unfortunately, many of Crysis’ more significant problems remain intact. While the first two-thirds of the game focus on human enemies and give players control over how they tackle combat, the final third takes most of that away. Instead, it throws a new enemy type that forces players to disregard much of what made Crysis special in the first place. From there, the focus is more on dealing with bullet-sponge enemies and set-piece moments. The original’s overly-sensitive vehicle handling also shows up to make driving around a pain and the AI can be brutally precise at the worst of times.

Crysis Remastered keeps intact the best elements of the original game, but also the worst. The Nanosuit continues to be the franchise’s best aspect, working in tandem with open environments to create unique opportunities. Though the console solution minimizes some of its capabilities, the core functionality and usefulness remains. The act of actually playing the game remains enjoyable and the weapon customization injects variety into the experience. It’s just unfortunate that the last third of the game is marred by a frustrating plot twist that turns the gameplay into something very unlike the past two-thirds of the game. 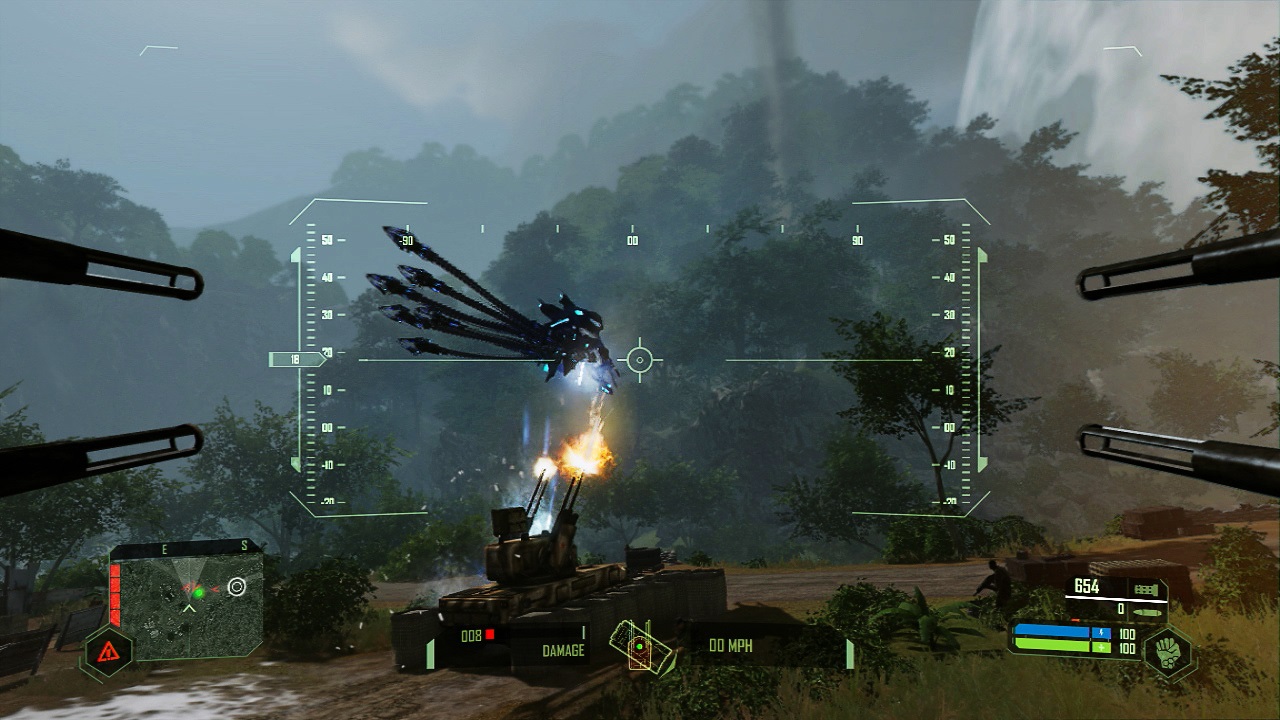 Crysis was a fun gameplay experience back in 2007, but it’s mostly remembered for its insane visual details and effects. The high bar the game set is something that both sequels never managed to hit, and the PS3 and Xbox 360 port fell far from. The Nintendo Switch obviously couldn’t meet the PC’s high standards but is still jaw-dropping when standing still. Warm lighting, gorgeous vistas, and well-detailed weapons make for one of the better-looking Switch games on the market and even manages to run and look better than the last-gen console ports. It’s a different story, however, when the game is in motion.

Crysis Remastered utilizes a dynamic resolution in both docked and handheld mode that consistently drops during intense gameplay segments. The action can get blurry at times with distant objects challenging to make out while the resolution adjusts. Likewise, the framerate is mostly stable, turning in 30fps most of the time in the jungle. It regularly dips into the low-20s and even high-teens when in high-intensity firefights, though. It’s not as bad as any of the PS3 and Xbox 360 era Crysis games, but the framerate on Switch can hamper the experience. 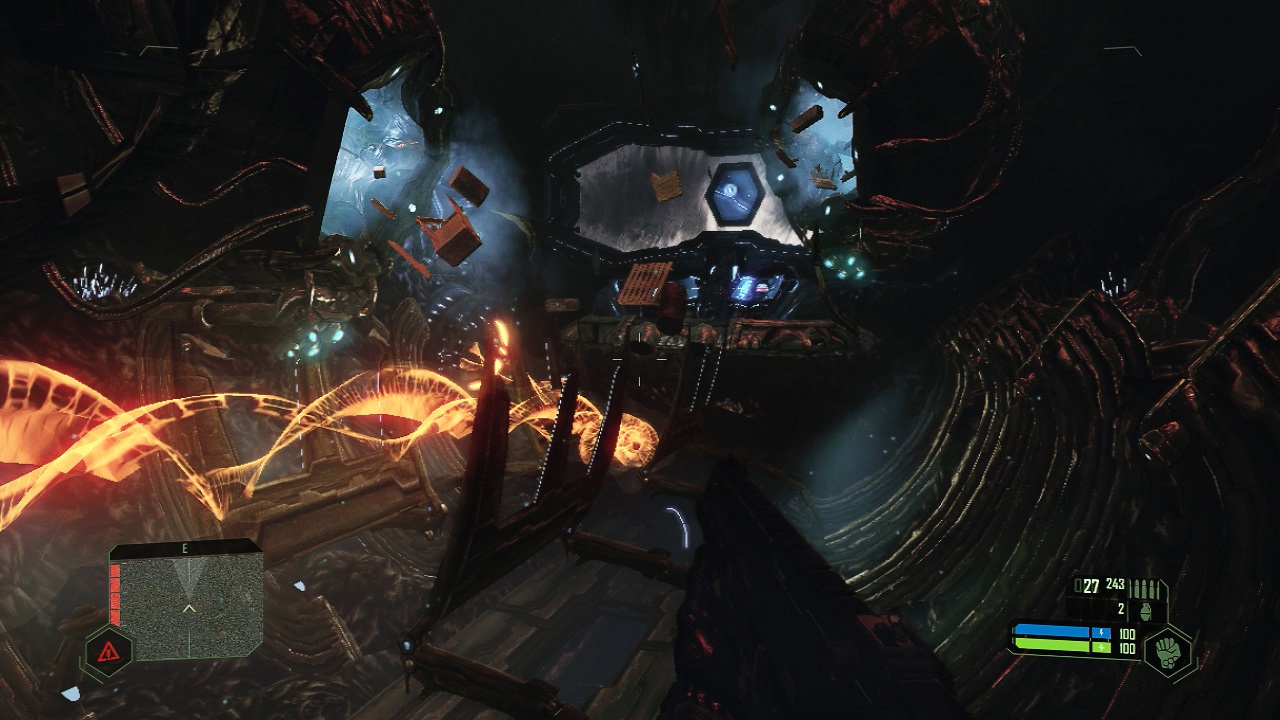 Once upon a time, it was impossible to run Crysis without melting your PC. Sure, you could play it on PS3 or Xbox 360, but hardware limitations handicapped the experience. Many of those limitations crop up again on Switch, but developer Saber Interactive has mostly managed to get it to work. What worked about the original release like the open environments, Nanosuit and deep weapon customization are all back and work near flawlessly. Running around the Lingshan Islands remains fun, though the final third of the game returns to mar the experience. From a technical perspective, Crysis Remastered looks fantastic when taking in the sights, but that presentation is ultimately marred by consistent and noticeable framerate hiccups and technical issues. Crysis Remastered manages to outshine the PS3 and Xbox 360 console versions and stands as a solid return to the Crysis franchise. It just feels like too much was sacrificed to get such a demanding game running on the Switch.