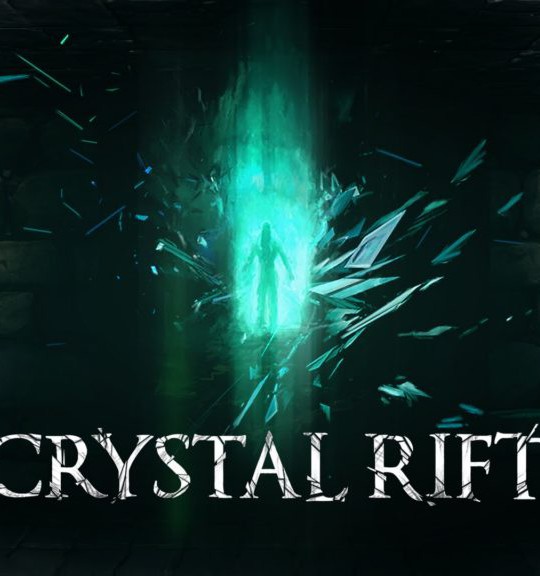 It wasn’t that long ago that virtual reality headsets such as the PlayStation VR, HTC Vive and Oculus Rift were deep in development. Since then, we’ve seen many new games come about, though some have been around before consumers could even play them. Crystal Rift is one such title which was initially developed and played via Oculus Rift development kits. It gained an early audience due to being a bit more of a standard “game” than other experiences at the time. Throwing in a heaping helping of jump scares also ensured that folks would have fun scaring friends or amusing viewers. With its origins placed so firmly on the Rift, it was a bit of a surprise to see Crystal Rift come to PSVR. Does this title still hold up in the face of a colorful library of virtual reality goodness?

The truth is that Crystal Rift has always been a fairly simple game, but one that offers a good deal of play time when compared to other VR releases. Many games on PSVR (or other headsets) are only an hour or two long while this one has more than twenty stages to explore. Chances are, you’ll clock in closer to ten hours on this depending on your skill at solving puzzles. However, aside from length there’s not much to congratulate Crystal Rift on. Basically, players are thrust into a dungeon and asked to explore each level, survive the monsters and traps lurking within, and eventually make their way to the end. There’s a bit of storytelling (told primarily through notes you pick up) but the tale is rather tacked on.

Crystal Rift’s gameplay follows a generally predictable pattern. Exploring each level results in collecting keys or crystals to unlock doors and occasionally fighting an enemy or two with an increasing stash of weapons. Maneuvering through the world plays very much like a first-person dungeon crawler. Each step forward is like a hop on an invisible grid, and this becomes all the more obvious upon fighting monsters. In order to totally trounce them, all one usually needs to do is step forward to attack and back when the baddie is finally ready to strike back. This gridded movement scheme is required as otherwise areas requiring precise movement would be harder to gauge in virtual reality. For example, sprinting from danger across a thin, winding platform is made far less frustrating by at least knowing exactly how many moves forward, left, and right to ensure you don’t fall off. 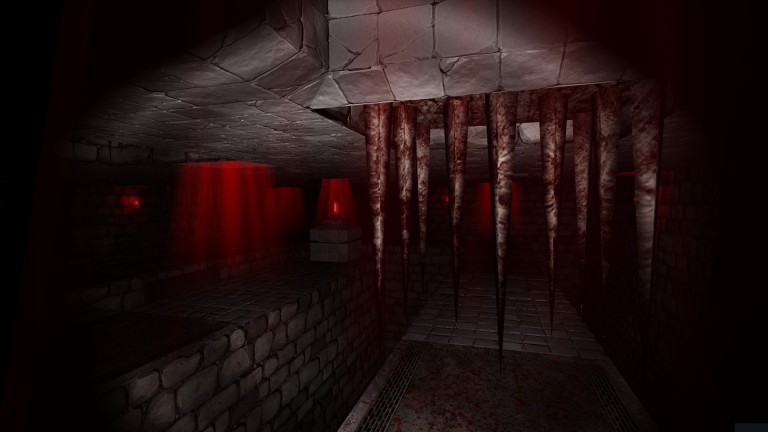 This game’s status as a release early in the virtual reality cycle also ensures it offers multiple locomotion settings. Movement forward as well as turning can be modified independently, as can the level of “scariness” presented to players. Unfortunately, the jump scares toggle is one of the most eye-rolling aspects of Crystal Rift – and a holdover from the earliest releases on Rift. The jump scares are never meant to be truly frightening. Their connection to the storyline may be there, but it’s hardly helping to build a creepy atmosphere. Instead, things just pop up for no reason before quickly dissipating again. Other times, elements like glowing red eyes look entirely non-menacing and silly in the background.

There’s also a matter of the visuals which easily are some of the least engaging on PSVR to date. Exploring dungeons results in a great deal of wandering down corridors, looking carefully at droll brick walls in order to keep an eye out for interactive objects, and fighting simplistic enemies. Things look ever so slightly better if you opt to not play with a headset on, but the graphics are still totally uninspired and tremendously underwhelming by PSVR standards. Visuals alone don’t make or break this game, but they certainly don’t help players overlook that gameplay itself is often a slog. 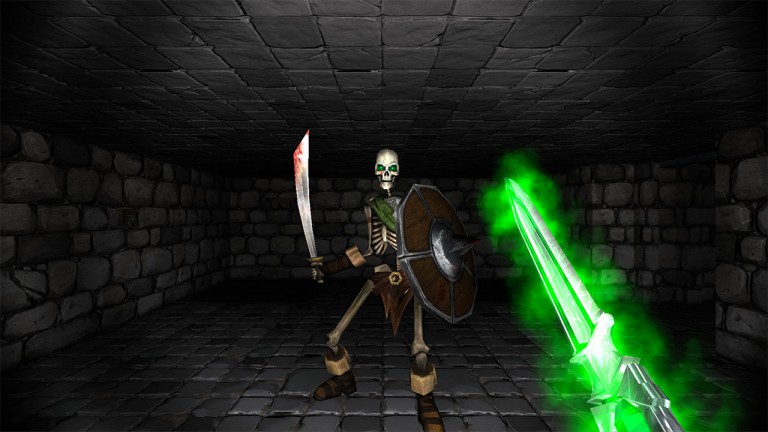 There’s a growing library of games on PSVR that are worthy of checking out. Even some games originally devised for the Oculus Rift (such as Keep Talking and Nobody Explodes) work wonderfully on Sony’s headset. Others, like Crystal Rift, is a relic of an earlier era for virtual reality. In their time they won deserved praise because few developers had created complete games for the hardware. At this point gamers are simply looking for more sophisticated experiences with their expensive headsets. Crystal Rift might keep players exploring for a while, but it feels like a prototype for a better game which doesn’t yet exist.