The one aspect of games reviewing I hate is attaching a numerical value to my opinion, because in many cases that number will be meaningless. Culdcept SAGA is one of these cases, with gameplay far too bizarre to be so easily quantified. Culdcept has more in common with classic tabletop war and strategy board games like Settlers of Cataan than any console RPG of any type, so players who adore board and card games are probably going to love it. More general game fans, even RPG fans? Probably not so much.

Good thing: you’ve probably never played anything like Culdcept SAGA before, unless you played Culdcept on the PS2 or have a mad-on for video versions of board games like XBLA’s Catan. Bad thing: there is a good chance that Culdcept is going to be absolutely incomprehensible to you. The gameplay is difficult, complex, slow-paced, and highly randomized. All of the game’s basic mechanics are well-documented, but you’ll have to shift through a hefty manual and do a lot of in-game reading to figure out everything you need to know. Some mechanics may present themselves as unpleasant surprises the first time you encounter them in the single-player campaign, but mastering everything adds a lot of depth to the proceedings. 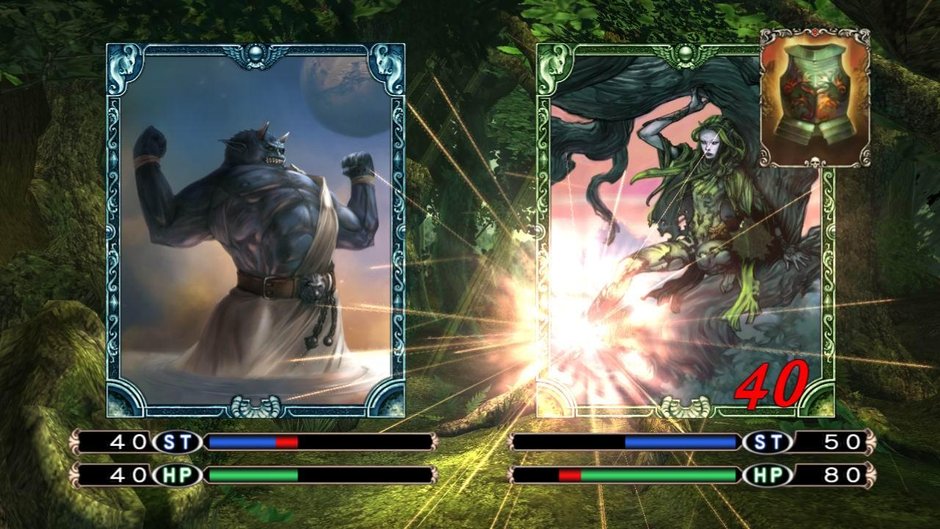 Once you’ve worked out Culdcept’s basic system, you’ll find it allows for some brilliant if volatile play. It’s kind of like playing Magic: the Gathering and Risk at the same time. You build a deck of CCG cards and roll a die of varying size to move your character around a board, trying to accumulate more magic power by using your summoned monsters to control and defend your territory, or seize an opponent’s. You can invest magic in territories to make them more valuable, and increase your magic by visiting a board’s Forts before returning to the Castle. The goal is to be the first person to return to the Castle with a winning amount of magic power. This can take a few minutes or a few hours depending on the size of the board, the number of Cepters competing, and the quality of your deck.

The main problem with the Xbox 360 version of the game is lousy production values. The graphics are ridiculously primitive, and you aren’t allowed to skip the surprisingly lengthy (if simple) combat animations. While some of the cards have wonderful art, some art from the PS2 version is reused, and it looks a little dreadful in HD. Character models are relatively crude and move stiffly. Although battles are extremely long, you’re severely punished for trying to “suspend” a match in progress and return to it later. The interface is, overall, far enough away from user-friendly to be actively user-hostile.

More generally, it has the problem of being a game that not just rewards grinding, but basically requires it. Your post-match card rewards are random, so the best way to build up a good deck is to pick an easy opponent and battle them repeatedly until you get something useful. You really have no way of telling whether or not your deck is up to snuff until you’ve tried to beat a new opponent and failed at it, and sometimes you can win by dumb luck even with a weak deck. You can also lose by dumb luck with a great deck, if you get a series of rolls that are bad enough. Basically, the better your deck is, the less of a factor luck is going to be in the match outcome, but it’s always going to be a pretty major factor. If you’re a player who can’t stand this sort of randomization, you don’t want to play Culdcept. It’s arguably a major flaw in gameplay even if you do, as the only real way to compensate for the system’s inherent randomness is to sink extra time into grinding for cards. 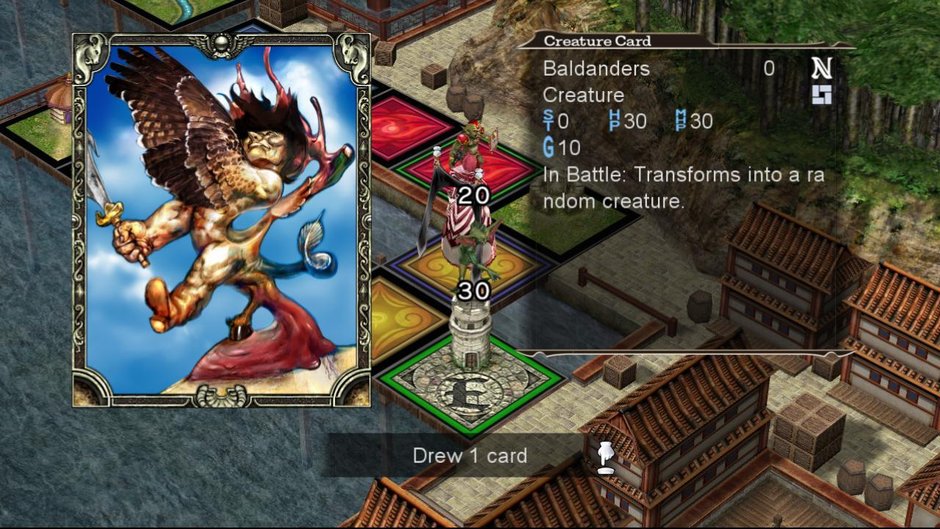 Culdcept SAGA isn’t without charm, though. The single-player campaign that lets you build up a library of cards by beating AI opponents features surprisingly good voice acting and a story with some genuinely interesting moments. Some battles have great music, though there are some songs that will make you thankful for the 360’s custom soundtrack option. It’s not an incredibly long single-player game in terms of new levels, but grinding and the inherent length of matches is going to tack dozens of hours onto the time you spend with it. Culdcept supports multiplayer for up to four people at once, with both competitive and co-operative options. Friendly matches are extremely fun, since the flexibility of the CCG system allows for a lot of wacky theme decks. Competitive play ultimately felt a bit cheapened by the sheer randomness of the die, so I can’t see anyone wanting to play this solely to climb the Live leaderboards.

There are people for whom Culdcept SAGA is going to be a revelation, a game that consumes delightful hours of play. FAQ writers will have a field day trying to document its complex system of monster and spell effects, and offering up different deck-building formulas. On a basic level, this is a game I really enjoy playing for a few hours a day. Yet, I still can’t say it’s a good game in the traditional sense that people expect console games to be good. The sheer randomness of the game is frustrating when coupled with the length of most matches. It is arguably much less fun than playing any ordinary board game or card game, even though it inarguably offers a unique experience. 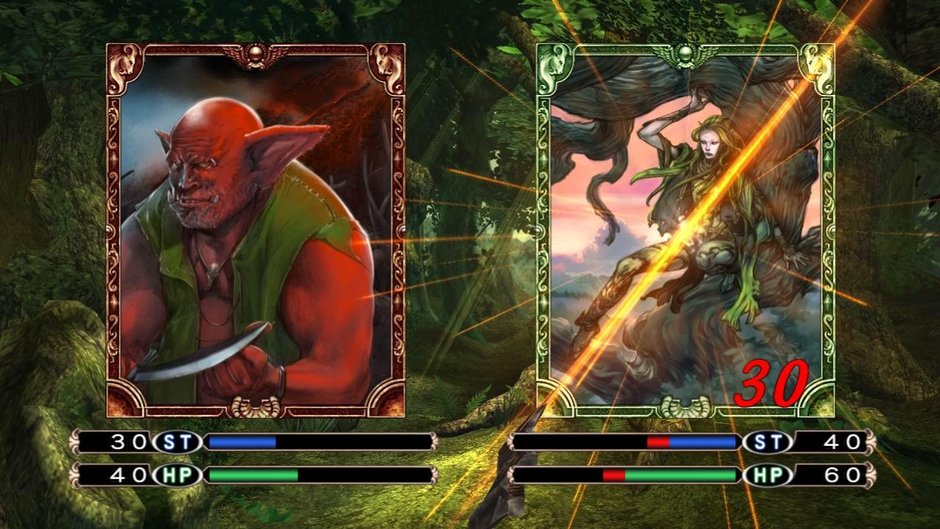 It doesn’t seem fair to say Culdcept SAGA is bad, because it’s not. Still, it’s missing too many obvious features to really pass muster as well-designed software. The demo on Xbox Live is a lousy representation of what the gameplay is like, so I’d definitely suggest renting this one or screwing around with a friend’s copy before buying it. If it doesn’t click with you, you’re probably going to hate it. If you like it even a little, you may find yourself loving it.