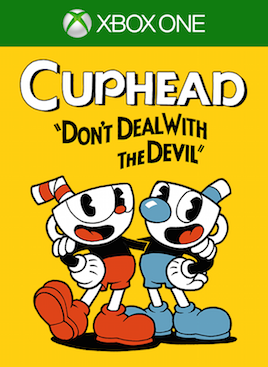 There haven’t been many games as of late that have invoked my former eight-year-old self. The self that often spent hours trying to best some painstaking, anger-inducing level or end boss. Of going from that pre-established irateness to delightful bliss in the space of a few minutes; games like Furi are an exception and while some may mention a certain Action RPG by FromSoftware, sadly I don’t share much of that same sentimental delight. I was even more grateful then for this pedigree of games, games that so gracefully, devilishly whisk us back to a time when accomplishing one’s goal — through whatever form it took — actually meant something. And not just a general something, but a profound kind of “something,” all the while remembering not to get lost in their own myriad of youthful wonder and nostalgic bliss.

While it’s hard to similarly excuse a game like Cuphead from getting lost in its own crazed trip down the memory lane of animation’s past, to its credit (hell, a sizeable chunk of credit), the blatant 1930’s influence that hallmarks the visual style and aesthetic to Studio MDHR’s debut is unquestionably one of the game’s many, unassailable joys to behold. And thus part of the reason why Cuphead — more than three years in the making — will live long in many a memory. What starts as some striking yet brilliant homage to that era of cartoons, from its hand-drawn character art to the soft watercolor-painted backdrops, even the slabber of visual “noise” and out-of-focus dispersion between the foreground and background visuals does little to detract from the spectacle on display. Much like its inspiration, it only amps up the experience more so — long before we even get to tackling the gameplay itself.

As a still, Cuphead unquestionably stands out among even the most visually stunning of independent releases as of late. In motion however, it’s an entirely different story — one bleeding with impeccable detail and plentiful moments of “did that really just happen?”. Everything about MDHR’s visuals, specifically the animations to each and everyone of its bosses, more than deserves a second-looking. Bold, brash, expansive, even a little crazy at points; long before you’re at the point where the near-erratic and twitch-heavy demand that is the main shooting and movement mechanics become but mere muscle memory, you can’t help but take a step back and simply admire the work-load and indeed effort put into bringing this once static ensemble of hand-drawn frames to life. A frivolous display of action and emotion, regardless of how over-the-top and solely catering to the old-fashioned aesthetic it is. 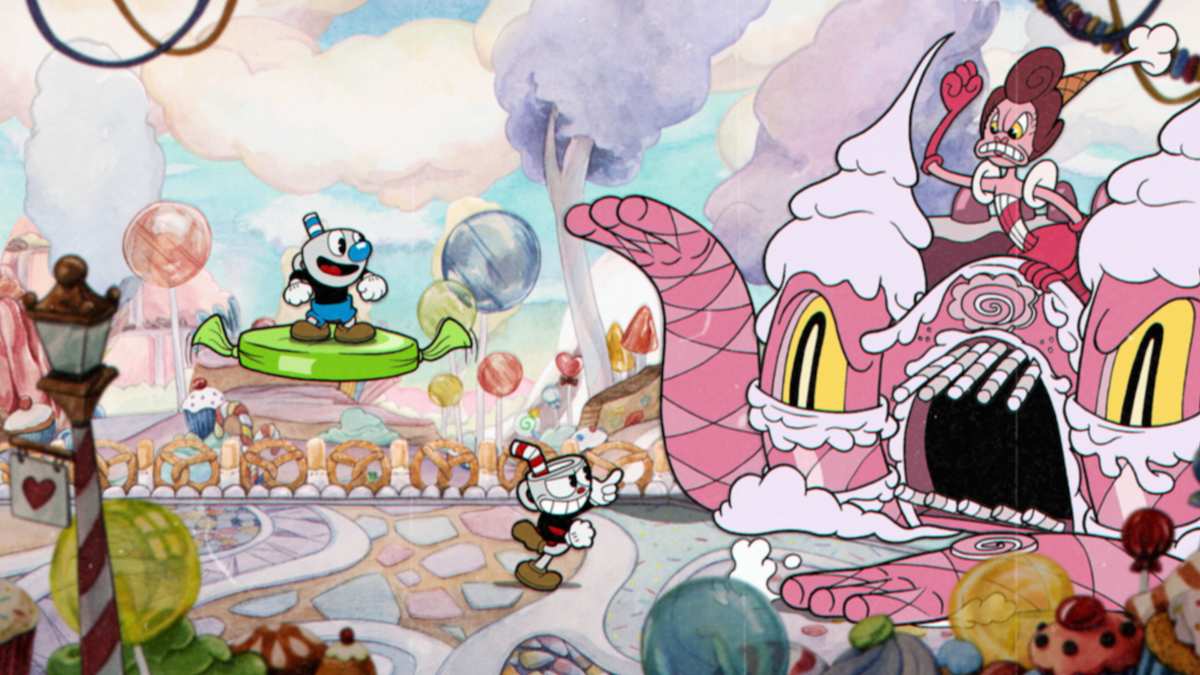 And then you move onto the music which, like the visuals, only goes to amp up how deeply embedded but faithful the game is in recreating the vibe of 30’s design. Raggedy piano melodies, bursting brass sections, string sections and drum beats that whizz by in heavy staccato bursts; without question the music matches the game’s frantic pace and then some. At points, the added layer of vocals (in places where perhaps you wouldn’t expect) further proving the World MDHR have created in both its design as well as its cast of characters, is indeed crazy, but most certainly built with purpose. So of course, let’s move [finally] onto the gameplay — the real reason why Cuphead is more than just a pretty face and voice in what is an industry awash with attractive visuals and in parts, unfortunately, little in gameplay. For certain Cuphead matches the ambition set out by that which surrounds the main run-and-gun platforming at its heart.

Outside of a handful of bosses in the game’s penultimate section, all foes you encounter in the game play out through a series of “phases” with which your only means to whittle down an enemy’s unseen health bar is by firing relentlessly with your character’s gloved, gun-shaped hands. The only way of knowing how far you are in the process, sadly, is by way of the Game Over screen — indicated by a silouhetted character running along a track with poles marking the transition between phases. Where early bosses will often offer up somewhat-readable attack patterns and easy-to-dodge bullet-fire of sorts, Cuphead fortunately cranks up the challenge the further you progress into the three closed-off regions — the only means of progressing from one to another is by of course defeating the bosses that populate that neck of the woods. Not only does the game scale the difficulty via the amount of stuff you have to avoid and deal with, but more impressively, does so by devising completely different forms and shapes if you will to which these barrages and salvos of hostile fire form. 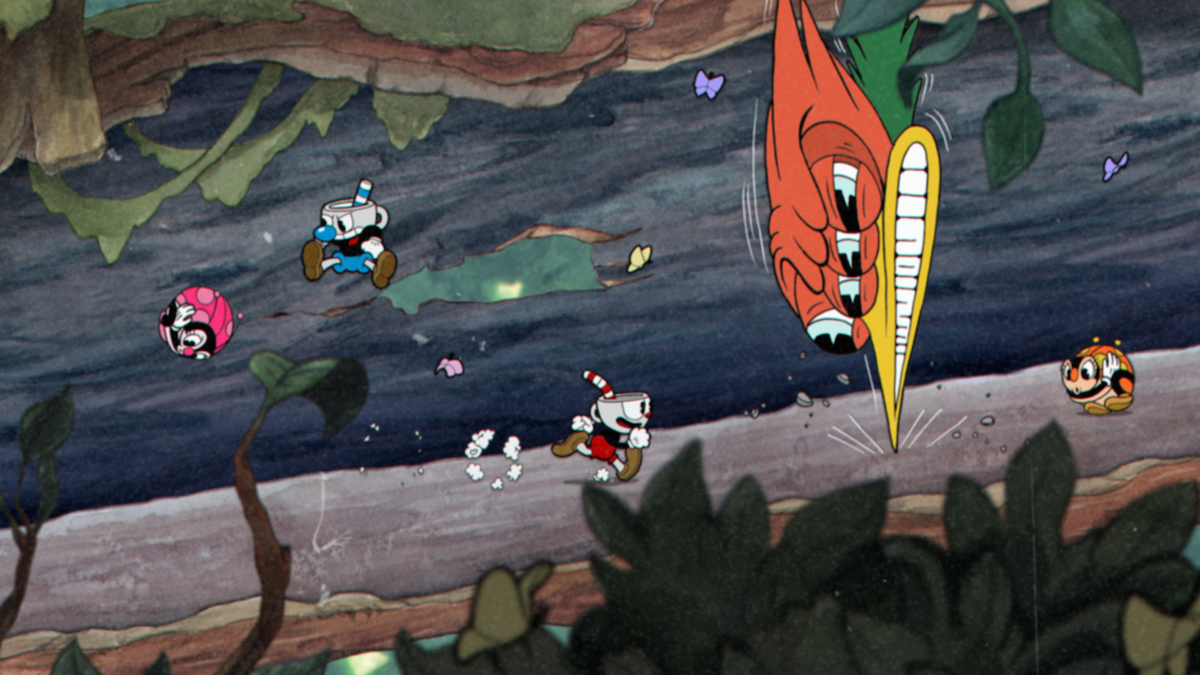 It’s not long before the game evolves from simply having one attack per phase, up to numerous attacks per phase, which then climaxes with numerous enemies using numerous attacks per phase. Without question, Cuphead is a challenging affair, one demanding the most calculated of moves and precise allocation of time to sink more bullets into the boss in question. Though enemies rarely show a kind of visceral effect of being fired upon — merely acting as flashing bullet sponges the more damage they take — it never takes away from how stressful, anxious but above all else immensely satisfying it is to crawl that one step closer to victory. Only to die yet again due to the most amateur of mistakes.

But it’s the reason why inevitable victory — whether it’s by way of one death, ten deaths or even fifty deaths — is so incredibly satisfying to achieve and there’s not one battle throughout the game’s four-to-five hour length where it’s absent. Everyone of the game’s engagements, even the ocassional run-and-gun levels that act more as traditional platforming segments — and even throw up a mini-boss at the level’s climax — are wonderfully orchestrated to bring out both the good and the bad of its player’s skill and yet, all the while, delivering an objective that is challenging, but fair. Regardless of the amount of four-letter swear words one hurls, one of Cuphead‘s more respectable assets is how well its within-reach sense of victory resonates. Very few (if any) of the game’s assortment of bosses come across as “hard for the sake of hard” and that’s down in large parts to the elaborate ways such battles play out in — making sure to provide players with enough opportunity to read, map-out and plot a course through the carnage, while at the same time providing just as many red herrings or subtle little traps to lure players into a regrettable sense of amateurish mistake-making. 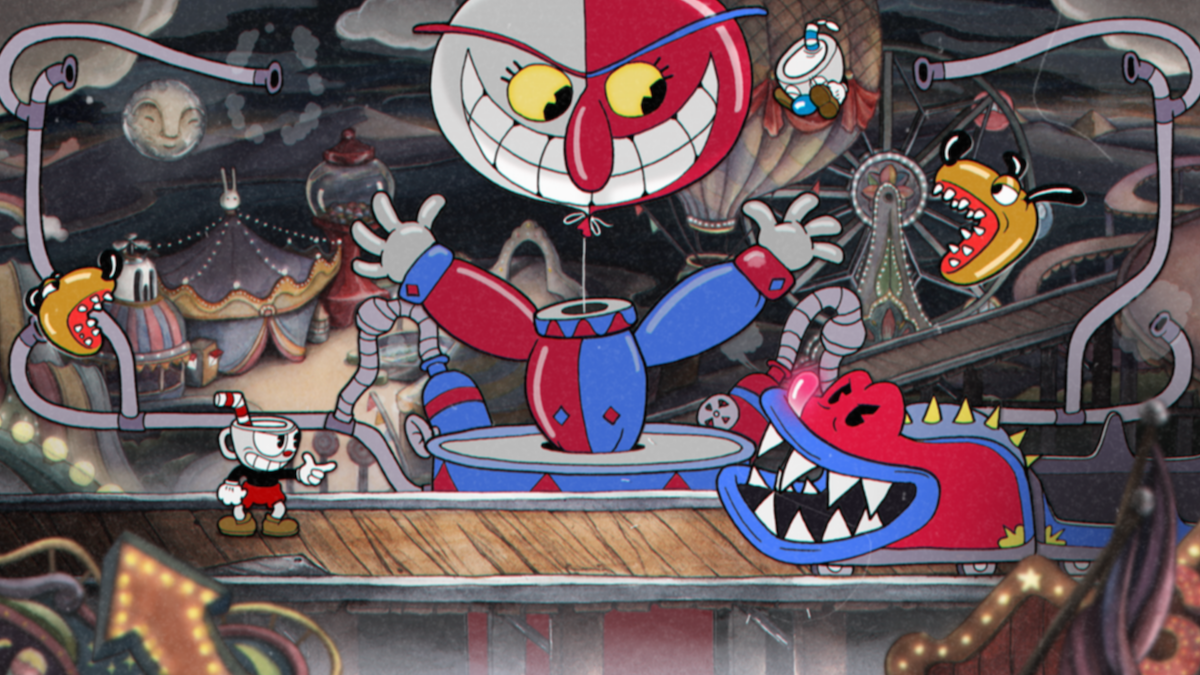 There is of course a customisable aspect to the game which comes in the form of the differing weapon variants and additional perks you can purchase from any one of the shops littered about the game’s World. While you can in theory get away with your starting default weapon for the most part, the game once again strikes a clever balancing act between directly stating the need to change how your bullets move about the screen…and subtly advising that a little bit of experimentation could, perhaps, go a long way. Another side to the game’s offer of choice — and one that deserves attention — is how it treats the option to select difficulty at the start of every battle. While it may sound off-putting to describe this as but the illusion of choice rather than genuine choice in of itself, the benefit to the way Cuphead approaches this — that the only way to progress is by beating bosses on Regular difficulty, regardless of whether or not you’ve already fought them on the lower difficulty — is, once again, in the way it subtly advises the player on willingly wanting to get better at the game. Thus, being better prepared for the even more chaotic and twitch-heavy later levels which, admittedly, do veer into the seldom seen realm of off-putting.

Cuphead does, much like its latter bosses and set-pieces, falter on the extremely rare case. Notably with its parry system, wherein certain-colored items or even enemy projectiles can be used to not only act as a mechanism to double-jump (and in a consecutive fashion thereafter) but can also help full up your character’s special meter at a quicker pace. Unfortunately the manner of detection with which the game’s back-end uses to distinguish between a successful use and costly hit (with which, like anything else, takes one of your three precious HP points away) will mean that some supposedly well-timed moves could in fact count as a hit on your part. Other odd showings are the form of detection between yourself and enemy characters which again will cost you HP should you come into contact, though sometimes the game seems indecisive on whether a point-blank position in fact counts as a form of collision or not. It’s these small, minute but (at the most critical of times) obvious details that unfortunately deny the game from being a truly flawless experience. 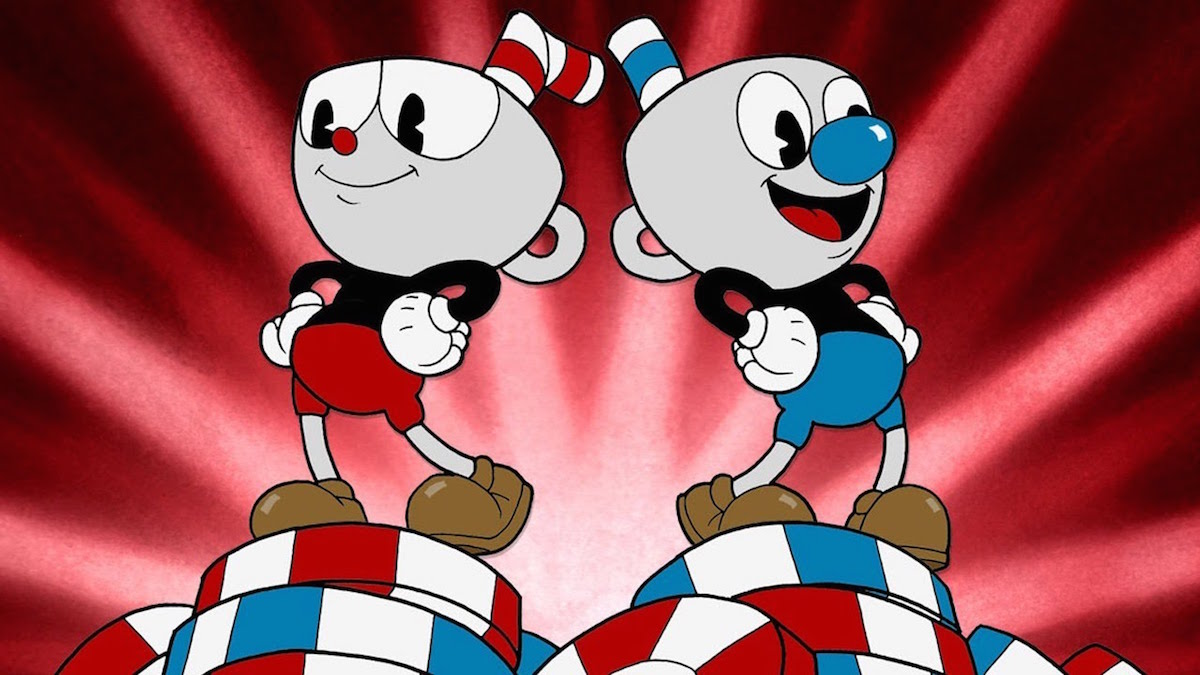 And yet, while there will likely be times where it seems like the game has cheated you out of a successful parry or likewise isn’t sure what counts as a hit or not, it goes without saying that for a studio that had to remortgage just to finish it, what Studio MDHR have crafted here over the course of three years is a special, once-in-a-generation type of game. Cuphead would have flourished on its brilliant art-style and visual aesthetic alone, easily. Yet what truly sets itself apart from anything released over the past ten years is how well everything else binds together. A gameplay loop that constantly throws more and more unique ideas at the player; a soundtrack that energises the maddening antics of its visuals even further; a situation that is equal-parts chaotic as it is psychologically immersive. Though it misses out on being crowned a perfect game, believe me when I say that it’s not by much. Its faults may crop up at the most pivotal of moments, but even that takes nothing away from the generally electrifying sense of joy to be found from a game of this vigor and caliber. Cuphead truly is one to cherish.