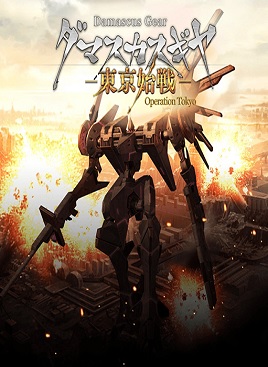 Damascus Gear: Operation Tokyo from Arc System Works is what you would get if Armored Core had a love-child with Diablo. This action-centric mecha game is light on content but heavy on combat, making for an experience that, while lean, is a fun way to kill time on the go.

Think of Damascus Gear as an action game with a plethora of loot drops, where loot drops equal new mech parts to in turn customize the player’s ride. It’s a formula that’s been part of video games for decades, built around player psychology of “kill X with Y, to get Z, where Z is better than Y, which makes for killing X the next time around easier, which of course rewards an even better Z.” This simple system of rewards and reinforcement keeps players engaged and interested, always pushing forward. This philosophy is front and center in Damascus Gear as this is just what it has to offer, and not much more.

Operation Tokyo sees the player assuming the role of rookie pilot joining a military unit designed to counter and destroy AI-controlled mechs. It’s a Terminator SkyNet kind of thing where computers have gone somewhat sentient and are hellbent on destroying humans; a fine, post-apocalyptic setting to be sure, but one that’s nevertheless well-troden ground. The problem with Damascus in this regard isn’t its premise, rather how it delivers its tale, which is through dialogue before and after missions. There’s no voice acting and the characters are never extrapolated upon in terms of history of motivation, leaving these talking segments devoid of personality. In fact, had we not been reviewing the game, we would have eventually started mashing the confirm button to get through them all without actually reading anything. So, if story is an integral part of the gameplay experience for you, look elsewhere in order to scratch that itch.

Since there is hardly a compelling tale to be told, Gear relies on the aforementioned gameplay as the focal point of its offerings. Players first start off by customizing their mech with parts earned through missions. Killing enemies and generally performing well grants new items and weapons that the player can then arm their walking death-machine to the teeth with. There aren’t a plethora of options, but there are enough to keep things interesting. In fact, we found ourselves plowing through missions just to see what enemies would drop. In the customization screen, players can also color each aspect of their mech to really make it their own. It would have been nice to have an even wider array of options for aesthetic creations, be that decales or even user-generated insignias, but alas there’s only the color wheel to make do. It’s still neat all the same, and as indicated, was the high point of the experience. 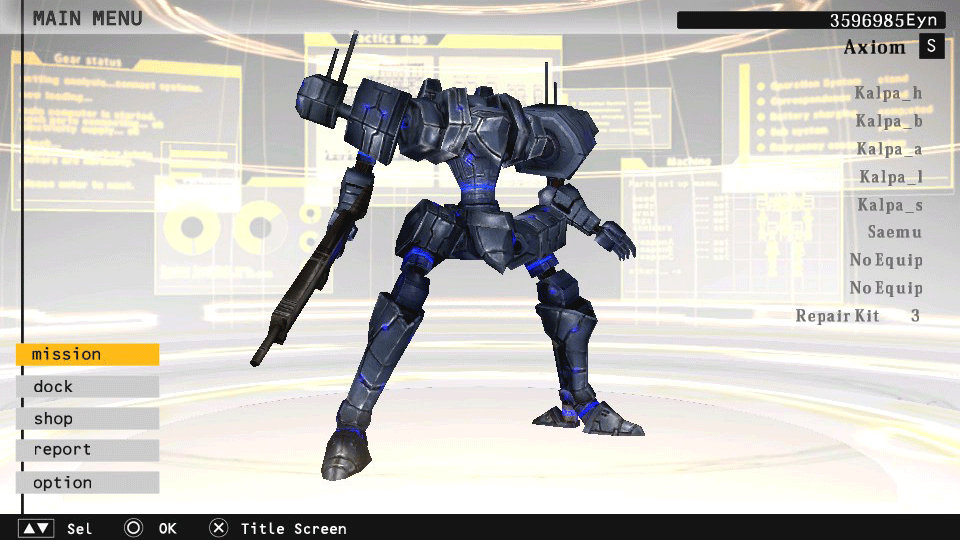 After players equip and loadout their mech accordingly, it’s off to a mission. These mostly play out the same in that they see players piloting their machine either solo, or in the company of a few AI-partners. Unfortunately, for a game that emphasizes combat so much, the controls here can feel a little wonky, requiring practice in order to get the hang of. This is mostly due to aiming and movement being assigned to the same joystick, so it becomes a matter of trying to line up one’s character through clever strafing and lock-ons. Once someone is locked on to the enemy, then they can zip around without worry of losing their aiming. But locking on sometimes means getting just in the right position for the game to recognize which direction your facing relative to the enemy. It makes some sense with time and effort, but even once the system is understood, it still means not being able to destroy enemies at the rate to which players would like.

Aside from actual movement, players must manage dodging enemies via boosting and of course bringing the fight to them. Depending on the weapons equipped in the loadout phase will dictate if battles will be up-close-and-personal, or long-range firefights. We found that a combination of melee and rifles offered the most diversity and challenge, allowing us to tackle basically any scenario with some degree of efficacy. It’s too bad, though, that the action is always the same. Mission objectives and enemies don’t offer much variation and aside from the occasional boss, it sort of felt like we were just blowing up the same foes over and over again. 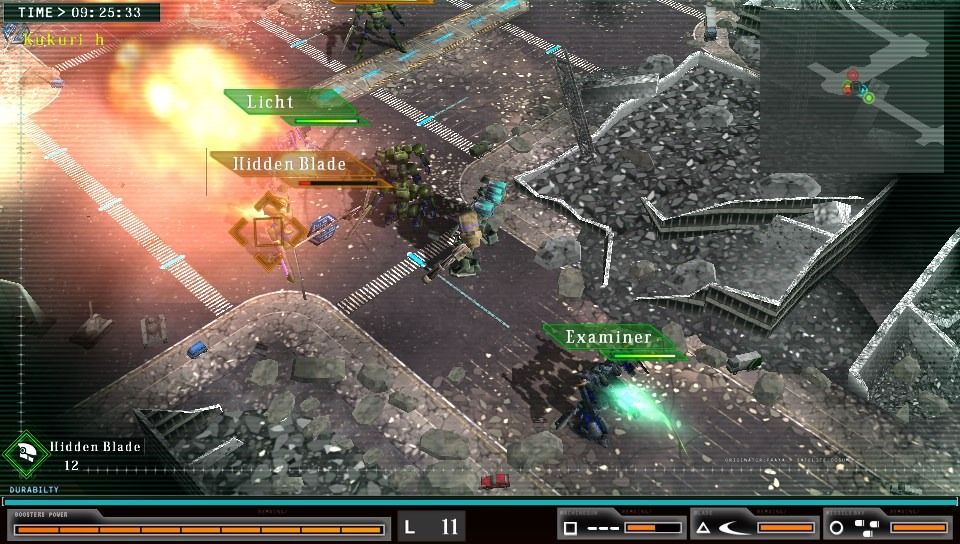 On the flip side, there’s a boatload of missions to partake in, so there’s hours upon hours awaiting folks in terms of content. It’s just too bad that, even on down to the environments, Damascus Gear feels like a game on a budget that lacks gameplay variety. Don’t get us wrong, there’s room in the gaming world for budget titles, but even such games can be handled with a manner of diversity — and that just isn’t present and accounted for here all that much.

At least the game is attractive in motion — really, it’s quite striking. Animations are smooth, explosions pack a punch both visually and aurally, and seeing one’s customized mech reflected in the game world is inherently fulfilling. Don’t expect much in the way of a convincing OST, though, because the soundtrack repeats as much as the gameplay. The track listing is diminutive, so get ready to hear the same wailing guitars and driving percussion over the course of the endeavor. 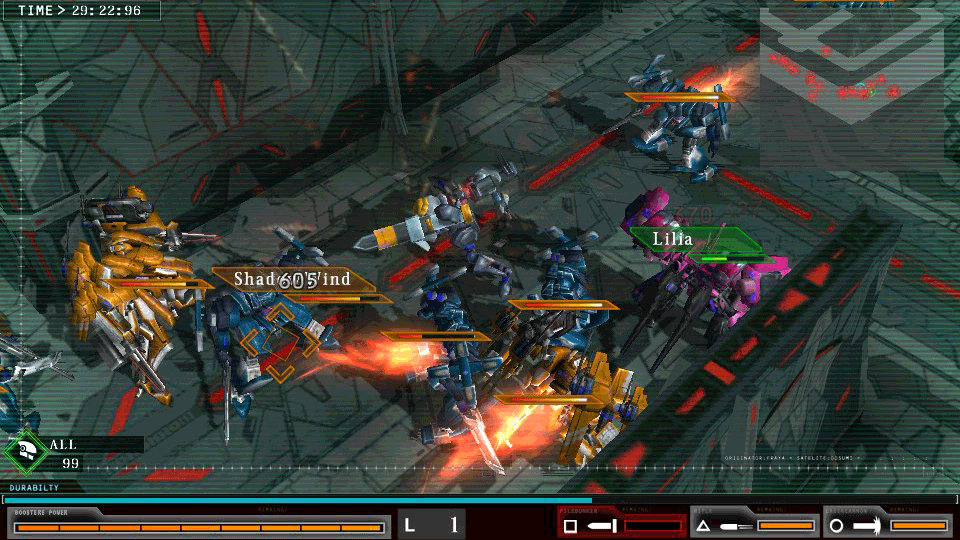 The bad part about Damascus Gear: Operation Tokyo is that there’s just not a lot to sink your teeth into. It’s essentially Diablo with mechs, if Diablo was a mobile game and lacked interesting, varied content. The action is passable, but it’s never more than that. It could have benefited from some kind of multiplayer component, but that probably wasn’t in the budget. Arc System Works is onto something here, but this without question feels like a first-attempt. We hope they build on it, because it has the potential to be something, but as it is right now, this is nothing more than a shallow, poor-man’s loot-hunt for those who like Mobile Suit Gundam.