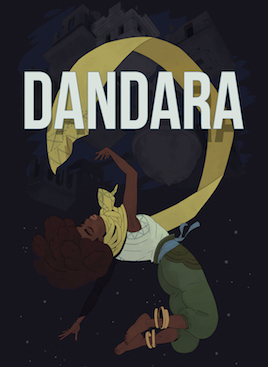 Nailing down commonplace exploration is something rarely found amiss in the recent flock of Metroidvania titles among the independent scene, regardless of whether they end up cheap imitators or bring more than just a series of items to collect and previously-inaccessible areas to return to. As a consequence — perhaps through expectation, more than likely a result of the frequency of iterations released as of late — the pass-mark for a great title is considerably higher. Axiom Verge triumphed with its atmosphere and surprising intertwining narrative; Ori dazzled with its art-style, not to mention its heartfelt story; Hollow Knight succeeded through its world-building, as well as its focus on action-orientated combat; SteamWorld Dig’s novelty and unconventional premise on mining for resources won many over. All of which got the basic structure correct sure, but succeeded because of the ways they built on that formula. Relying, crucially, on more than just our love for the genre.

But now, it’s Long Hat House’s Dandara that stands as the latest entry that passes the test with flying colors, when it comes to making a game atypically Metroidvania in style, but in fact is so much more in end substance. If you hadn’t already guessed from the above header, Dandara’s initial concept is that in the mythical-surreal world of Salt, gravity is not simply dictated by one direction, allowing the titular hero to quickly leap from surface to surface, entering through the supposed “wall” one moment and exiting through the “ceiling” the next. While the means for further exploration is relatively untouched from the standard formula — visiting and revisiting contrasting, subterranean regions that range visually from woodlands to bright caves, to an aged manor and even a cyber-styled base of sorts — it’s everything that goes on around this that gives Dandara its pleasant yet sinisterly seductive allure.

It’s an odd but ultimately positive thing to remark on, but at its best, Dandara hearkens less to the genre it’s clearly stapled to and in some cases is more reminiscent of the Souls philosophy as players bounce their way between one surreal visage to the next and perhaps get a little too ahead of themselves. Whether it’s something as obvious as the allotment of relief-inducing camp-fires that act as both save/spawn points and the means at which you upgrade Dandara’s life/power-bar, or in fact the sinisterly false sense of security has you unknowingly carve out with its cunning enemy placement, Dandara clearly aims to be challenging, but in a way that’s fair. Yet rather than being some Frankenstein’s monster of mismatched halves, developer Long Hat House somehow manage to find common, middle-ground in among their influences. And for what is a slew of cross-roads, Dandara‘s driving principle — being more considerate with one’s actions — is one that works to tremendous effect throughout. 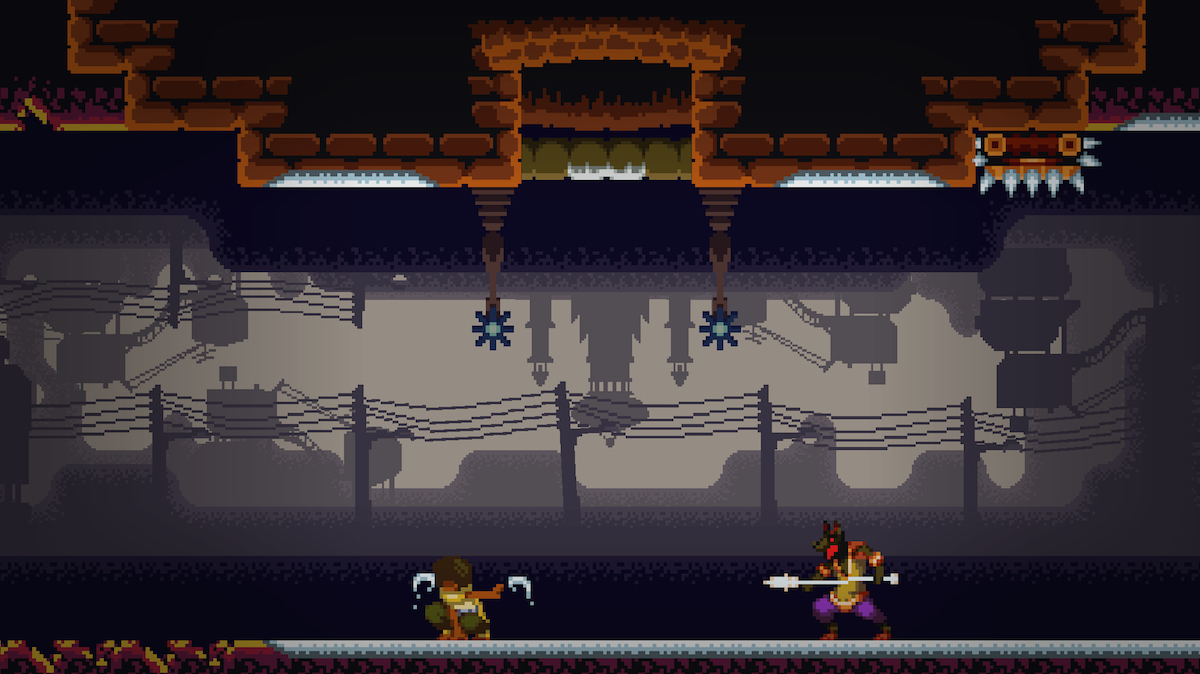 There are nods to action-orientated combat (with its twitch-heavy, reflex-bound, hopping back and forth), run-and-gun dexterity, the beloved shmup through its love of bullets to dodge — picking out the most player-engaging elements of all these to create an adventure that while does lavish at points with some pleasant (if not entirely immersive) pixel-art backgrounds and lustrous use of color, triumphs more so at not having its explorative foundation and nature weigh it down. As noted, the combat/endurance layer to Dandara is what comes to define it most of all — simple in its initial set-up in giving players a limited-range beam of sorts they can use to destroy enemies, blow away obstructions and use to salvage fragments of salt that act as currency for upgrades — but ending one’s offensive capabilities right there. The additional catch being that not only does your beam carry a brief warm-up and resulting cool-down to use — meaning you can’t just spam your way to victory — but it also has a limited range, encouraging an ongoing and active use of the environment to make careful, strategic leaps between floor/wall/ceiling in order to get the drop on an enemy. Or in some cases, a horde of enemies which range from simple insects and kamikaze-style drones to abstractedly psychedelic foes whose attack patterns require a more precise use of movement.

There are no health-packs or means to recover from a hit aside from a set number of vials (similar to Souls‘ Estus flask) that refill your heart containers so the emphasis is placed more prominently on a player’s decision-making as well as the world with which Dandara paints in a steadily contrasting aesthetic that is neither organic, synthetic, reality or dream-like. And most importantly, not exactly consistent either. The world of Salt isn’t necessarily pinned down to one particular theme or tone and while the narrative comes and goes in a relatively “take it or leave it” affair — which thankfully doesn’t jostle for too much attention away from the core gameplay — this does mean that a lot of Dandara‘s stand-alone rooms and areas are merely disposable in the short-term memory and as such don’t really carry all that much staying power outside of being but one more square/oblong-shaped interior to trudge through. Maybe even providing you the next acquirable unlock or upgrade. 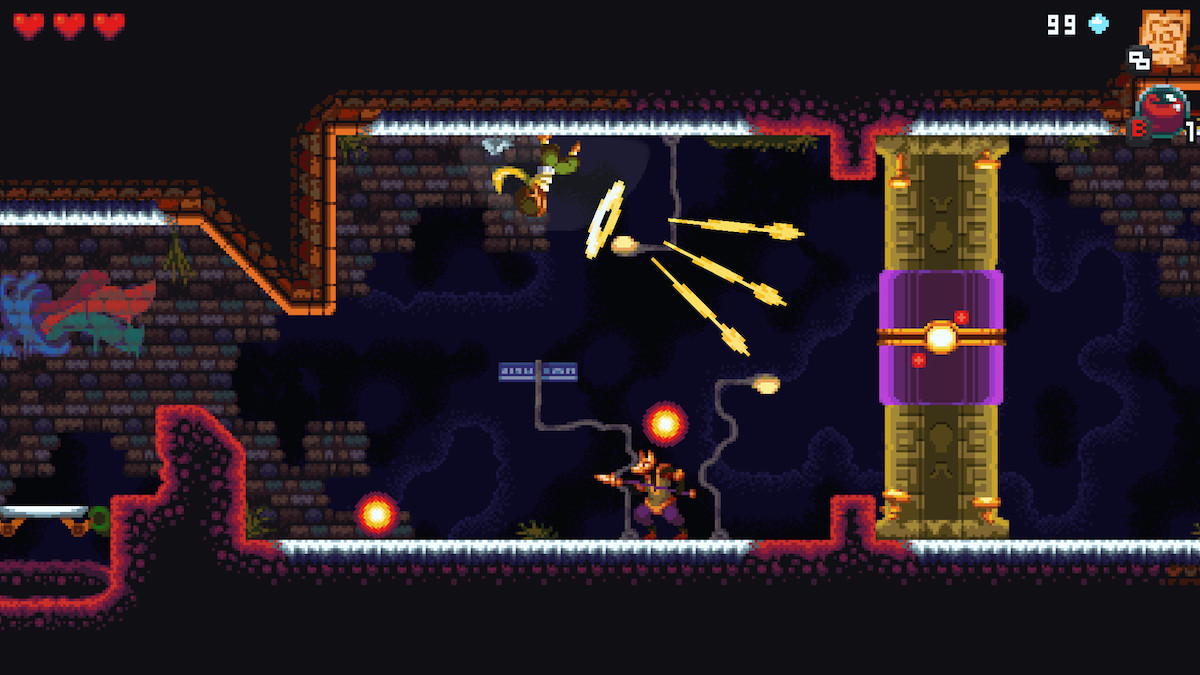 In that sense, Dandara‘s tale quickly seethes into the backdrop with little relevance outside of the occasional cutscene reminding players of the titular protagonist’s would-be motives or goals. Fortunately the game doesn’t rely too much on the prominence of its tale to motivate its own players forward — indulging (and perhaps gaining a greater amount of frustration) in the challenge put before you. Making one’s way through tense boss fights and maddening set-pieces alike — a notable example being an extended “corridor” of sorts whereupon players desperately avoid getting hit by machine gun fire and lasers alike so as to infiltrate the enemy base.

Strange as it may seem for a game so clearly belonging to a genre all about exploration and item-gathering, Dandara‘s greatest strides instead lie in the joy of getting past a seemingly never-ending slew of enemies and pitfalls with what limited health/power you have at your disposal. An almighty sigh of relief as the next camp-fire transition onto screen. Again, the game’s selective yet careful borrowing from other genres — in this case particularly, feeling at points like a SNES-era platformer during the latter stages of some tough-as-nails level — imbues it with a sense of stylish confidence few games have dared to present. There are moments with a fair bit to take in and notable factors to consider before one even makes a move, but the only thing better than a flurry of platforming segments sprinkled with enemies is the satisfaction in coming out the other side [predominantly] unscathed.

Admittedly, Dandara is not without a few quality-of-life details, particularly when it comes to navigating the world or more specifically orientating one’s self with the main map. For a game that has you enter and exit on differing surfaces, the ability to rotate the world map so as to get one’s bearings is surprisingly absent as is the lack of a chart with color-coded symbols (to indicate, for example, panels that only activate upon meeting a specific character and acquiring a mandatory skill) that could have mitigated a few notable frustrating sections running around in circles looking for the one-and-only correct route out. It doesn’t help that the map in general lacks any specific detail outside of its basic geometry, and at the very least, the location of the nearest camp-fires. 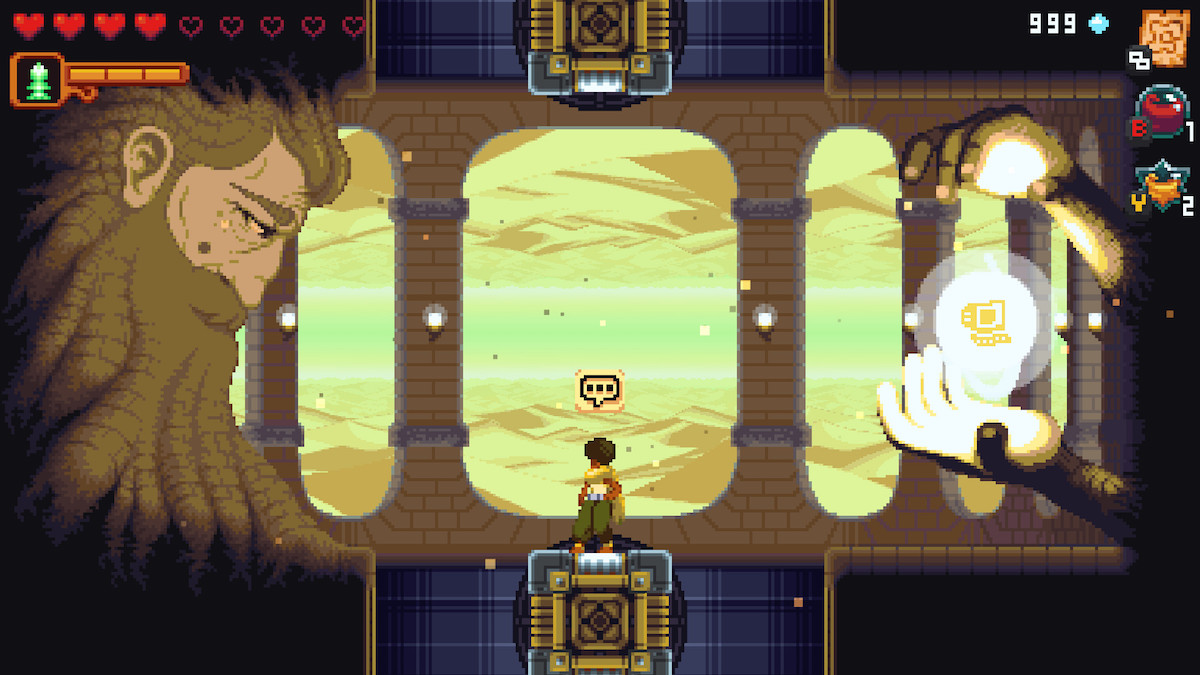 Even so, Dandara‘s seemingly-impossible feat at combining elements of platforming, combat and strategy within its explorative template takes some doing and is almost an accomplishment in of itself. To have that play out across a game that’s both challenging and rewarding shows just how well it succeeds at tackling the Metroidvania philosophy while adding to it. Where its movement and controls excel because of their fluidity, it’s the more strategic mindset of its set-pieces that give the game its lasting identity — one Dandara delivers with both confidence and finesse. While it may not be the most narratively-engaging or atmospherically-consistent outing of the bunch, the gameplay stands front-and-center and provides a Metroidvania that’s immensely satisfying to approach and inevitably conquer.